It has been reported that the Biden administration is contemplating supplying the Ukrainians with Switchblade loitering munitions. According to NBC News two congressional officials involved in the decision process have informed them that this is currently under discussion. Should this occur, it would provide the Ukrainian resistance engaged against Russian forces with a formidable new weapon. 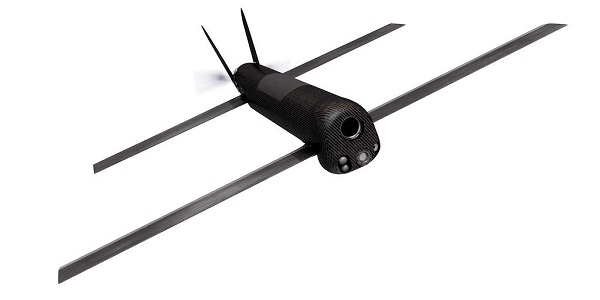 Switchblade is what is officially known as a “loitering munition” but probably better known by the colloquial name of “kamikaze” or “Suicide drone”. And that, in essence is what it is.

The weapon is a small operator-controlled UAV that is piloted to a target and then attacks it, generally by crashing into it and detonating a charge or else with the use of a directional fragmentation warhead. And when I say small, well, it can be easily backpack carried to the launch area.

The Switchblade 300 is a small antipersonnel weapon. This is a guided munition that measures about 2 feet in length and weighs 5.5lb (c. 2.5kg) for both the launcher and the projectile.

Set up takes less than two minutes, but considering that it has a 10 km range, that isn’t too much of a concern. Speed is 63mph, with a dash speed of up to 100 mph for final attack if need be.

In short, the -300 provides the ability to place the equivalent of a grenade with barely any warning directly onto enemy personnel from 7 miles away.

In fact, loitering munitions are in use by both sides already, and the Ukrainian made ST-35 has apparently seen some use.

What the Switchblade’s bring, should they be supplied, is the huge potential numbers that could come into play if the US places a large order for Ukrainian use.

Considering that the Russians have suffered extremely heavy casualties from Ukrainian forces using conventional weapons and ambush tactics, the prospect of the US providing substantial numbers of these weapons would represent a significant issue to the Russian invasion force.

But this could be substantially worse for them if the US supplies the Switchblade 600.

This system is larger, with the missile weighing in at 33lb (c.15kgs) and total system with munition and guidance module coming in at 120lb.

But the -600 has a much larger warhead, being designed for anti-armour and anti-material use. This is combined with a range of at least 40km (25 miles) and then the ability to loiter for 20 minutes at that distance looking for targets. And that would make it an ideal counter for the majority of Russian conventional artillery.

Considering that cities such as Kyiv are currently under artillery bombardment, a major cause of civilian casualties which in turn is one of the major pressures on western politicians to intervene militarily, supplying the Switchblade 600 could be a major step in reducing the Russian ability to bombard Ukrainian cities.

With the -600, most of the artillery in the Russian inventory firing on Ukrainian cities could be located with spotter drones or anti-artillery radar and Switchblades deployed to neutralize them.

The Switchblade is also expressly designed with the intention of being used en masse – the proverbial drone swarm – which raises the prospect of not just single artillery pieces being destroyed, but entire batteries and their supporting vehicles.

Plus such an attack method would be extremely effective against any major offensives launched. After all, it is one thing to throw scores of tanks against conventional defenses. But throwing them against small aerial drones that swoop down in their dozens and precisely destroy every armoured vehicle on the field?

That is the stuff of field commanders’ nightmares.

Of course, this is all contingent on the US supplying them and in sufficient numbers to make a difference.

But if they do, we might soon see Russian losses move from heavy to catastrophic.