When President Nixon went to China 1972 he began a period of détente between the United States and the People’s Republic of China that would see the two countries increasingly work together against the Soviet Union.

The Chinese military in the 1970s and 80s was vast but equipped with outdated weapons. It was to help remedy this that a number of projects involving the upgrading of Chinese equipment with technology transfers from Western countries occurred. The Jaguar Main Battle Tank was created as one of these projects. 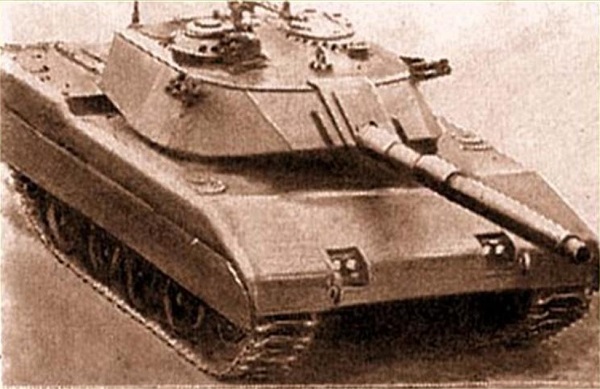 Late in 1988 Cadillac Gage (which is now part of Textron Marine Land Systems) of the United States and the China National Machinery & Equipment Import & Export Corporation (CMC for short) announced that they were jointly developing a new MBT. This vehicle, the Jaguar, would be based on the Chinese Type 59 tank, itself a copy of the Soviet T-55, which formed the mainstay of the Peoples Liberation Army’s tank fleet at the time. 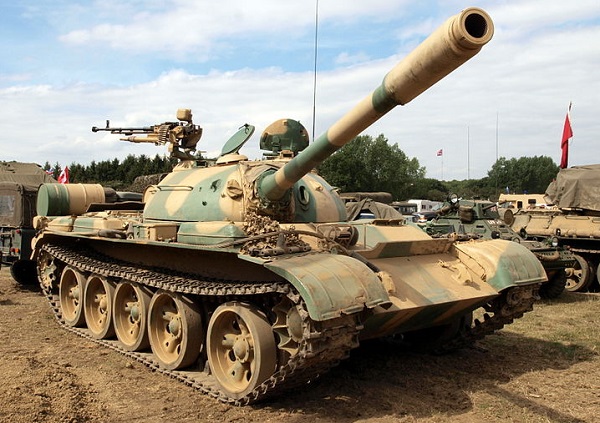 The Type 59 was primitive and outdated by the 1980s. But it was in mass production and was a simple and reliable vehicle. The Jaguar would build on this solid base by integrating modern Western technologies into the vehicle, in effect blending the two strong points of both countries defence industries in a single product; Cadillac Gage providing the design knowledge and the high technology components, the Chinese cheap manufacturing. 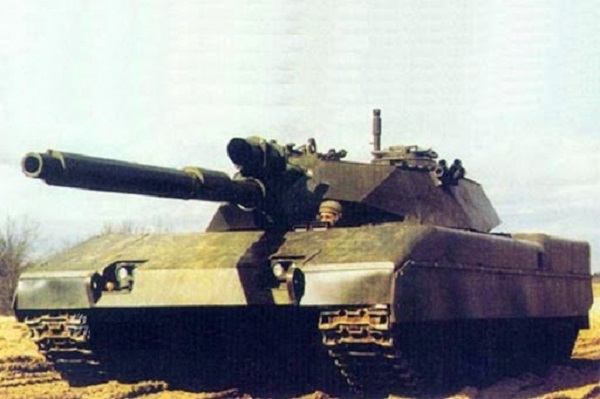 It’s important to realise that at the time the Jaguar was in development it wasn’t intended to be in the same league as the front line Western tanks in service at the time, vehicles like the British Challenger I, German Leopard II or the American M1A1. Those vehicles all enjoyed better protection, firepower and mobility than the Jaguar.

But they also cost considerably more. In 1988 an M1A1 cost between $4 and 4.5 million. Jaguar was expected to cost about $1 million once full production started. It might be inferior to the top line tanks, but you could buy four Jaguars for every one Abrams – exactly what a massive army like China needed to update its armour fleet. And despite being cheap, the Jaguar was far from being a slouch.

It had a Chinese made version of the formidable British L7 105mm cannon, which is still widely used today. This was complemented by a 7.62 mm machine gun mounted coaxially and the option of a .50 calibre machine gun mounted on the roof for anti-aircraft defence. It also had banks of smoke grenade dischargers firing forwards.

The main armament was fully stabilised and fitted with a British GEC-Marconi Digital Fire Control System (DFCS). This was the same as fitted to the Cadillac Gage Stingray light tanks and allowed the Jaguar to engage moving targets when it was itself moving with a high first round hit probability

The tank also had image intensification night vision equipment and a laser rangefinder, making the tank’s gun extremely accurate. The four man crew had a conventional layout with the driver’s compartment at the front, the three-man fighting compartment located in the centre and engine and transmission at the rear.

The main armour was that of the base Type 59, but with an added layer of spaced armour to provide additional protection, especially against anti-tank missiles with HEAT warheads. This gave the vehicle its very sleek look.

Weight wise, these additions made the Jaguar quite a bit heavier than the Type 59, 42 tonnes against 36. But automotively, the tank was much improved as well. The old 520hp engine was replaced with a Detroit Diesel developing 750 hp coupled to an Allison fully automatic transmission. This gave the Jaguar a power-to-weight ratio of just under 18hp/tonne versus the Type 59s 14.4hp/tonne.

Because it was based on a number of developed components, the Jaguar enjoyed a very rapid development program. Cadillac Gage was provided with two Type 59 MBTs by China and by mid-1989 the prototype was complete and undergoing automotive trials in Detroit, while the turret was undergoing initial firing trials. In October 1989 the vehicle was completed and began trials. By all accounts, it performed extremely well.

Unfortunately, timing is everything and the Jaguar’s was bad. On June 4, 1989, the Chinese government cracked down on students who had been protesting in Beijing’s Tiananmen Square for several months. PLA troops opened fire and tanks rolled in. An unknown number were killed, but the footage of the massacre shocked the world. The result was a rapid cooling of relations between the United States and China.

This was to spell the end of the military cooperation projects, though Cadillac Gage would continue to work on the Jaguar alone. The hope of building new vehicles in China may have ended, but Cadillac still believed that there was a market for offering upgrade packages to the vast numbers of Type 59 and T-55 tanks in service around the world.

And then in November 1989, as the Jaguar prototype was undergoing testing, the Berlin Wall came down. The Cold War was over and as a result no one had any interest in buying new tanks.

Instead the rapid shrinking of NATO armies as their governments rushed to make the most of the peace dividend from radically reduced defence spending meant that countries could buy high end vehicles like the Leopard II for a song.

And that spelt the end for Jaguar; a tank that just missed its window of opportunity. After all, had it been developed only five years earlier, it’s entirely possible there would be hundreds, possibly thousands in service today.