The Chief of Staff of the United States Air Force (USAF), General Charles Q. Brown Jr., has said that the USAF and the Department of Defense are launching a study to assess the viability of developing a new “four-and-a-half-gen or fifth-gen-minus” aircraft that could provide a replacement for the F-16. If this aircraft were to be developed it would provide the backbone of the USAFs tactical fighter squadrons throughout the 21st century. 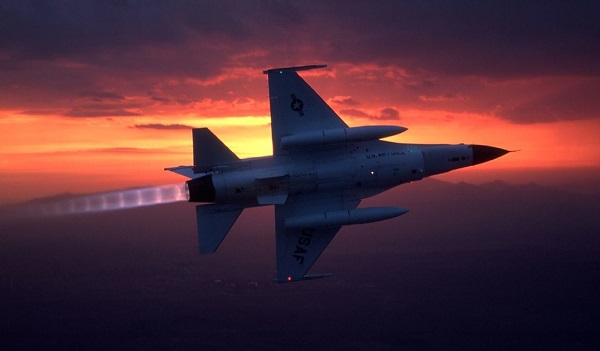 The sun sets on the F-16…or does it? Credit: Lockheed Martin

The surprising thing about this is that the USAF already has a successor to the F-16 – the F-35 Lightning. In fact, 1700 F-35s are currently on order for the USAF, more than enough to replace the current F-16 fleet. 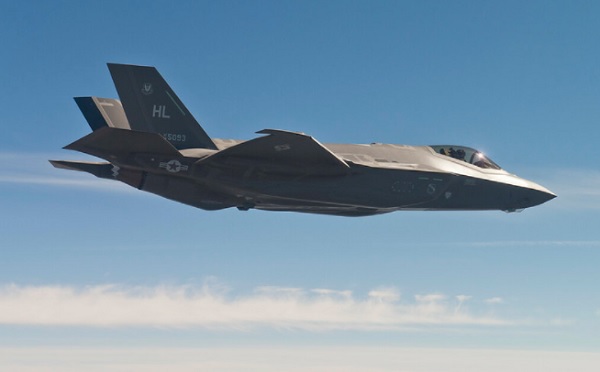 The F-35 – too much of a good thing? Credit: Lockheed Martin

So why the sudden announcement?

The F-35, though undoubtedly a formidable aircraft and already successful on the export market, has proved controversial throughout its development, procurement and maintenance cycles. In fact, it has been described as the United States most “expensive war machine ever”.

While that is likely an inaccurate description historically, there is no arguing with the fact that the F-35 program has been, and will continue to be, hugely expensive. Estimates vary widely – which is never a good thing in tax-funded projects anyway – the current projections are that the entire lifetime outlay on the F-35s could cost the United States $1.5 trillion.

Though that vast expense will provide the USAF with what is arguably the finest multirole aircraft in production, it does beg the question of is that really needed?

Currently there are no other 5th generation multirole aircraft like the F-35, and though there is always speculation about Chinese and Russian plans in this regard, it is notable that neither of these countries have fielded large numbers of fifth-generation stealth aircraft. In fact, even in the event of a peer-to-peer confrontation in the next thirty years, most of the aircraft fielded would be of the 4.5 – 4.5+ generation.

So perhaps in the F-35 we do have an example of perfection being the enemy of good enough. In fact, the USAF has decided already that in terms of its primary air supremacy aircraft, dialling down the requirement is the right call.

The F-15 Eagle, whose basic design originates in the 1960s and which first flew in 1972, was scheduled to be heavily supplemented by the F-22 Raptor, with a subsequent design fully replacing the F-15 at some point in the 21st century.

Air supremacy has long been a key US priority, and in the Raptor they got the most formidable fighter ever built, the first of the fifth-generation combat aircraft. 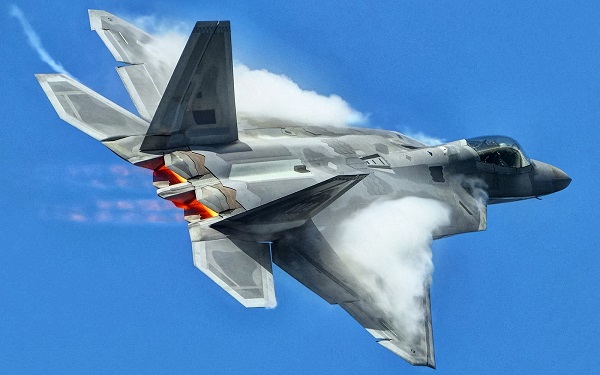 But the costs have proven too much even for the US defense budget. Just over 180 F-22s were built before the decision was made that the F-15’s in service were still perfectly good enough for the job for a few decades yet.

Now the USAF has gone the next step and ordered a vastly upgraded F-15 variant, the -EX. This integrates cutting edge technology into an upgraded airframe that, when all’s said and done, is good enough for the job without the huge expense of fielding a fifth-generation aircraft. At the moment it is entirely likely that the F-15 will survive much longer than the F-22.

We also have to consider the current direction that technology is taking. Though the F-35 is probably the most sophisticated aircraft flying, new developments like unmanned aircraft that accompany strike and fighter aircraft such as the USAFs Skyborg and Australia’s Loyal Wingman will likely provide force multiplication without the need for full stealth capability, which is the hall mark of the fifth-gen aircraft.

Of course, it could be possible that this public musing is a message to Lockheed, manufacturer of the F-35, that they need to cut costs further…or else. But it should be remembered that the F-16 has, even more than the F-15, been subject to huge upgrading and is still in production fulfilling orders for export customers.

Many of those variants are more advanced than those operated by the USAF and in fact the F-21, a highly advanced model of the F-16 being offered to India as their next primary fighter aircraft, could theoretically met the requirement if certain elements from the F-35 were integrated into it.

Gen. Brown also specifically mentioned that ideally any new aircraft would follow the same design philosophy of the new eT-7A Red Hawk trainer that is now coming into service with the USAF. This aircraft used digital engineering to radically improve the speed of the design process, with Boeing staging the first flight of the prototype a mere nine months after winning the contract.

With the USAF still looking for an aircraft to replace the A-10 “Warthog” at some point in the not-too-distant future, plus new technology in both the design process and in the weapon systems coming online, perhaps the option of a developing and fielding a cheaper and less capable multirole aircraft from scratch isn’t so unlikely after all.