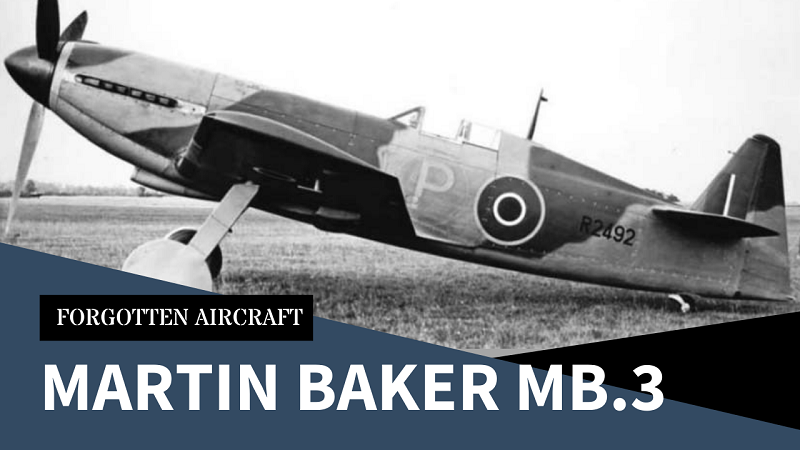 If there is one aero company whose designs didn’t get the opportunity they deserved, it is Martin Baker. Founded in 1934 by engineer James Martin and pilot Captain Valentine ‘Val’ Baker, this comparatively tiny concern gained some attention when they fielded their first designs.

Amongst these were a proposed fighter for overseas service with the RAF, the Martin Baker MB.2, which first flew in 1938. 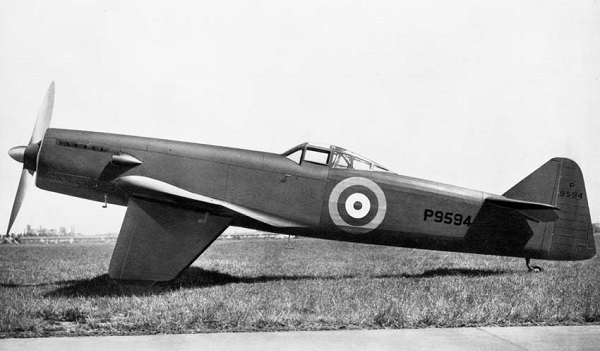 Though the MB.2 was not ordered, the competency of the design was enough for the Air Ministry to closely look at a new fighter that Martin Baker were in the process of creating. 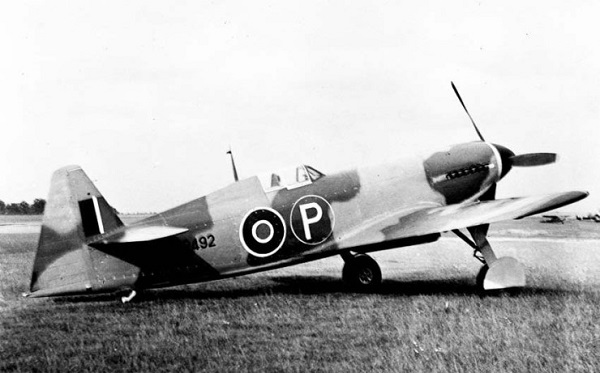 In May 1939, the Ministry issued Specification F.18/39 expressly to Martin Baker for the development of the MB.3. This called for the new fighter to have an armament of four 20mm cannons and a top speed of 400mph at 15,000ft.

This was quite a challenge! Bear in mind that in the summer of 1939, before the start of World War Two, the Spitfire Mk.I was barely in service and the Hawker Hurricane was the primary fighter of the Royal Air Force. Both had a fraction of the firepower and much lower performance than what the Air Ministry wanted from the MB.3 – and all from a company that had never actually won a military contract.

However, in June 1939 three MB.3 prototypes were ordered with the expectation that the first would be delivered by mid-December and the others by February 1940. This proved optimistic.

With the Second World War breaking out in September, Martin Baker found themselves with more work on their hands than they could handle. Additionally, the specification had called for the MB.3 to use the Rolls Royce Griffon engine, which did not actually exist itself at the time, the first prototype being completed in November 1939.

The Ministry still wanted their MB.3s and told Martin Baker to build them with Napier Sabre engines instead, which at least if they were not actually in service were a bit further along in their development cycle. This meant that the whole design had to be reworked and with the war raging and other production priorities, work slowed to a crawl. 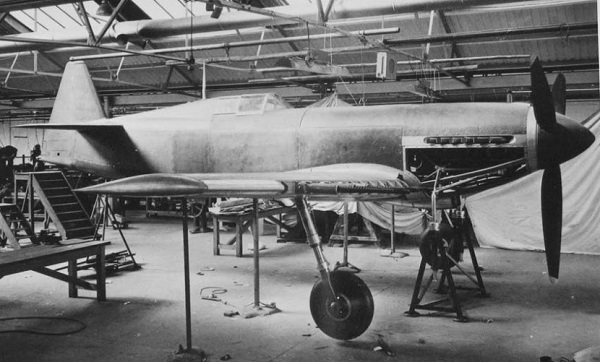 In late 1941 Martin Baker was informed that no order would ever be placed for the MB.3, but with the construction work on the prototype well advanced it was thought worthwhile to complete and test the aircraft. Though the slow development had basically doomed the MB.3, the time had allowed Martin to continue tweaking the design in the light of combat experience. Ultimately, the MB.3 prototype was completed in August 1942.

In appearance, with its cockpit set quite far back, it looked somewhat like some of the early war designs like the French D.520 or Russian Mig-1. But the MB.3 was a thoroughly modern design. 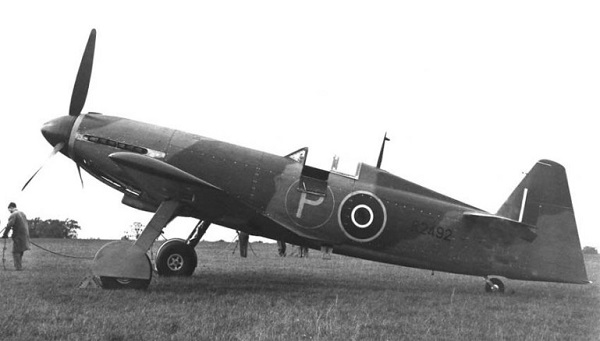 The aircraft was constructed in what was the typical Martin Baker fashion of previous designs, with the fuselage being formed of a rounded steel tube arrangement. However, instead of fabric coverings as in the MB.2, the MB.3 had a complete aluminium skin except for the rudder. The wing spar was built of laminated steel, which gave it tremendous strength. The Sabre II engine that was fitted produced 2,020hp and drove a three-bladed 14-foot diameter propeller.

Additionally, the aircraft had been built with a multitude of access panels and points, again another Martin Baker trademark. But what really set the MB.3 apart was its armament of six 20mm cannon, each with 200 rounds. This arguably made the aircraft the most powerfully armed in the world at the time. 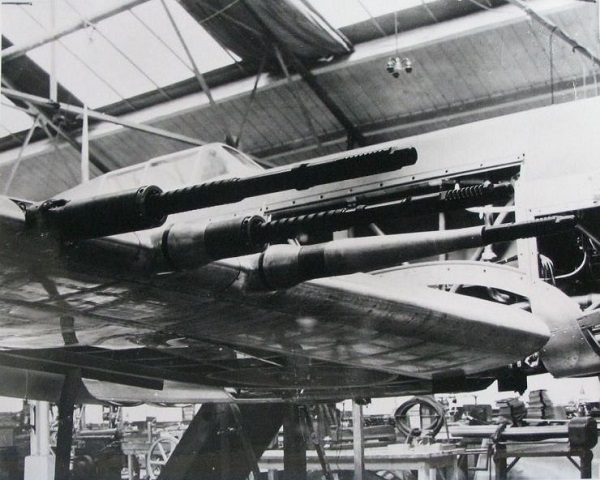 In September of 1942, the MB.3 was sent for test flights at RAF Wing in Buckinghamshire. This was a small airfield and had limited safe areas around it where a pilot in trouble could put down. Martin objected to its use, but the Ministry insisted, and flight testing began on August 31 with Captain Baker at the controls.

The first few days went well, and the MB.3 showed great characteristics, being fast and extremely manoeuvrable. A top speed of 418mph at 20,000 feet was recorded, and at sea level the MB.3 achieved 372mph. The aircraft’s ceiling was 35,000 feet and range estimated to be about 420 miles.

Then, as the MB.3 conducted its tenth flight on September 12, disaster struck. Just after take-off, with the aircraft at only about 100 feet, the engine seized up. This was a problem that the Sabre would become notorious for, and it would take several more years of development to resolve.

All of which did nothing to help Captain Baker.

Trying to put the aircraft down in a small field, he clipped an obstruction, the plane cartwheeled, struck the ground and exploded. Captain Val Baker was killed instantly. 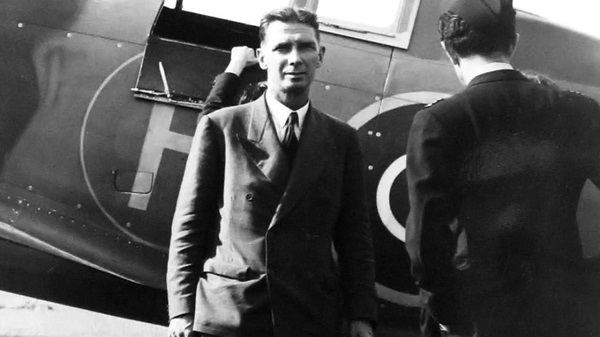 James Martin, witnessing the death of his closest friend in a plane he had built, fell to the ground sobbing.

The death of Baker, killed flying an aircraft that was not wanted, would seem utterly pointless except it led to two further advances. Although the Air Ministry had already stated they had no interest in ordering the MB.3, work had continued not just on the first prototype, but also on the second.

Martin promptly set about redeveloping the design and produced the MB.5 fighter – possibly the best fighter aircraft in World War Two not to be built. He would also throw himself into developing ways for pilots in stricken aircraft to escape safely. Martin had been experimenting with ideas since the 1930s, but the death of his friend gave him the motivation to develop the first Martin Baker ejection seat, which was first tested successfully in 1946.

Now Martin Baker are the foremost producer of ejection seats in the world and at the time of writing these have saved the lives of 7641 pilots.