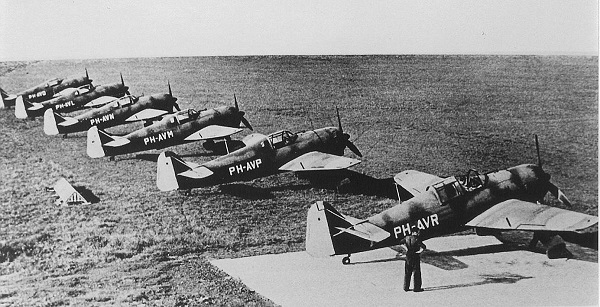 In 1937 the French, recognising like many in Europe that another war was likely brewing, were working as quickly as possible to modernise their armed forces. One of the critical concerns was the need to field as many first-rate fighter aircraft as possible.

With their indigenous aircraft factories and design bureaus both fully committed and suffering issues caused by labour disputes, the French decided to look around for additional sources of military equipment to boost their numbers. They settled on the rather obscure aircraft builder; N.V. Koolhoven of the Netherlands. 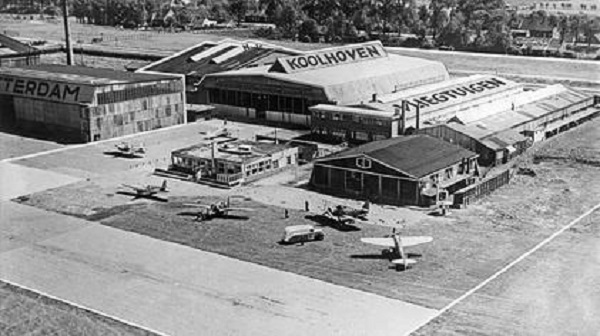 This company had been established in 1926 and had got along largely by making one off aircraft to order. However, it had spare capacity, something which was getting incredibly scarce as every European nation scrambled to order aircraft.

A number of sources suggest that the French may have intended to use the new fighter to equip squadrons in their colonies. That would make sense, considering the Netherlands hoped to stay neutral in any forthcoming war, just as they had in World War One, and supplying military aircraft directly to one of your neighbours for use against another is not a great idea. It might have been thought that supplying an aircraft for use in colonies may well have provided enough leeway to avoid bringing the wrath of Germany down on the Dutch.

Regardless of whether this is the case or not, Koolhoven said they could meet the French requirement to rapidly design and build a new fighter that was both cheap, easy to build and with good performance using French engines and components. If that all sounds a bit too much, it probably was.

But Koolhoven actually did pretty well with what they produced, especially in comparison to many French designs of the time. They certainly turned out their new aircraft incredibly quickly.

According to the lead designer, Erich Schatzki, from the first paper drawings to the prototype flying was a mere two-and-a-half months! And despite the amazingly fast development the aircraft, the F.K. 58, was comparable to most fighters of the day.

The plane drew a lot from Schatzki’s previous designs that he had completed for the Fokker company, the D.XXI fighter and G.I heavy fighter, and in many ways represented the logical development of the D.XXI.

Like that aircraft, the F.K.58 had a mixed construction of metal skin on the front of the fuselage and with fabric covering the back, all wrapped around a structure built of steel tubing. It also had wooden wings like the D.XXI, skinned in Bakelite. 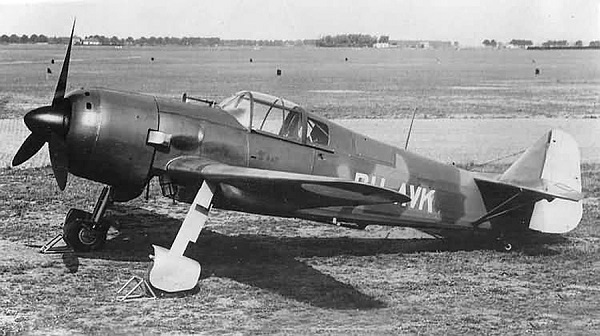 However, the F.K.58 had a retractable undercarriage, something that Schatzki had pushed for the Fokker fighter to provide improved performance but been denied. Armament was four 7.5mm machine guns in underwing fairings.

Two prototypes were constructed for testing and demonstration, fitted with Hispano-Suiza 14AA radial engines that produced 1030hp. Top speed was recorded as 313 mph, the aircraft handled well and all in all its performance and armament was reasonable for the time – not outstanding, but not the worst fighter about in 1938.

The French placed an order for fifty in January 1939, with the Dutch government following with an order for 36 in July. So many orders were beyond the capability of Koolhoven and they subcontracted construction out to SABCA in Belgium and a French factory at Nevers.

The French aircraft were intended to be in two models, the F.K.58 with the original engine fit and the F.K.58A that was to have the Gnome-Rhône 14N engines producing 920hp. These aircraft are reported to have been respectable mid-level performers in comparison to other aircraft in French service and rated as better than the Morane-Saulnier MS.406s that formed the majority of the French Air Force.

The Dutch aircraft were intended to have British-made Bristol Taurus radial engines and that might have proven a pretty respectable combination. Notice the “might”, because the F.K.58 was doomed by the bad timing.

With the situation rapidly going bad in mid-1939, the British embargoed engine deliveries and so the Dutch machines were redesigned to accept the standard Mercury VIII engines used in the Dutch Air Force’s Fokker D.XXIs and G.Is. Lower powered than the intended engines, the new model showed a top speed of 300 mph in testing.

But that didn’t matter because all of the Dutch aircraft were destroyed while under construction by a Luftwaffe bombing raid that destroyed the Koolhoven factory in May 1940.

The French aircraft did at least see some service, though barely. In total eighteen F.K.58s of both models entered service with the Armée de l’Air. These experienced all sort of problems just getting into the air, with the intended French engines and components never arriving in the Netherlands and having to be refitted after delivery to France.

Issued to a Free Polish squadron, several didn’t have armament fitted and the Poles had to find ways to acquire guns to fit to their aircraft themselves. 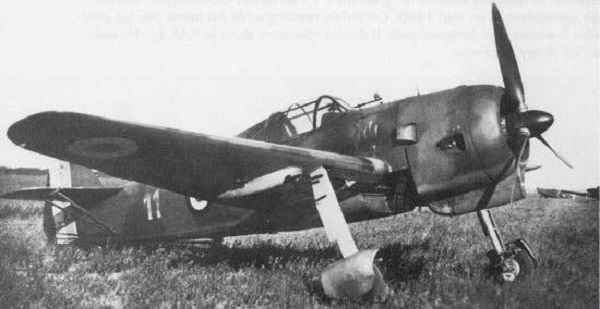 At the invasion of France, the squadron was assigned patrol duties in the southern and central regions, but saw no action and with the surrender in late June the Koolhovens were all reportedly taken out of service and scrapped.

And that was that. The F.K.58s were not a bad fighter for their day – though not a particularly notable one either – and they are unlikely to have had any sort of long future even if things hadn’t turned out the way they did.

But it is customary to for me to add a footnote on these articles, so…

After the fall of the Netherlands Erich Schatzki, a German Jew who had already fled the Nazis once, left once again, this time to the United States. There he would be recruited by Republic Aviation Corporation as a Chief Designer and would work on the continuing development of the P-47 Thunderbolt, one of the most formidable radial-enginned aircraft of the entire war. 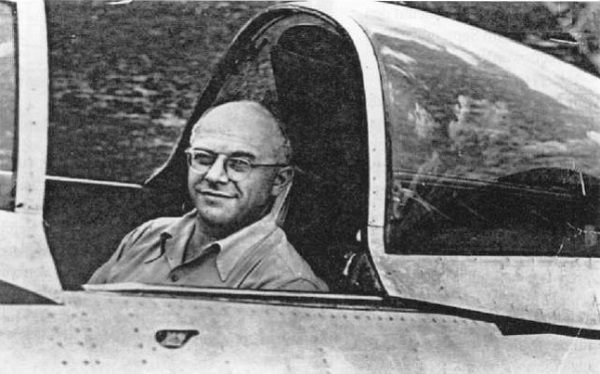 He subsequently participated in designing jet aircraft like the F-84 series and then went on to help found the airline El Al and was Israel Aerospace Industries Director of Engineering from 1958-62.

Great PDF on the life of Schatzki