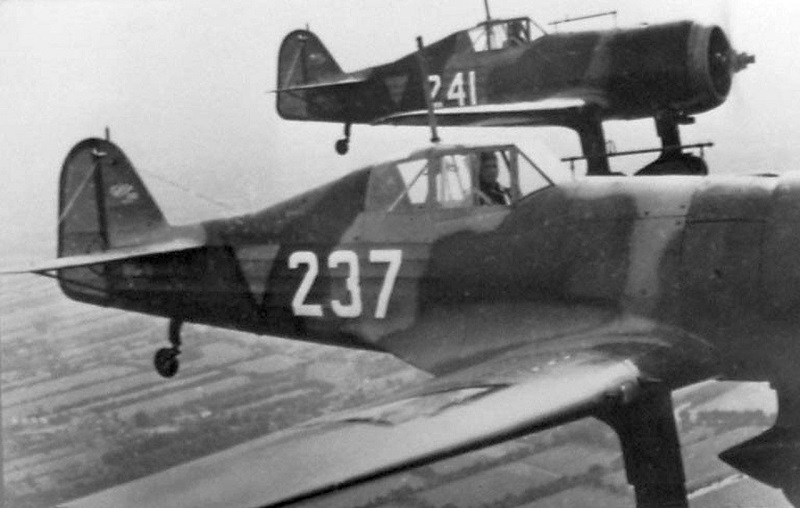 As a neutral power in World War One, the Netherland’s was not a quick appreciator of the need for establishing a large air force. Created in 1913, the Dutch Army Aviation Group tottered along as a comparatively minor service.

So, it is a little surprising that the Netherland’s was actually a top rank nation in the design and production of aircraft throughout the interwar years. This was due to two primary reasons.

First, the Dutch had a highly active designer and builder of aircraft on hand in the shape of Anthony Fokker – the same guy who designed and built the most famous German fighters of the First World War.

With the defeat of the Central Powers in 1918, Fokker had returned home to the Netherlands where he had set up a new factory and continued building aircraft. Although most successful of these were Fokker’s civilian models, they continued to produce military aircraft which would enjoy a reasonable level of export success throughout the 1920s and 30s. 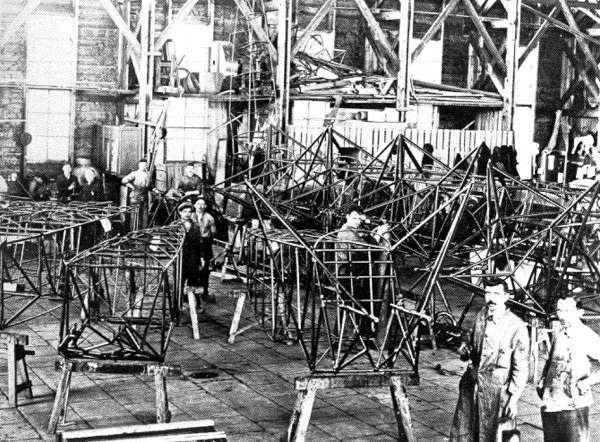 The second factor was that though the Netherland’s itself was not really interested in having a modern air force – in fact they nearly dissolved the small air corps they did have – what the Dutch were interested in was building and maintaining a reasonable air capability in their distant colonies in the Dutch East Indies.

Now known as Indonesia, the Dutch East Indies was a huge source of wealth for the Netherlands. Tea, coffee, tin, rubber and, especially, oil meant the colony was too valuable to not maintain substantial military forces.

The Royal Netherlands East Indies Army was an independent entity whose job was to protect and hold the vast archipelago for the Netherlands. And if the Dutch at home were not too worried about air power, their colonial brethren were keen adopters of military aircraft – though still in limited numbers.

In the mid-1930s the Dutch, now somewhat concerned by an increasingly aggressive Japan, decided they could do with an up-to-date fighter for the East Indies Army Air Force. A specification was issued that stipulated a capable aircraft that was as simple and rugged as possible for service on rough colonial fields.

In November 1934, Fokker put forward their proposal and a contract was signed for the construction of a prototype. This first flew on March 27, 1936.

The design team led by Erich Schatzki – a German Jewish immigrant who I will talk about more in my next video – had created a design that was something of a blend of old and new. In many ways a transitional aircraft, the Fokker D.XXI had a mixed construction. Welded steel tubes formed the fuselage, which was skinned in aluminium from the nose to the cockpit and then with fabric for the rear fuselage and tail. The wings were wooden, and the aircraft had a fixed undercarriage.

Armament was intended to be four FN-Browning rifle-calibre machine guns, though Fokker – who had a flair for adaptability in their aircraft – gave the option of fitting cannon in blisters under the wings. Similarly, the D.XXI was built capable of taking various radial engines to suit potential customer’s needs.

Although some of the features of the D.XXI were dated, especially in comparison to other designs about to enter service, the Fokker team had built exactly the sort of aircraft the Dutch East Indies Air Force required – tough, repairable and nimble.

And that was almost for naught, because the Dutch government had a change of heart in 1936 and decided that bombers should be priority. They also weren’t convinced that the D.XXI was needed because a new fighter concept, the twin-engine heavy fighter as exemplified by the Fokker G.I, was being developed, as was another more advanced Dutch fighter. 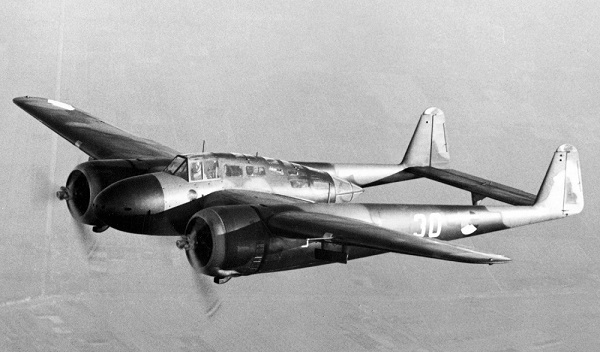 However, though the Dutch government experienced a quibble, other nations, recognising the D.XXI as exactly what they needed, moved in to make orders. Finland ordered seven in 1937 plus a manufacturing licence. These aircraft were fitted with Bristol Mercury VIII nine-cylinder radial engines that developed 830hp. 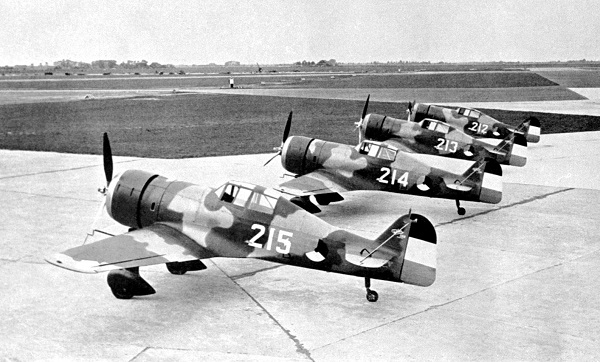 This was followed by a belated order for 36 from the home Dutch government, who finally got the idea that having at least a few modern fighters might be useful giving the growing tensions in Europe at the time. Like the Finnish aircraft, these were fitted with the Mercury VIII and four machine guns and had a top speed of 286 mph.

The Danish government ordered two, plus a license to build ten more in Denmark. The Dane Fokker’s were noted for being the lowest powered of the type, with Mercury VIs generating 645hp, but having a heavy armament of two 8mm machine guns and two 20mm Madsen cannons under the wings. 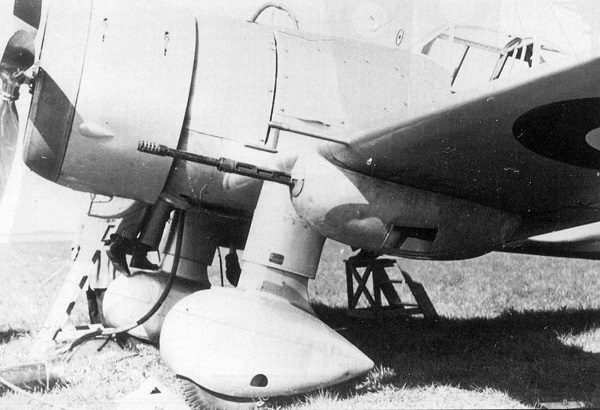 The final purchasers were Republican Spain, who bought a manufacturing licence.

Fokker would perform some work over the next couple of years on improved variants of the D.XXI, mainly looking at versions with folding under carriages and more powerful engines such as the Bristol Hercules, Rolls Royce Merlin and Daimler-Benz DB 600H. But nothing came of these and in total 148 Fokker D.XXI were built.

They experienced very mixed fortunes. Republican Spain eventually built none of the type. A factory was constructed, but it was overrun by Nationalist forces in the Spanish Civil War before any of the aircraft were completed.

The Danish aircraft were all in service by the time of the German invasion of April 1940. They saw no action and eight were captured.

The Dutch aircraft, in contrast, fought valiantly and with a surprising measure of success. At the invasion of the Netherlands by Germany on May 10, 1940, twenty-eight D.XXIs were serviceable of the 36 ordered. These went into action almost immediately and, despite having performance inferior to the Bf-109s that they faced, managed several kills against the formidable German fighters.

They also managed to inflict severe casualties on German transport aircraft, reputedly shooting down 37 Junkers Ju52 that were carrying paratroopers for the initial attacks. But the numbers were very much against them. The Dutch D.XXIs fought on until the Netherlands surrendered on May 14. By that point only eight remained capable of fighting.

It was in Finnish hands that the Fokker D.XXI really made its name as a tough, capable fighter. At the outbreak of the Winter War between the Soviet Union and Finland on November 30, 1939, forty-one D.XXIs were in service with the Finnish Air Force. These scored the types first kill on December 1 when a Soviet SB bomber was shot down. 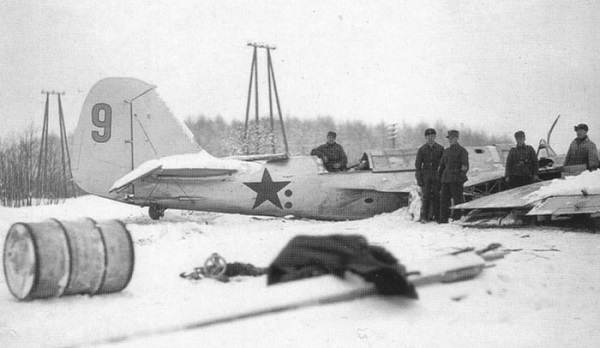 The hardy design, rugged engineering and tough fixed undercarriage – which was capable of being fitted with skies for operating on snow covered airfields – actually proved an advantage in the harsh conditions, and the D.XXI proved a good match against contemporary Soviet fighters of the day. 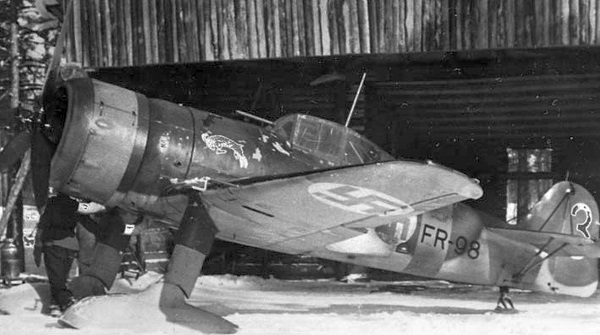 A number of Finnish pilots achieved ace status during the conflict, with Jorma Sarvanto getting 13 kills in the Fokker during the three-month war.

With fighting between the Finns and Russia resuming through 1941-44, the D.XXI was a still critical fighter for the Finns, despite numbers of more modern aircraft becoming available to them. They would ultimately build ninety-three of the planes to add to their initial seven between 1939 and 1944. A reengining program was initiated due to a shortage of Mercury’s and some rearming attempts were made, but the Fokker’s carried on with a few modifications throughout the war and weren’t actually retired from flying service until 1949.

All in all, not a bad end for an aircraft that was in many ways outdated when it first flew, but which was actually well designed for its role as a frontier fighter operating in primitive conditions. Of the Fokker D.XXIs originally built, one remains at the Finnish Air Force Museum.

Although, there is a final footnote. A restoration company is rebuilding one of the Fokker’s that was shot down during the Battle for the Netherlands. So hopefully soon, we will be able to see a Fokker D.XXI restored to its glory and once again in the skies where it belongs.

Resources that may be of interest: