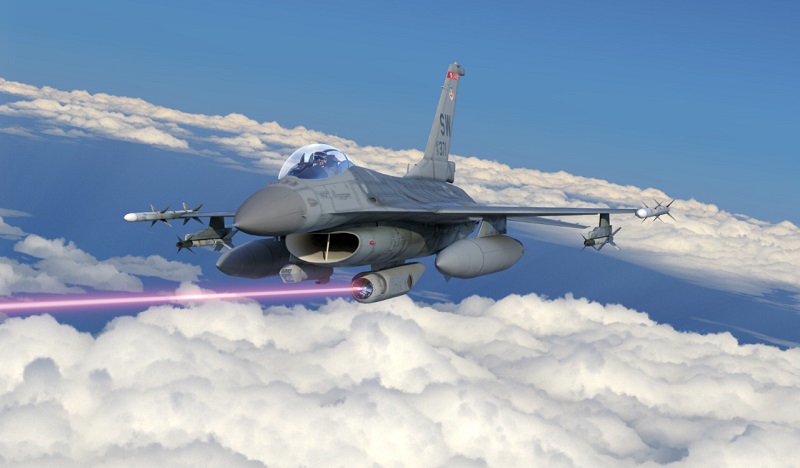 The United States Air Force (USAF) is making progress on fielding a new self-defence pod that will be fitted to aircraft and shoot down incoming missiles with a laser beam. Codenamed “SHiELD” (yes, really, it stands for Self-Protect High Energy Laser Demonstrator) the USAFs Air Force Research Laboratory (AFRL) is planning on building the prototype this year.

SHiELD is a directed energy laser system that will be pod mounted and provide protection to aircraft against surface-to-air (SAM) and air-to-air (AAM) missiles. It goes without saying that the system has not just sprung out of nowhere.

Over the last five years AFRL has worked closely with several of the big American defence contractors, conducting research and testing of various concepts. In the last two years the team has achieved remarkable advances. These included successfully flying an F-15 with the laser test pod attached and the successful shoot-down of air-launched missiles using a ground-based system.

There were, and still are, difficult problems to be solved. Imagine the complexities for an autonomous system to overcome and the factors to be calculated – wind speeds, turbulence, and quick aircraft manoeuvres are just as a few. But with the successful tests showing viability, AFRL are now moving ahead with full demonstrator construction.

Should SHiELD achieve service, it will make the existing aircraft far more resilient in hostile environments. A full system test of the SHiELD prototype is expected in 2023/4.