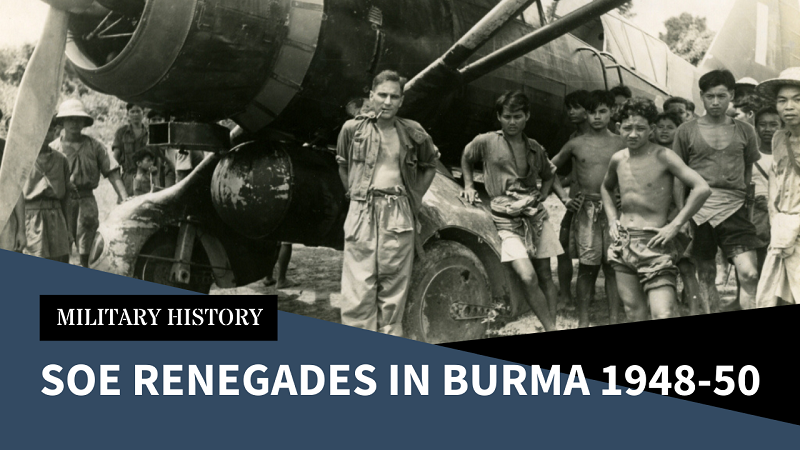 With Myanmar – also known as Burma – back in the news tragically, I thought now might be a good time to cover an episode that has largely been forgotten about, but which gives both a little additional history on the conflict, as well as how bonds forged in war can end up being a threat to national interests.

During the Second World War, the British formed the Special Operation Executive – the SOE – whose job it was to conduct espionage, sabotage and guerrilla warfare initially in Europe, and then in Asia against Japan after it entered the war in 1941.

Dubbed the “Ministry of Ungentlemanly Warfare”, SOE conducted irregular warfare across the globe, training and equipping resistance fighters. And probably the most successful theatre for SOE was Burma. There were multiple reasons for this.

After the Japanese drove the British out of Burma in 1942, the Indian-Burma border became a major theatre in the war in Asia. In fact, it was the only land campaign by the Western Allies in the Pacific Theatre which was fought continuously from the start of hostilities to the end of the war.

As the British had controlled Burma from 1824, they had a thorough understanding of the country and the various groups that lived there. In fact, they had actively exploited this knowledge as a means of maintaining their rule. As a result, while the Japanese invasion was initially welcomed by the majority Bamar population, the British found support amongst many of the ethnic minorities.

This was especially true of the Karen people, who lived predominantly in the eastern regions of Burma, an area composed largely of mountainous jungles. Perfect guerrilla warfare terrain.

The Karen proved unflinchingly loyal in their support to the British and proved themselves to be exceptionally tough irregular fighters in a brutal campaign waged against the Japanese and their Bamar collaborators behind the lines. This culminated in what has been described as SOE’s “…most successful military operations of the war.”(1)

In April 1945, the SOE and the Karen launched Operation ‘Character’. This saw some 2,000 Karen take on 50,000 Japanese troops in a three-month campaign of guerrilla warfare and ambushes, the result of which was an acknowledgment by the commander of the British-Indian 33rd Corps that the Karen guerrillas were now inflicting more casualties on the enemy than the regular army.

Needless to say, the years of living and fighting alongside the hill tribes engendered close relationships between the Karen and their SOE assistants. With the war over, and independence for Burma a coming reality, the Karen and other minorities who had fought alongside British and American forces expected recognition for their efforts. After all, the war had been savage, and there was a lot of recent blood that had been spilt by both sides.

So, the ethnic minorities expected British and American support in the negotiations that were setting out the framework for the future independent country of Burma; ideally some measure of autonomy and form of self-government, or at least some guarantees on their security.

But British officials were anxious to hand power to a unified central government, which in effect meant the Bamar, and keep favour with the new authority. The British government justified this on the grounds that they had concerns that the post-war spread of communism was rapidly becoming the primary concern globally, and with the Communist Party of Burma becoming a powerful force in the country, they needed to support a viable government in Burma. The Karen, as a minority who largely lived a rural existence out in the jungle and mountains, were not seen as an option.

In essence, the British government threw the Karen under the bus in favour of trying to retain some measure of influence with the new Burmese government. Hardly a new state of affairs, to be honest. But for the SOE veterans who had fought alongside the Karen, this would prove unacceptable.

Burma achieved independence in January 1948, but by the following month tensions meant that the Karen were reaching out to their old former SOE friends for help. And if you want help funding, training and equipping what was, in essence, an illegal army, those guys were quite frankly the number one choice.

The Karen’s calls were heeded by the former commander of SOE in Burma, Lt-Colonel Cromarty Tulloch. Tulloch was one of those classic SOE characters that seemed to combine vast experience with a touch of madness and luck that produced a form of genius. 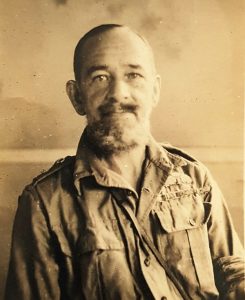 In short, and according to historian Richard Aldrich, Tulloch had claimed to have been a fighter pilot in World War One, then left that to drive a tank in their first ever use during the Battle of the Somme. He then worked on experimental parachutes in the 1920s, before conducting missions for the Secret Intelligence Service in Nazi Germany in the ‘30s.

The truth of Tulloch’s past will likely always be clouded by myth, but he was certainly an important architect of SOE’s success in Burma during the war. When he responded to the Karen’s call, so did many of the officers who had served under him. Key amongst these were Frank Owen, editor of the Daily Mail newspaper, who had served in South East Asian HQ during the war. 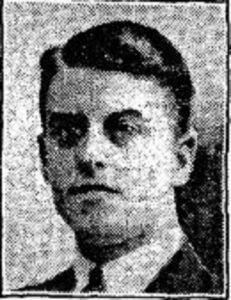 He began channelling funding to the operation and also worked to influence policy through his contacts in government and business. He also appointed Alexander Campbell, an ex-SOE officer who had fought alongside the Karen, as the Mail’s Rangoon correspondent, where he acted as the operations agent in country.

All of this activity pretty quickly got noticed. A mere month after independence, the Burmese Prime Minister called in the British Ambassador and informed him that there was evidence that former British officers were both training and supplying the Karen. When this was reported back to London, senior officials were not surprised. Tulloch, and the other former SOE, where considered a ‘law-unto-themselves’.

The problem was that the British military maintained a major mission in Burma as part of the government’s policy to maintain influence there. You therefore had the situation of the British arming and training the Burmese military in an official capacity, whilst former-SOE were doing the same for the Karen, organising weapon shipments from India and Thailand.

The war ebbed and flowed throughout that year, with the Karen closing to within a few miles of Rangoon, the capital. But by 1950 the tide turned – in no small part due to the Burmese Air Force, which had been equipped and trained by the British and received considerable assistance throughout. With no air power or counter to it, the Karen were slowly ground away, and their SOE friends proved unable to help.

By this point the intelligence services of Britain, Burma and India were paying close scrutiny to the activities of the renegades. The Burmese had already arrested Campbell and Tulloch had left India, where he had been coordinating supply missions, after the Indian Special Branch made it very plain they were actively investigating him.

The British Foreign Office also informed Lord Rothermere, the owner of the Daily Mail, about the activities of Owen and other members of staff. Investigating, Rothermere apparently found that the Karen flag was flying in front of the Daily Mail’s building in London, and a Karen delegation was ensconced in an office there that served as their London HQ.

Frank Owen and other involved staff were rapidly fired, which shut down the London end of the operation, though radio communication system was then set up allowing the London renegades to maintain communications with Burma. This led to further investigations by MI5, who shut down that operation.

The whole affair proved a tremendous embarrassment for the British government. Not only did they have former British officers acting directly against policy, they also had to deal with some of these being arrested and in at least one case killed through their involvement.

The result was that by 1950, British prestige was at an all-time low and the large military mission in Burma was dismissed and had to leave. The Karen conflict laid the groundwork for an increased importance of the Tatmadaw, the Burmese military, and this ultimately led to the military coup in 1962 and the subsequent dictatorship that has essentially controlled the country ever since.

And the war against the Karen and the other ethnic minorities rolls on.