Baseball, hot dogs and apple pie. All these things are icons of the United States of America that are recognisable the world over. And there is another that, mainly thanks to Hollywood, is also indelibly imprinted on the international consciousness when it comes to thinking about the good ol’ US of A.

The Pledge of Allegiance. 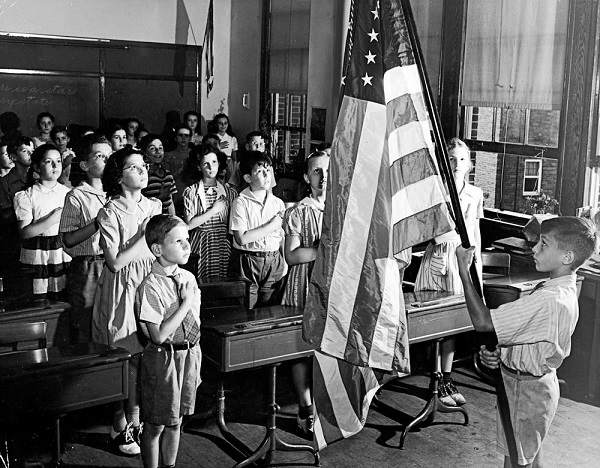 If movies have taught me anything, it’s that school kids across the States all learn the ritual of the pledge, from the solemn words to the standing to attention, your right hand positioned over your heart.

The Pledge of Allegiance is such a part of American culture that it is easy to imagine that it has always been so, perhaps first conducted at the signing of the Declaration of Independence by the Founding Fathers.

But no, in fact the Pledge has a much shorter, but extremely surprising, history.

For starters, it was written by this guy, Francis Bellamy, only in 1892. 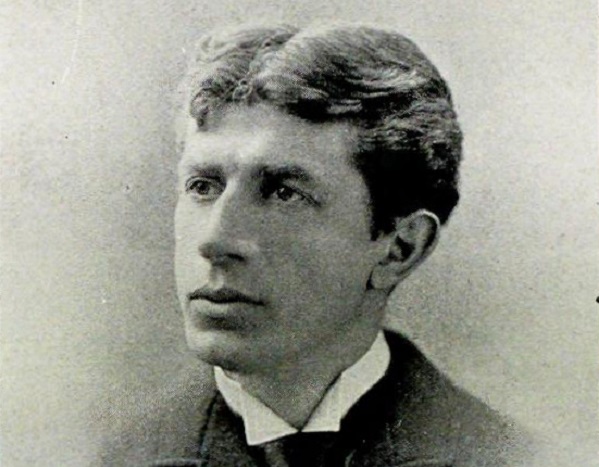 The original words were:

“I pledge allegiance to my Flag and the Republic for which it stands, one nation, indivisible, with liberty and justice for all.”

It wasn’t until 1923 that the addition of “…to the Flag of the United States of America…” was added.

Then in 1954, President Eisenhower decided that it needed a bit of a tweak to:

“…one nation under God…”

So, OK, the words have changed, that’s no big deal, right?

What is interesting is who wrote the original Pledge.

Francis Bellamy was a Baptist minister. Despite his religious calling, he was firmly of the opinion that the separation of church and state was of supreme importance, and so had very deliberately not included any religious terminology in the Pledge. In fact, when Eisenhower added his addition, Bellamy’s daughter objected to the combination for this very reason.

But Eisenhower was concerned about the threat represented by Communism and so thought that the Pledge needed that greater focus to counter the dangers of left-wing ideology. So, he probably wouldn’t have been very keen on Bellamy Senior’s own thinking.

Because Bellamy was a socialist. To be specific, a Christian Socialist.

This blends Christianity with socialism, justifying this on the grounds that in the early Church, as mentioned in Acts 2:

“All the believers were together and had everything in common. Selling their possessions and goods, they gave to anyone as he had need.”

Obviously, the theological and ideological basis and thinking is a bit more complex than I’m spelling out here, but I’m sure you get the idea.

According to a biographer, Bellamy believed in:

“…the rights of working people and the equal distribution of economic resources, which he believed was inherent in the teachings of Jesus.”

I’m not sure what those sorts of ideas would get him labelled as in modern America, but I have some suspicions. 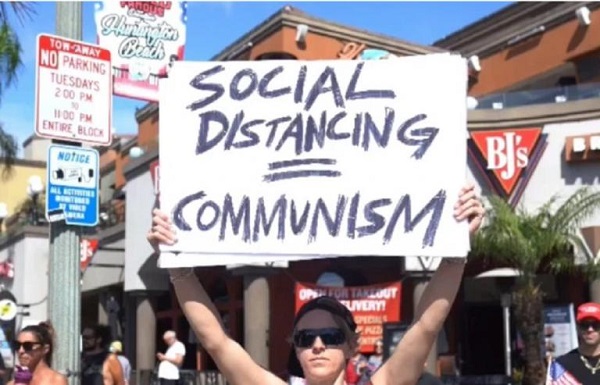 Anyway, Bellamy wrote the Pledge as a way for Americans to pull together in the post- reconstruction era so as to go out into the world as a brave, new and united nation.

Well, partly. It was also a bit of a marketing gimmick.

In 1892 he was working for the The Youth’s Companion, a magazine for children and young adults. One of the publication’s major campaigns was to have an American flag in every school in the United States. Which the magazine had sold to them.

In 1892 flag sales were down and so something was needed to promote the schoolhouse flag movement. What was needed was some sort of…ceremony.

Now, it’s not fair to say the Pledge of Allegiance was simply a marketing ploy to sell flags, no doubt Bellamy and the those he worked with genuinely believed in the principle.

But it is fair to say that the Pledge of Allegiance was partially a marketing ploy to sell flags.

Of course, there needed to be some sort of ceremony to go along with the recitation of the Pledge, a salute to the flag, otherwise what would be the point of selling the flags in the first place. And Bellamy had that covered as well.

As his published instructions stated:

“At a signal from the Principal, the pupils, in ordered ranks, hands to the side, face the Flag. Another signal is given; every pupil gives the flag the military salute – right hand lifted, palm downward, to align with the forehead and close to it….” 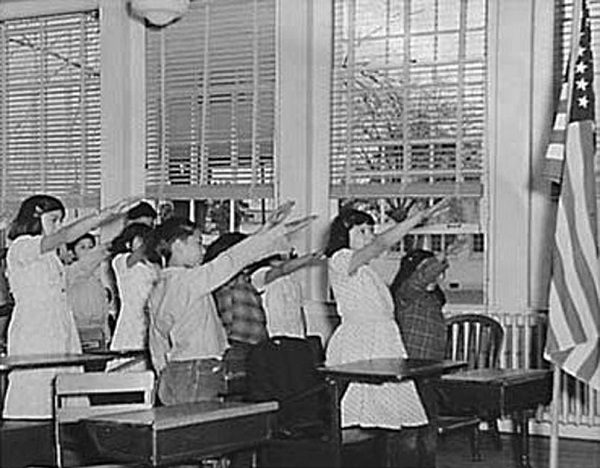 To be fair, Bellamy was first, and one has to wonder if the salute, like certain other symbols, was appropriated by the Nazi’s as well. And that in fact leads us to that other famed element of the Pledge of Allegiance.

The right hand over the heart.

This actually was introduced into law by Congress in December 1942, basically because of, you know, that other guy. 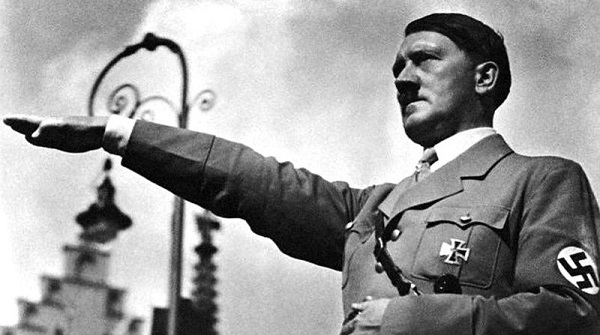 Naturally, some people weren’t happy about this, “johnny foreigner stealing our salute”, that kind of thing, but it became the accepted and correct form.

As an aside, the fact that the “Bellamy salute”, as it was called, was used right up until late 1942 explains why a number of Americans from the time have since been accused of having fascist sympathies. 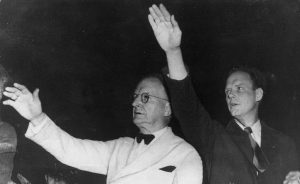 I mean, they MIGHT have had fascist sympathies, but throwing this salute was literally as American as apple pie, and so does not constitute proof.

And there you have it, some interesting details about the American Pledge of Allegiance.