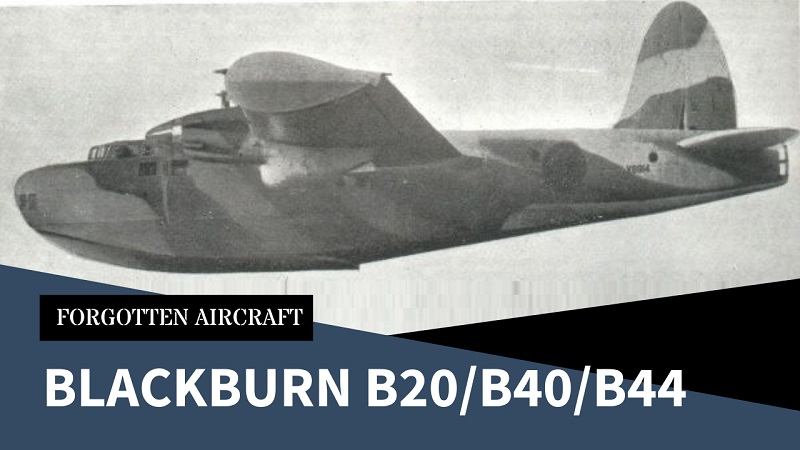 (Please note, due to international differences in terminology, I will use the term “seaplane” to refer to the two main categories that the design of this type of aircraft falls into.)

The need for aircraft to operate on water may have largely fallen out of fashion now, but the design of seaplanes actually predates the first flight by the Wright brothers in 1903. In fact, the first attempt to build a viable seaplane was in 1898. This aircraft, the Drachenflieger, didn’t actually get into the air, but the idea certainly stuck and the first successful flight by a float plane was made by the Hydravion in 1910.

With early aircraft being so limited in range, and airfields being few and far between, the need for aircraft that could operate on water would mean that seaplanes would play a major role in the first few decades of aviation history in both military and commercial roles. Indeed, practically every aircraft manufacturer would at the least experiment with and often build considerable numbers of seaplanes.

The first of these are the flying boats, which feature a deep fuselage with a planing bottom that provides the required buoyancy and wing-mounted sponsons for stability on the water surface. 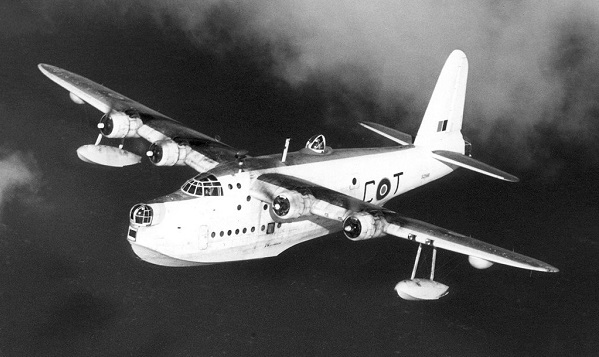 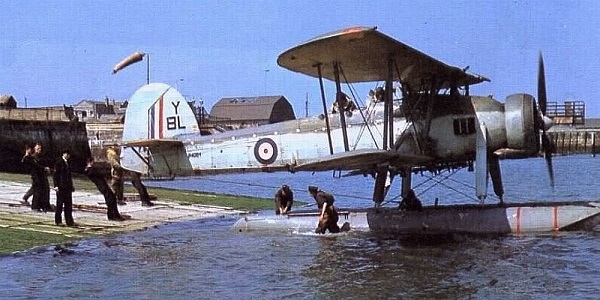 The seaplane’s heyday lasted from around the beginning of World War One and ended after World War Two and throughout this period most of this type of aircraft were of these two designs – either flying boats or float planes. The problem is, both types suffer from the same type of design compromise to achieve their maritime ability. Aerodynamically, they generally suck.

For any aircraft to operate as a seaplane, it needs for its engines and wings to be well clear of the water. So flying boats tended to have a multi-level build, given them a bulbous and often a high sided appearance, or else have wing and engines mounted above the fuselage. Float planes appear rather stalky, again to provide enough propellor clearance for use on the water, and this also meant they paid a price in performance for this ability.

As a classic example, in World War Two the Japanese fielded a float plane variant of their famous Zero fighter, the Nakajima A6M2-N “Rufe”. This had a top speed of 270 mph, as compared to the standard variant it was derived from that could make 330mph. 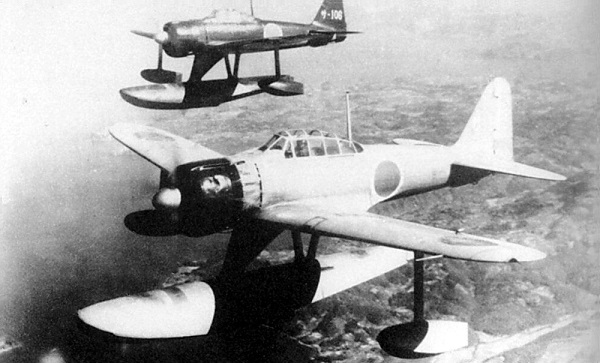 For both types of seaplane, such design compromises were accepted as the price that needed to be paid and in fact most were able to utilise the additional space created by fitting extra fuel tanks or stowage and passenger space. But one British aviation company had other ideas. They came up with a new concept that, though it never got into service, was considered important enough that it was classified as top secret throughout the Second World War.

In 1936 the British Air Ministry put out a specification for a new medium-ranged flying boat to replace the RAFs old biplane flying boats, performing anti-submarine and patrol duties and with a range of 1500 miles.

Four companies tendered designs, and to cut to the chase on what sounds like a somewhat farcical selection process, the Saro Lerwick was eventually selected. This was a conventional flying boat that can best be described as a piece of garbage, at worse a death trap for its crew. Twenty-one were built, of which eleven were lost in a two-year service life. 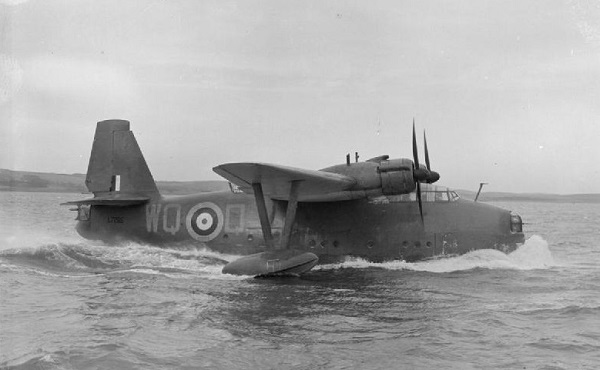 However, the Saro, which is a strong contender for “worst service aircraft ever”, is not the subject of this article.

Instead, lets look at one of the designs it beat. The Blackburn B20.

When the Air Ministry issued their specification, Major J.D. Rennie, the chief seaplane designer at the Blackburn Aircraft Company, decided to tackle the issue of flying boats impeded aerodynamics. His solution?

Make the planing hull retractable and the wing floats pivot up like a conventional undercarriage. This meant that a flying boat could have the superior aerodynamic qualities of a land-based aircraft. 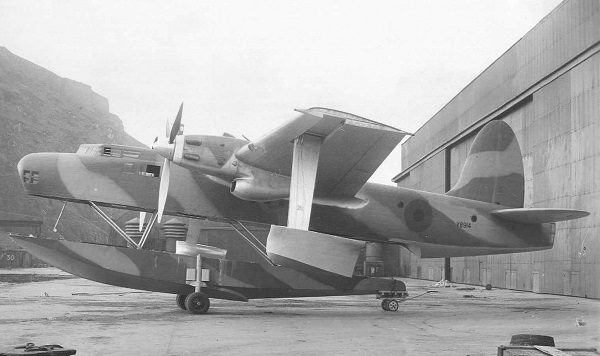 Though the Blackburn B20 wasn’t chosen as the new patrol aircraft, the RAF recognised that Blackburn had come up with something potentially revolutionary and so authorised the construction of two prototypes. Unfortunately, World War Two intruded in 1939, so the second prototype was cancelled, and emphasis was put on building existing designs.

Though a production order for the B20 was not going to happen, there was still interest in the concept and so the first prototype was completed and first flew in March 1940. Initially it had been intended to equip the aircraft with Bristol Hercules engines, but as the idea was to see how much performance could be wrung out of the new type it was decided to equip the B20 with two Rolls Royce Vulture 24-cylinder engines.

The Vulture would ultimately prove to be a failure, but that would only become apparent later, and the big engines, each providing more than 1700hp, seemed ideal for the new high speed flying boat. The B20 was also designed to carry an armament of four .303 machine guns mounted in twin-gun turrets in the nose and tail and a bombload of 2000 lbs.

Flight tests showed some issues with aileron trimming, but generally the aircraft was found to perform well, its adjustable hull making it much easier than conventional flying boats for mooring.

For further contrast, trials on a standard Hawker Hurricane I in June 1940, then the main RAF fighter in service, listed that aircraft as having a top speed at 15,000 ft as 307 mph.

It should also be noted that there is some discrepancy on the top speed of the B20, but at least one account states the aircraft achieved 345 mph!

All in all, the B20 was one fast boat. Alas, that was the end of the good news. On April 7, 1940, the B20 took off to conduct a high-speed trial over the west coast of Scotland.

The aircraft began to suffer from severe vibration and the pilot, Flt Lt Harry Bailey, ordered the other four men of the crew to bail out. Only two succeeded and Lt. Bailey, staying with the aircraft to try and give the others as much time as possible to get out, left his own escape too late. Bailing out too low, his ‘chute didn’t open in time.

The bodies of the other two crewmen, Duncan Roberts and Sam McMillan, were never found.

The loss of the B20 spelt the end of that aircraft, but interest in the concept of flying boats with retractable hulls persisted, because though the B20 had been lost, it was recognised that this part of the design had been highly successful. A few weeks after the loss of the B20, a new specification was issued for a potential replacement for the Short Sunderland flying boat.

This, the B40, would again have two engines, either Napier Sabres or Bristol Centaurus’, a range of 2500 miles and an increased armament over the Sunderland’s eight .303 machine guns. This was never definitively set but would likely have been made up of turreted 12.7mm machine guns or 20mm cannon for self-defence and possibly 40mm or even 57mm guns for use against surface targets, as well as several thousand pounds of bombs or depth charges.

Two prototypes were ordered but again, reality intruded. Originally designed for a range of 2500 miles, the change of U-boats from operating in the coastal waters close to Britain to the mid-Atlantic meant that by early 1941 it was felt that the range would need to be increased to 3000 miles.

But as design work progressed it was recognised that the B40 wasn’t going to be able to provide either a decent amount of range or weapon load ability to be worthwhile. In January 1942 the specification was rescinded and the B40 cancelled.

There was one final and intriguing attempt to field an aircraft with a retractable hull, and this one was a very different beast. The British did some development work with float Spitfires throughout the war, going as far as to deploying a handful in the Middle East in 1943. But Japan’s conquest of a vast amount of the Pacific region in 1942 gave the British a bit more impetus on the matter.

The performance advantage that the retracting hull gave made it a logical choice for a fighter development and so Blackburn began work on a new fighter flying boat, the Blackburn B44. 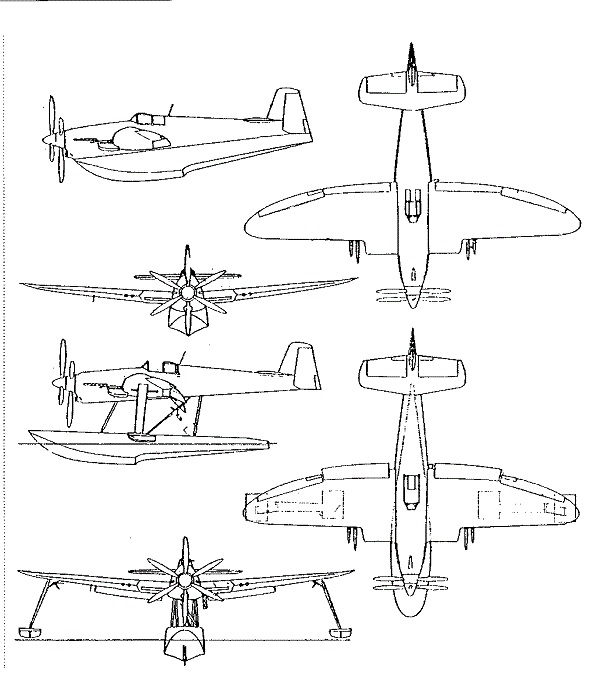 This utilised as many components as possible from the Blackburn Firebrand naval strike fighter that was prototyping at the time, allied to Blackburn’s retracting hull. An intriguing idea, to be sure, and one that probably had the potential to produce a truly capable aquatic fighter with few of the penalties of its float-based cousins.

But the B44 was killed by the fact both the engine selected – the Napier Sabre – and the Firebrand itself were terrible. As a result, the project went nowhere and all we have now is speculation on what might have been, which pretty much sums up the whole retracting hull concept.

Which seems a shame, because we have an idea that provided for an identified need and actually worked but which never really got the chance to be used. Instead, we have not just a series of aircraft that go into the “what-if” category, but an entire concept.

There is only one relic to be seen of all of Blackburn’s efforts with retractable hull flying boats. In 1998, a fishing boat snagged an engine from the B20 wreck, which is designated a war grave. Navy divers recovered the Vulture, and it is now, I believe, on display at the Dumfries and Galloway Aviation Museum in Scotland.