Today, body armour is practically a given with modern militaries. Advances in materials means the protection that soldiers have at a personal level has never been higher. Though not every soldier in the world performing his duty today may have a full armoured rig, he will normally be issued with a helmet at least.

However, though armour has an ancient history in warfare, there was a considerable period when none was issued to soldiers, except for ceremonial garb. The invention of gunpowder made armour largely pointless and armies soon discarded their cumbersome panoplies as unnecessary weight and expense.

As weapons became more effective this seemed completely logical and accepted as self-evident for about three hundred years. But sometimes someone comes along and points out something so obvious that no one else seems to have noticed it. 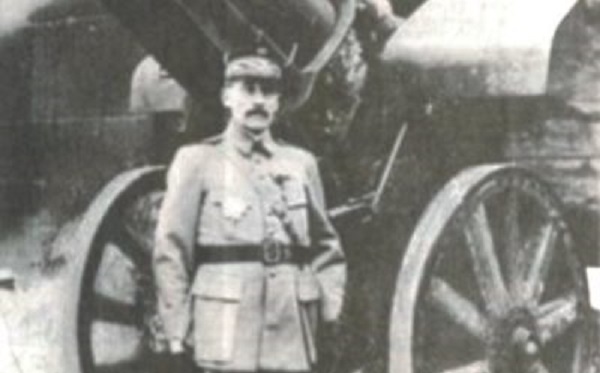 That pretty much sums up General Louis Auguste Adrian; the man responsible for the modern military helmet and, by extension, the reappearance of body armour for the modern infantryman.

Born in Metz in 1859, his family was forced to move away from the city when it was surrendered to Germany after France’s defeat in the Franco-Prussian War of 1871. After studying engineering at the prestigious École Polytechnique in Paris, he commissioned into the French Army and worked on coastal defences and logistics in France and Madagascar. 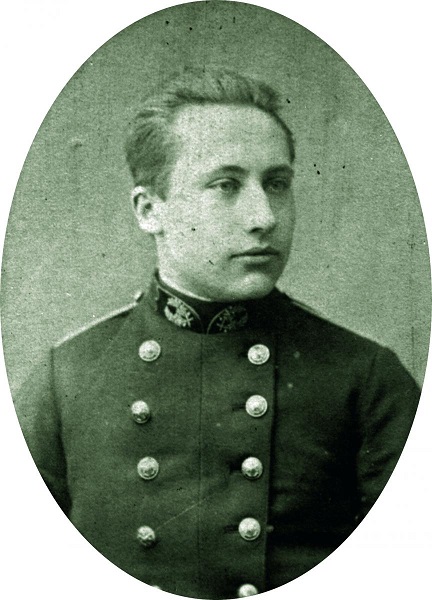 As an officer he paid particular care to the men he was responsible for and wherever he was posted would work to improve local infrastructure and especially the housing and facilities for the soldiers. Gradually working his way up the career chain and establishing himself as a solid performer, in 1907 he was appointed to a senior position at the War Ministry with the job of rooting out corruption in the army supply chain. He was so successful at this that he was awarded the Légion d’Honneur in 1912.

In 1913 he retired from the army on health grounds, to enjoy a well-earned retirement. Except that wasn’t to happen.

When World War One broke out in July 1914, Adrian requested to return to work. With his well established reputation as a supply officer his request was speedily accepted.

He soon made his mark, again showing an appreciation for the burden of the common soldier. Expecting a swift war, the French military establishment hadn’t prepared for the possibility of the war dragging on into the winter of 1914, let alone the years it would actually take.

Evidently seeing the writing on the wall, Adrian swiftly moved to arrange the production and distribution of improved packs, boots and winter equipment for the French soldiers. To compensate for the lack of tents and to stop French soldiers having to sleep outside, he commissioned mass production of a new type of prefabricated building he had invented, the Baraque Adrian. These became a standard feature of the French military for decades.

But his most important contribution was in recognising how to best protect French soldiers from the greatest threat to them. Contrary to the common opinion that soldiers were killed by bullets, Adrian recognised that the greatest killer was fragments from artillery, especially to the head.

One day talking to an injured soldier, he was told the man had been saved because he had been wearing a metal soup bowl on his head. A study of the subject concluded that 77% of French casualties were caused by shrapnel to the head. Over 80% of these proved fatal.

Acting with his usual decisiveness, Adrian moved to deal with the situation. His first design was a simple steel skull cap that soldiers could wear under their kepis and field caps. 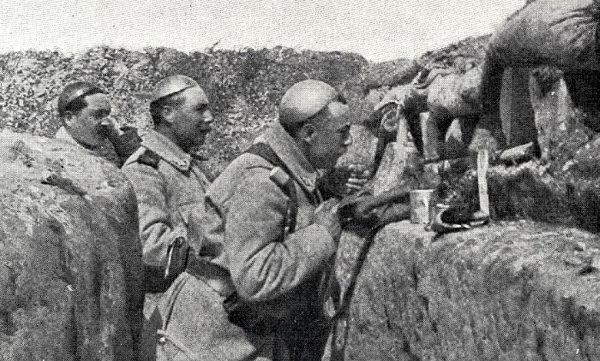 Initially told that French soldiers didn’t need these items, Adrian went direct to the Commander-in-chief, General Joffre, and argued strongly for their immediate production. He won out and by spring of 1915 hundreds of thousands had been made and issued. They had an immediate effect and Adrian moved to the next logical step – making a proper helmet. 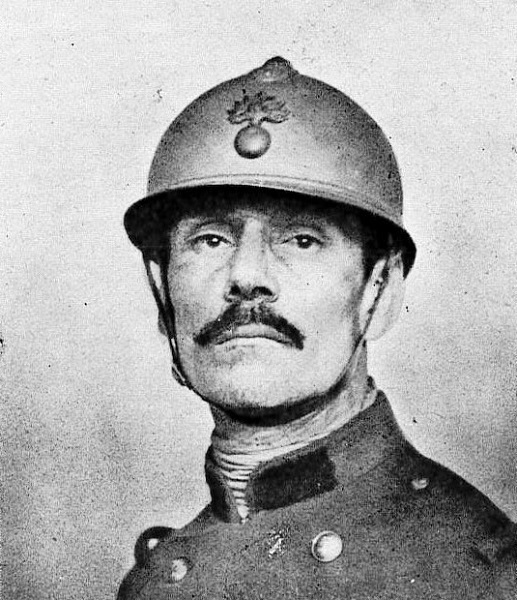 This was approved for use at the end of April 1915. Designated the M15 helmet, in fact it was – and still is – much better known as the “Adrian Helmet”. An icon of the French Army, twenty million would be made by the time the war ended in 1918. 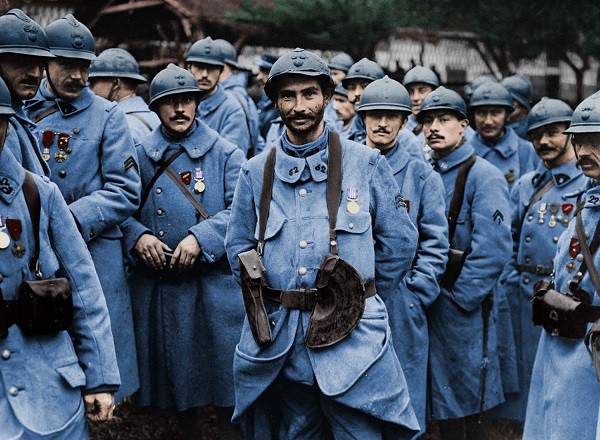 And they certainly made a difference. By 1917 head wounds to French troops only made up 22% of casualties. Mortality from these injuries had dropped to 50%. Though some of this is obviously due to better standards in medical care, the helmet definitely made a major difference in wound rates. 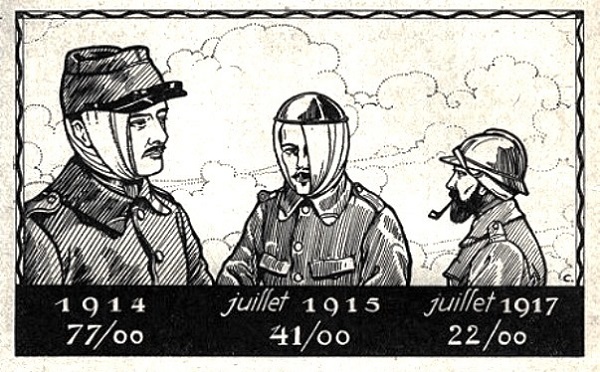 In fact, so obvious was the improvement that every military promptly adopted the helmet as a standard issue item for their soldiers. With the recognition that armour could make a decisive difference in saving troops, development programs began as well to produce body protection.

But with the issuing of that first proper helmet what was now firmly established in the international military mind-set was the importance of providing protection for their soldiers. From helmets to the first basic flak vest, up to the bullet proof plate carriers of today and even to the projected battle suits of the future, personal armour has become a major feature in infantry warfare.

For this we can largely thank General Louise Adrian – a man who’s foresight and persistence not only saved the lives of unknown numbers of soldiers in the First Word War, but continues to do so today and into the future.