In 2021, I was fortunate enough to spend some time on the island of Grenada in the Caribbean. Located around 90 miles north of Venezuela, like many of the countries in the region, Grenada is a sleepy tropical island where the people are friendly, the beaches are golden, the sun generally shines, and the rum is cheap and plentiful.

I’ll be honest, I thoroughly recommend the place.

But this idyllic backdrop makes it somewhat surprising to know that Grenada also played a significant part in the military history of the latter days of the Cold War. Because the country, though remote even by the easy-going standards of the Caribbean, was one of the places where the confrontation between the United States and the Soviet Union got hot. And this has left some interesting relics that can still be explored to this day.

So, the (very) basic history.

Grenada is a small nation that measures only about 21 miles in length and 12 miles wide, but don’t be fooled by that because the island is extremely hilly and forested, and travel can be slow around the island for its size due to the terrain. 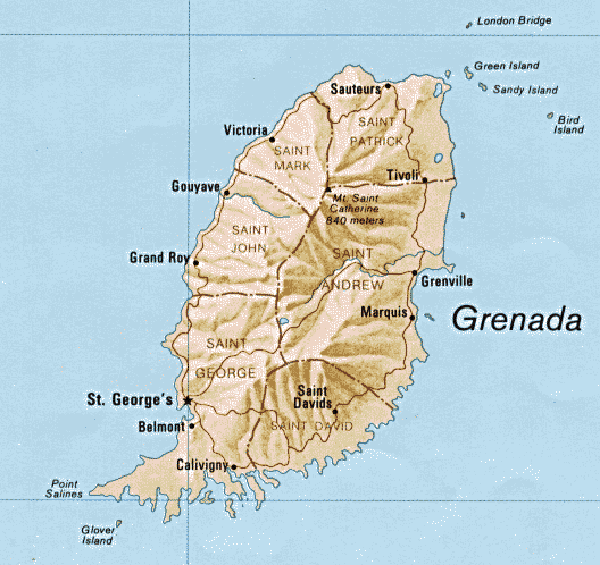 The country achieved independence from Britain in 1974 and though it stayed in the Commonwealth with Queen Elizabeth as monarch, Grenada was essentially self-governing from that point and elected its first Prime Minister, Eric Gairey. Unfortunately, Gairey was one of those leaders that believed in a firm hand when it came to ruling (yes, I use that term deliberately) and used a private militia to intimidate rivals.

However, this policy backfired in 1979 when, while Gairey was out of the country, a coup was launched by the charismatic Maurice Bishop. Bishop was head of the New Jewel Movement, a Marxist political party, and he was immediately made Prime Minister. All other political parties were banned, and Bishop set about trying to build his and the NJM’s vision for Grenada. 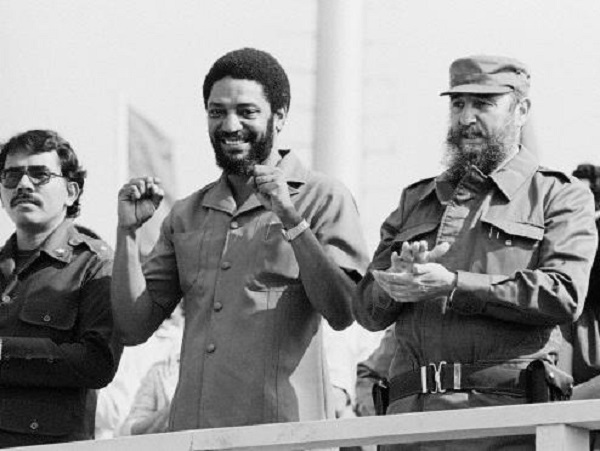 While the NJM was undoubtedly Marxist, Bishop was arguably more of a Grenadian nationalist and, though he was happy to accept aid from the Communist bloc, principally from Cuba and the Soviet Union, he was interested in pushing a more non-aligned policy that put Grenada’s interests firmly at the heart of his government than outside parties. And this may have led to what ultimately happened, though the motivations of those involved is still subject to debate.

In May and June 1983, Bishop visited the Unites States and, though the trip appears to have done little to improve the sour relations between Grenada and the US, it seems to have alarmed some of the hardliners in his party as to his ultimate intentions, though I suspect good old-fashioned ambition was the main influence on their thinking.

In October Bishop was overthrown and placed under house arrest by his Deputy Prime Minister and the People’s Revolutionary Army of Grenada. But, failing to account for his popularity with the people, on the 19th of October he was released by a massive protest crowd and marched on the Army’s headquarters in the then-named Fort Rupert, which is located on a promontory on the edge of St. George’s harbour.

What happened next is somewhat confused, but what certainly occurred was an armed confrontation and an exchange of gunfire, leading to several casualties. Bishop and seven of his cabinet and prominent supporters were arrested and shortly after executed by firing squad. 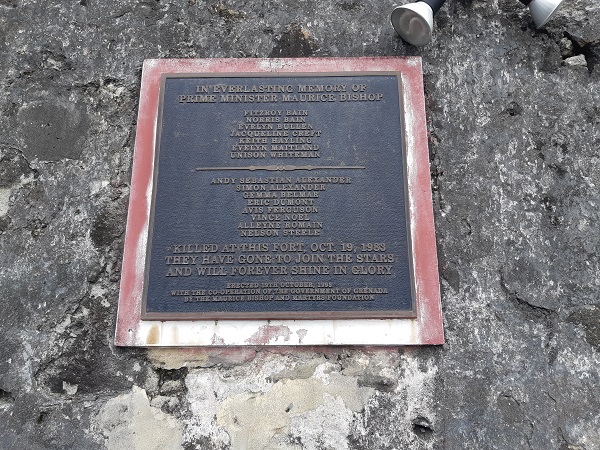 The event gave the Reagan administration the impetus and excuse it needed to intervene.

The United States had for some time been monitoring with alarm the close relationship between Grenada and the Soviet bloc, principally Cuba, since Maurice had taken power. They were particularly concerned at the building of a new international airport at Point Salines in the south of the country, which was substantially bigger than Grenada’s existing airport, Pearl’s, which was located on the island’s east coast.

The Americans feared that Grenada would become an important supply point for efforts to destabilize South and Central America by providing a logistic and training base for communist-backed guerrillas in the region – a fear that, considering the quantities of weapons recovered after subsequent events, was likely justified. 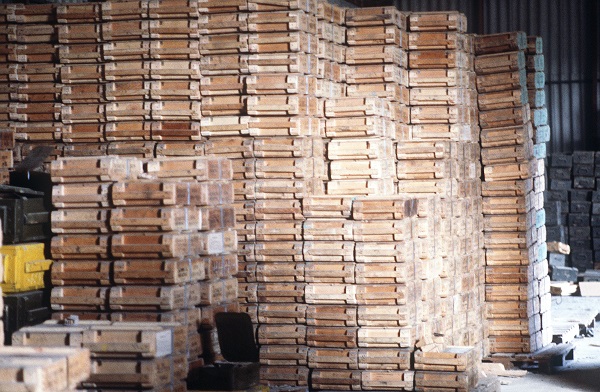 Huge stocks of ammunition, along with large quantities of weapons were captured y the Americans

A further complication was that St. George’s University was host to several hundred American medical students who now faced a very uncertain situation as the Grenadian military ordered an island wide curfew.

So, the United States acted, and an invasion of Grenada was launched on the 25th October – Operation Urgent Fury.

The campaign saw a vast amount of American firepower and personnel deployed, and hardly unsurprisingly the People’s Revolutionary Army and a few hundred Cuban workers and military advisors assisting them were overwhelmed in four-days.

The fighting was quite fierce in the initial stages, and nine US helicopters were lost to anti-aircraft fire. 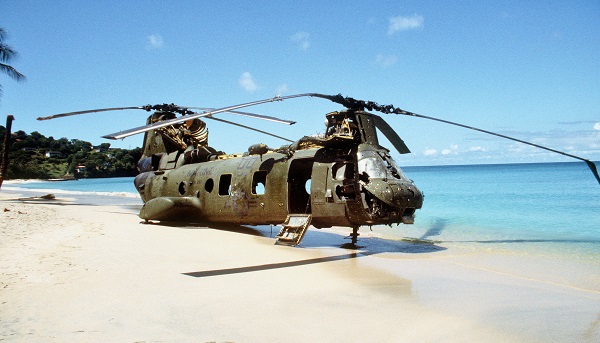 The campaign was also remarkable in seeing the 75th Ranger Regiment conduct a parachute drop onto a defended position when they took the under-construction Point Salines airport in a sharp action against PRA and Cuban forces.

At Pearls Airport, things were a little quieter. The job of taking the airport was assigned to the 2nd Battalion of the 8th Marine Regiment. Reconnaissance by Navy SEALs found that an amphibious landing in the heavy surf in the area was impossible and so a helicopter assault was planned. As the hills around Pearls had anti-aircraft gun positions, the Marines opted to land at a spot 700 metres south of the runway. 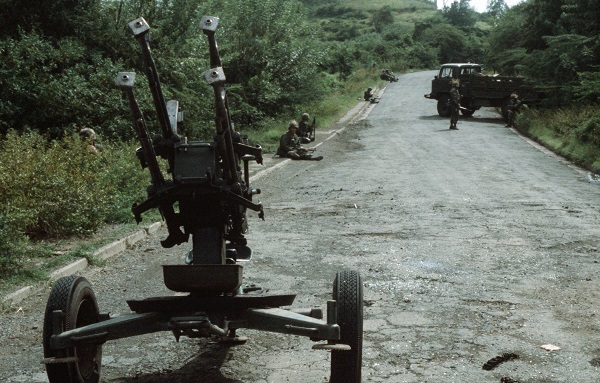 At 0520, just as the dawn was breaking, the first wave of Marines in four CH-46 Sea Knights, one CH-53 Sea Stallion with jeeps and heavy weapons, and two AH-1 Cobras for fire support swept in. Graphically demonstrating that combat casualties aren’t all about hostile fire, this wave met no opposition but suffered two men injured with broken bones whilst rushing to unload the CH -53.

The second wave came under fire from a heavy machine gun, which was promptly silenced by a Cobra.

As the Marines approached the terminal, they came under fire, but this ended when the Marines returned it and the militia guarding the airport, quite wisely, literally headed for the hills.

With that Pearls was seized and soon opened to receive American C-130 transport bringing in reinforcements. And the Marines were able to examine two prizes that had been taken with the airport.

The An-26, registration CU-T1254, had flown in the day before bringing Cuba advisors. With the United States and Cuba not on the best of terms, the aircraft was impounded. 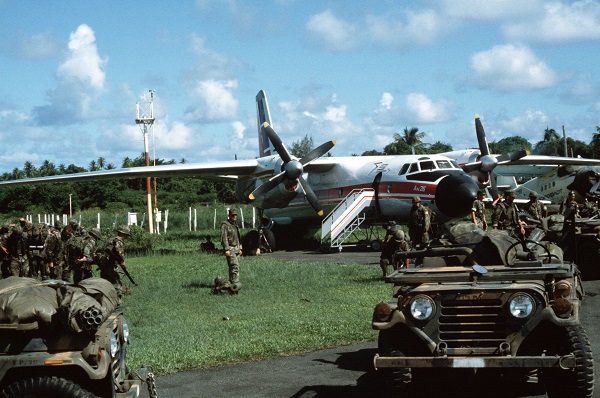 The An-2, registration CCCP-71189, was a crop-dusting model that had been supplied as a gift by the Soviet Union to Grenada which was to be used for spraying the island’s plantations. 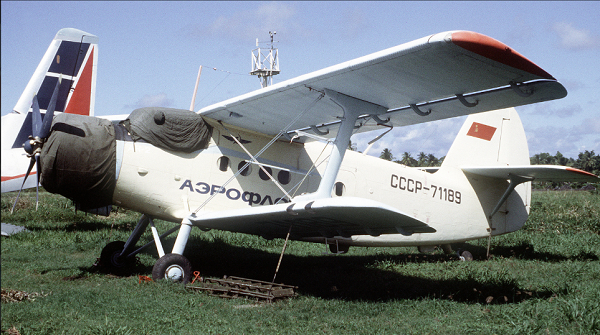 Now I’m not sure if the aircraft suffered any damage, certainly pictures at the time seem to show them appearing to be in good condition. But whatever the reason, these two aircraft are still situated not far from where they were abandoned to this very day – though it is fair to say that the thirty-eight years that have passed since the invasion and me being able to poke around them has, to put it mildly, not been kind. 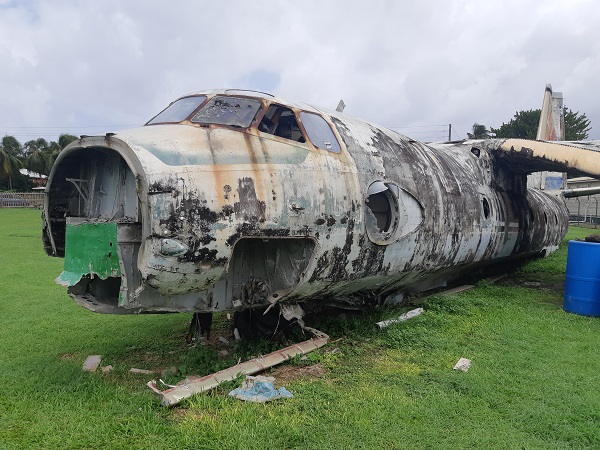 Both aircraft were evidently stripped of anything that may have proven useful, assumable by local people, and the elements have wreaked havoc on them. They have also been moved off the old runway, which is also long disused for air travel, and are located on an area adjacent to it. 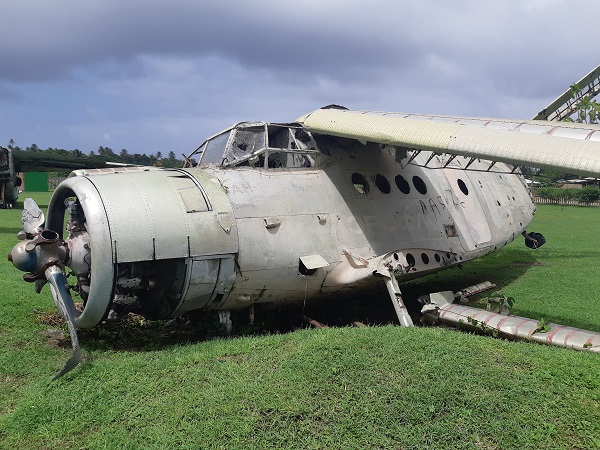 As you can see from these pictures, the wrecks are in a poor condition and will likely never see any restoration. But they do mark an interesting little footnote in a Cold War conflict, in effect the only remaining relic of a battle that occurred towards the end of that historic confrontation.