Few situations were more desperate than that of the British in the early years of World War Two when they faced being starved into submission by German blockade. Desperate times, as the saying goes, call for desperate measures. And few measures show how desperate the British were to combat the threat of submarine and air attack on their convoys than the first stopgap counters to the threat; the CAM and MAC vessels of the British and Dutch merchant marine – in essence civilian aircraft carriers!

With the fall of France in June 1940 Britain found itself in dire straits as the full weight of the German Kreigsmarine and Luftwaffe started to throw their weight against the beleaguered island. Whilst the Battle of Britain and the plans for the invasion of England garner a great amount of attention, the most important campaign for the British, the Battle of the Atlantic, was just about to hit its bleakest point.

With access to the French Atlantic coast naval bases the Germans could range their U-boats unimpeded on patrols to interdict the critical war and food supplies that the British Home Islands needed to stay in the fight. But with access to French airfields, the Luftwaffe could also use its long range Focke-Wulf FW 200 Condor aircraft to track convoys far out into the Atlantic. 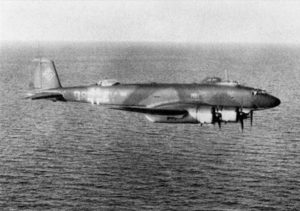 Well out of range of land-based air cover, the Condors would shadow convoys and transmit constant contact reports which were relayed to the U-boat wolf packs and to the Luftwaffe’s dedicated anti-shipping units who could swoop down with torpedoes and bombs. 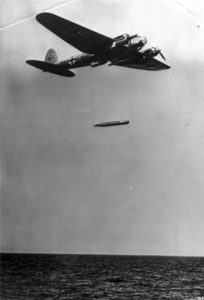 The situation was critical. The Royal Navy did not have any fleet carriers to spare for convoy protection. They had already lost HMS Courageous whilst on anti-submarine patrol in 1939 and HMS Glorious during the Norwegian Campaign and simply could not risk any more carriers for this task. Plans were laid and orders placed for a new type of ship, the Escort Carrier, but it would be several years before enough of these ships were available to make a difference.

This was too long as the crisis caused by lost shipping required more immediate remedy. In 1940, aircraft attack sank 192 Allied ships of 580,000 GRT. This would be exceeded in the first four months of 1941 alone! Desperate to stem these depredations, the British rapidly developed a stopgap weapon designed to drive off snooping Condors and break up aircraft attack; the Catapult-Armed Merchantman. 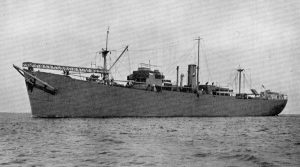 The Empire Franklin after conversion to CAM

The CAM ships were civilian freighters that had a launch ramp fitted with a rocket-powered catapult. These would have a Hawker Hurricane mounted which would be launched to attack enemy aircraft. CAMs carried two Hurricanes, nicknamed “Hurricats”,  with the “alert” fighter having the pilot strapped in for two hour shifts when on standby.

Once launched, the pilot would have no chance of landing his aircraft unless he was in range of land. Therefore he would have to catch his target, deal with it and ditch close to friendly ships in the hope they could pick him up.

Initially five vessels were converted and operated by the Royal Navy, the Fighter Catapult Ships, which proved the concept on 11 May, 1941, when Sub-Lt F.M. Harvey flying a Fairey Fulmar from an FCS drove off a lurking Condor and landed in Iceland. This was followed up when Lt. R. Everett achieved the first FCS/CAM kill on 3 August, 1941. Flying a Hurricane from HMS Maplin, he shot up a Condor that subsequently crashed landed in France.

While the FCS vessels were commissioned naval ships, the subsequent CAMs were all civilian registered with merchant marine crew. The naval ratings and aircrew all became, in effect, members of the Merchant Navy. The ships continued to carry cargo loads in addition to their new fighters.

In total 35 CAM conversions (plus the 5 FCS) were carried out and served between May, 1941 and September, 1943. In that time they shot down nine German aircraft and drove off several others. Twelve of the CAM ships were lost in action.

The CAMs, while undeniably an innovative – if desperate – solution, were very much a stopgap and plans soon formed for a more ambitious conversion that would allow merchant ships to act as proper carriers with the ability to fly off and land aircraft, whilst retaining almost their complete freight cargoes.

The Merchant Aircraft Carriers, abbreviated to MAC, were grain carriers or oil tankers that had a flight deck (and in the grain ships, a hanger) added to the top deck of the ship enabling them to operate a flight of anti-submarine aircraft.

The situation was at crisis point and it was the ship owners who offered a solution, with a number of powerful shipping magnates working to convince the British Admiralty of the viability of the conversion.

The first two MACs were ordered in June 1942 and were built effectively from scratch on the hulls of grain ships that were just beginning construction. The first of these, the Empire MacAlpine, entered service in April, 1943.

All the vessels carried 3-4 of the ubiquitous Fairey Swordfish for hunting submarines, as well a single 4” gun and combinations of 40mm Bofors and 20mm Oerlikon for anti-aircraft defence.

In total six grain ships were built as MACs, along with thirteen tankers – four new-builds and nine conversions. Of note amongst the converted tankers were the MVs Gadila and Macoma which were Dutch registered-and-crewed vessels and as such the first “aircraft carriers” operated by that country. 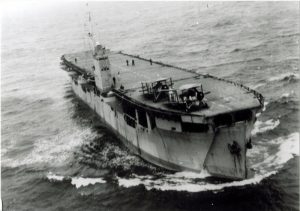 This is made even more peculiar by the fact that though the air and gun crews on the MACs were all provided by the British or Netherlands navies, the crews were merchant mariners and, like the CAMs, the military personnel had to “transfer” to the Merchant Marine whilst serving on board.

The ships lost some cargo space to compensate for the aircraft, weapons and additional crew carried, with the grain carriers losing 30% and the tankers 10% of their capacity. At the time of their conception, this seemed like a good compromise, as both shipping and aircraft carriers were of critical need.

However, by the time they started to enter service the U-boat threat was being pushed back. New technology and long range aircraft had closed the gaps in coverage and the dire situation of the early war years had rescinded.

The MACs did see use as escorts, and engaged in anti-submarine patrols. Over four thousand sorties were flown by MAC aircraft and, though no U-boats kills were ever attributed to them, they certainly drove off plenty of attackers. The presence of a MAC in a convoy greatly heartened other crews because of the success they had in protecting their charges.[i]

The ships ability to carry both cargo and aircraft was also exploited to ship the backlog of aircraft in the United States to Britain that were needed for the build up to D-Day and the subsequent campaign in North-West Europe.

Though it was briefly considered in late 1943 to use the ships in the Pacific with fighter aircraft, by then American ship building was launching aircraft carriers of all types in staggering numbers. In September, 1944 the MACs began to be taken out of service for conversion back to pure freight ships. Many would go on to see decades of service in their original roles.

After conversion back to civilian use.

While CAM and MAC ships were of limited utility as compared to purpose built warships, their successful use means that the concept of using civilian ships as ersatz carriers is far from dead.

With the huge size that modern container ships are reaching, in combination with the helicopter and VSTOL aircraft like the Harrier and F-35, proposals to use this idea to quickly build up carriers is still one that is very much considered a possibility

In the early 1980s experiments were conducted by the US and Royal Navies, while in 2011 shipping giant Maersk even put out promotion material on the idea that their container ships could be used in a range of military roles with the use of modular conversion kits:

It remains to be seen if the idea of flying aircraft in war from civilian ships ever needs to happen once again. But with the example of the remarkable MAC and CAM conversions, it’s probably wise not to bet against it. 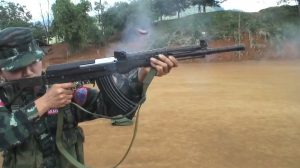 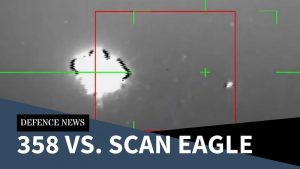 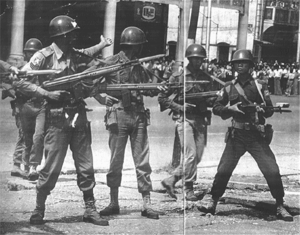 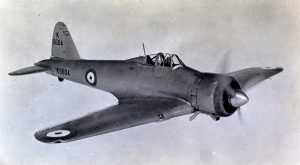