Very early in the morning of April 28, 1944, a Bf-110 night-fighter was stalking an enemy bomber through the dark skies of Southern Germany. The pilot, Staffelkapitan Wilhelm Johnen, already had eighteen kills to his credit and was intent on getting his next. 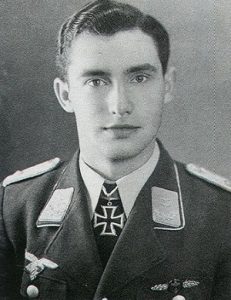 His aircraft that night was the perfect weapon for the job. The big Messerschmitt was a G-4 model, one of Germany’s most advanced aircraft. Fitted with a cutting-edge SN-2 Naxos radar set and a Schräge Musik upward firing armament installation, it represented one of the Nazi’s most secret weapons. 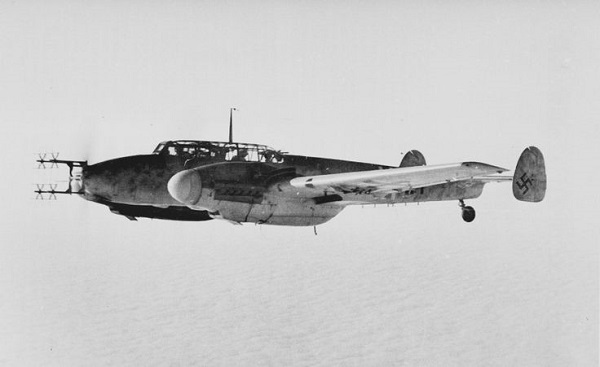 With the RAF’s night bombing raids taking a fearsome toll, the advanced night fighters were considered assets of national importance if the Luftwaffe were to hope to inflict enough casualties on Bomber Command to force it to reduce the devastating attacks.

Johnen closed with his target, a Halifax Mk.III of No. 35 Squadron, piloted by Warrant Officer Bob Peter (RAAF) and opened fire. He hit the Halifax hard, but the bomber returned fire, damaging Johnen’s aircraft. Both planes had to make emergency landings, and this is where things got complicated. During the pursuit both aircraft had strayed into the airspace of neutral Switzerland.

Under international law, any aircraft and their crew that landed in a neutral country had to be interned for the duration of the conflict. As a result, thousands of Allied and Axis airmen were languishing in camps in Switzerland, and their aircraft were now in the hands of the Swiss.

This would normally just be written as “one-of-those-things”, but with the Bf-110G-4 things were different. So secret was the aircraft’s radar system, the Germans could not risk it being in the hands of another country, even a neutral one.

To add to that, Johnen’s crew that night was one Oberfeldwebel Mahle, who had been involved in the development of the Schräge Musik weapon system and had expert knowledge on it, and Leutnant Kamprath, who was the squadron signals officer and had all the latest radio codes with him in the aircraft, despite that being strictly forbidden.

Hitler, hearing of the lost aircraft and crew first thing in the morning, decided it must be treason and demanded that action be taken. The lost crews’ families where all arrested by the Gestapo, though they were all released when it was determined that the situation was a genuine accident.

Somewhat more alarming was the calling in of Germany’s foremost special forces commander, Otto Skorzeny, who was given the job of coming up with a plan on how to destroy the impounded aircraft. This got as far as the planning of an operation and assembling a team for the job on the Swiss border.

It was here that some common sense broke out. Instead of engaging in a military operation that ran a whole bunch of risks, why not just buy the Swiss off.

Throughout the Second World War, the Swiss Air Force’s primary fighter force was made up of 80 Bf 109Es, acquired from Germany in 1939, and about 300 of the D-3800 series that were improved versions of licence-built Morane Saulnier MS.406s. Though these aircraft had done the job of defending Swiss airspace throughout World War Two, the Swiss really needed modern fighters.

So, the Germans offered to sell them twelve of their latest Messerschmitt Bf 109G-6s at the cost of half a million Swiss francs each. These could be added to two existing aircraft of this type that the Swiss has already interned. 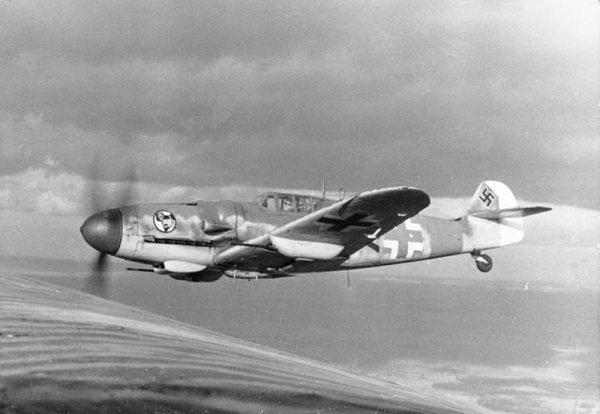 In exchange, the Swiss would destroy the problematic Bf-110 with witnesses from the German military and return their aircrew. Technically, this last condition was a violation of the Geneva Convention, but the Swiss agreed to it.

Mind you, the whole affair was beset with double crossing. The agreement hinged on the Swiss not examining the captive aircraft, nor its special equipment. But they almost certainly did, and the German observer nearly did not give approval to the deal as it was apparent that some of the radar had been taken apart and then reassembled. 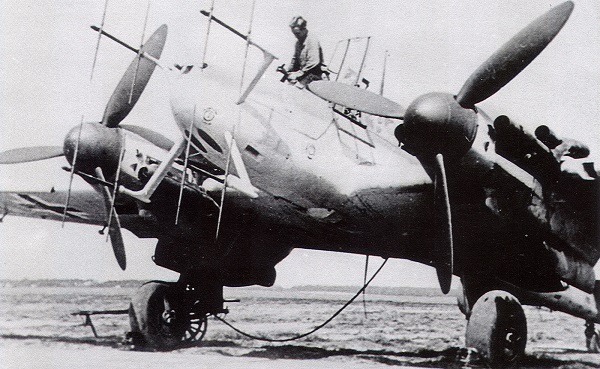 The Bf-109Gs were then delivered to the Swiss in May but were found to be so poorly made – an indication of how the war was going for Germany – that they were almost useless. In fact, so bad where they that the Germans actually paid back half the purchase price after the war. 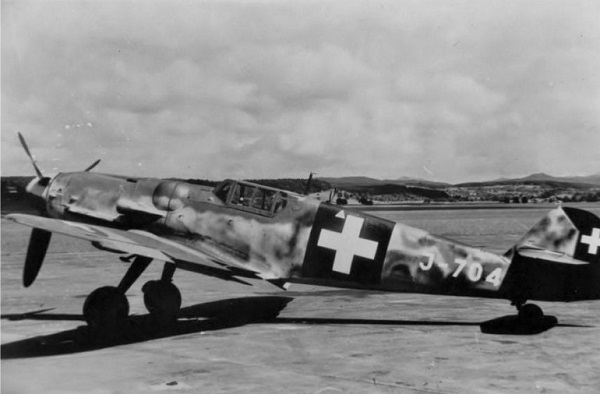 The Bf-109Gs puttered around until 1947 until they had to be grounded as unrepairable, whereas the venerable Bf-109Es carried on until 1949 when they were replaced by P-51 Mustangs and Vampire jets.

And Johnen? He eventually scored 34 kills and won a Knight’s Cross. His autobiography “Duel under the Stars” was one of the first books published in English by a Luftwaffe pilot.

Oh, and as a footnote, the Allies got hold of a SN-2 radar in July anyway…