This is the story of a truly remarkable –and tragic – ship.

The HMS Implacable literally served throughout the entire Golden Age of the Royal Navy, when that force dominated the world’s oceans for a century and a half. Launched in France as the Duguay-Trouin in 1800, the 74-gun Third Rate Ship of the Line served with the Napoleonic Navy, fighting at the Battle of Trafalgar in October 1805. 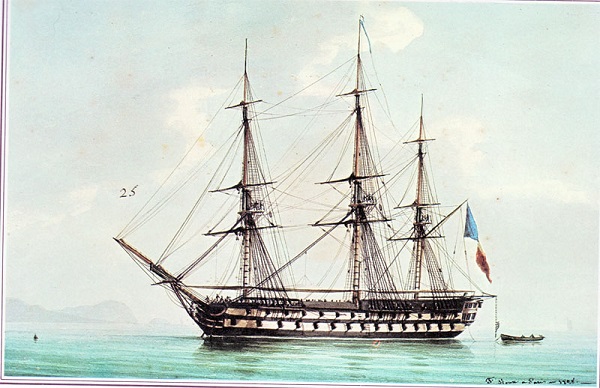 This battle would cement British naval supremacy until the Second World War, and the Duguay-Trouin was lucky to escape, one of only four French ships to get away. However, she was to be captured two weeks later in a battle that mopped up the remnants of the French/Spanish fleet and was renamed HMS Implacable – the first Royal Navy ship to bear the name.

In this guise she served the Royal Navy throughout the Napoleonic Wars, including fighting a Russian warship to a standstill in 1808, and in the years after. In 1840 she took part in the bombardment of Acre to restore Ottoman rule of the city, before being docked in Devonport as unseaworthy in 1842.

In 1844 she was taken out of commission, then in 1855 converted into a training ship for boys and served at this role for several decades. Technically, her name was given to a Formidable-class battleship in 1899, but she continued to be known as Implacable and serve as a training ship. 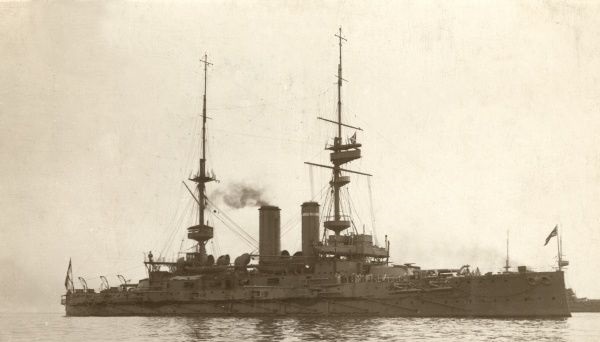 HMS Implacable in 1917; a Formidable-class battleship. She served in World War I and fought at the Dardanelles

She ironically saw out her namesake, which went to the scrapyard in 1921, but needed several refits to stay in the water. But she carried on, enjoying periodic public sponsorship throughout the 1930s and then survived bombing raids by the Luftwaffe throughout the Second World War. That conflict saw another namesake enter service, the first of a class of aircraft carriers. 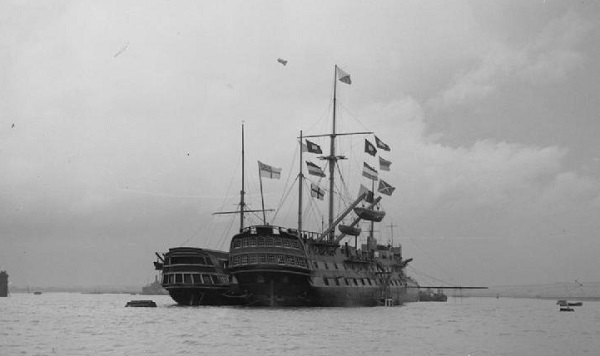 But where battle couldn’t kill the old ship, the politicians and, more particularly, their finances could. Completely broke after World War Two, every possible expenditure of the British government needed to be cut. And Implacable needed £200,000 pounds of restoration work; That’s about £7,000,000 in 2020 money.

It might seem like a trifle, by governmental standards. But it was more than the government were willing to pay. In 1947 she was offered to the French as a possible museum ship, but they had even more money problems than the UK. 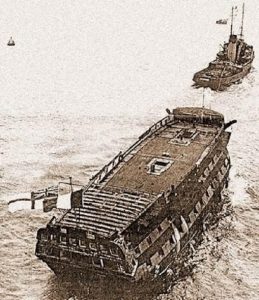 So on December 2nd, 1949, the HMS Implacable was towed out into deep water. A charge was placed onboard and she was scuttled. She was 149 years old at that point, second in the Royal Navy only to HMS Victory, Nelson’s flagship.

Though a tragedy form a historical point of view, the public outrage that was sparked forced the government of the day to guarantee the preservation of the clipper Cutty Sark, which remains in Greenwich docks as a museum that has enthralled generations if children.