The fall of Afghanistan to the Taliban has led to quite a bit of press coverage, as you’ve probably noticed. One of the topics that has seen countless type ink spilt is just how much equipment the Taliban have captured.

In fact, I covered that very topic myself.

No doubt this will remain a subject that is never resolved with total accuracy, what with the vagaries of the war, how much was sabotaged and the uncertainties of how much was used by Afghan military forces fleeing the country.

But some of the figures put out by the media are, quite frankly, ridiculous. Oh well, I’m sure it all makes for good headlines, which seems to be the point after all. And generally, I’d be content to ignore the uproar and concentrate on information from sources that actually know what they’re talking about.

But then I saw a certain political figure in the UK make a claim about how when the British evacuated France in 1940, they destroyed ALL their equipment before they left.

Now, I am not going to express any current political opinion regarding this statement or the speaker – because everyone does that nowadays about literally everything it seems, and that annoys me intensely. What I will take issue with as regard to this statement is that it is, from a historical perspective, complete nonsense.

So, here’s a very curtailed summary of the stuff the British left at Dunkirk and what the German’s reused.

The evacuation of the British Expeditionary Forces from France must rank as one of the biggest defeats and most successful PR campaigns in the whole of military history. Codenamed “Operation Dynamo”, the British did pull off the remarkable feat of saving most of their soldiers from France in a naval operation that ran from May 26 to June 4, 1940.

In that time, more than a third of a million men were lifted from the French port of Dunkirk, followed by almost another two hundred thousand in the following weeks from the French Atlantic and Mediterranean ports. This effort certainly deserves applause for saving the cream of the British Army, which would serve as the kernel for the rapidly expanding forces and go on to fight for the next five years.

But in terms of weapons and equipment, the BEF lost just about everything, barring some small arms. These losses would take some time to replace. It would also mean that in some areas the British Army seemed throughout the war to be playing catch up to the Germans because the need to replace these losses set back weapon development and procurement programs.

So, what exactly did the British leave behind?

Well, it’s important to remember that in the figures to follow, some was also lost in action fighting the retreat and some was sabotaged by crews before they left.

The British lost in France: 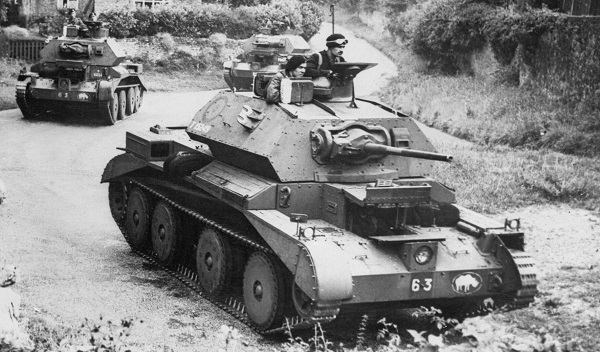 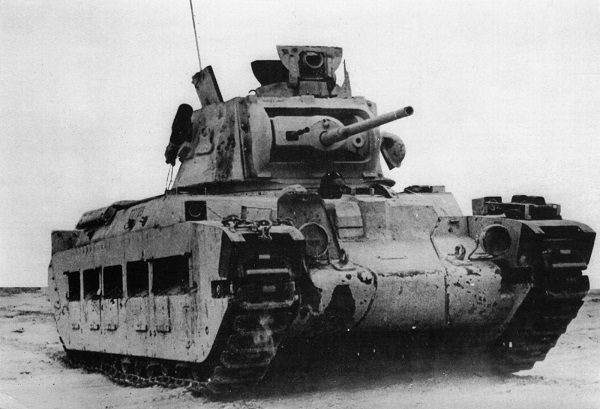 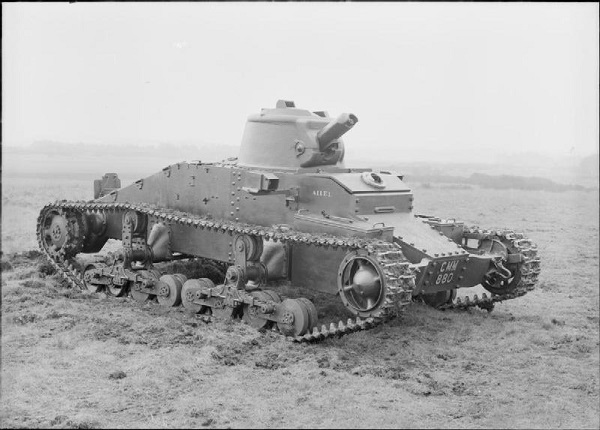 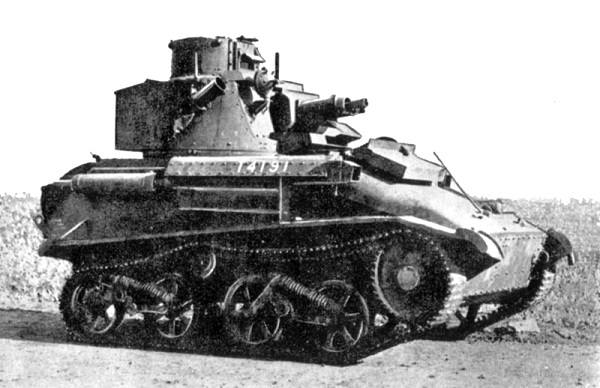 These losses represented a huge amount of the British tank fleet at the time – about 57% of their cruisers, 42% of their infantry tanks and 45% of their light tanks. And, as the Germans were critically short of tanks throughout the entire war, they were happy to use whatever they could lay their hands on – especially the Cruisers.

Though these have a somewhat poor reputation nowadays, in 1940 the British Cruiser tanks were as good as most available to the Wehrmacht, and considerably better than the Pz.Is and IIs that made up the majority of the German tank fleet at the time.

It appears that most of the tanks captured that were still running were sent to the German army’s assessment centre for testing and troop familiarization. But several went on to see combat use with their new owners. At least one Cruiser Mk.II is reported to have been used by the Germans against the British themselves before they’d even left France. 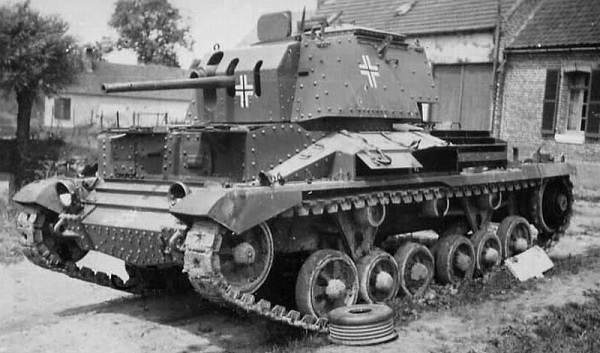 And other captured Cruiser tanks went on to fight a surprisingly long way away. For example, nine Cruiser Mk.IVs served with Panzer Abteilung 100. This unit served through late-1940 until mid-1941 as part of the occupation forces of the Netherlands, as well as training for the proposed invasion of the UK.

Then, with the invasion of the Soviet Union in June 1941, the battalion was assigned to the 18 Panzer Division and the Mark. IVs marched East. 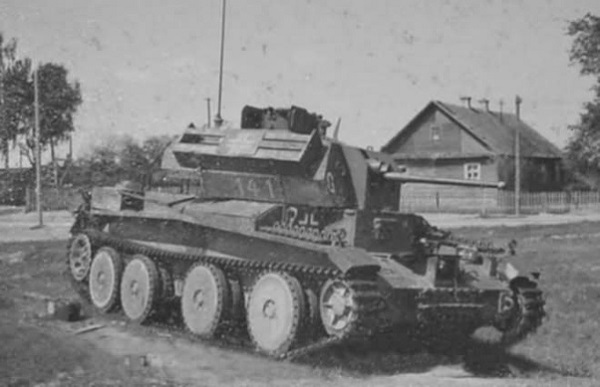 No details are really known of their service in Russia, but they likely didn’t last long in the face of Soviet anti-tank guns and the sheer distances that needed to be covered.

Though this seems to be the most concentrated use of captured British armour, tanks taken in France continued to pop up, with one Cruiser Mk. III photographed allegedly being used in Yugoslavia in 1943 or ’44, probably on anti-partisan duties.

The other types also saw some use. At least one Matilda II infantry tank was used in the Netherlands up until late-1942, where it was used to practice amphibious assaults. Another Matilda had its turret removed and replaced with a 50mm anti-tank gun with a shield.

The light tanks were also used – though again, after conversion. The Mark Vis formed the basis for a small run of self-propelled artillery, fitted with either 105 or 150mm howitzers, and also associated munition carriers. 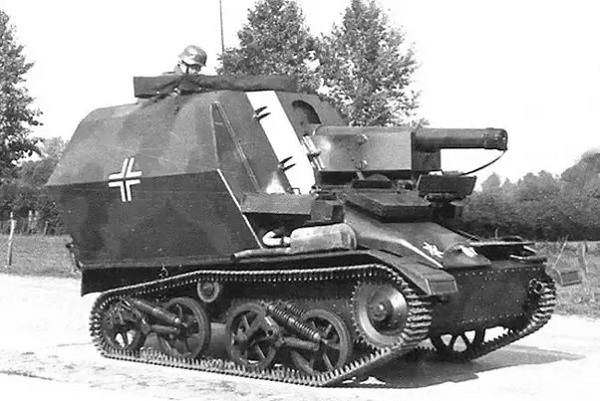 These served in Russia possibly until 1943.

Additionally, components from Mark Vis seem to have been used to build halftracks. 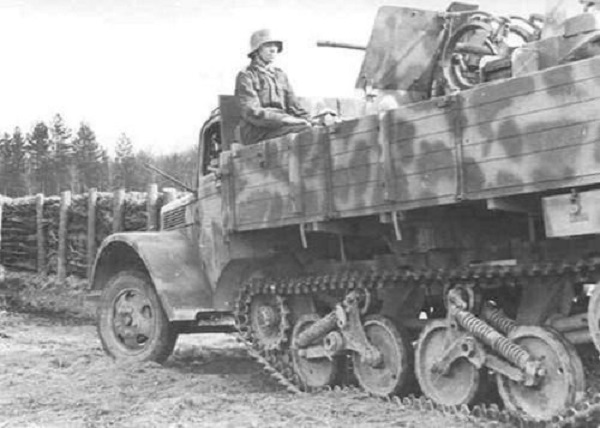 Of other vehicles captured by the Germans, several armoured cars continued in use. Daimler Dingo’s, most likely captured in France, were used in Russia, and it seems that the type was also used by the SS Totenkopf Division.

The British lost a huge amount of artillery in the Battle for France and subsequent evacuation. 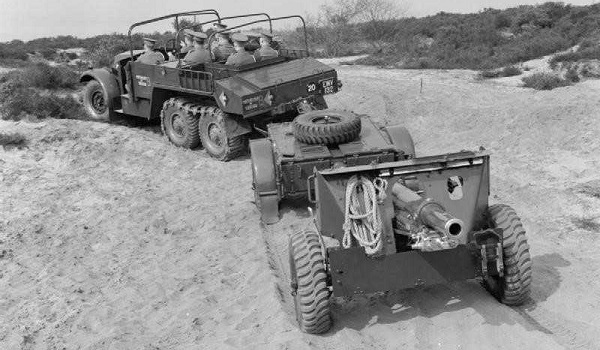 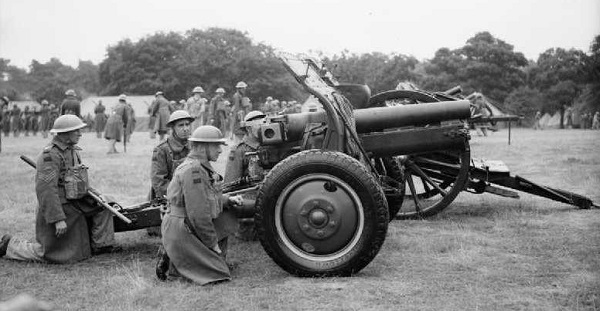 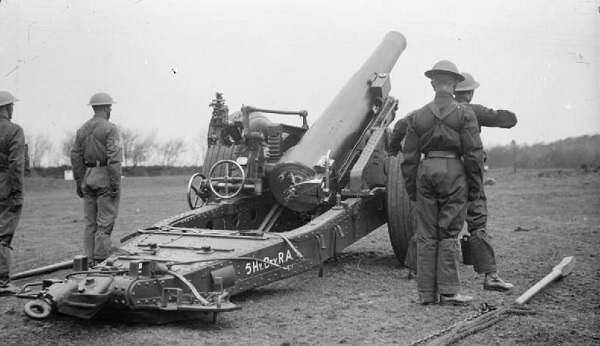 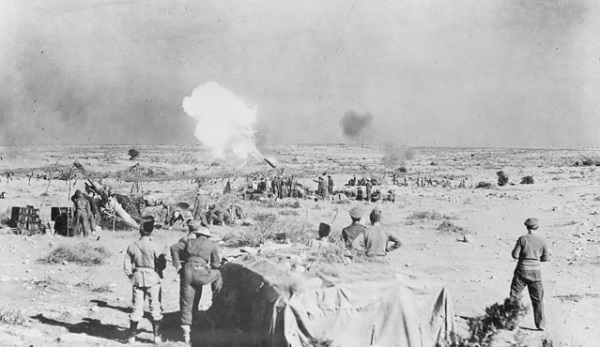 Also lost were a number of heavy and super heavy guns.

The exact quantities recovered by the Germans are uncertain, and no doubt crews did manage to spike several their own guns before abandoning them. But numbers of these pieces would subsequently be redesignated for German service and be used in coastal defence batteries.

Considering the Germans had something like 7,000 artillery pieces – of all sizes – available to them at the time, the capture of hundreds, possibly as many a thousand guns, was a substantial number.

What were also greatly valued were the QF 3.7” anti-aircraft guns. 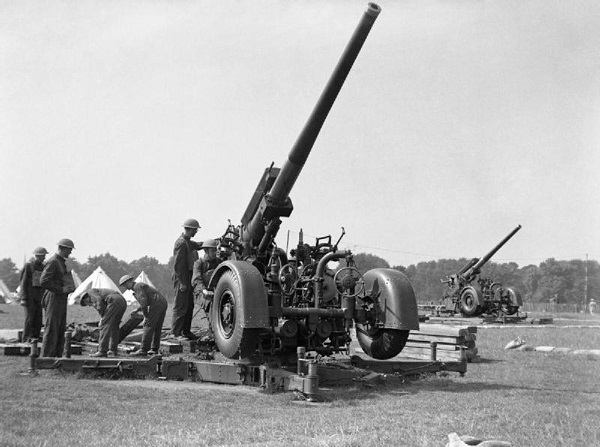 These were one of the most advanced weapons of their type in service in 1940, and though the numbers captured by the Germans are unclear, they not only applied their own designation to the gun but also made their own ammunition for it. 3.7” guns would be used by the Germans in western Europe, and in fact some ended up reportedly being used against British forces that were trying to take the Dutch island of Walcheren in late 1944.

Also taken were large number of the British 2-pdr anti-tank gun, which were redesignated by the Germans as the 4.0 cm Pak 192 (e). The British lost 509 of these in France, about 60% of their total anti-tank gun strength.

That accounts for most of the major items, and in fact represents a rather cut down coverage of what was lost. There was also 64,000 trucks and motor vehicles, again items that the Germans’ suffered a critical shortage of throughout the war. 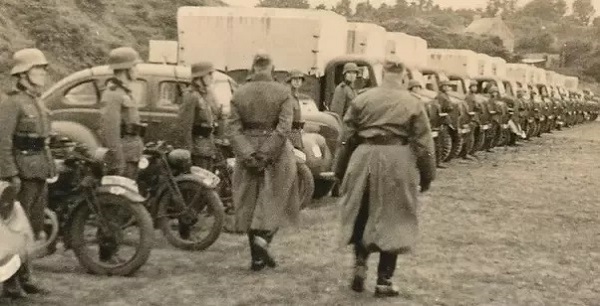 The sheer numbers of vehicles they captured must have been a positive boon for the Wehrmacht, and Bedford’s and Scammel’s were used as long as they could be kept running – which might have been quite a while because at least one of the latter was filmed in Czechoslovakia at the very end of the war.

I won’t even go into the huge amounts of small arms and things like infantry mortars lost, but this was enough that auxiliary foreign units of the German military would employ British weapons throughout the war.

And, at the very end, British weapons would be used in the final stands by the Volksstrum in places like Berlin.

So not only did the British army leave a lot of viable equipment on the beaches of Dunkirk, but the Germans also used a fair bit of it for the duration.