There is a common historical opinion that a major reason for the successes in the air enjoyed by the Axis powers at the start of World War Two was due to their learning valuable lessons from their participation in conflicts before 1939. There is a measure of truth in this.

For the Germans, their participation in Spain led to developing tactical doctrines in how to operate fighter aircraft, close-air support and armoured units, though it also arguably gave them some misconceptions on the relative importance of bombing at a strategic level.

For the Japanese, their long running war in China reinforced their perception on building fighter aircraft that emphasised agility and manoeuvrability over other factors.

However, one of the problems with the viewpoint that these experiences were key to the development of weapon systems that help explain the Axis initial successes is that it ignores the fact that the future Allied powers were also watching these conflicts carefully themselves. This is certainly true of American aircraft companies.

As was pointed out in our article on Bob Short, U.S. aero manufacturers were supplying their latest fighter prototypes from as early as 1932 to the Republican Chinese – both to get sales and to test and develop better aircraft. It is as a product of these observations that the Curtiss Wright CW-21 Demon interceptor was designed and built.

After full war broke out between the Japanese and Chinese in 1937, one observer was William Douglas Pawley, who represented the Curtiss-Wright aircraft company in China. Curtiss at that time was looking to sell their latest fighter, the P-36 Hawk.

But as the air war developed Pawley recognised that the Chinese didn’t just need a competent fighter like the P-36, they also needed a fast climbing and agile interceptor. To this end he initiated development of a very lightweight design based on an existing Curtiss offering, the CW-19 trainer.

In some ways you can draw a parallel with British fighter development at the time. The P-36 is often compared to the Hawker Hurricane, an aircraft that was created at the same time and which represented a more rounded fighter aircraft.

The CW-21 is broadly analogous with the Supermarine Spitfire; a high-performance interceptor intended to get to altitude quickly. And the Demon could certainly do that.

Development went quickly, with the first flight of the prototype occurring on September 22, 1938. Powered by a Wright 9-cylinder engine that put out 850hp, Curtiss claimed the aircraft capable of a climbing at 5,000 feet/minute, though it seems more likely that 4,800 feet/minute was the correct figure. For perspective the Spitfire Mk.I, which had only just begun to enter service with the RAF at that time, had a maximum rate of climb of 2,500 feet/minute. 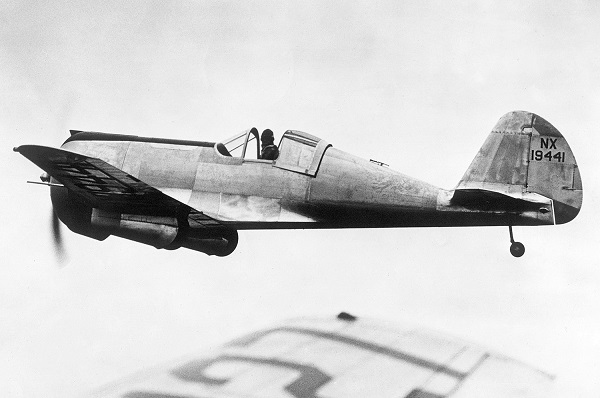 This first model of the Demon was equipped with two nose mounted machine guns; a single 0.50 calibre and a single .30 calibre machine gun fitted in front of the pilot and firing through the propeller arc. The aircraft was tested by the United States Army Air Force (USAAF) and immediately rejected for any possible adoption.

This wasn’t a surprise as the USAAF had no requirement for an aircraft like the CW-21, but reportedly the test pilot was alarmed by the handling of the aircraft, stating that a pilot would need to be a genius to land the Demon.

The Chinese weren’t so picky. The CW-21 prototype arrived in China in February 1939. Based in Kunming, it was flown in comparative trials against other foreign types in Chinese service. One test flight pitted a Demon against a Soviet-built I-15 biplane, a manoeuvrable dog fighter. The CW-21 was able to get on the tail of its agile opponent by using its excellent climb abilities. 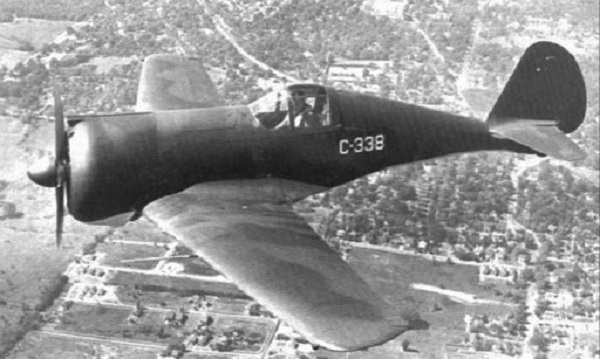 More was to come a few weeks later when the test model went into action against Japanese bombers and shot one down – though there are some doubts as to whether this actually occurred.

Regardless, the Chinese were impressed and bought the demonstrator outright and ordered three CW-21s straight from Curtiss, as well as parts for another 27 to be built at their own factories.

The demonstrator was written off in a crash in June 1939, and the rest of the order was shipped to China via British Burma in May 1940. Unfortunately, there they got snagged in politics as the British tried to avoid antagonising the Japanese.

The three built aircraft eventually got turned over to the American Volunteer Flying Group, the famous “Flying Tigers”, pretty much in time for the Japanese attack on Pearl Harbor on December 7, 1941. These then attempted to fly to Kunming to join the rest of the AVG on December 23, but all crashed on route, probably due to bad fuel.

The unassembled aircraft have a bit more of a mysterious fate. It is thought that most were lost in bombing or just in the confusion of the war with Japan while still in their crates. However, it seems that two were completed by the Chinese, though what happened to them is unknown.

That would be the end of the story, except the CW-21 also received another order and the combat record of those aircraft is better documented.

In April 1940 the Netherlands signed a deal to buy 24 CW-21Bs from Curtiss. These had an improved undercarriage, a retracting tail wheel, greater fuel capacity and the ability to carry four machine guns – which circumstance meant .303 Browning’s as used by the RAF.

These improvements made the CW-21B heavier than its predecessor, but it was still capable of a maximum speed of 314 mph and an excellent climb rate of 4,500 feet/minute.

With the fall of Holland in 1940, the aircraft all went to the Dutch East Indies – now the country of Indonesia. By February 1941, these aircraft had all been delivered and were flying with the 2nd Fighter Squadron. Here their lightweight construction began to show its flaws and some of the aircraft began to develop cracking in the undercarriage. 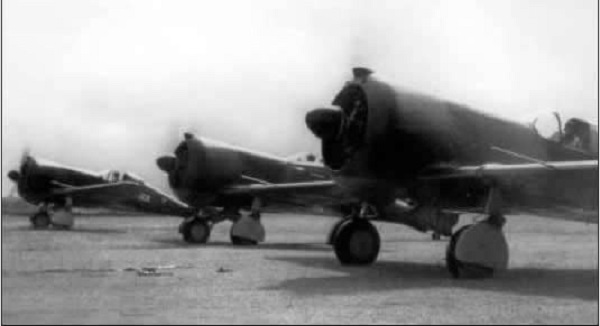 With the Japanese attack on the Dutch East Indies in early 1942, the CW-21Bs were thrown into the fight. Technically, the Demon was built in a similar vein to its Japanese opponents, particularly the Japanese Army’s Ki-43 Oscar, with which it had a great deal of similarity in terms of weaponry, performance and engineering. That isn’t so surprising when you consider that both aircraft evolved out of the fighting in China.

But one thing the Demon didn’t have that the Japanese Oscars and Zeros did was the pilots who had honed their skills in years of fighting, nor their numbers. In a month of desperate fighting the CW-21Bs were largely eradicated, as were all the other Allied fighter types that tried to stand against the Japanese.

The Dutch Demons are generally attributed with four kills, which considering the circumstances was probably about as good as could be expected. But it raises the speculation that if the CW-21 had had a chance for its pilots to better utilise the unique strengths of their aircraft, or at least if it had been available in much larger numbers, what could the aircraft have achieved?

After all its stable mate, the P-36, did poorly in the initial fighting in the Pacific, but would come into its own later fighting the Japanese over Burma as its pilots gained experience. The P-36 also would go on to evolve into the P-40, which proved a stalwart throughout the war and served in every theatre.

And at least one Demon – the CW-21A – was fitted with the same Allison inline engine as the P-40 for testing, though none of the results seem to have been saved.

So perhaps the Demon, with some very particular high-performance characteristics, might have benefitted from further updating and modification? Or perhaps its lightweight construction would have doomed it as too delicate to prove useful in a war where aircraft armour and protection would go on to play an ever-greater role as the years rolled on.

We can but speculate on what will always remain another one of the Second World War’s “what-if?” aircraft.

If you want to read the most thorough accounting of the actions of the CW-21s, see the War Bird Forum article HERE.