VEF I-16; The Latvian Lightweight

When Latvia achieved their independence in 1919 after seceding from the collapsing Russian Empire and then defeating an invasion from the emerging Soviet Union, they were also left with a bit of a problem. Like all the new Baltic states, they were small countries with big neighbours, and the new Latvian nation’s security, indeed its existence, was going to prove to be at the whims of the dealings of the major regional powers.

However, the Latvian military did aspire to maintain itself as an up to date if small force, and in 1937 was the first export customer for the Gloster Gladiator, ordering twenty-six. 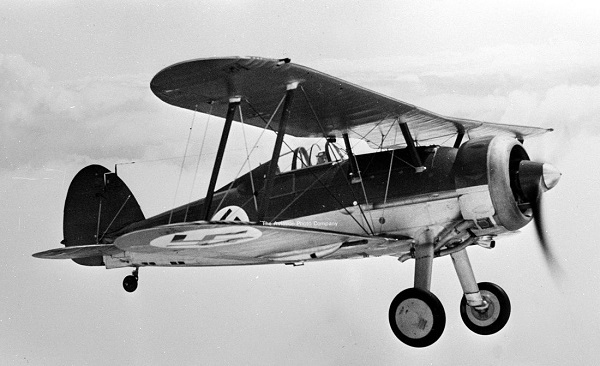 Indeed, in 1939 they would also order thirty Hawker Hurricanes, but circumstance got in the way.

But for a young and increasingly nationalistic country, typified by a coup that occurred in 1934 and established a dictatorship, there was a strong desire to increase national defence and prestige by fielding their own indigenous fighter. And that got right to the cusp of occurring in the shape of the VEF I-16.

The Valsts Elektrotehniskā Fabrika (VEF) company, which translates in English as the State Electro-Technical Factory was established in 1919. Originally it was the workshop for the Latvian Post and Telegraph Department, and focused primarily on manufacturing radios and telephones, before branching out into cameras, lightbulbs – basically all sorts of things.

And one of the engineers who worked for them was one Kārlis Irbītis. He had long had an interest in aircraft and had designed several one-offs for building by small manufacturers and flying clubs in Latvia. In fact his first design, the I-1, first flew in 1925 and was powered by a three-cylinder engine producing 25hp.

In 1935 he convinced the management at VEF to let him build an aircraft for possible sale by the company. This was the I-11, which was a small two-seat sports plane that had a 90hp engine and first flew in 1936. 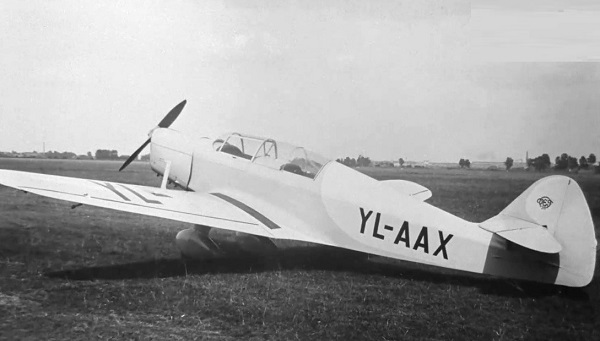 The I-11 was the first of a series of gradually improving and more powerful designs that was intended to ultimately create an indigenous Latvian fighter aircraft. By early 1939 VEF were flying the I-15, an advanced trainer aircraft that was used by the Latvian Air Force and which was powered by a Gypsy Six engine that produced 200hp.

And design work had already begun on the first dedicated fighter aircraft, the afore-mentioned I-16. This used many of the light aircraft features of the preceding designs and essentially was in the same mould as light fighters being experimented with in other countries, particularly France and Italy.

The I-16 was a single-seat, low-wing monoplane with fixed undercarriage. Construction was of wooden structure with plywood skinning, and the control surfaces were fabric covered. 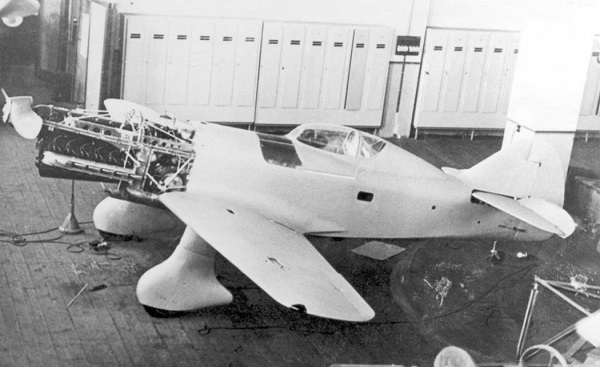 Armament was composed of two machine guns mounted in the nose cowling in front of the pilot and shooting through the propeller arc, with allowance being made for additional weapons to be emplaced under the wings. Depending on the source, this would have been either two more machine guns or two 20mm cannons.

The I-16 was powered by a Czechoslovakian Walter Sagitta I-SR, an air-cooled V-12 that produced 535hp. By 1939, that was about half the horsepower of most new fighters coming into service, but the I-16 weighed only 1,100kg (2,425lb) empty, less than half that of a Hurricane.

First flight took place in the spring of 1940 and proved the aircraft to have good handling, probably understandable given its sporty roots, but an issue with the fuel feed caused the engine to cut out and the pilot had to make an emergency landing, fortunately without damage to either himself or the aircraft.

Work was undertaken to solve the fuel issue, and more test flights conducted. The aircraft does seem to have had a reasonable performance, with a listed top speed of 300mph (483 km/h).

But the timing for the I-16 was poor. In June 1940 the Soviet Union invaded, pretty much sweeping aside resistance and took control of Latvia. The Soviets were interested in the I-series and sent most of them to their own testing centres for evaluation.

Many of the design team and test pilots were also dispatched, sent to labour camps and gulags, never to be seen again. Irbītis and the I-16 however remained, as the fuel feed issues still needed to be worked out properly.

Work continued until the German invasion of the Soviet Union, including the newly subjugated Baltic States, a year later. The I-16 was still at the VEF plant and the Germans, also interested in examining new military technology, had VEF finish the modifications and conducted their own test with the aircraft. From there the I-16 was then sent to a pilot training school in Poland, where it vanished from history.

It is hard to imagine that an aircraft as light and minimally powered as the I-16 being any use as a frontline aircraft in 1939/1940. But, as said, serious consideration was given by most of the major powers at the time to the building of lightweight fighters in this vein, and the I-16 seems to have been a solid and competent example of this concept.

And it was also intended to be another steppingstone. Because Irbītis was already planning a fully modern fighter to replace it, the I-19, even as the I-16 was being developed.

And considering the speed that he was putting out improving aircraft, from the I-11 with 90hp in 1936 to the I-16 with 535hp in 1940, I wouldn’t have bet against him. Because as a designer, he would prove no slouch. After the war, Irbītis managed to escape to Canada, where he got a job with Canadair and was a key designer on CL-84 project, one of the pioneering tiltwing aircraft.

But this is all speculation, and the I-16 was to remain the only fighter ever built by Latvia.