During the Second World War, fighter designs generally came in two primary variants. You had your skinny boys, that used liquid-cooled inline engines. 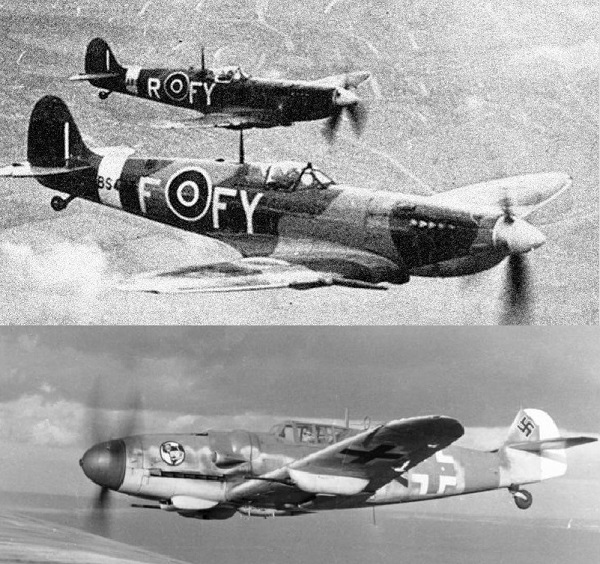 Then you had your chunks, that used big, beefy air-cooled radials. 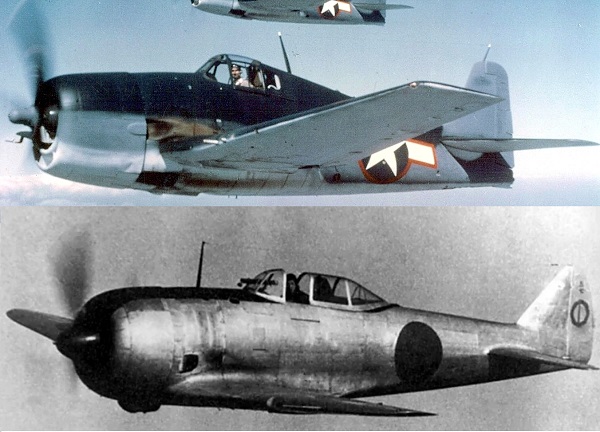 And amongst the latter, the P-47 Thunderbolt has got to stand out as the supreme example of “big boy aero design”, because it was a real monster, absolutely dwarfing comparable inline aircraft. 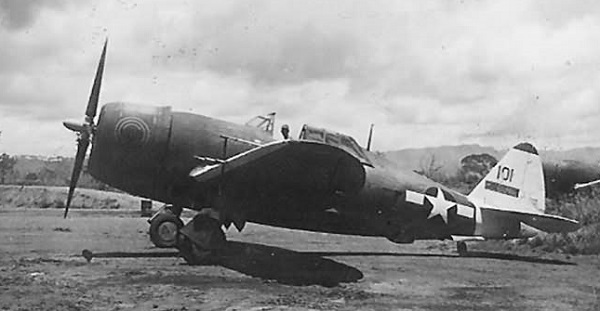 This was because it was designed around the huge Pratt & Whitney R-2800 Double Wasp radial engine and a complex turbo-supercharger that gave the Thunderbolt its bulky fuselage so as to cram all the mechanics for this in. So, while there were a few types that were successfully redesigned to change from radial engine to inline, and vice versa, it’s hard to imagine that anyone would think you could take a P-47 and strip out that massive powerplant and all the paraphernalia that went with it, and swap in a comparatively small and streamlined liquid-cooled engine instead.

That would be crazy, right?

In early 1940, Chrysler had been busy watching the results of air combat over Europe for the previous few months and recognized that there would soon be demand for far more powerful power plants. So they began development of a massive new liquid-cooled engine to meet that perceived requirement. This became the Chrysler XIV-2220, which promised a rather impressive, for 1940 certainly, 2,500hp.

To simplify things, theoretically at least, Chrysler decided to avoid some of the complications of building such a powerful powerplant by essentially sticking two V-8s together inline to make an inverted sixteen cylinder engine that measured ten feet (3m) in length. In fact, the technical complications for the new engine were considerable, which pretty much lined up with the experiences and attempted developments of a whole host of types from this generation of piston engines.

The Second World War also no doubt slowed things down a bit as Chrysler found themselves in demand for building, well, just about everything.

But by 1943 Chrysler was given permission to trial their new engine on an aircraft, and two P-47Ds with the “razorback” configuration were taken off the production line and handed over for conversion and testing. The theory was that the fitting of the new engine, with its streamlined and aerodynamic contours plus greater horsepower would provide a substantial boost over the P-47 models then in service. 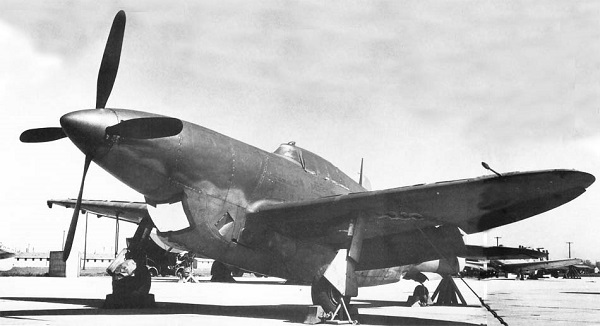 Predictions were optimistic, because though the XIV-2220 was long and heavy and was going to be fitted with a complex and bulky turbo-supercharger it was believed that the new a XP-47H would be capable of speeds in excess of 490mph (c.790km/h), which would have made it one of the fastest piston engine aircraft flying.

But the conversion, which was carried out at Republic, required quite a lot of work on the baseline P-47. For starters, the armament and military equipment was removed as superfluous but that was just the simple stuff. It’s hard to imagine the P-47 needing to be made any bigger, but the new powerplant installation certainly made it so.

The new engine was, as said, extremely long in contrast to the Double Wasp’s rotundness, and this entailed the XP-47H needing a long cowling and propeller spinner, which, because the new engine was inverted, gave the aircraft it’s “shark-nose”.

The engine also needed a large air scoop and a mass of additional piping for the engine exhaust and the General Electric CH-5 turbocharger that was now fitted towards the back of the expanded belly of the aircraft.

The rest of the aircraft was stock P-47, retaining the standard elliptical wings and heavy sliding frame canopy with distinctive ridged back. Despite this, the major changes to the fuselage meant that the conversions naturally took some time to complete. This was conducted by a joint team from Republic and Chrysler, while development work on the engine also continued.

This apparently was far from smooth, causing another aircraft that had hoped to be equipped with the engine, the Curtiss P-60C, to be abandoned. Instead, it seems likely that, despite the hopes of excellent performance, the continuation of the XP-47H was swiftly relegated to being mainly a test program, and one moreover that wasn’t considered of huge importance.

It also seems likely that the emphasis on the aircraft dropped off substantially as it became apparent that existing types, including the P-47, were more than capable of winning the war and effort was focused more on improving these service aircraft than on the complex XP-47H.

So, it wasn’t until late-July 1945 that the first flight by the Chrysler engined aircraft took place. And in a short test program that only apparently ran for a few months, the XP-47H showed that it would need a whole lot more work before it would ever be close to being a reliable service aircraft.

There are also some discrepancies in the sources as to just how successful the XP-47H was  performance wise, with some saying it did indeed achieve the hoped for speed of 490mph, while others say that it actually proved inferior to the then current models of P-47 Thunderbolt already in service at the time!

But to be honest, it was all utterly irrelevant. Because even had the XP-47H performed flawlessly in its test program and achieved everything that had been hoped for it, it was already redundant. The war was coming to an end and the USAAF had vast quantities of perfectly competent aircraft in service to meet their needs. But more than that was the factor that killed off practically all of the so-called “super-prop” aircraft of the late-war period.

Jet fighters were already in service and demonstrating without doubt the future of air fighter development. Indeed, the second XP-47H was so surplus to requirement that it never even flew for testing, and both aircraft were soon scrapped. All that was retained were the two engines, which I believe are now in museums.

There is one final small historical note for those interested. There is some colour footage shot by one of the Chrysler team on YouTube, which has additional technical details on the project narrated by his son, and I shall link to it here.