When talking about heavy bombers of the Second World War, I sometimes feel that the Consolidated B-24 Liberator tends to blur a bit into the background. 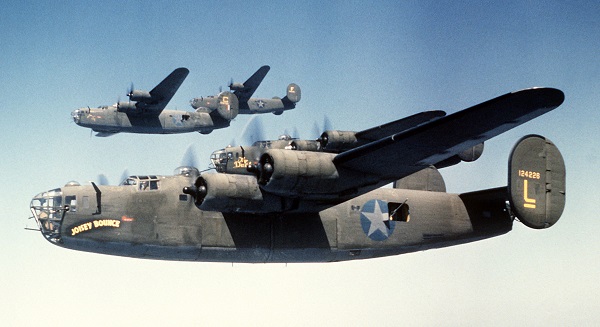 I think this is because when it comes to visualizations of the USAAF’s bombing campaigns, for Germany the B-17 sort of just springs to mind, while in the Pacific the B-29 gets a lot of the focus.

There is nothing really wrong with that, both aircraft did play critical parts in those respective theatres, but it tends to overshadow, to my mind certainly, the fact that the B-24 actually played significant roles in both campaigns.

To put it into perspective, how many people know that the B-24 is the most produced heavy bomber? Like…ever! 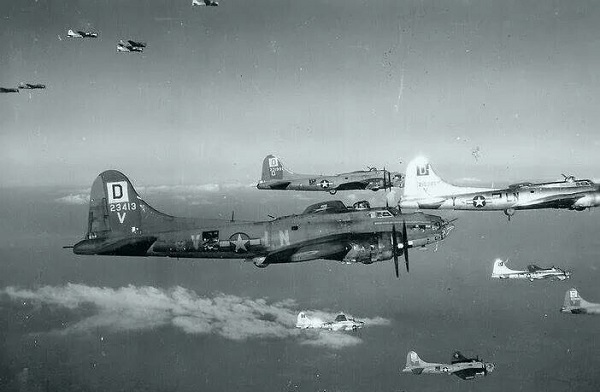 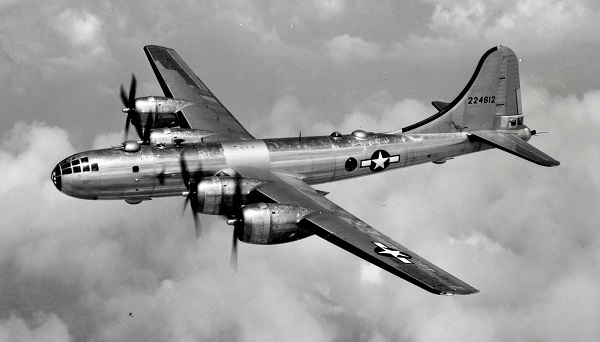 How about the super famous Avro Lancaster? Only 7,377. 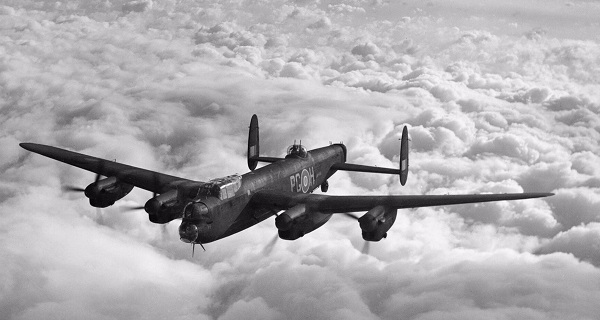 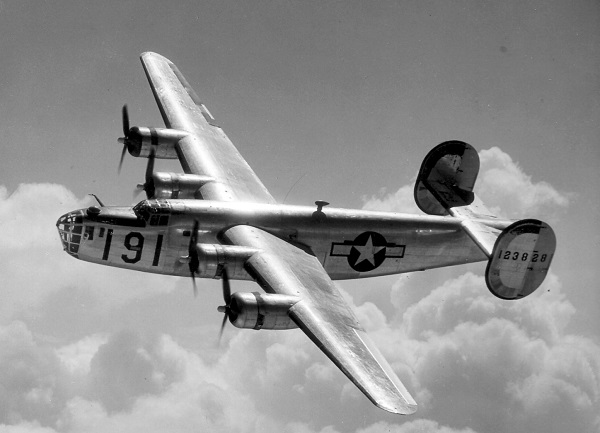 Now yes, the B-24 isn’t forgotten, many people are familiar with it, and plenty do appreciate the service the aircraft did. But I’ve always felt it was kind of overshadowed, so, let’s give it some love.

But obviously I’m not going to cover the mainstream types – have to be a little obscure to keep you folks interested – so let’s talk about a B-24 model that, but for circumstance, could’ve been a huge part of the USAAF’s history.

The Liberator had a distinctive look, with its deep fuselage, roller-type bomb bay doors and the famous Davis high-aspect wing. It also had a twin tail, which was a bit of a Consolidated trademark (though notably absent from one of their other famous products, the PBY Catalina). 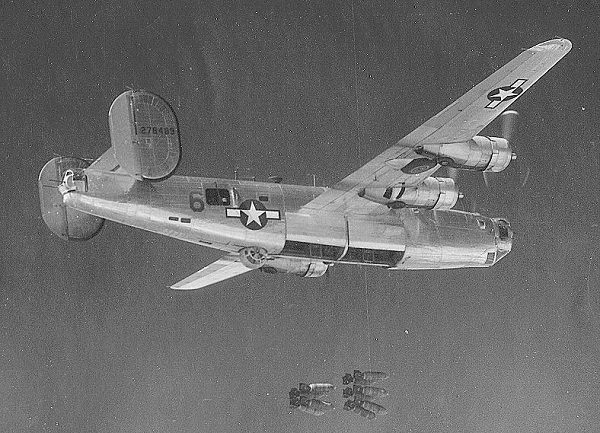 Initially this was fine. But as the Liberator models got heavier and heavier as war experience meant they were carrying greater and greater bombloads, armament and equipment, the B-24s started to suffer more from poor directional stability.

This gave them the tendency to drift from side-to-side when flying, not a major issue in mass bombing actions over comparatively short and defined areas like Europe, but definitely a concern for long-haul cross-water missions such as those carried out over the Pacific. It was also very tiring for the pilots, who would have to constantly be correcting their aircraft’s flight.

So arguably not a huge issue, but one that ideally should be fixed and so efforts began to remedy the B-24s drifting tendencies.

(Indeed, one very famous example of this is seen in “Commando”, Winston Churchill’s personal transport for a period, which was an early B-24A supplied to the Royal Air Force that was to receive a single-tail modification to help resolve this issue on the long flights the aircraft conducted. But that was a little in the future, and no doubt Commando’s alterations were able to exploit work that had already taken place hoping to fix the problem.)

In fact, the initial work was conducted in early 1942 when Consolidated did wind tunnel tests to look at a single-fin variant of the B-24 that would go onto to become the PB4Y-2 Privateer patrol aircraft for the US Navy. But it seems that another manufacturer of the B-24 were also thinking about the issue.

Ford were one of the primary builders of the B-24 at their vast factory in Willow Run, Michigan and in 1943 they took a -D model aircraft and swapped the tail for that of a Douglas B-23 Dragon bomber, creating the B-24ST (for single-tail), which flew in March of that year. The results must have been encouraging enough that they decided to take the next step as the -ST was then retrofitted with the tail from a Douglas C-54 transport, creating the XB-24K.

This also got upgraded with more powerful Pratt & Whitney R-1830-75, which produced 1,350hp each at takeoff in contrast to the then standard B-24’s 1,200hp per engine. In addition, the Ford engineers altered the nose of the aircraft, replacing the all-glazed “greenhouse” with an Emerson powered turret that housed twin Browning .50-calibre heavy machine guns – a fit that would become standard on later models of the B-24. 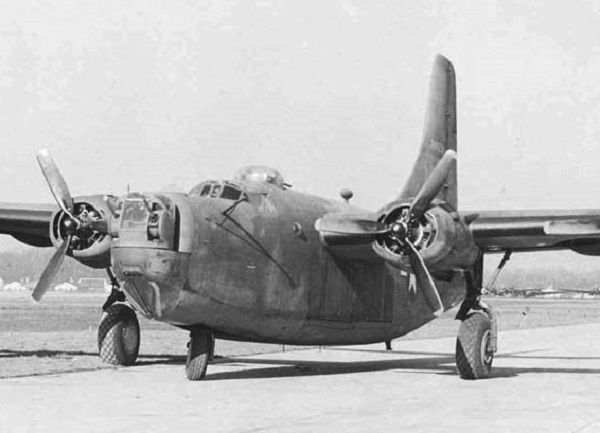 The new aircraft flew for the first time in early September 1943 and results were excellent. Flight test showed that the new tail did indeed resolve the issues that the B-24 had in flying stability, while adding the bonus of improving the visibility and field of fire for the tail gunner. Additionally, the more powerful engines improved performance, making the aircraft slightly faster than the standard models and with a much-improved rate of climb.

Indeed, the consistently better showing of the XB-24K over the baseline B-24s led to the USAAF ordering in April 1944 a new type – the B-24N. This was planned to be the first production single-finned Liberator. 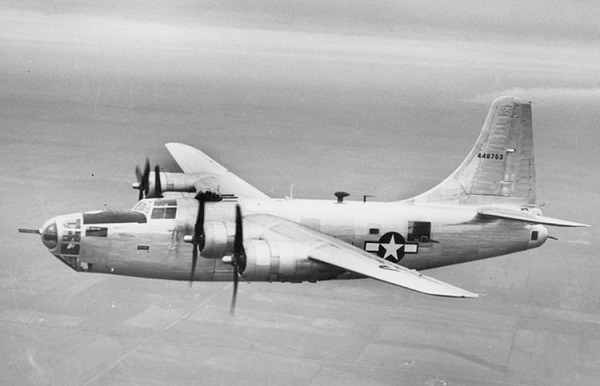 And it wasn’t some small-scale gimmick either; the USAAF ordered one XB-24N prototype, seven YB-24N preproduction aircraft…and another 5,176 of the production variant from Ford. Basically, the B-24N was intended to be the next primary American heavy bomber.

This added the new tail but also altered the defensive armament. The nose turret was changed to a “ball” style mounting built by Sperry, while the tail acquired a similar fitting to that used on the later B-17G models. 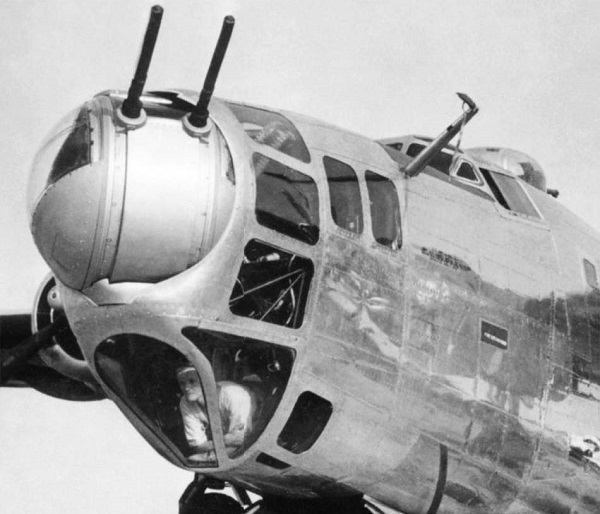 I haven’t been able to confirm this, but it seems logical that – just like on the later B-17’s – the gunsight here was also improved, switching from a “ring-and-bead” sight to a reflector one. As said, speculation on my part but considering the sheer number of B-24Ns to be built and the importance that the type was no doubt expected to have in the war, a logical assumption I would say.

Other armament remained the same as the current production models, with dorsal and retractable ventral turrets each housing twin heavy machine guns, while the waist gunners would also benefit from improved arcs of fire by not having to worry so much about hitting the own tail. 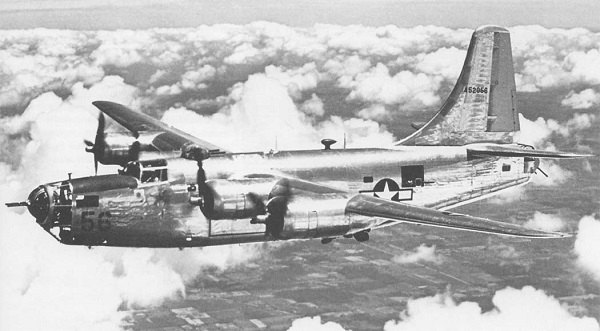 Ford delivered the XB-24N in November 1944 and followed this with delivery of the YB-24Ns in May and June of 1945…just in time for the production order to be cancelled.

Which I believe makes the YB-24Ns the last Liberators to be delivered.

To be fair to the USAAF, the war in Europe was now over and for the Pacific the B-29 was better suited. Plus there was an absolute mass of aircraft now available for service against Japan, and no real need to build more, especially as now the blank cheque book that the war had permitted was getting slammed closed.

Yes, the B-24N was the best variant of the Liberator, but it just wasn’t needed anymore and was in essence an unnecessary expense.

And so ended the Liberator -N; an aircraft model that is ironically somewhat forgotten in amongst America’s most produced combat aircraft.