Today, the canard delta-wing is a mainstay in fighter design, with many current aircraft utilising this layout. The popularity is due, very broadly speaking, to the delta providing low drag at high speeds while the canards mean not sacrificing the agility of the aircraft in air combat manoeuvres.

In fact, it is not too unfair to say that the canard delta is one of the major identifying points of many of the 4.5 generation of fighters that equip a lot of high-end air forces today. Which is surprising because the basic idea has been around for quite a while.

And one French designer was serious about not just flying canard aircraft, he was actively planning fighters with the configuration all the way back in 1938. Allow me to present the Payen PA-22/ -122 aircraft. 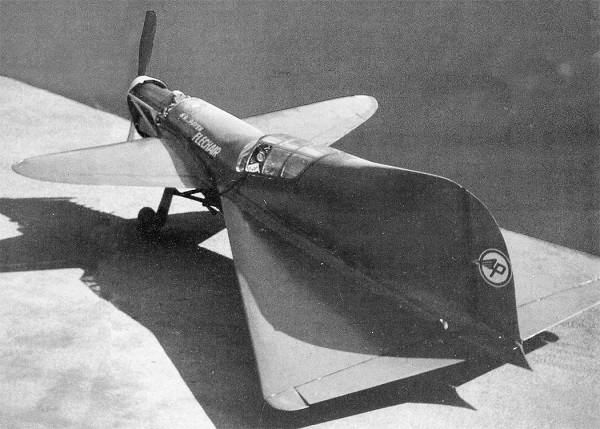 In 1935, Roland Payen began development of a rather extreme tandem wing-platform that he named the “Fléchair”, a sort of corruption on the French word for “Arrow”. Though perhaps “avion en papier” would be a better description, though admittedly not so catchy.

The extremely swept rear wing had an angle of 67 degrees while the cockpit was fared into the tail. The forward wing, though of a more conventional appearance, was extremely small, and the wingspan was only 15’ 9” / 4.8 metres. 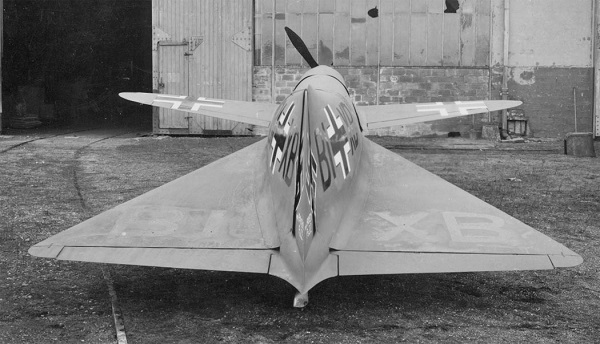 Payen apparently initially hoped that his aircraft would be able to use an early ramjet for propulsion. But when this never materialised, he redesigned the aircraft to use a piston engine. The tiny test plane, designated the PA-22/2, had a Régnier six-cylinder engine that produced 180hp.

Completed in 1939, the aircraft was undergoing wind tunnel testing when the Germans invaded France in 1940. Interested by the unusual design, they continued the testing and then moved the aircraft to the main French development centre near Paris. 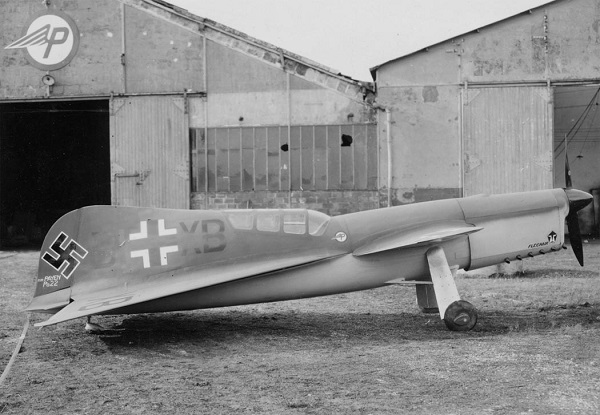 They painted the aircraft in German colours and the PA-22 made its first test flight on October 18, 1942. A short test series was run, with the PA-22 demonstrating a top speed of 224mph. Still interested in the concept, the Germans made plans to move the aircraft to their main testing facilities at Rechlin.

Payen managed to dissuade them, arguing that he had some alterations that he wished to make to the PA-22 to make it better, a logical move before any further testing was performed. It was while these modifications were being undertaken that in 1943 an Allied bombing raid hit the Payen factory, destroying the PA-22.

And so ended a rather interesting aircraft.

But I did say that Payen had wanted to build a fighter, didn’t I? And if you think the PA-22 was unusual, then this design – the PA-112, really takes the biscuit. 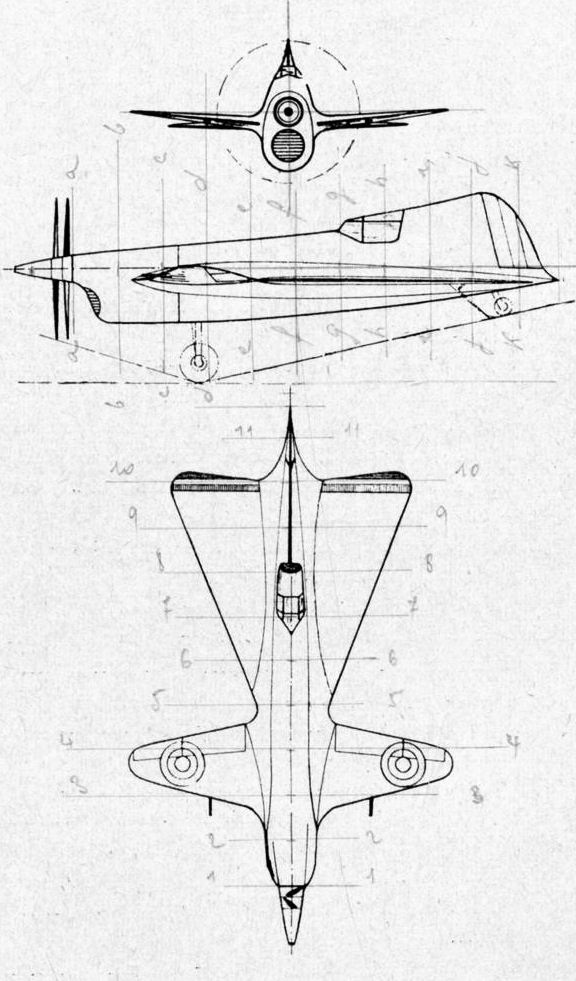 In 1938 Payen proposed this design to the French Air Ministry. Armament would have been the standard French set up of a 20mm Hispano 404 motor cannon firing through the propellor hub and two 7.5mm machine guns in the wings.

The powerplant is somewhat confusing and appears to have been two 7-cylinder radial engines working in tandem to drive a contra-rotating propeller. So keen was Payen on the idea of the PA-112, he even went to the extent of building a full mock-up. It appears that the engines would have been fitted under the propellor shaft.

To be honest, I might be getting details wrong on this, because I’m pretty much going on how the mock-up appear and rather scant sources. Additionally, the PA-112 would not have had a conventional undercarriage, instead using a single central monowheel and outrigger skids for stabilisation.

It seems that this combination of just about every revolutionary feature floating around the brainboxes of the 1930s air industry was a bit too much for the French government, and they turned down the PA-112.

So, it would be another thirty years before the world saw a canard fighter enter service.

As for Payen, after the war he carried on developing deltas, including early jet-powered models. And they, by their influence, would go onto to produce the Mirage III, one of the most famous fighter aircraft ever built.