When it comes to talking about North American Aviation, well, there is a lot of ground to cover. In terms of aircraft manufacturers, it isn’t too far off to call the company legendary. I mean, they built the Apollo command and service module that went to the moon!

But it is probably for their military aircraft, particularly fighters, that North American is principally remembered today.

The P-51 Mustang; arguably the best fighter of the Second World War. 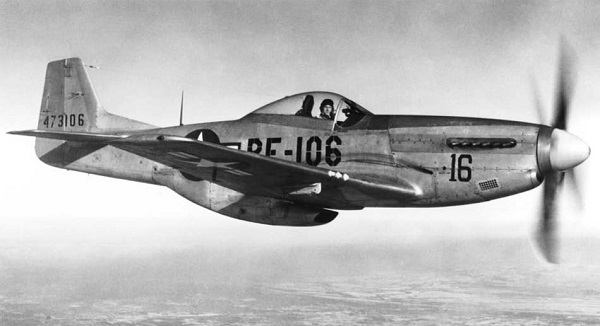 The F-86 Sabre; one of the finest of the early combat jets. 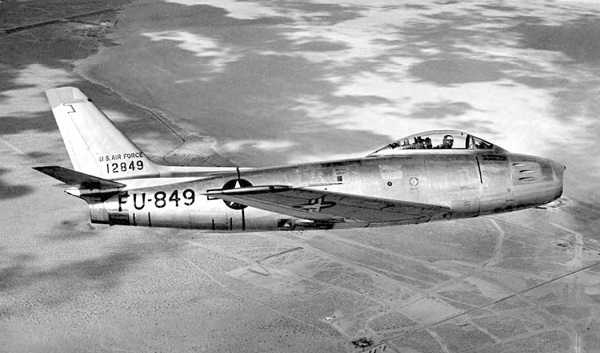 The list quite frankly goes on and on. Which is surprising as North American didn’t get into the fighter game until 1938. And it’s first fighter was a very different animal from the leading-edge designs with which the company would make its mark on aviation history. 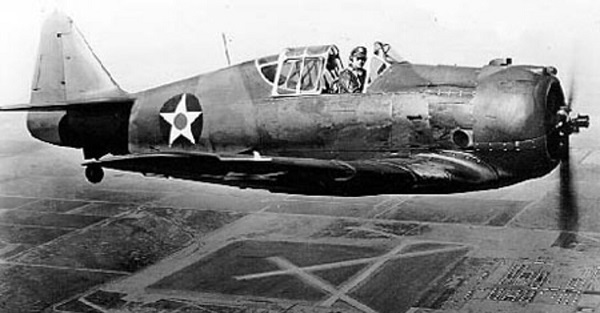 The roots of this aircraft go back to North American’s NA-16 two-seat trainer aircraft, which first flew in 1935. For the time this was a hugely successful aircraft, with almost two thousand being built in four years and seeing service in air forces all over the world. 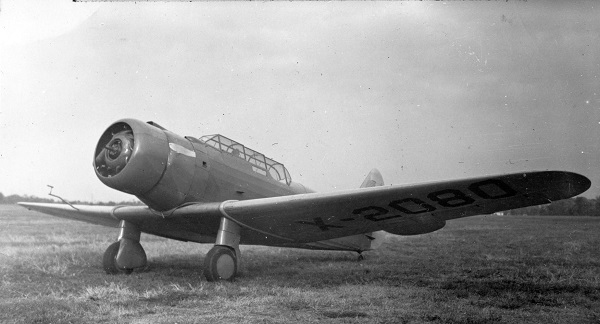 It would also form the basis for the T-6 Texan, which is possibly the most successful trainer aircraft ever built. These aircraft all had in common their tough, dependable nature. And with things going a bit wonky on the international stage in the late 1930’s, for North American there looked to be a market opportunity.

Nations all around the world were scrambling to reequip their air forces with new fighters. Most of these were European nations who had belatedly realised that the neighbourhood was about to go “pop”, and as a result American fighter aircraft builders saw a rush of orders for their latest products.

But this left many smaller countries out in the cold. They too wanted new aircraft with modern features such as metal skins, enclosed cockpits and retracting undercarriages but didn’t have the budget – or generally the need – for the latest and most complicated (and expensive) fighters.

So North American took their expanding line of basic trainers and built a comparatively cheap and simple single-seat fighter out of them – the NA-50. 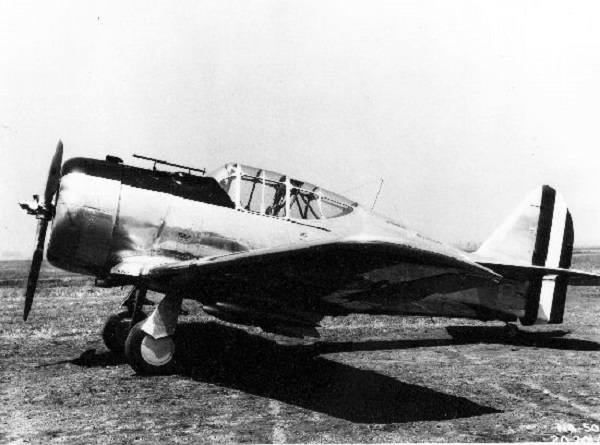 In many ways it was completely logical, with air forces who used North American trainers already having their pilots familiar with the fighter once they completed basic flight training due to its similarity with the trainers they leant on. Additionally, there were benefits such as ground crew familiarity with the family and spare parts sharing commonality – all potentially major cost savers.

But despite all these good points in fact orders were small, though they did come pretty quickly. The first was received from the Peruvian air corps in August 1938 for seven NA-50s, which were delivered by May the following year. 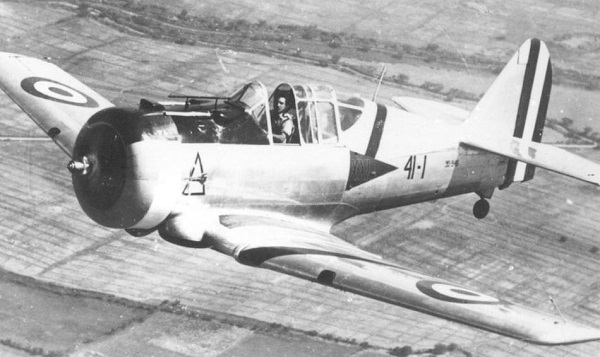 Naturally, to get this sort of performance out of the low-powered engine meant the NA-50s were very light weight, with an armament of only two .30-calibre machine guns and no armour or self-sealing tanks. But compared to the main fighter operated by the Peruvians at the time, the Caproni Ca.114, the NA-50s were vastly superior.

The Peruvians certainly seem to have liked the aircraft, nicknaming them “Torito” – Little Bulls. They also modified them with bomb shackles with the ability to carry up to 250kg (551-lb) of bombs.

One of the Peruvian aircraft was lost not soon after delivery in an accident, but the others would provide useful service in 1941 when Peru went to war with Ecuador. The NA-50s were used as ground attackers to support the Peruvian Army and two were lost, including one in an action famous in Peru that saw the pilot, Lt. José Quiñónes, become a national hero when he crashed his aircraft into an Ecuadorian position.

With only four Torito’s surviving the conflict, from 1943 they were gradually replaced by P-36 Hawks from the United States, eventually being used as fighter trainers until 1950.

But before all this occurred, North American also received another order for the type, this time from the Kingdom of Thailand. In December 1939 they ordered six of a modified version, the NA-68.

These had redesigned wingtips and tail surfaces, but most notably much improved firepower with the two machine guns supplemented by two 20mm cannon mounted in underwing gun pods. Naturally these greatly added to the type’s weight and drag, and a more powerful Wright R-1820-77 engine was fitted which produced 870hp.

Despite this performance was reduced, with the NA-68 being listed as having a top speed of 270mph (435km/h) – obviously well below most fighters then in use at the time, but as a bomber interceptor for a small air force like Thailand’s, still a useful improvement in capability. However they never got the chance to show how well (or not) they would have been in combat because fate intervened.

Though the first of the NA-68’s were test flown by North American in September 1940, none of the aircraft were delivered to the Thai’s. I suspect, given North American’s quick turnaround on building these simple little fighters, that they were delayed by officialdom in the US from delivering as Thailand at that point was under the sway of Imperial Japan and in fact launched an attack on French Indochina in October 1940.

As a result, the NA-68s were languishing aboard their delivery ships in Pearl Harbor in December 1941 when Japan attacked, and as such were seized by the United States for their own use. They subsequently got their own designation with the United States Army Air Corp (USAAC) as the P-64.

That was probably a little presumptive, because the P-64 was in no way fit for the sort of combat that the United States now found itself engaged in. The USAAC may have been desperate to get their hands on anything they could, but they weren’t that desperate.

However, the P-64’s did find usage. With their cannons removed they were assigned to advanced fighter training schools at Luke Field in Arizona. And though they had their Thai national roundels painted over with US markings, they retained their Thai camouflage scheme. 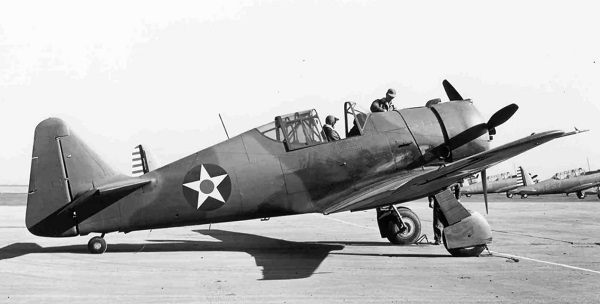 In 1943 the aircraft were redesignated as RP-64s, which meant they weren’t to be used in combat (evidently bureaucracy finally caught up to their existence and limitations) and they were used as runabouts once replaced by purpose-built trainers as American industry got into its stride. Most were scrapped, but rather remarkably for such a small production run, two still survive.

One of the P-64s was snapped up after the war and saved from the junk yard by an aircraft charter company, and in 1964 was acquired by the EAA Aviation Museum in Wisconsin. Here it was on static display for many years but in 2013 underwent an extensive overhaul that saw it returned to airworthiness. This aircraft returned to the skies in 2016.

And on top of that one of the original NA-50s was preserved as well!

One was kept flying until 1961 and then placed on a display pedestal in 1965 at Las Palmas air base. In 2018 this aircraft was also sent for restoration in the hopes that it could be returned to flying status. This doesn’t seem to have occurred as of today, but the aircraft has apparently been returned to a beautiful condition.

There are a couple of footnotes also worth considering when talking about these aircraft.

Firstly, this was effectively North American’s first fighter, and as said a pretty limited affair – which is fair enough as that was its designed purpose. But their next was the P-51.

The other detail is that another fighter was built derived from North American’s NA-16 trainer. 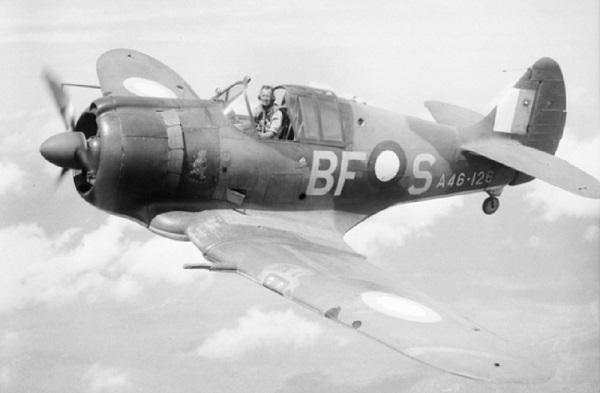 This bruiser of an aircraft was a direct cousin of the P-64 and proved that, with a bit more power and weaponry, the type could be a formidable brawler – an interesting “what-if” for if North American had chosen to continue developing the line.