If you’ve read my previous article on the XA-21, you’ll hopefully remember that in 1938 the United States Army Air Corps (USAAC) issued a requirement for a new medium bomber. This needed to be able to carry a bombload of 1,200lb (545kg) at over 200mph (322km/h).

The competitors had a year to build their prototypes, but in that single year it was plain to the USAAC that aeronautics were progressing so fast that they needed to raise the bar. So when the due date came, they announced that they now wanted an aircraft that could carry at least 2,400lb (1,100 kg) of bombs over 1,200 miles (1,900 km) at 300 mph (480 km/h)!

From this came several successful designs, probably the most famous of which was the North American B-25 Mitchell. 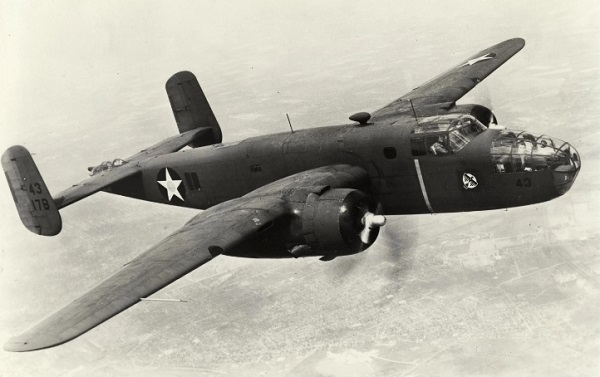 This aircraft would be one of the great stalwarts in the upcoming Second World War, fighting in every theatre with all the major Allied air forces in huge numbers. The Mitchell proved tough, reliable and adaptable, even famously being launched from aircraft carriers for the famous Doolittle Raid on Japan in April 1942.

If that wasn’t impressive enough, some of them carried modified tank cannons for ship busting, making it amongst the most heavily armed aircraft to ever fly.

But just as the B-25 was the product of evolving requirements, it too was created in a period of rapid development. Because even before the Mitchell itself first flew in August 1940, the USAAC had issued specs for its replacement. In February of that year, they approached North American and ordered prototypes of what they wanted to replace the B-25 – a year before that aircraft had even get into service. But the USAAC were planning ahead, and their requirements were ambitious.

The new aircraft would be faster, longer ranged and be able to operate – and bomb – from an altitude of at least 30,000ft (9,144m). This would require full pressurization of the aircraft – one of the first military aircraft to be so – and this in turn meant that the defensive weaponry would need to be remote operated in the fully sealed aircraft.

These requirements gave birth to the XB-28 Dragon, which first flew on the 26th April 1942 – just eight days after its predecessor was making history bombing Tokyo.

And though the B-25 was a great combat aircraft, and the XB-28 was evolved from it, the Dragon was an utterly reworked design that put it in a different league performance wise. From the B-25 the XB-28 took a similar cockpit layout and tricycle undercarriage, though it swapped the Mitchell’s distinctive twin tail for single vertical fin. The fuselage was also more streamlined than its somewhat boxy predecessor. 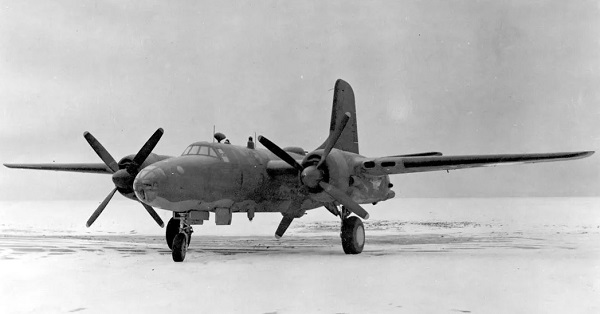 Powerplant was improved by fitting two Pratt & Whitney R-2800 Double Wasps that produced 2,000hp each in contrast to the 1,700hp of the B-25’s Twin Cyclones. This meant that though the Mitchell would go on to carry truly massive weapon loads during the war, in early 1942 the XB-28 had the heavier loadout.

The B-25B at that time carried only a single .30-calibre machine gun in the nose and twin .50-calibre gun in turrets located on the aircraft’s back and belly. The XB-28’s defensive armament consisted of three twin .50-calibres in remote-controlled ventral, dorsal and tail turrets. The gunners controlled these with pericope sights while they remained seated behind the pilots. 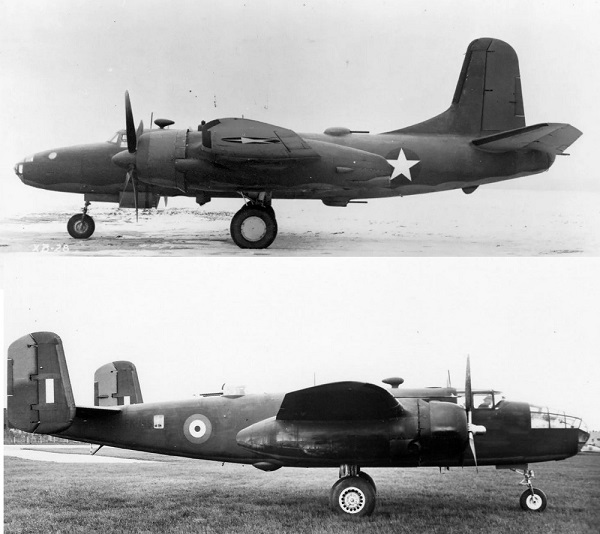 And here we come to the real key to the XB-28 requirement – its high-altitude performance. The aircraft had a ceiling of 34,800 feet (10,600 m) and the focus on flying high and fast was exactly what the US bomber doctrine of the time called for when North American was contracted.

In the early 1940s the United States military believed that bombing should be conducted by day and with great precision by aircraft flying at heights that meant that any interceptors would:

To this end the United States had spent a literal fortune developing the Norden bombsight, and this high-altitude, accurate bombing doctrine had defined the design of basically all their heavy bombers that saw use in the Second World War, including the new B-29 that flew five months after the XB-28.

And this was the thing about the XB-28 – it was basically a mini Superfortress. North American had delivered what appeared to be an outstanding aircraft in terms of exceeding the specification given to them. It’s just that that specification, and the doctrine that inspired it, was incorrect.

Admittedly the USAAF still, at that point at least, thought that accurate high-altitude bombing was the correct approach for a strategic bombing campaign. But the XB-28 was no strategic bomber, it was meant to be a tactical one.

By the time the Dragon flew for the first time, the USAAF was already learning how its medium bombers were going to be fighting, and that was generally at lower levels where their smaller bombloads could be delivered accurately on target. This realization was starting the evolution of the Mitchell into a massively armed wrecker, with the development and testing of the B-25G beginning around the same time that the XB-28 first flew.

The -25G was no high-altitude performer, with expensive and complex cabin pressurization system, but more like the aircraft equivalent of a club, complete with solid nose housing a 75mm cannon and intended to operate down on the deck where it could smash Japanese shipping. 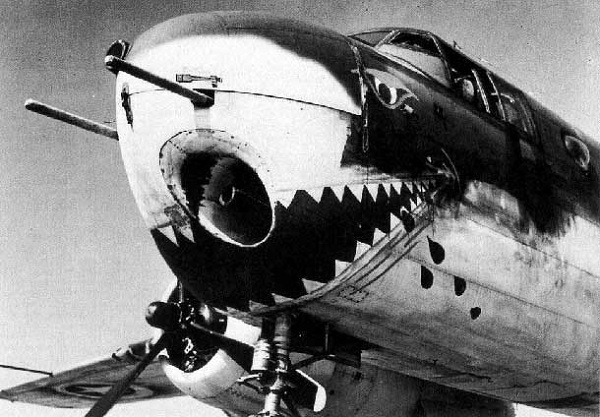 And in addition to the Mitchell, the USAAF where also starting to get numbers of their new Martin B-26 Marauder into service by this point as well. This practically mimicked the XB-28s operational speed and bombload, but dropped the need for high altitude performance, making for a cheaper aircraft both to buy and operate.

And this is the thing. At the time of the XB-28 beginning its testing regime, the USAAF was engaged in a massive active conflict and didn’t want to disrupt production of existing types that were serving perfectly well, especially for a new aircraft that now didn’t seem to fit the needs that the service was finding it had in the light of combat experience.

So, they decided that they didn’t need the XB-28 after all, at least as a bomber. Orders had already been issued for the development of a reconnaissance version of the aircraft, the XB-28A, and this did seem to have some promise. After all, the Dragon’s high-speed, high-altitude profile would seem perfect for the job.

Unfortunately, this aircraft was lost in August 1943 while being tested, and with that the Dragon was abandoned. The USAAF by this point had plenty of other types capable of conducting reconnaissance and therefore constructing a dedicated production line for the aircraft was pointless.

And that is the XB-28; an aircraft that was perfectly designed for the specified need, and probably would have excelled its intended role. But that role and the doctrine that defined it was ultimately faulty.

Of course, this all raises an intriguing possibility. Had the Japanese not attacked the United States in December 1941 there is an excellent chance that the B-28 Dragon would have become the USAAF’s standard medium bomber.

And it is interesting to ponder how this aircraft may have fared in the event of the United States becoming involved in the war at a later date.

Would it have proven far more formidable than its predecessor?

Or would the Mitchell’s sheer adaptability have proven an advantage over the more complex and expensive Dragon?

Stearman XA-21 – The One That Didn’t Make It