In terms of Soviet fighters of the Cold War era, both the MiG-21 and the MiG-23 stand out. These two aircraft formed the main strength of Soviet Frontal Aviation and allied air forces throughout the 1960s, ‘70s and ‘80s, seeing extensive use in combat and many still being in use in front line service today.

In many ways the origins of the two aircraft made for them being very different designs. When the MiG-21 first entered service in 1959 it was a comparatively lightweight and agile interceptor and day fighter, reliant on its guns to supplement a limited loadout of two short range heat seeking missiles.

With its unique outline of tailed delta combined with a nose air intake and its radar equipped shock cone, the MiG-21 is still an iconic and immediately recognisable aircraft.

Its successor, the MiG-23 (introduced in 1970) was a very different animal. Instead of agility and dogfighting ability, the MiG-23 was to have interception as its primary focus, marrying high speeds with an advanced radar set that allowed the aircraft to use Beyond-Visual Range missiles. 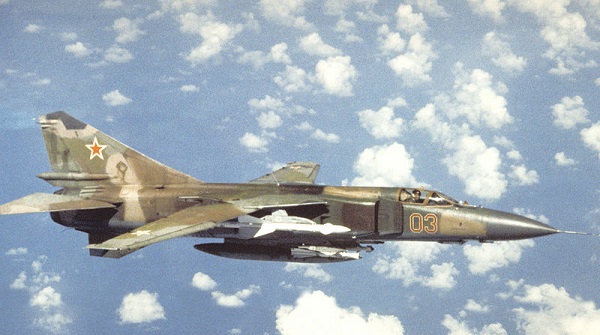 For this, it used a variable-wing design combined with a massively powerful Tumansky R-29 turbojet that allowed it to show a clean pair of heels to just about any contemporary fighter.

The contrast between the two original design concepts was marked, certainly demonstrating how Soviet fighter tactical ideas evolved throughout the 1960s. In fact, the differences in the respective aircraft are because there were several intermediate and evolutionary aircraft between the two designs.

And it is one of those that we shall look at today.

In 1959, as mass production of the MiG-21F began, preliminary project work started on developing a new aircraft to succeed it. Though the MiG-21 would go on to be a major aircraft for the Soviet tactical air forces, the flaws in the design were already recognised.

The shock cone air inlet meant that the MiG-21 was not capable of carrying anything but a short-range radar at the time. Additionally, the cone would heat up drastically at speeds above Mach 2, fundamentally limiting the designs potential. So, MiG set about developing a new design that would draw heavily on the MiG-21 but eradicate the type’s failings.

A remarkably modern looking aircraft even today, the Ye-8 was intended to be a logical improvement on the MiG-21 and utilise a lot of the experience acquired from that aircraft in its design, manufacture and service. 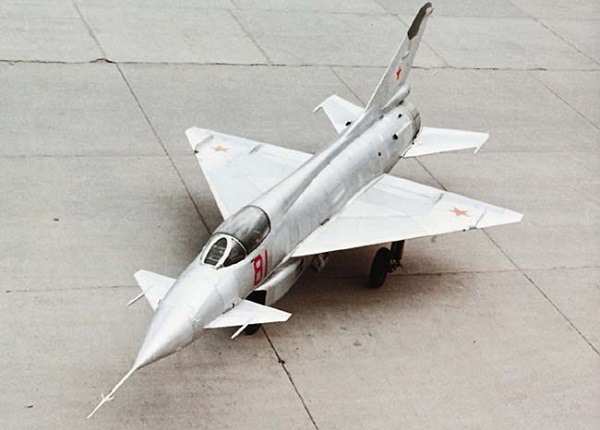 The new fighter, provisionally and somewhat optimistically designated the MiG-23, was to be only slightly larger than the MiG-21 to easily replace it on the existing production lines.

Despite this, the Ye-8 would be created in a very similar vein to the MiG-21; a lightweight and agile dogfighter but with improved performance and a long-range radar to allow for all-weather interception. To achieve this the air inlet was moved from the nose to under the aircraft’s fuselage, which then allowed the fitting of a much more powerful radar than on the MiG-21 with its limited space. 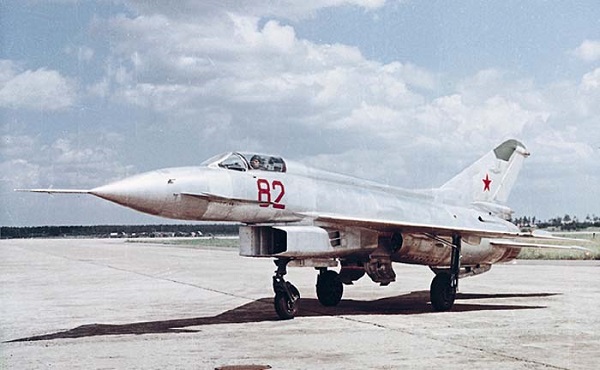 This radar, the Sapfir-23, was intended to be twinned up with the projected R-23 semi-active radar guided missile, which would receive the later NATO designation of AA-7 “Apex” and was broadly equivalent to the American AIM-7 Sparrow.

In fact, both radar and missile underwent delays and instead the initial production Ye-8 were expected to be fitted with the same Sapfir-21 radar and K-13 heat seeking missiles as their MiG-21 predecessor, with the new radar and missiles being fitted once they became available.

To improve on the MiG-21’s flight performance the Ye-8 was fitted with two variable incidence canards on either side of the cockpit.

These reportedly greatly improved the aircraft’s agility and gave the aircraft an appearance that wouldn’t look too dissimilar to some of the 4.5 generation aircraft that are in service with many air forces today. Additionally, the tail plane was mounted slightly lower than on the -21 and the nose wheel was lengthened, which gave the aircraft a pitched-up appearance on the ground. 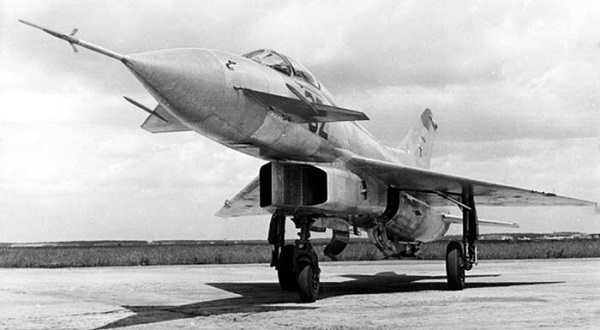 Less obvious was the Ye-8’s use of a Tumansky R-21 turbojet as powerplant. This new and experimental engine, which produced almost 16,000lbs of force with afterburner, was hoped to set a new standard for Soviet jet engines and was planned for use on several new aircraft.

Construction of the two prototype Ye-8’s began in 1961 and the first was completed in March 1962. Many components were used from the MiG-21, indicating how the new aircraft was intended to be an evolution of the older aircraft.

Flight trials began in April 1962 and initially went well. But from the fifth flight onwards, the R-21 engine began to demonstrate that it was going to be problematic. 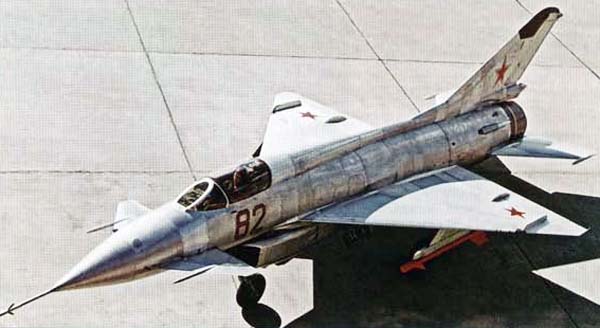 This was followed by problems with the flight surface controls and the air intakes, which required the test pilots to manually operate the inlet controls instead of using the automatic systems.

All of this was hardly new for an aircraft testing new technologies. Modifications were conducted, experience gained and progress seemed to be being made.

The Ye-8 did demonstrate improved performance and capabilities over the MiG-21, though the engine was definitely an issue, and the second prototype joined the test program in June.

One of the compressor blades came apart, destroying the engine, the right wing, the aircrafts hydraulic system and hitting the pilot. Ye.8/1 promptly fell into a spin and Mosolov, though injured in the head and with a broken arm, managed to eject.

Unfortunately for him, the aircraft was also testing a new style of ejector seat that was only meant to be used at speeds of up to 800km/h, and Mosolov also severely broke his leg when he left the aircraft. He then spent five hours lying injured in a forest before being found and did survive the ordeal. However, his injuries meant he spent a year in hospital before being able to walk again and was never able to return to flying.

The loss of Ye.8/1 led to the suspension of testing and ultimately to the cancellation of the program. Instead, the flight data and research work meant that the Ye.8 served more as a development and advanced testbed for concepts that would go on to be used in later Soviet aircraft design.

And ultimately, through some other steps, this work – plus the intended weapon and radar fit that had been scheduled for the Ye.8 derived MiG-23 – would go on to be used by the later swing-wing aircraft that became the actual MiG-23. 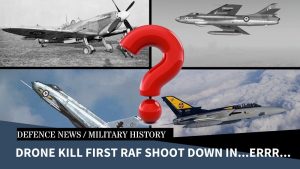 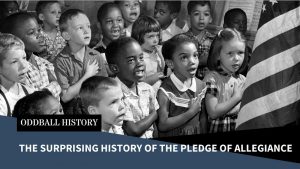 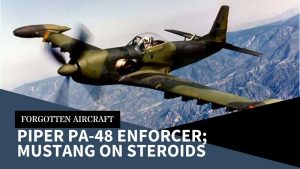 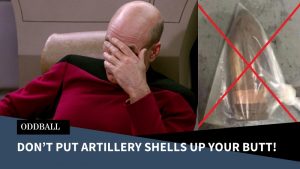