With the loss of the MB.3 and the death of his friend and business partner Val Baker in 1942, Martin Baker’s owner and chief designer, James Martin, set about reappraising the design.

A second prototype designated the MB.3A was under construction at the Martin Baker works and Martin, after arguing with the Air Ministry, received permission to rebuild the aircraft with the Rolls Royce Griffon engine for which it had been designed. As the Ministry had already stated that they had no interest in ordering the Martin Baker aircraft one assumes they relented just to keep Martin happy and to see what he came up with.

Indeed, it seems the Ministry eventually gave up on expecting any sort of deadline being met by Martin, who after almost completing drawings on the MB.4 which would have had a Bristol Centaurus engine, decided it was no good and started from scratch.

This pattern continued as Martin conducted a protracted development, ignoring missives and deadlines and making design changes as he saw fit. The subsequent aircraft – the MB.5 – is often speculated to have been potentially the best British piston engine fighter of the war years. 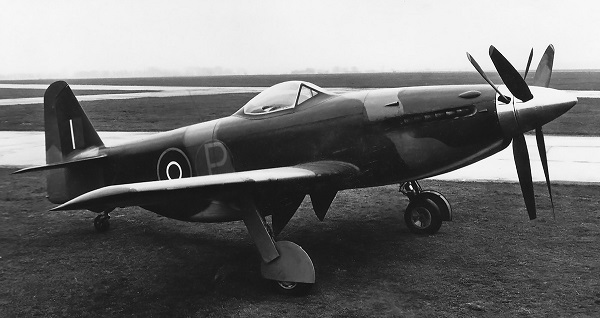 The new plane had many of the useful features of its MB.3 predecessor, being built in the same manner with a steel tube fuselage skinned in aluminium and with laminated steel wing struts. It also retained the large and easily removed panels that helped to simplify the aircraft’s service and maintenance.

Firepower was slightly reduced to four 20mm cannon in the wing, each with 200 rounds in Martin’s own flat-feeding system.

The most distinctive visual changes were in the layout and propulsion. Instead of the rear set cockpit as in the MB.3, Martin moved the pilot up to a more central location under a bubble canopy that provided excellent visibility. A prominent air scoop housing the cooling system was fitted under the fuselage. These features gave the MB.5 an appearance very similar to the North American P-51D Mustang. 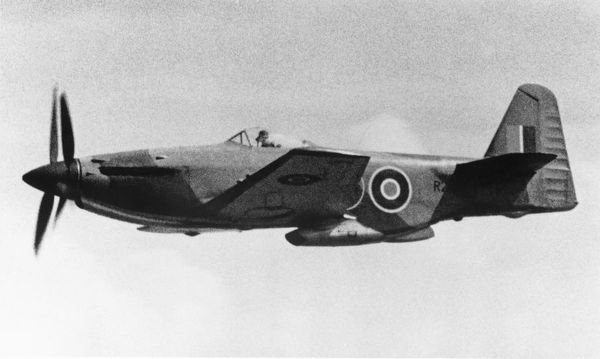 However, the engine, a Griffon that produced 2,340hp and was fitted with a six-bladed contra-rotating propellor, gave the MB.5 a very distinctive sleek and pointed look. The alterations made for slow progress and the MB.5 would not see its first flight until May 23, 1944.

With Val Baker’s death, Martin Baker no longer had a test pilot and Bryan Greensted of the Rotol company was appointed to try out the new aircraft. He was decidedly unimpressed.

According to Greensted the MB.5 suffered from poor directional stability, reputedly saying it was “an absolute swine to fly”. Martin took note of this and spent several months making modifications to the MB.5, notably to the aircraft’s tail and rudder, which were substantially increased in size.

In October 1944 the MB.5 was flown in a demonstration in front of Winston Churchill and various VIPs. Unfortunately, the engine failed and Greensted had to make an emergency landing after his attempt to bail out dislocated his arm.

Once again, the MB.5 went back for more tweaking, which again was slow due to Martin’s obsession with perfection and the pressures of other war work. But with the subsequent aircraft, it all came together.

In late-February 1946, the aircraft was handed over to the Aeroplane and Armament Experimental Establishment for official assessment. They absolutely loved it. The MB.5 had a top speed of 460mph at 20,000 feet and achieved 395mph at sea level. Range at 225mph was 1,240 miles.

The establishment’s initial report, issued on March 1, said that:

“It is considered that the general design and layout of the Martin-Baker 5 is excellent and is definitely better – from the engineering and maintenance aspect – than any other similar type of aircraft…The layout of the cockpit might very well be made a standard for normal piston engined fighters.”

The report also praised the remarkable quick turnaround possible due to the accessibility of systems for maintenance – testament to Martin’s original idea on fitting so many access points. Additionally, the pilots who flew it found it to be a great performer, fast and exceptionally manoeuvrable.

Test pilot Eric Brown – who I believe holds the record for test piloting the most aircraft in history at 487 types – said that the lateral control could be improved but despite this the aircraft was “superb” and that he had never felt more comfortable in a new aircraft.

This is echoed by the opinion of another legendary fighter and test pilot, Squadron Leader Jan Zurakowski. In 1946 Zurakowski gave a demonstration flight that is reported to have been incredible. The Polish pilot stated that of all the aircraft he had flown, which was a considerable number, the MB.5 was the best and asked why the aircraft had not been put into service if it had first flown in 1944.

Which is the question that has made the MB.5 one of the great “what-if?” aircraft of the Second World War. With such unstinting praise being lavished on the MB.5 by everyone who flew it –and that is a surprising amount of extremely qualified pilots – why was it not pushed along in order to face off against the Axis air forces?

In fact, the reasons are quite simple.

It is conceivable that if the Air Ministry had been interested in fielding the MB.5, perhaps the aircraft could have been available in time. But why should they?

Although the Martin Baker design ultimately proved excellent, in the same period the British were developing several aircraft that were broadly comparable to the MB.5 in performance, and which were the products of far more efficient design programs operated by much larger concerns than Martin Baker.

The MB.5 was, essentially, Martin’s pet project and as a result benefitted from an extended development program that these other aircraft didn’t get the luxury of, yet still those got into the air and were available for trials and production.

Even if things could have been accelerated, if officialdom had been able to force Martin to comply with their deadlines, any widespread manufacture would have to be done by other aero companies who were producing existing and new machines that, while perhaps slightly inferior to the MB.5, where perfectly adequate for the job of finishing off the ground down German and Japanese air forces.

And that was it, in essence. The MB.5 didn’t really offer anything that existing aircraft couldn’t do already. Worse, the day of the prop driven fighter was fast ending, something that the Air Ministry had long recognised and hence the attention paid to the various jet designs that flew even before the MB.5 got into the sky for the first time.

With the obvious direction that technology was going, large numbers of adequate aircraft in service or projected and a development schedule far slower than its contemporaries, it is a testament to Martin’s stubbornness that the MB.5 flew at all.

The one aircraft built flew until 1948 when it was relegated to use as a training airframe. In 1950 it was moved to RAF Bircham Newton and there used as a ground target. In 1963 it was burnt, a sad end to a fighter that could probably best be described as the swansong of the propeller driven fighter aircraft, its final – and arguably finest – example. 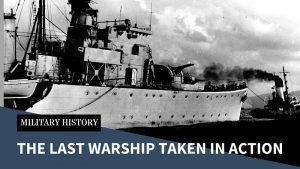 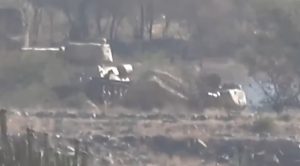 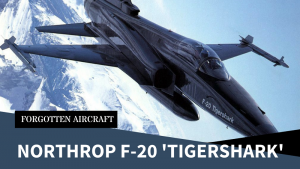 Nguyen Thanh Trung – The Pilot Who Joined an Enemy Air Force Just to Bomb Them With Their Own Plane!

Nguyen Thanh Trung – The Pilot Who Joined an Enemy Air Force Just to Bomb Them With Their Own Plane!