Before the Second World War, the difficulty of flying and fighting at sea meant that carrier-aircraft generally carried several crew. Attack aircraft designed for carriers in the 1930s also generally had a specialised role, either dive-bombing or torpedo-dropping, and these invariably had defensive machine guns mounted either on pintles or in turrets for protection against fighters.

Wartime experience, and advances in technology, meant that by 1943 the US Navy had concluded that this doctrine needed a shake-up. What they wanted was an aircraft that could perform as both a torpedo attacker and as a dive bomber.

Because of the vast improvements in engine power, the new attack planes would be fast enough that they could evade enemy interceptors, removing the need for defensive gunners. Additionally, radio navigation meant that a pilot no longer needed assistance to find his way across expanses of water.

What the US Navy wanted was the attack fighter; a single-seat fighter-bomber that could carry a heavy and varied bomb load and have performance enough that it could hold its own against enemy aircraft if necessary.

And, because it was 1943 and money was literally no object, they commissioned four companies to develop and build them – which proved wise as only two of the designs got into service.

One of these was the Martin AM Mauler. It was a real beast. 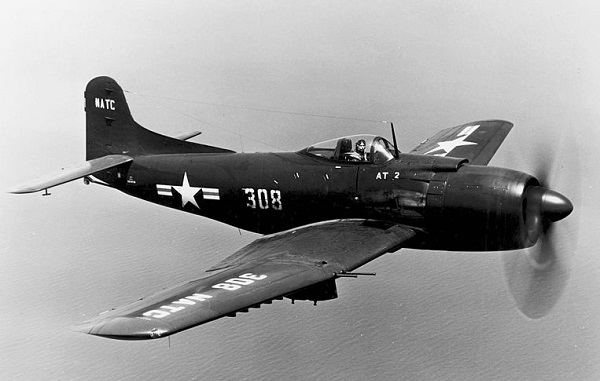 Powered by a Pratt & Whitney R-4360 radial engine that produced 3,000 hp, the Mauler’s single pilot sat over the wing under a clear teardrop canopy. Said wings could fold as per standard in a carrier aircraft and were fitted with a large dive-brake and self-sealing tanks.

The aircraft’s semi-monocoque construction was intended to give it great strength, and a further 300 lbs of armour protected the pilot and the cooling system.

In service the aircraft was listed as having a top speed of 334 mph and a combat range of over 1,500 miles. But its weapon load was what really caught attention. In addition to four 20mm cannon mounted in the wings, each with 200 shells per gun, the Mauler had a total of fifteen hardpoints.

These could carry practically everything in the US Navy’s ordnance arsenal – sometimes all together! In 1949 a Mauler flew a demonstration carrying three torpedoes, twelve 250-lb bombs and its full cannon load; a total weapons payload of 10,648 lbs – that’s more than 4.8 metric tonnes of armament. This is thought to be the world record for a single piston engine aircraft. 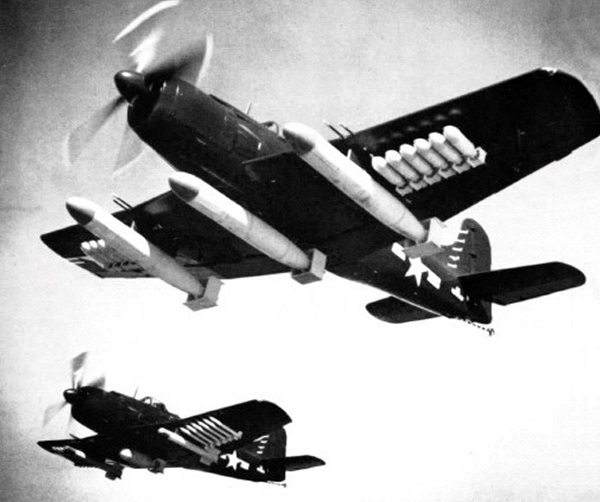 With such performance you can see why the aircraft got the initial nickname “Able Mabel”, derived from its “AM” designation in US Naval service.

Please note the use of the word “initial”.

Development of the Mauler was extremely fast, to begin with at least. The US Navy ordered two prototypes of the aircraft on May 31, 1944. First flight occurred on August 26, a remarkable achievement by Martin, to be fair.

Test flights showed the aircraft to have several problems that Martin needed to address, but despite this the Navy, anticipating the bloody battles to come in the projected invasion of Japan, ordered 750 in January 1945. Then the war ended in August, so the orders for the Mauler were slashed to 99. 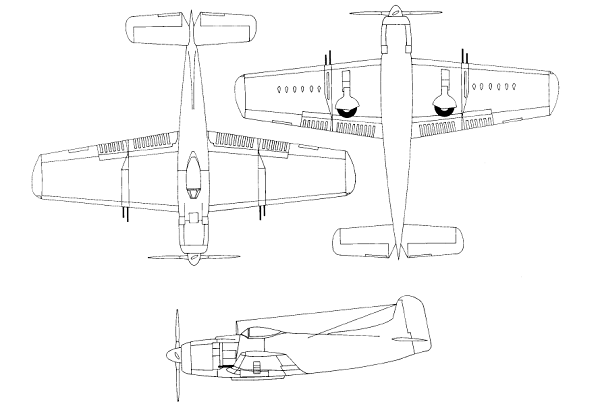 It also meant that the pressure was off to get the aircraft into service as soon as possible, which is fortunate because the Mauler had some serious issues. The aircraft was found to have problems with its cowling, air feed, and control surfaces. Additionally, the torque from the huge engine meant that the mounting had to be redesigned to be canted to the left to try to compensate.

Alterations and changes set back the first delivery until March 1947, which is when the real problems began. In carrier landing testing a weakness in the rear fuselage was identified when one of the aircraft snapped in two.

In addition, the cockpit layout was bad, needing a redesign. Other issues came up with the tailhook and the aileron and elevators proved slow responding at low landing speeds; all issues you really don’t want in a carrier aircraft.

Despite this, an additional fifty were ordered and in August 1948 the Mauler was cleared for use from aircraft carriers. And again, the aircraft proved a beast, though now not in a good sense.

Pilots found it heavy to fly, difficult to keep in formation and problematic to land on a carrier; the Mauler had a tendency to land hard and then bounce, often over the arrestor wires and into the safety net. 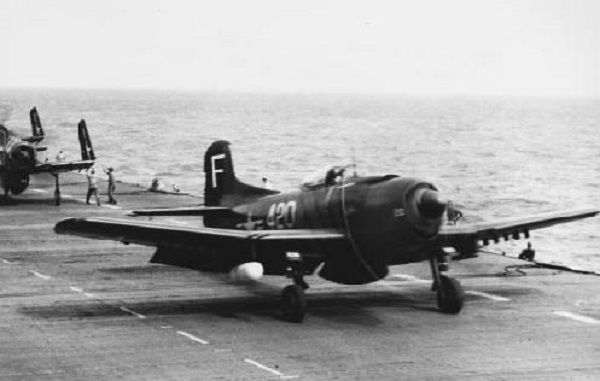 The Navy assigned the Mauler’s to the Atlantic fleet, where the first squadron to fly the type, VA-174, qualified for carrier operation in January 1949. But the Mauler was an unsatisfactory aircraft, not just in its flight characteristics but also as a maintenance hog.

Despite years of work Martin never resolved issues with the hydraulic system, which leaked like a sieve, and the Mauler generally suffered multiple accidents during conversion training by the squadrons that operated it. This led to the “Able Mable” getting rechristened the “Awful Monster”.

The issues with the Mauler were particularly notable to the personnel who operated it because there was an alternative aircraft that was not just available, but outstanding – the Douglas Skyraider, arguably the finest piston engine attack aircraft to ever see service.

The Skyraider was smaller than the Mauler and carried only two-thirds of the payload. But it was an excellent aircraft that was simple, reliable, had good handling and was thoroughly loved by those who flew it. Basically, everything the Mauler was not.

All of this led to the Navy deciding in 1950 that the Martin AM Mauler would only be operated from shore bases, and then rapidly dumping them onto the Naval Reserve. Maulers continued to fly with these squadrons until 1953, when they were finally taken out of service.

The Martin Mauler is one of those aircraft that probably tried to wring too much from the technology of the day. It is understandable that Martin wanted to build the most powerful attack aircraft they could, but with the example of the Skyraider hanging over the Mauler, we have a situation of where a more conservative approach proved successful. After all, the Skyraider may have had a marginal reduction in capability compared to the Mauler, but it was not just actually useable, it was vastly better.

In total 151 Maulers were built, two of which were prototypes. Of these eighteen were converted to AM-1Q electronic warfare aircraft, on which so little has been recorded they just seem to have fizzled away by 1950.

The good news is that at least two of the original attack aircraft are on display in museums in the United States, and there are apparently several Maulers also under restoration. So at least we can see these aircraft still, which had so much promise but couldn’t deliver, somewhat ironic considering their payload capabilities.