The late 1960s was a bit of a rough period for the NATO carrier fleet…at least if you weren’t American. A number of nations had taken the opportunity after the Second World War to avail themselves of the large number of surplus vessels – basically British – that had become available.

But twenty years on, these ships were old, outdated, costly to operate and about to get even more so. Additionally, aircraft and anti-aircraft developments meant that, if these aircraft carriers wanted to stay viable, they needed major updates to their air wings and the old 1950s jets they operated now hopelessly obsolete.

The Dutch and the Canadians swiftly got rid of their carriers, and even the British, who actually had comparatively large and slightly newer ships in the shape of HMS Eagle and Ark Royal, had to bite the financial bullet and accept that they could only afford to operate a single flat top.

To be fair, as the US Navy had recently commissioned the giant Kitty Hawk class and the USS Enterprise, plus had the even bigger Nimitz class under development, it probably made sense for the European nations to pass this responsibility over to the United States.

At the time at least. (*cough* Falkland’s war)

But for the French, this wasn’t an option. They had pulled out of NATO military cooperation in 1966 and so couldn’t rely on American carriers to protect their extensive interests overseas. Though to be honest, the French didn’t actually expect the US to be a reliable security guarantor on this issue, a lesson they took from the Suez Crisis of 1956 and one of the reasons for their partial withdrawal from NATO.

They also had two modern carriers, the Clemenceau and Foch, which had only commissioned in 1961 and ’63 respectively.

What they did have an issue with was their aircraft. For their fighter, they chose the Vought F-8 Crusader, a good choice as it would provide decades of useful service as the French fleet’s interceptor. 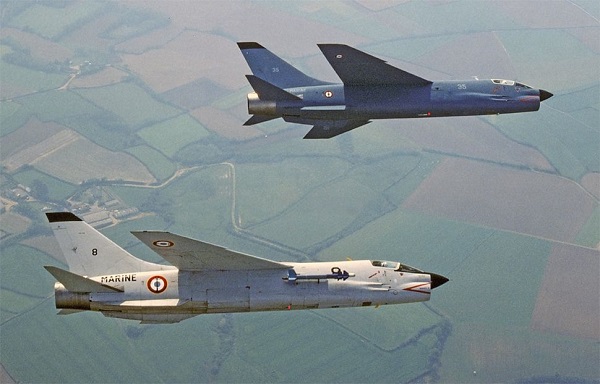 But for their attack aircraft, they went with the Dassault Etendard IV. 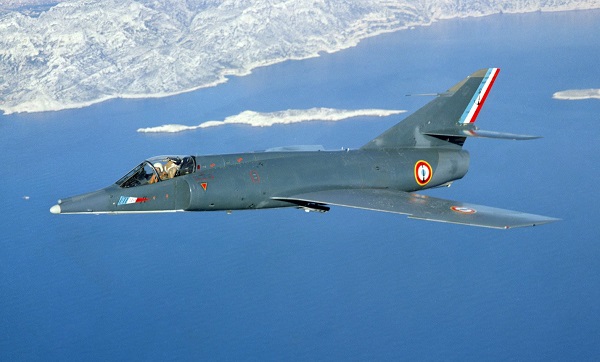 This aircraft had begun development in 1956 when its transonic performance and 3,000lb (1,360kg) bombload would have seemed fair enough. But it shows the pace of aircraft development at the time because when the Etendard entered service in 1961 with the French Navy, it was obviously outclassed by just about every other contemporary carrier attack aircraft.

By the mid-1960s the French decided that a new aircraft would be needed for them to really get the most out of their aircraft carriers. On the face of it, the obvious option was to buy American, either the McDonnell Douglas A-4 Skyhawk, or the new LTV A-7 Corsair II that was being developed for the US Navy.

But with their naval fighter, the Crusader, already an American design, purchasing their attack aircraft from the same country would leave them exposed to coercion by withholding of spares and technical advice. Bear in mind, the US had taken the split from NATO, and the subsequent kicking of their military personnel out of France, rather badly.

Plus, never underestimate the influence of national pride on French military procurement (which I don’t say as criticism). So, the French thought it best to develop their own naval attack aircraft.

And they had just the thing in mind, a naval version of the French Air Forces newest aircraft. 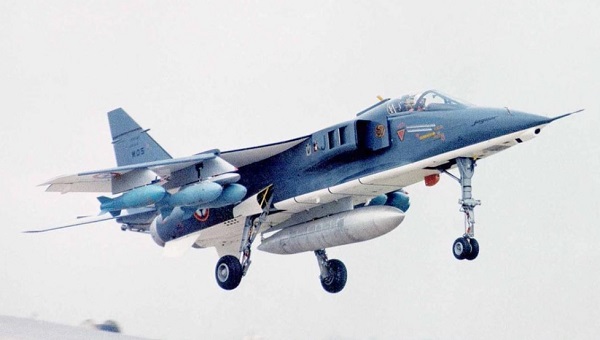 The Jaguar was created as a joint project between the British and the French. Beginning development in 1966, the aircraft had originally been intended to be jointly produced by both countries but for different needs; the British wanted a supersonic trainer, while the French desired a light attack aircraft.

As it was, the Jaguar ended up becoming a far more capable aeroplane than had initially been intended and would provide both nations air forces with one of their principal ground attack aircraft for over three decades. But the Jaguars evolution and program success – quite frankly amazing considering the issues encountered along the way – tends to overlook the fact that the French really wanted it to also be a carrier aircraft.

Indeed, in their initial orders for the Jaguar were seventy-five two-seat trainers, another seventy-five-attack aircraft for the Air Force, and forty Jaguar M’s to replace the Etendard IV, with the expectation that one hundred Jaguar M’s would be purchased in the long run.

To this end the fifth Jaguar prototype was built as a test aircraft for carrier operation, and this first flew in November 1969. The aircraft was essentially the same as the standard French attack variant, though with the addition of an altered and strengthened landing gear and an arrestor hook. 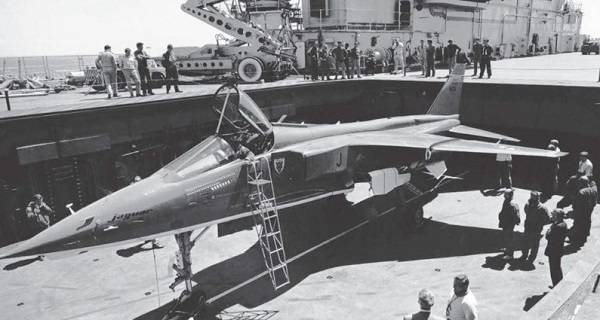 Initial testing of the aircraft actually took place at the British Royal Aircraft Establishment (RAE) in Bedford, as the UK was the only European nation at the time to have land-based catapult facilities for testing carrier aircraft. This started in April 1970 and focused on making sure that the Jaguar could stand up to the pressures of catapult take offs and arrested deck landings.

By July it was decided to see how the Jaguar managed on the real thing, and the aircraft rendezvoused with the Clemanceau off the French coast to conduct deck trials. These first flights were conducted with the aircraft in a “clean” configuration, with no external load, and weight carefully controlled.

The successful completion of this program led to the Jaguar M returning to Bedford in 1971, where trials were now conducted with heavier and external loadings. It then returned once again to Clemenceau for more tests, to see how both the aircraft and the carrier stood up to use with operational loadings. 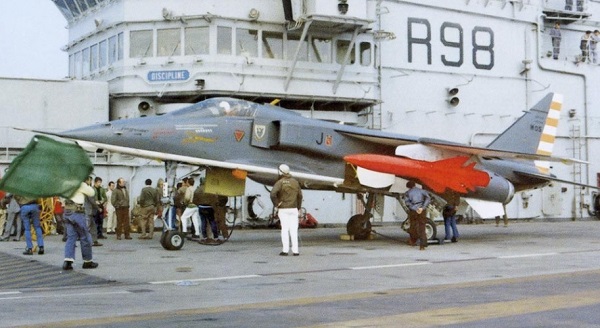 By now the Jaguar M had conducted over two hundred flights and things looked reasonable. But this last round of carrier tests created some concerns. Throttle response left something to be desired and it was thought that should the Jaguar lose one of its two engines then it did not have enough power to safely land aboard.

It was also thought by the French navy that they may need to make modifications to their two carriers for them to operate fully loaded Jaguar’s safely.

The Jaguar’s twin Adour turbofan engines were a new development and the issues with it were being worked out, with it ultimately becoming an excellent powerplant.

But the issues were enough for the naysayers to start casting doubts on the Jaguar M. And in 1971 that included the company now responsible for building it.

That year Breguet, the French company that formed half of the SEPECAT joint venture with Britain’s BAC, was bought out by Dassault. And they wanted their own aircraft to be purchased, the Super Etendard. 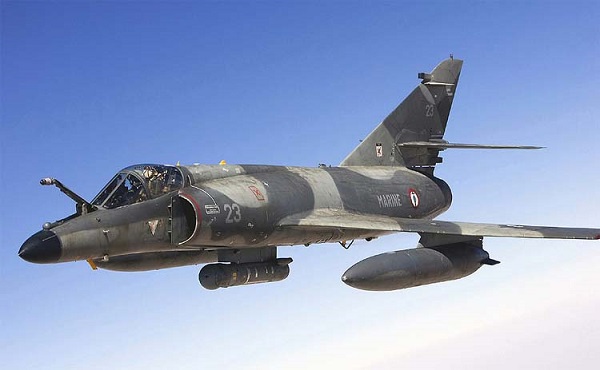 They started lobbying hard for its adoption. Amongst their statements was that the Jaguar M was going to be more expensive to build than anticipated, on top of the issues that the testing had shown up needing to be resolved.

But the Super Etendard was based on the existing aircraft in service but incorporating modern technologies that were already being developed and integrated into new Dassault aircraft like the F1 fighter. Therefore, it should be a cheaper and simpler option, which would allow the French Navy to purchase the full one hundred aircraft that they required.

The French Navy continued testing with it until 1973, at which point they made the call and cancelled its development, instead choosing to go with the Super Etendard.

Somewhat ironically this was a single-engine aircraft and while the critique of the Jaguar was that if it lost an engine, it could be tricky to land back on the carrier, no one seems to have voiced what would happen to the Super Etendard if its engine failed, i.e. it would definitely crash.

But to be fair it did go on to serve the French Navy until 2016 and gained a reputation as a ship killer with the Iraqi and Argentine Air Forces when combined with the Exocet missile. Though it did end up costing more than expected and the French Navy, again somewhat ironically, had to settle for purchasing just seventy-one of them.

But as for the Jaguar M, well, though it didn’t get to see service, happily it was not scrapped, and in fact is on display at the French Naval Aviation Museum at Rochfort. 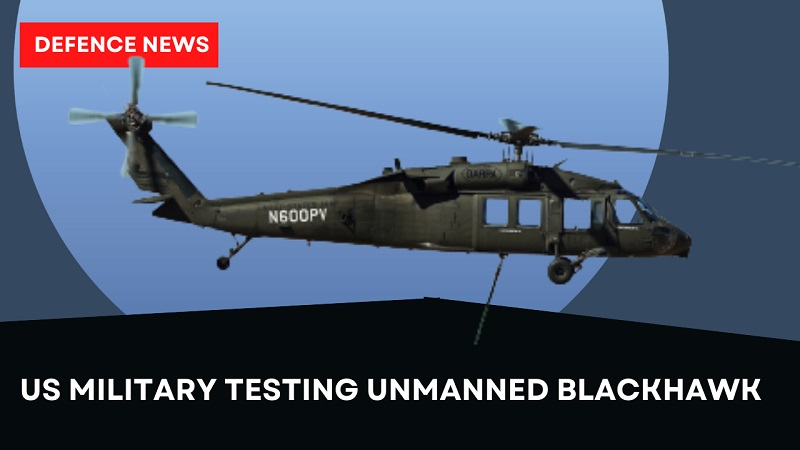