For Argentine military aviation the Second World War was a difficult period. Prior to the outbreak of the conflict, the Argentine Air Corp, then part of the Army, had been undergoing a steady process of expansion and modernisation, and the country had even established its own government aircraft factory to help with this program.

By the late 1930s, the Air Corp was flying a reasonably capable and modern fleet of aircraft, notably the Hawk 75 fighter, Northrop A-17 attack bombers and Martin B-10s.

But once war broke out, Argentina found itself in a tricky position. The country had a very close trading relationship with Great Britan and the United States, but a fair proportion of the powerful military officer corps, who essentially ran the country in this period, was unashamedly fascist. As a result, Argentina stayed neutral throughout practically the entire conflict, only declaring war on Germany and Japan in January 1945.

This neutrality meant that when it came to acquiring new aircraft, they couldn’t find anyone to sell to them. The Allied powers were not keen to divert hardware to a nation that was notionally neutral but whose leadership seemed to favour the other side of the fence, whilst supply from the Axis was impossible.

Combined with the rapid pace of development in air warfare that had started in the 1930s and which had accelerated dramatically during World War Two, Argentina’s air arm was looking increasingly obsolete. So, with no real option of acquiring foreign aircraft, the Argentines set about seeing to their own needs.

The first priority was to replace their Northrop A-17 light bombers.

These, though only acquired in 1938, were essentially obsolete even then, though it wasn’t really appreciated at the time. But in 1944 it was recognised that they needed to go and so design work began on a new aircraft to replace them, one that would draw on both Argentina’s aeronautic expertise and inspiration from the latest foreign designs. 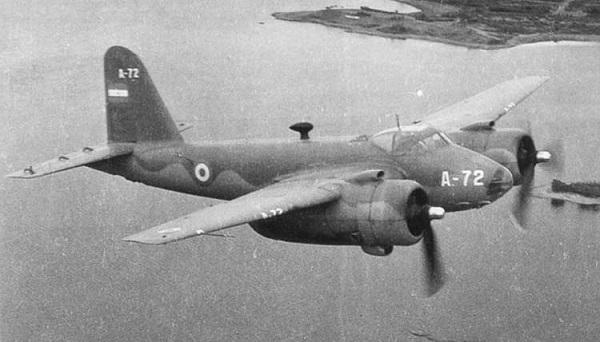 This aircraft is often called “the Argentine Mosquito”, and the similarities are certainly there to be seen. 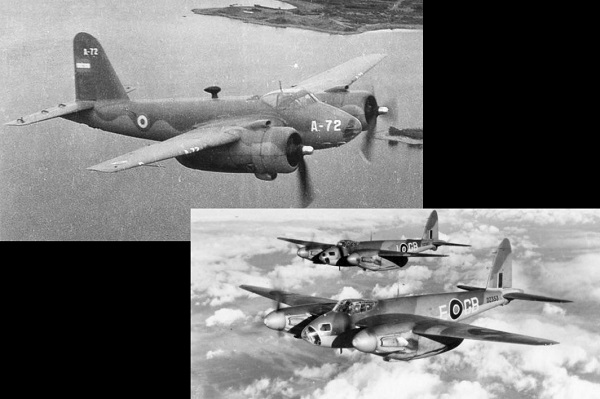 The Calquin (which means Royal Eagle) was a twin-engine, mid-wing design with the two-crew seated side-by-side under the canopy, with additional vision provided by the Perspex nose cone – a design almost identical to the De Havilland aircraft. Additionally, the Calquin was constructed of locally sourced wood, with the only major metal structures being the engine mountings. 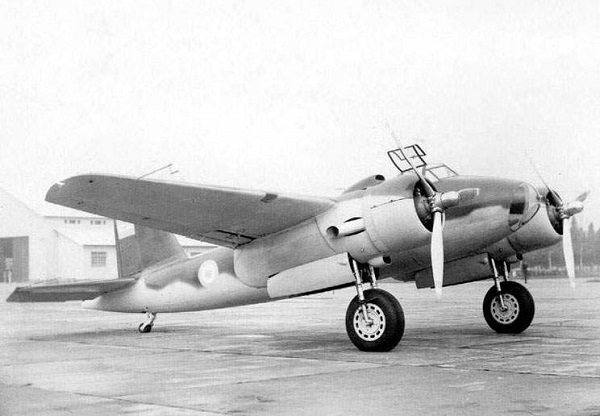 There is, however, one very notable difference between the Calquin and the Mosquito – the engines. Whilst the Mosquito was powered by two Rolls Royce Merlin’s, the Calquin had a far inferior powerplant of two Pratt & Whitney R-1830 Twin Wasp radials.

These only produced 1,050hp each, in contrast to the Merlin’s 1,700hp, as well as being less streamlined than the liquid-cooled Merlin’s. Indeed, putting these engines on a combat aircraft in 1944 shows how little choice the Argentines had.

It does appear that the original intention had been to try to acquire Merlin’s for the Calquin but this failed to occur. Argentine writers state that it was an economic decision, and that Merlin’s were too expensive at the time.

However, Argentina was also undergoing a period of political unrest that saw a military dictatorship with strong fascist leanings seize power in a coup in 1943. The United States in particular reacted extremely strongly to this situation, removing their ambassador and embargoing Argentine products. They also put pressure on the British to punish Argentina, which saw that country also withdraw their ambassador.

The United States also began to supply neighbouring Brazil, who were a member of the anti-Axis alliance, with weapons, notably modern aircraft.

In fact, it seems entirely likely that the crisis between the United States and Argentina was the primary spark in kindling the Argentine military’s desire to update their air arm with indigenous aircraft.

It also means that any request to purchase Merlin engines from either the United States or Britain would likely be refused anyway or made so expensive as to be unfeasible, which would explain the economic reasoning for failure to procure Merlin’s.

Regardless, the Argentines had to use what they had, and that meant the old model Twin Wasps. 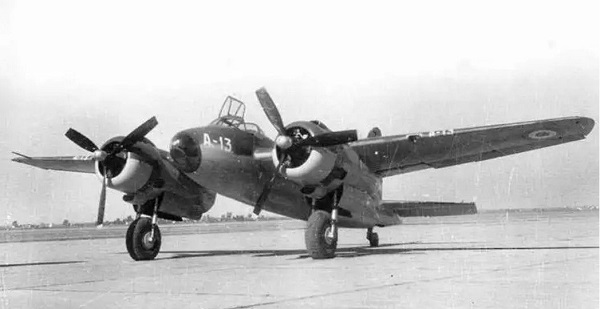 Though lumbered with these, the Calquin was the most advanced aircraft that the Argentine aero industry had attempted to create, and development took some time. Design work began in August 1944 and in February 1946, the prototype was ready for its first flight.

Naturally, fitted with different and lower powered engines than it was initially designed for, the aircraft had problems. Performance was, understandably, fairly mediocre, with the Calquin demonstrating a top speed of only 273 mph (440 km/h). 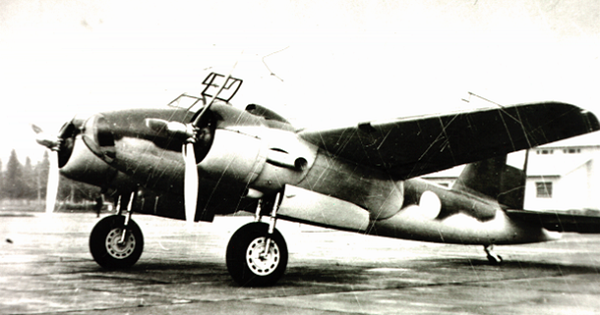 The aircraft also proved to be rather unbalanced, with one test pilot reporting that the Calquin was “…unstable on its three axis, it crossed its controls, and inverted easily.”

Despite this, the Calquin was superior to the A-17 that it was intended to replace, and so it was ordered into production in July 1946, with one hundred built in addition to the original prototype. The earliest models produced were armed with four 0.5-calibre heavy machine guns mounted under the nose. This apparently was altered in later fits to four 20mm cannon. 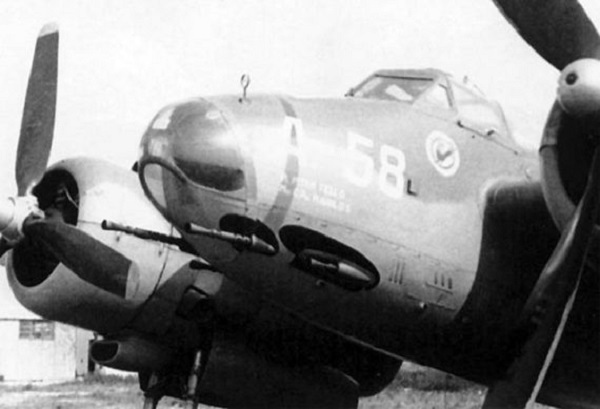 Additionally, bomb load was 800kgs (c.1,760 lbs) and twelve rockets could be mounted on the wings.

The Calquin entered service with the newly created and now independent Fuerza Aérea Argentina (FAA) in 1947 and, as the country’s first indigenous designed and built front line combat aircraft, marked a remarkable achievement. 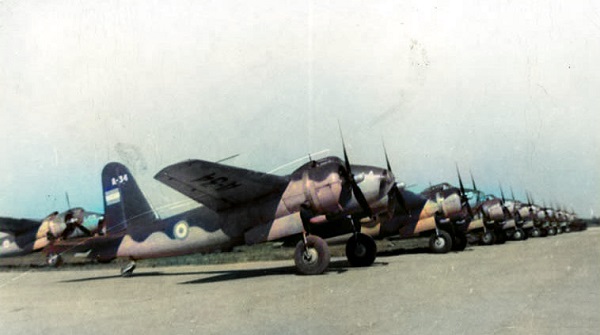 However, the compromises made in the design with its engine fit, and the touchy handling characteristics, soon meant it had a rather sinister reputation. The Calquin needed an experienced pilot to fly it safely, and in fact was capable of great agility with someone familiar with the aircraft’s quirks.

But for new flyers it proved lethally unforgiving. Crashes were common and fifty crew were killed in accidents involving the aircraft. 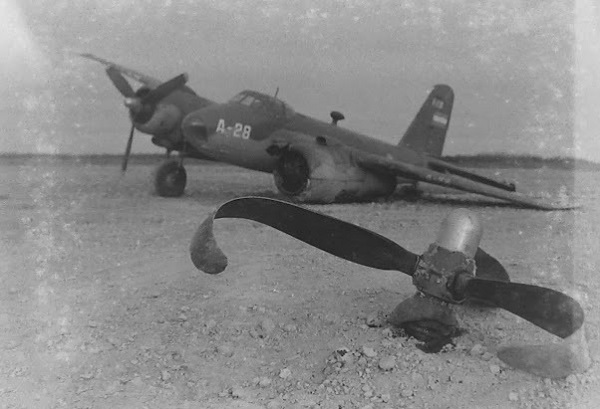 Naturally, this didn’t endear the Calquin particularly well with crews, and it had something of a reputation as a “widow maker”.

The failings in the Twin Wasp fit were recognised in the aircraft’s testing in 1946, and this in turn led to a proposal to build an improved version, I.Ae.28 “Super Calquín”. This would have had Rolls Royce Merlin 604 engines that would have produced 1,800hp each. This likely would have resolved the issues, but things were progressing that rendered the idea moot.

Firstly, the end of the war had seen in influx of highly experienced aero engineers into Argentina, especially from Germany and Italy. One of these teams had begun development of a new aircraft that looked like it would prove far more suitable for Argentine needs than either of the Calquin variants.

This, the I.Ae. 30 Ñancú, was looking like shaping up to be a truly formidable aircraft, but that will have to wait for its own video.

But perhaps more importantly, Argentina was now very interested in building its own jet aircraft and had managed to attract the services of the famous German designer Kurt Tank for this goal.

In addition, with the Cold War looming the United States was now happy to deal with governments that had strong right-wing sentiments, as long as they did something about communism. In 1947 they purchased one hundred British-built Gloster Meteor’s for supply to the FAA, making Argentina the first South American nation to have jet fighters in service.

Additionally, Argentina was now able to buy up some of the vast stocks of surplus aircraft available in the post-war market, and the FAA was able to reequip itself handsomely with aircraft like Avro Lincoln heavy bombers.

All of this meant that Super Calquin wasn’t really needed, and only got as far a partial wooden mock up.

But it also meant that the Calquin itself was soon to be replaced by more modern aircraft and relegated to the scrap yard, and the aircraft was withdrawn from service by 1958.

One example survived for a few years employed as a teaching aid for mechanics, but this too was ultimately broken up, and all that remains of the “Argentine Mosquito” today are a some components and bits of scrap that a few collectors have managed to squirrel away.