In the 1930s the monoplane fighter gradually eclipsed their biplane forebears as the primary design type. Monoplanes were capable of greater speeds than biplanes due to their lower drag, and this was considered for many air forces to be the primary criteria necessary in their fighter aircraft.

But there are two other critical factors generally wanted in fighters – strength and manoeuvrability.

Here the biplane still had advantages. With two-wings many biplanes had 20% more lift than their monoplane counterparts. This translated into better agility, climb and a shorter landing and take-off run. And so, some pilots and engineers still thought that biplanes represented the best option and designs of this type were being prototyped as late as 1938.

But there was a train of thought that perhaps, with the right engineering, you could get the best of both worlds; the agility of the biplane with the speed of the monoplane.

In fact, most of the countries with major aeronautic industries did look at various ideas and schemes to achieve just that. It is one of these ideas that I want to look at today, which is interesting because it didn’t seek to build a design from scratch but instead sought to retrofit an existing fighter, the Hawker Hurricane, with a second wing.

The company behind the idea was F. Hills and Son Ltd (generally shortened to Hillson) of Manchester, England. This company specialised in wood working, but in the 1930s it looked to expand into aircraft production.

Their first significant step in this direction occurred in 1937 when they received a licence from the Czechoslovakian CKD-Praga company to manufacture their E.114 aircraft. 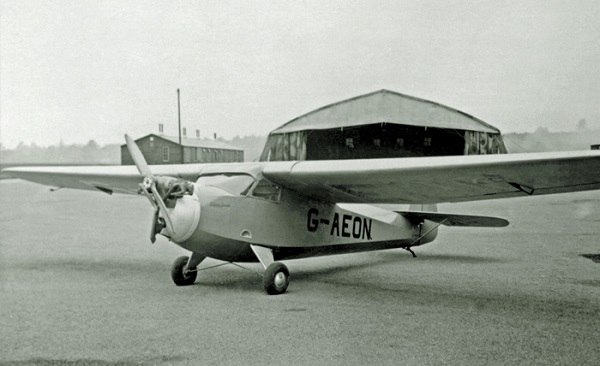 This was a two-seat, single-engine light aircraft of wooden construction, and started Hillson properly off on the road of being an aircraft manufacturer, albeit a small one.

And then the Second World War broke out.

Hillson became involved in manufacturing components for the Anson aircraft that was built by nearby Avro. But Hillson apparently wasn’t content to just stick with that.

The collapse of France in 1940 and the British retreat from Dunkirk led to the Battle of Britain. The Royal Air Force was now scrambling dozens, sometimes hundreds of interceptors daily to defend against German bombing raids. Aircraft losses were heavy, and a number of aero company’s began work on designing and building cheap fighters, often constructed of wood, a classic example of this is the Miles M.20.

But at Hillson they thought that something more than simply building a straightforward supplement for the existing Hurricanes and Spitfire was required. Bear in mind that Manchester was a significant target of German raids, undergoing the “Manchester Blitz”. It was all too apparent that despite their best efforts, sometimes the defending fighters weren’t climbing fast enough to reach the attackers and stop the raids.

So Hillson, itself a potential victim of said attacks, thought a fresh approach was needed.

What they proposed was a slip-wing fighter. In this an aircraft is fitted with a wing that it can jettison.

Basically, the slip-wing is a biplane when it takes off, with all the advantages that gives in terms of short take off and climb rate. Then, once it gets to altitude, it can detach one set of wings, making it more streamlined, reducing weight and drag and allowing it to achieve a higher top speed as a monoplane.

It was hardly a new concept, with several companies having experimented with the idea previously.

But Hillson were sure that they could use the idea to build a new fighter that was cheap and simple to build, both fast climbing and capable of high combat speeds, as well as able to operate off short strips for dispersion – another important consideration after the hammering that RAF airfields had taken.

And so, with this idea in mind, they approached the British Air Ministry. Who had no interest.

Undeterred, Hillson set about at their own expense to build an aircraft to demonstrate their ideas.

This was the Hillson Bi-Mono. 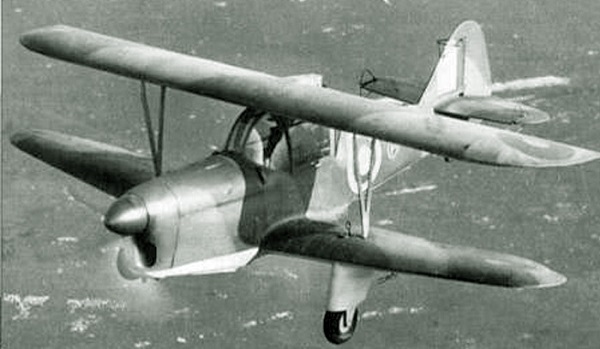 A neat little aircraft, the Bi-Mono was tiny – just 19-and-a-half feet long (just under 6m) and with a wingspan of 20 feet (just over 6m). The aircraft was designed to have a fixed lower wing for monoplane operation but had an upper wing that could be jettisoned.

The Bi-Mono first took to the air in early 1941 and allowed Hillson to experiment with two different types of upper wing.

One of these, twice the size of the fixed lower wing, effectively made the Bi-Mono a sesquiplane, but it was decided that the best performance was achieved with two wings of equal area.

However, no test of the jettison action was allowed over land; rather sensible as random aircraft parts falling from the sky, even under a parachute as intended, is hardly a safe prospect for people on the ground. But the Air Ministry, previously not interested, did start to pay attention and so testing was taken over by the RAF and moved to Blackpool.

Here a trial could be run to test the wing’s detachment in flight over the Irish Sea. This took place on 16th July 1941.

It proved successful, though the sudden loss of lift available meant that the little aircraft dropped a couple of hundred feet, but it worked. In fact, later trials would reveal that the Bi-Mono’s maximum speed as a biplane was less than its stall speed as monoplane, hence the substantial drop once the wing detached.

But it proved the basic idea and the Air Ministry decided to allow Hillson to continue their experiments, but now with an actual, in-service aircraft.

In 1942 they allocated a single Hawker Hurricane for conversion to testing the slip-wing. The aircraft in question was an old Mk.I that had seen hard use in the previous years. Hurricane L1884 had served with both the RAF and the Royal Canadian Air Force (RCAF).

It was now well past its prime and, no doubt, had it been lost in the experiments it wouldn’t have been much missed.

Hillson set to work converting L1884 to a slip-wing configuration, though actually to a different idea than they had originally thought up. Instead, the Air Ministry wanted to test the viability of using the slip-wing with a view to its possible use as an auxiliary fuel tank.

The thinking was that the extra wing would provide much greater fuel supply to an aircraft for increased ferry range, whilst the additional lift generated would help compensate for the extra weight that was being carried. 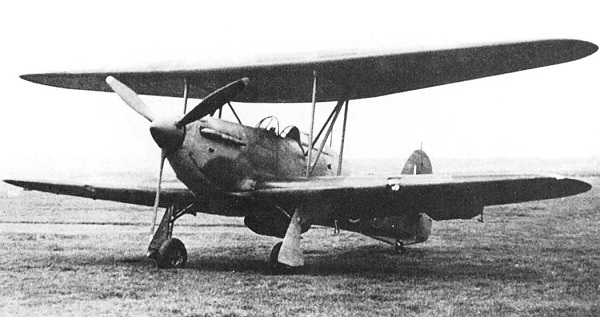 Now designated as the Hillson FH.40, the aircraft was fitted with a second wing which was identical in size and aerofoil section to the Hurricane’s existing now lower wing. This was mounted on two N-section interplane struts which kept the new wing clear of the cockpit.

It seems likely that this original testbed was just to trial the aircraft’s general handling, as the struts appear far to lightweight to carry substantial weights. Additionally, no attempt was apparently ever made to test the wing jettison. 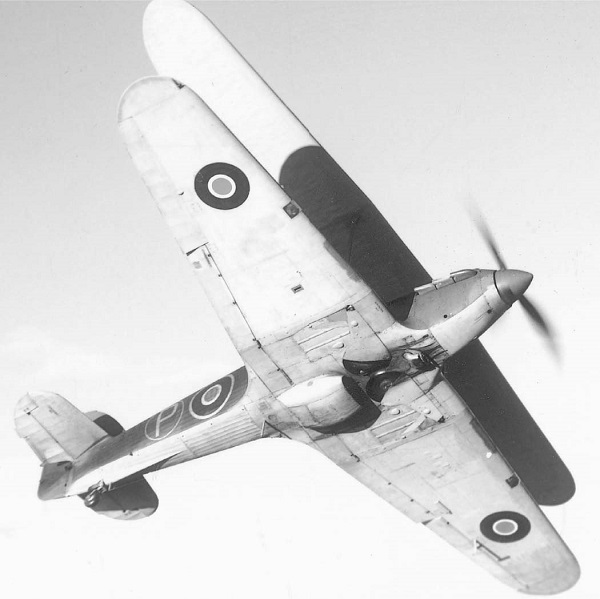 The FH.40 first flew in May 1943 and in September was transferred to the RAF’s aircraft testing facility at Boscombe Down. Here it was found, unsurprisingly, that the FH.40’s performance was pretty poor. It did, after all, now have an additional 700 pounds (c.320kgs) of extra wing and release gear added, plus a large amount of extra drag. All on an aircraft that was basically worn out anyway.

It was obvious that the concept could work, though it would require a lot more effort to make it a properly fieldable feature. But by that point in the war it wasn’t really needed. The RAF wasn’t particularly concerned about a fast-climbing interceptor for urgent home defence anymore, they had plenty of modern first-rate aircraft that could perform that already.

Plus, the wing ferry tank idea, while possibly a more useful concept at the time, wasn’t really needed, when all was said and done.

The FH.40 was tested for a few more months, but in 1944 the novelty wore off and the aircraft was scrapped. An end to a rather interesting idea, and though unlikely that it would have proven to have been worthwhile, a shame that it was gone.