When I say the name “Willi Messerschmitt”, it conjures to mind a range of ground-breaking and iconic aircraft. The Bf 109, the most produced fighter aircraft in history. The Me 323, a monstrous aircraft that forecast how important heavy air transport was going to become in the future. And the Me 262, the world’s first operational jet fighter.

But less well known is his final design; an aircraft that potentially was the most impressive in terms of its projected capability of all the aircraft that Messerschmitt ever designed.

And the HA-300 wasn’t built in Germany. It was built in Egypt. 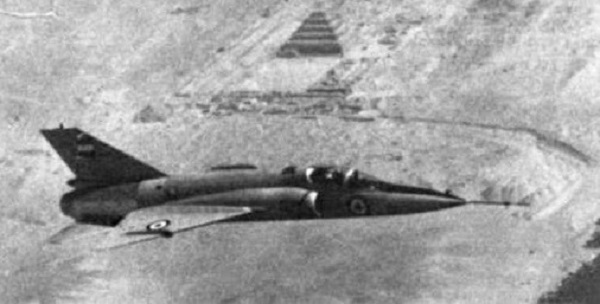 After the Second World War, Messerschmitt and the other German aero designers found themselves in a sort of limbo. Germany was divided into two by the victorious allied powers and the war machine makers found themselves caught up in the post-war denazification trials.

Messerschmitt himself served two years in jail and was released in 1950. He then resumed control of the company that still bore his name but was forbidden from building aircraft, instead the company making things like small cars and sowing machines.

But Messerschmitt was, after all, still one of the foremost aeronautical engineers in the world and there were those who were more than happy to hire him to come work for them.

The first of these was Spain. In 1951 this country was a dictatorship under Francisco Franco, who had enjoyed close links to the European fascist movements and countries during the war but had been wily enough to avoid entanglement in the conflict.

As a result, Franco’s rule was viewed with some scepticism by the Western nations, and the country was a semi-pariah. This meant that the Spanish Air Force, largely made up of German World War Two aircraft, was getting obsolete and so recruiting Messerschmitt to design and build aircraft in Spain was eminently sensible.

The first jet that was developed was the HA-200, a jet trainer which ultimately entered service in 1962. But Messerschmitt also initiated a much more ambitious design for a supersonic point defence fighter which would become the HA-300.

However, the increasing tensions between the West and the Soviet Bloc meant that Spain found itself coming out of the cold and by the mid-fifties was now receiving aircraft from the United States. As a result, the need for an indigenous fighter receded and was in fact an unnecessary cost so the Spanish scrapped it in 1960

But by this point, another country was already very interested in Messerschmitt’s new fighter. The United Arab Republic – which is what we know today as the countries of Egypt and Syria.

The Egyptians had already been working with the Spanish and their German engineers and were setting up production facilities to licence build the afore mentioned HA-200. They too wanted their own fighter, and so officially started work with Messerschmitt and his team in 1959.

The Egyptians – or I guess the United Arab Republicans as they briefly were – were also in a bit of a political limbo at the time, and worried about meeting their own defence requirements. Under President Nasser, Egypt was very much focussing on becoming a modern state, preferably immune to outside interference and political influence. Nasser’s policies had already upset the British and French enough that they had colluded to invade the country alongside Israel in 1956. He had also alienated the United States.

Though the Soviet Union was proving increasingly friendly, and had provided substantial arms sales to the UAR, Nasser was wary of getting too deep into bed with any power at this time. This meant that Egypt had to be able to protect themselves with their own resources.

So, they had created a vast military development and construction complex in Helwan, southeast of Cairo, which was intended to create the vast array of weapons and equipment that the UAR military would need. This would provide the name that the new fighter would be generally known as to history – the “Helwan”. 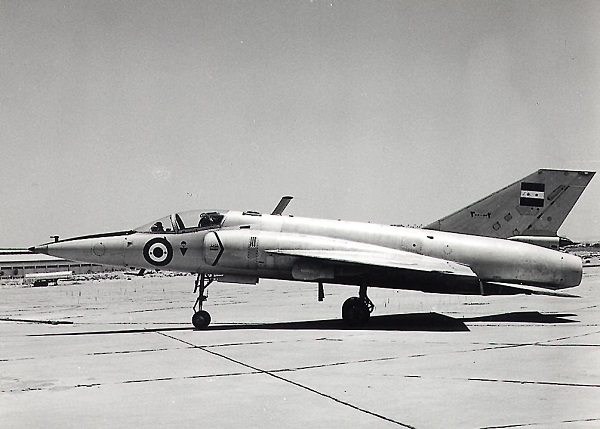 The aircraft that Messerschmitt would produce was, on paper at least, impressive. Ultimately coming out as a tailed delta-wing with a single engine, the HA-300 was small. As in one of the smallest dedicated jet fighters to actually fly.

Despite its dinky scale, the Helwan was expected to be no slouch. First flying on March 7, 1964, the prototype was used to test handling and develop additional improvements. These were incorporated onto the second aircraft, which flew on July 22, 1965. Powered by the same British-built Bristol Siddeley Orpheus 703 as the first aircraft, the Helwan II made a top speed of Mach 1.13. 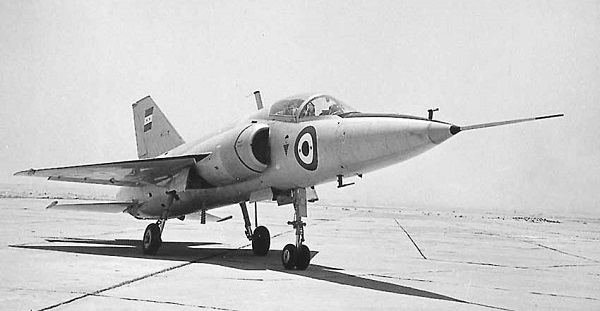 The aircraft were reported to be good to fly, and experienced a remarkably problem free test regime, with both aircraft making 135 flights with no serious issues encountered. However, it had long been recognised that performance could be much better with a more powerful engine, the Orpheus only producing a maximum of 8,200 lbs of thrust with after burner.

To this end Messerschmitt had already recruited Austrian jet engineer Ferdinand Brandner to develop a new engine for the Helwan. Brandner, who lead the team that developed the Kuznetsov NK-12 turboprop, the powerplant of the Tupolev Tu-95 bomber, began work on the new turbojet in the early 1960s.

By 1963 the engine, designated the Brandner E-300 was bench tested and then conducted high tests flights in an Indian built HR-24 Marut fighter-bomber in 1967. The new engine produced 10,600 lbs of thrust with afterburner and a third Helwan prototype was built to accommodate it.

This aircraft was expected to be capable of reaching Mach 2 and was expected to provide the basis for the new fighter. The production aircraft was projected to have two 30mm cannon plus the ability to carry two-to-four heat seeking missiles, likely Soviet K-13 “Atolls”.

Alas, it was not to be, for a variety of reasons. As already mentioned, India was providing assistance in developing the Brandner engine. In fact, India had provided some help in the development of the Helwan, including a primary test pilot and paying towards the E-300 engines creation.

Apparently, the Indian’s were labouring under the mistaken assumption that the Egyptians would be looking to purchase their own new indigenous fighter, the HAL HR-24.

But when it became apparent that no sales of the Indian aircraft were going to happen, the Indians pulled out of E-300 development in 1969, effectively killing the engine.

But the Helwan was in trouble before that.

The devastating losses suffered by the Egyptian military in the Six-Day War of 1967 meant that the country finally jumped fully into the Soviet camp. The Egyptian Air Force received vast supplies of Russian equipment in short order – including state-of-the-art MIG-21 fighters.

With Egypt in severe financial straits, plus now having a huge stockpile of modern aircraft, the HA-300 wasn’t needed. In addition, pressure had been building on the German and Austrian engineers involved in the project.

Messerschmitt in Germany had been allowed to resume aircraft production for the Air Force, which had been reconstituted. This quite frankly was far more lucrative than the Helwan.

Additionally, German politicians were none too thrilled at native engineers – many of them former Nazis – being involved in building military aircraft that would almost certainly be used against Israel. They made it plain that they were not happy about the whole situation, and so many of Messerschmitt’s team, and the man himself, departed the project.

For the last stubborn hold outs, well, there are stories that Mossad, the fearsome Israeli intelligence service, spelled it out to them that their continued participation would prove a terminal condition.

Anyway, to skip to the end, the third Helwan prototype, with its Brandner engine, got as far as running taxi tests on the ground when the plug was pulled in May 1969.

So ended Willi Messerschmitt’s final design – quite an achievement, considering all the issues involved. But all is not lost.

In 1991 the first prototype was bought by Daimler-Benz Aerospace, given a five-year renovation and is now on display at an aviation museum near Munich.

There are also reports that another survives – perhaps the third and most advanced model – in a military hanger at Helwan still. If true, maybe one day that too will appear in an Egyptian museum some day in the future.