The Hawker Henley is again one of those interesting “what if” aircraft. Historically, the aircraft is rather dull. Some two hundred were built in 1939-40, serving as target tugs – an important job, no doubt, but hardly the sort of aircraft to get a lot of attention from people interested in aircraft of the Second World War.

Worse, it was pretty terrible at the job! It’s Merlin engine, the same as fitted to the famous Spitfire and Hurricane, tended to wear out quickly and as a result the aircraft proved somewhat unreliable and suffered a number of losses. 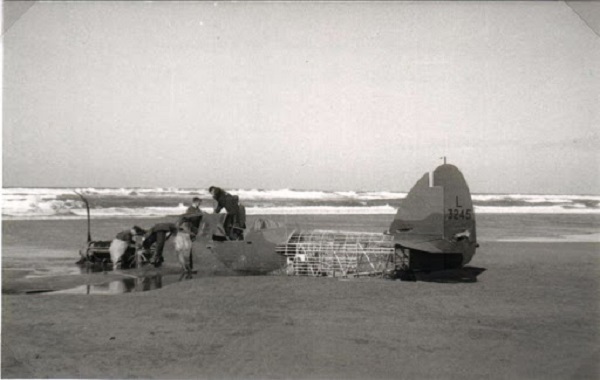 By 1942 it began to be replaced by the Boulton-Paul Defiant – whose failings as a fighter at that point were all too evident – and the Miles Martinet, a dedicated towing aircraft which performed sterling work throughout the war.

The Henley staggered on in service until 1945, losing some 63 of its limited number in accidents. Then the type was scrapped. None now survive.

So why is this aircraft, unreliable and in a not particularly exciting role, of any interest? Because of what may have been. 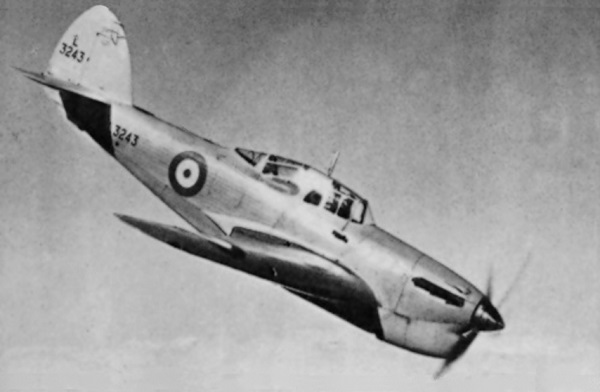 The RAF had operated a line of two-seat light bombers since World War One. Renowned for their speed, aircraft like the Fairey Fox and the Hawker Hind had the job of hitting important targets behind the front lines like railway marshalling points and other rear area infrastructure – the role we would describe today as “interdiction”.

It was to replace these older biplanes that the Henley was created – a fast attack aircraft capable of hitting a target rapidly and accurately and then having the speed to evade enemy fighters. In 1934 the Royal Air Force issued Specification P4/34 calling for a two-seat light bomber capable of dive-bombing. It was this requirement that the Henley was built for. And it was quite impressive.

The aircraft drew heavily from the Hawker Hurricane fighter, itself being developed at the time. 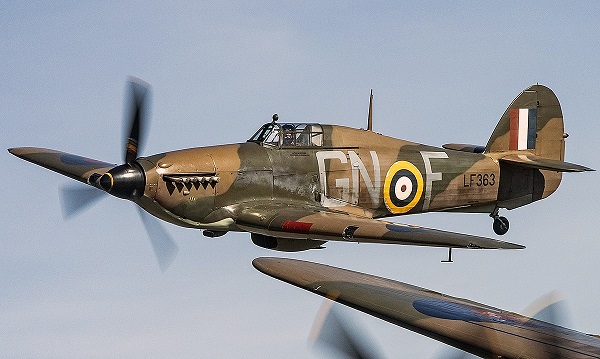 Stretched to fit a radio operator/rear gunner in a back seat and a bomb bay capable two 250lb bombs, the Henley used the same mixed construction techniques as the Hurricane – indeed, it used a number of components from its fighter brethren. 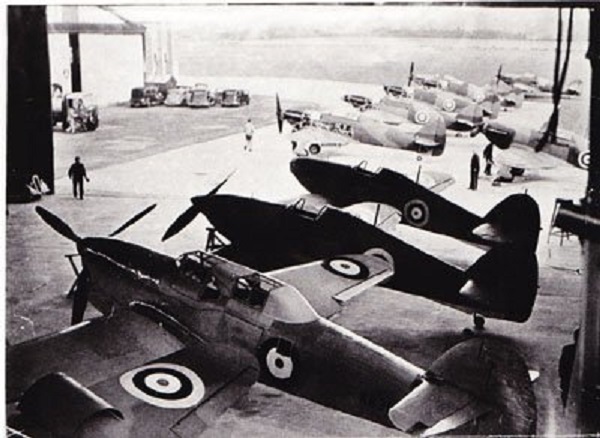 (This appears to actually be a Hawker Hotspur rather than a Henley after its turret was removed. Thanks to Les Whitehouse for pointing this out.)

The prototype of the Henley bomber first flew in 1937. In terms of its performance, the prototype was impressive. With a top speed of 292 mph and a maximum range of 940 miles, the aircraft was a vast improvement on the planes it was intended to replace.

Even taking into account some loss of performance in an actual production aircraft due to extra weight from armour, weapons and equipment, the Henley still offered much better performance than anything else in British service at the start of the war, broadly comparable to modern fighters. Unfortunately, here issues of doctrine and finance got involved.

As already mentioned, the RAF did not really practice the concept of close-air support in the pre-war years; certainly not to the extent of the German’s, who viewed the Luftwaffe as primarily a tactical outfit intended to support the army. It was for this reason that the Henley wasn’t designed as a “true” dive-bomber, like the infamous German Junkers Ju-87, AKA the “Stuka”.

The Henley didn’t have dive brakes or bomb crutches to swing the bombs clear of the aircraft in a vertical dive. But it was stressed to pull out of a 70 degree dive, which would have made it capable of more accurate bombing.

It also wasn’t really intended for the same role as the Stuka, tactical support of the Army in the field, but instead for the afore-mentioned interdiction role. And, unfortunately, the RAF already had an aircraft in service that looked more capable of fulfilling that role – the Fairey Battle, which actually entered service in 1937 when the Henley was just a prototype. 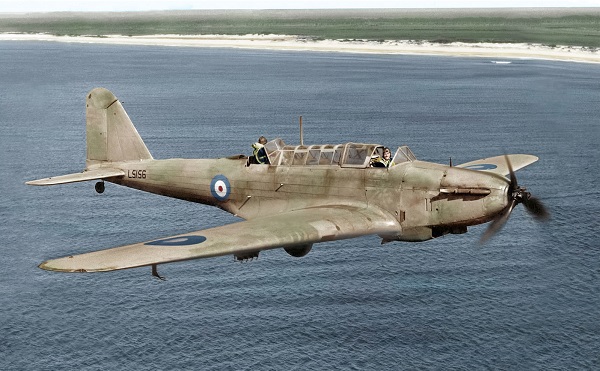 So, the Henley was cancelled as a bomber and tasked to target duties.

It’s easy to look at the Battle and see it in the same sort of category as the Henley; it too looks basically like a stretched fighter, using a single Merlin engine like the Henley. But in fact the Battle is a bigger and slower aircraft, though able to carry twice the bomb load. However, in the pre-war RAF, the Battle was thought to be more than capable of doing the job and it was these that went to France in 1939 and into action in 1940. Where they were slaughtered.

It shouldn’t be assumed that if the RAF had Henley’s instead of Battle’s, this wouldn’t have happened. As John Dell points out on his excellent website, for the RAF to have been able to have made a decisive difference in the Battle of France in 1940 would have required a change in policy and doctrine to become a proper tactical air force.

The great irony concerning the Henley is that had the RAF actually been interested in a dive-bomber/close support doctrine, the Henley had the potential to be one of the best in the world at the time of its fielding in 1939.

Though carrying lighter bomb loads than some rivals at that time, it had good range, excellent speed and manoeuvrability and, like the Hurricane, a tough construction method that was both rugged and easy to repair – ideal characteristics for a close support aircraft.

And, like the Hurricane, it would have been capable of fitting later models of the Merlin engine, substantially boosting power and armament potential. Indeed, in 1942 tests were undertaken in fitting two additional 500lbs bombs under the wings of a Henley, tripling the bomb load. However, it was not meant to be.

While Henley’s were being built and bumbling around as target tugs, a role they were totally unsuited for, the British continued to use far inferior aircraft like the Blackburn Skua, which did surprisingly well considering their pretty terrible performance.

As the British would be the repeat victims of the effectiveness of dive bombing, not just in France but in naval theatres such the Battle of Crete and then the Pacific, they did decide to acquire some dive bombers. For this they looked to America, buying the Vultee Vengence.

But by the time those came into service in late 1942, the RAF had already gained more experience in tactical air support, using fighter bombers in the role. And it was the Hurricane, the Henley’s close relative, that had paved the way in this regard. 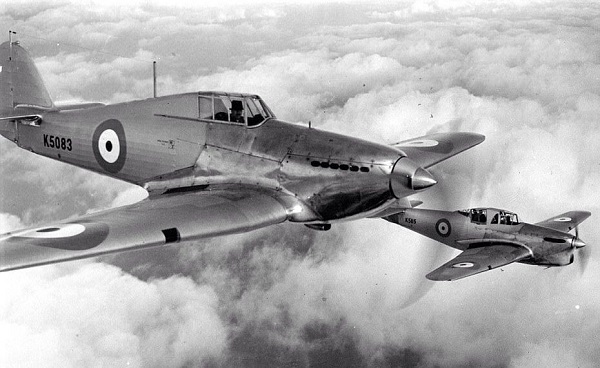