As pointed out in my previous article on the Helwan HA-300, after the Second World War many German aeronautical designers found themselves at a loose end. With Germany initially forbidden from building aircraft, these engineers – who arguably were the most knowledgeable experts in the field at the time – had to find other employment.

One of these was the designer of what was one of Nazi Germany’s most formidable fighter aircraft of the entire war; Kurt Tank, creator of the legendary FW 190. In 1946, Tank headed to Argentina, producing the later versions of their Pulqui series of experimental jet fighters. This allowed Tank and his team to further develop their designs from the end of war and stay current with aeronautical developments in the new jet age.

However, financial issues meant that in 1955 Tank was back on the job market, and he was subsequently recruited by HAL – Hindustan Aircraft Limited.

The Indians, as a proud newly independent nation that was very much a major player in the Non-Aligned Movement (NAM) – countries wishing to stay out of the Cold War – wanted their own military development and construction capabilities. Top of the list was the creation of their own supersonic fighter jet.

HAL had only built small propellor aircraft up to that point, so recruiting Tank and his team was a crucial event in the development of what would become the first Indian-developed jet aircraft. 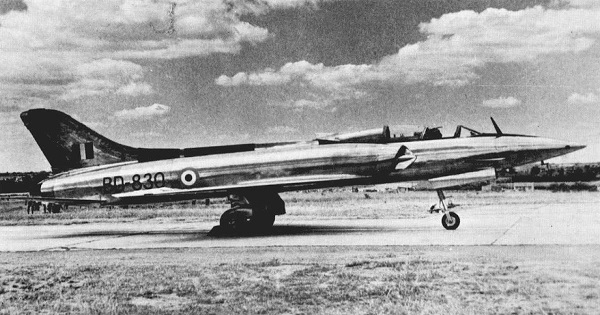 The project was given the official go ahead in 1956 and the specification was for a twin-engine fighter-bomber capable of Mach 1.5 and ideally Mach 2. Development proceeded over the next five years, with the first prototype Marut flying on June 24, 1961.

It was now that issues with the project really started to come out – not really in the aircraft itself, but in the lack of coordination between the Indian government, Air Force, HAL and Kurt Tank himself. The prototype HR-24s flew with British-designed Bristol Siddeley Orpheus Mk 703 turbojets which only produced 4,900 pounds of thrust each.

Although a good engine that was licenced produced in India and used in their Folland Gnat fighters, it was understood to be only a stop gap for the initial testing until a more powerful powerplant could be obtained. Unfortunately, this need seems to have been overlooked and in 1961 the Indian government ordered 16 pre-production and 60 production Marut’s for service in the Indian Air Force – all with the Orpheus engine.

The IAF was none too pleased about this. They had specifically wanted a high-performance aircraft, what they were getting was certainly not that. When they got into service in 1967, the Marut’s proved capable of a maximum speed of only Mach 0.93.

Rate of climb was poor, range limited and with the Orpheus the aircraft was never going to be able to reach its potential. In fact, in aerial combat it was far outclassed by the IAFs primary fighters of the day, the Hawker Hunter and Folland Gnat – which left the IAF questioning why they were getting saddled with the Marut.

There were also issues between Tank and the Indian government, with relations becoming increasingly strained as the project moved along, leading to both parties largely ignoring each other; Hardly a good situation when you are attempting to build the most advanced machine in the history of your country.

Attempts to remedy the weak engine ultimately met with failure. An initial offer from Rolls Royce to develop an improved Orpheus was rejected by the Indian government, who then began to invest in the Egyptian Brandner E-300 turbojet which was in development for Messerschmitt’s HA-300 fighter. This fell apart in 1969, apparently again through lack of clear communication between the parties involved.

Other engines were examined, but none were suitable for various reasons and the HR-24 would go into service with the low-powered Orpheus as powerplant throughout its career.

A total of 147 were built, but they served with only three squadrons of the IAF – Nos. 10, 31 and 220. The Marut’s were armed with twin 30mm Aden cannon, and had four wing hardpoints for carrying a total load of 4000lbs of bombs or rockets.

Initially, the aircraft was also fitted with a retractable pack of 50mm Matra rockets behind the pilot, which would drop down to launch, but these were soon removed and replaced with an additional fuel tank. 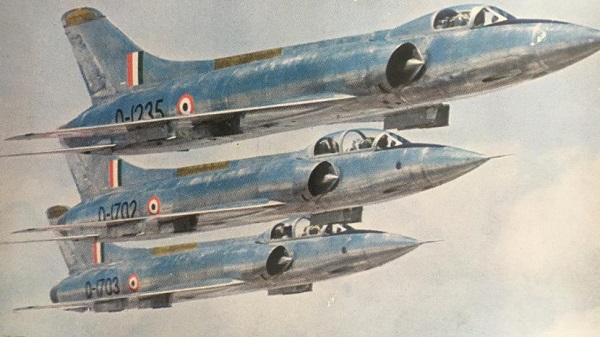 The Marut in many ways serves as a “how-not-to-project-manage” an advanced technological program, with little coordination between the various parties involved. In fact, the adoption of the aircraft at all can be seen as an example of political interest superseding military requirement.

But despite its low production number and far from sparkling performance, the Marut’s story is not all doom and gloom.

The Marut had good acceleration at low-level, as well as being extremely easy to handle. The cockpit was well laid out and the aircraft extremely forgiven to pilots – all essential elements for an aircraft zipping along at tree top level. As one pilot who flew it said:

“The Marut was a sweet lady, not a bitch.”

Additionally, the aircraft was tough. This was probably due to the fact that Kurt Tank built his aircraft like, well, tanks.

The Marut’s twin engines meant that it was capable of taking both bird strikes and battle damage in its stride and get back to base. All this would come into play during the Indo-Pakistan war of December 1971.

The rugged build meant that a number of aircraft managed to make it home even after suffering severe damage and on one engine. This was in marked contrast to the single-engine Hunters, Gnats and Mysteres which provided the majority of the IAF’s ground attack capability during the war.

But in some ways, the combat success of the Marut – and its goods safety record generally – further underlines its failure. Because if the HR-24 had of been effectively managed from the start, and received the more powerful engines that it needed, it could have been a truly formidable aircraft – certainly on a par with its contemporaries.

As it is, the Marut began to be phased out in the 1980s, being replaced in the strike role by the SEPECAT Jaguar that was built under licence by India. The last of the aircraft was phased out in 1990, the end of a remarkable aircraft that held so much promise, but ultimately only was able to give an indication of what might have been.