For anyone studying military history, one thing often stands out; The amount of times lessons need to be relearned.

When it comes to air forces providing close air support to ground forces, one of those repeat lessons is the necessity to armour the aircraft that are performing the job. This trend seems to ebb and flow as ever improving performance and technologies gets used as the justification that they provide superior protection than armour.

The logic makes some sense, as even the most heavily armoured aircraft is vulnerable to proper anti-aircraft weapons. Yet whenever the fashion swings against armour, the next war always seems to show that no matter how fast or complex an aircraft is, it is vulnerable to even simple small arms fire if it must get “down-and-dirty” to support the grunts effectively.

Vietnam, Korea and World War Two, the pattern often repeats. And it wouldn’t be so bad, except this same lesson was learnt long before these wars. In fact, it was learnt when the very first combined arms attack was launched.

In 1917 both the British and Germans began using aircraft for close air support. This culminated with what is considered the first modern combined arms offensive – the Battle of Cambrai.

The attack, which took place between 20 November and 7 December 1917, saw the British use tanks, artillery, infantry and aircraft working in coordination with each other. The Royal Flying Corps (forerunner to the Royal Air Force) deployed a number of squadrons that had been specially trained to strafe and bomb enemy concentrations and strongpoints in direct support of the ground forces – classic close air support work.

However, the aircraft assigned to the job were the same as the squadrons had on strength, Airco DH.5 and Sopwith Camel fighters.

Both types did sterling work in the role, reportedly inflicting serious casualties on the German defenders. But they were, as was standard with fighter aircraft of the era, built as lightly as possible from cloth and wood. As a result, they were very susceptible to ground fire, even just from rifles, and accordingly suffered very heavy losses. As many as 30% of deployed aircraft were lost on some days of the battle.

Despite this, the RFC recognised that the value of close air support was huge – especially as the German’s flying of similar missions had proved effective at disrupting at the Allied offensive. What was needed was a dedicated ground attacker that was armoured to resist small arms fire. A specification for such an aircraft was issued in January 1918, and the Sopwith Aviation Company offered two proposals.

The first, the TF.1 (short for Trench Fighter) was a modified Camel that had 130lbs of armour to protect the pilot and two Lewis guns fixed to fire forwards and downwards at a 45-degree angle as their main weapon, with a forward firing gun for other necessities. Two prototypes were built in very quick time and sent to France by March for testing. 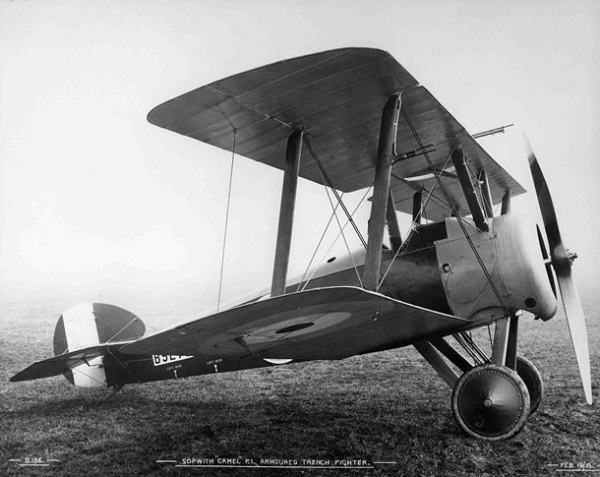 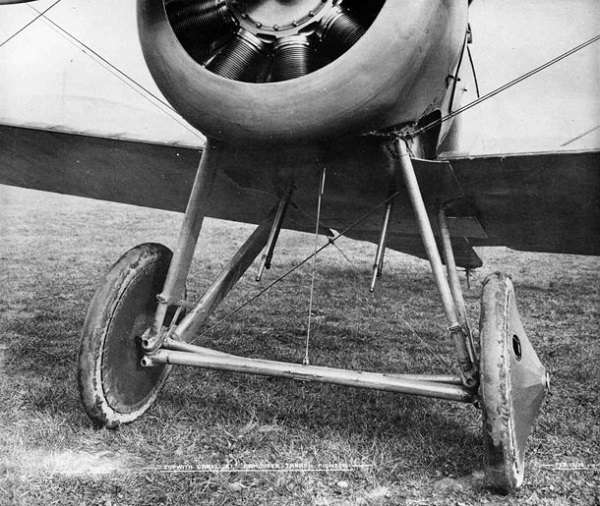 The gun layout was found not to be effective, and attention switched to Sopwith’s second proposal, which had been in development at the same time.

The Sopwith Salamander – also designated as the TF.2 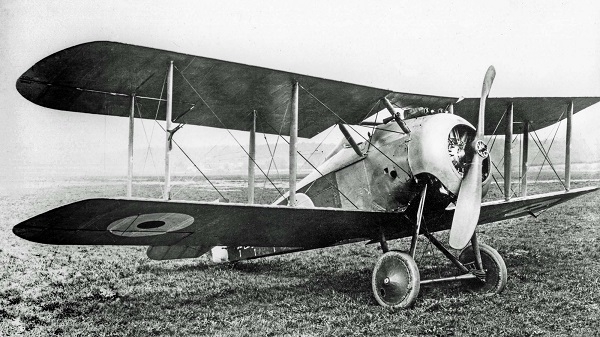 Based on the new Snipe fighter, which was just getting into production itself, the Salamander was built as a dedicated ground attacker capable of soaking up fire. Armament was initially to be the same as the TF.1, but the results of the experiments in France led to a decision to retain the same armament as its Snipe and Camel originators – two forward firing .303 Vickers guns in the engine cowling and the ability to carry four 20lb bombs under the wings.

But the Salamander’s real strength lay in its armour. The forward section of the fuselage was composed of a box of armour plate, which formed an integral part of the aircraft structure. 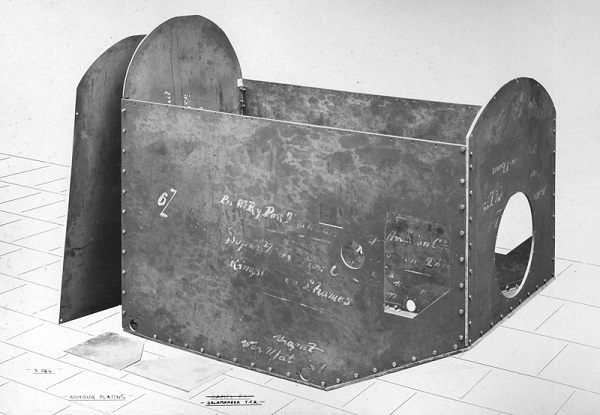 This protected the pilot and fuel system and was 11mm thick on the floor, 8mm in front of the pilot and 6mm on the sides. Behind the pilot was a double skin of armour, comprised of plates 4mm and 2.6mm thick.

To put this into perspective the main British tank at that time, the Mark. IV, had a maximum armour thickness of just over 12mm on its front and 6mm on the sides.

The Salamanders frontal and floor armour was assessed as proof against German armour piercing ammunition if fired from more than 150ft away – that’s about 45 metres – while the sides would stop most such rounds if hit at an angle. 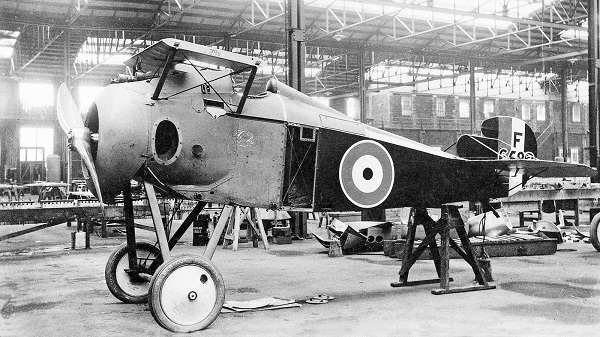 Needless to say, the weight price for this level of protection was heavy. Although it looked like a Snipe, the Salamander was 25% heavier than its fighter kin, weighing 2512lbs fully loaded against the Snipe’s 2020lbs. The armour box alone weighed 605lbs.

As both types used the same engine, a Bentley BR-2 producing 230hp, performance was also lower, with the Salamander having half the endurance of the Snipe.

Production of prototypes for testing went ahead and in early May 1918, the first was in France for evaluation. It was wrecked in a crash on May 19 and though this was not through a fault with the aircraft, the test reports expressed some concerns that the Salamander, no doubt due to its weight, picked up speed very quickly in a dive that may have proved a problem in its intended role.

The Royal Air Force, as it had become on April 1, was also somewhat unsure of the aircraft, having wanted a more lightly armoured attacker like the original TF.1 with self-sealing fuel tanks – another lesson that needed to be relearned.

Regardless of the concerns of those who would have to fly it, an order for 500 Salamanders was placed with Sopwith in June 1918, followed by orders to other manufacturers to bring the total to 1,400 aircraft. 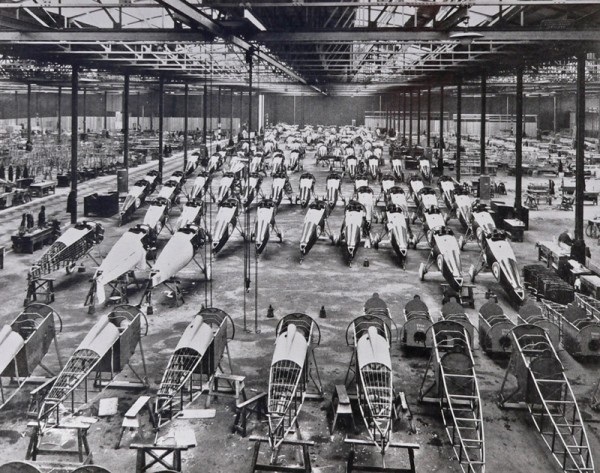 It was here that issues with the technology of the day came to the fore. Armour plate was, as one would expect, a priority item in the UK in 1918. Additionally, the process of hardening the plates often distorted them slightly.

Though this might be workable in vehicles like tanks and warships, the precision required for airframe construction meant that often the manufacturers received the steel only to find they could not get it to fit into the aircraft in production. Construction was therefore slow, and by the time of the Armistice in November only two Salamanders were in service with the RAF in France.

With the end of the war, orders were slashed, though production of the Salamander continued for a few months. In total 497 were built, though it doesn’t appear that they were issued to any dedicated squadron, instead being placed in storage or used for other duties. 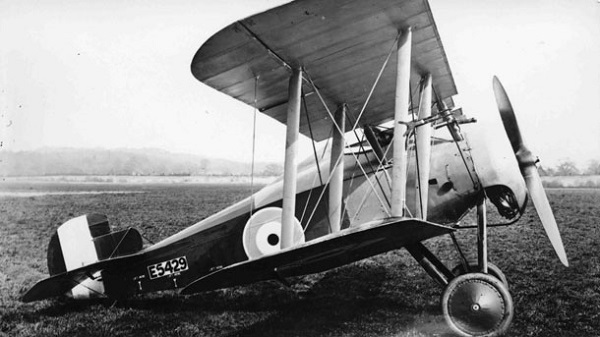 Though the Salamander was reported to fly reasonably, post war the type showed some worrying trends. Firstly, seventy were found to have been constructed with components made for Snipes. Though appearing very similar, the aircraft actually shared almost no common parts due to the need for the Salamander to be built much stronger than the fighter that it was derived from.

Other Salamanders also showed worrying signs in the distortion of their armoured box, misaligning the aircraft and making them dangerous.

The Salamanders therefore just sort of fizzled out. They were used for testing disruptive pattern camouflages on aircraft in 1918 and ‘19, which seeing as the results of these test were to form the basis for RAF camouflage schemes just before the start of World War Two is probably the biggest contribution the Salamanders made.

The type was still listed as in service with the RAF in 1922, and one was reportedly still in America in 1926, where it had been sent for testing. But all the Salamanders where eventually scrapped, so little noticed that no one even bothered to note their passing officially.

Nowadays, we can but speculate how well the aircraft would have performed if the war had dragged on into 1919 as had been expected. And so the Salamander will always be a “what-if” aircraft.