By the start of the Second World War, most of the major combatants were firmly of the opinion that the day of the biplane had well and truly past. 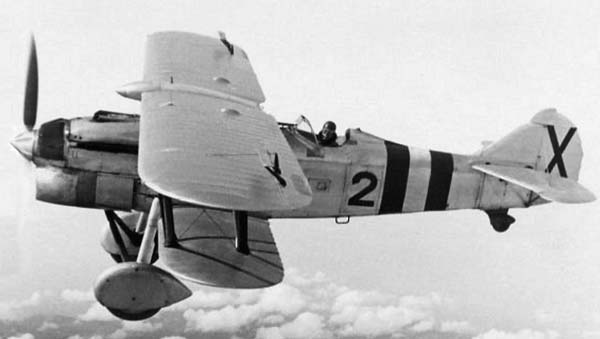 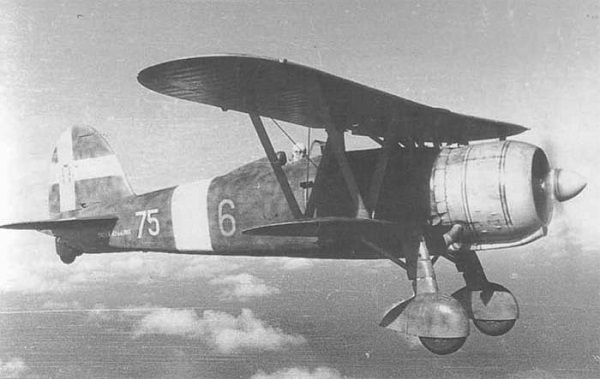 The Italians would continue to use both older models, such as the Fiat CR.32, and more modern CR.42s throughout the early years of the conflict as frontline fighter aircraft. In fact, they produced the CR.42 up until late 1942, by which point even the most ardent fan of the biplane had to admit that it was truly obsolete as a frontline fighter.

It’s easy to look at the Italians continued use of the biplane as a symptom of their much lower industrial capacity in contrast to the other combatants. Though that played a part in fact the reason for the Italian stubbornness in using biplanes as frontline combat aircraft is due to mistaken lessons they took from their experiences in the Spanish Civil War.

Nothing better demonstrates this than the fact that not only did they continue using biplane fighters in the frontline well after their rivals, they doubled down on the issue! That lead to them developing what must rank as the ultimate biplane fighter aircraft. 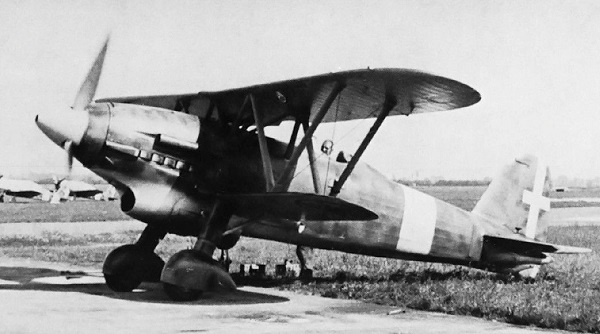 This aircraft took the basic CR.42 fighter and replaced its Fiat A74 RC38 radial engine which produced 840hp with a German Daimler-Benz DB 601A water-cooled V-12. This powerplant, which was also used in the Messerschmitt Bf 109E, produced 1,085hp.

With this the Italians hoped to achieve a proper compromise, a combination of the agility of the biplane but with performance that would negate the superiority of the monoplane fighters in use against them.

The project began in early 1941 and saw an existing aircraft converted to the new engine. Obviously, switching from an air-cooled radial with its large diameter to a long, liquid-cooled, V-12 engine necessitated many changes to the aircraft. The entire front of the CR.42 DB had to be redesigned to accommodate the Daimler-Benz engine and its radiator, which was fitted in a streamlined cowling with an intake underneath for cooling. 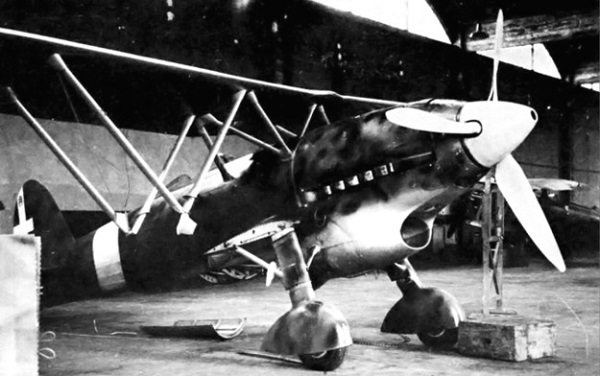 The air intake was positioned on the left side, while faired into the upper nose were two Breda-SAFAT 12.7mm heavy machine guns, which each had 400 rounds. The rest of the aircraft remained the same as the original CR.42, with a welded steel tube airframe which was skinned in aluminium alloy at the front of the aircraft and with fabric on the rear fuselage.

The -DB was slightly longer than the original -42, plus weighed 230kg (507lb) more due to its heavier engine, but the greater horsepower from the V-12 more than compensated for this.

First flight occurred in March 1941 and the aircraft achieved exactly what it was intended to do. The CR.42DB was far superior to the original model in terms of its performance, whilst retaining excellent agility. Top speed was recorded as 323 mph (520 km/h), some 56 mph (90 km/h) faster than the baseline CR.42. Additionally, climb to 5000m (16,404 ft) was achieved in 5:40, as opposed to the originals time of 7:20. Maximum ceiling was also slightly higher as well.

With these favorable results, a production order was issued for 150 CR.42DBs in April, and the biplane looked to have another stab at glory as frontline competitor. But it was not to be.

Because though the CR.42DB was a vastly better aircraft than the original model it still did not match contemporary monoplane fighter in performance. It was also obvious that this was the best that could be achieved with the design, marking the end of the line in development for the aircraft.

Whereas the newer monoplane designs obviously had plenty of potential still in them. With only a very limited supply of DB 601 engines available to Italy, the decision was made that all of these should go into the production of the Macchi MC.202 monoplane fighter. 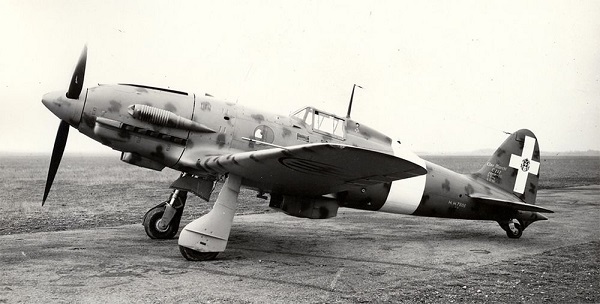 This aircraft not only could hold its own against allied fighters, but did have ample development potential, as it would demonstrate throughout the war.

Only one CR.42DB was built, and after the decision to give up the idea was made some consideration was giving to converting the aircraft into a two-seater. But that never happened, and the aircraft disappeared into obscurity.

So ended the era of the biplane as a primary fighter, with an intriguing aircraft that makes one wonder, had Italy had the engine capacity necessary, what might have been.