As I’ve have said in previous articles, the Second World War was the heyday of the torpedo bomber. And arguably the most successful of these – and I do look forward to hearing everyone else’s opinion on this – was the Grumman TBF Avenger. 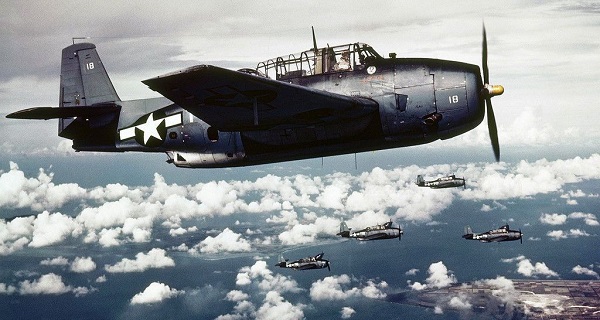 An absolute stalwart, the Avenger served throughout the heaviest fighting in the Pacific War. It was also one of the key aircraft that truly demonstrated the supremacy of the aircraft carrier over the battleship when Avengers helped sink the pinnacle of that type – the Yamato and Musashi.

Post-War, the Avenger would continue to serve, generally as an anti-submarine aircraft, into the 1960s with some operators.

But the success and long use of the type means that it is often forgotten that there was an aircraft in service that the US Navy rated as superior to the Avenger and which had been hoped could be a major type with their torpedo squadrons – possibly even a successor to the Grumman. 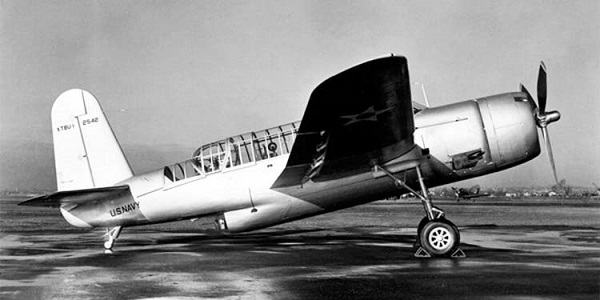 The Sea Wolf was built to the same 1939 specification as the Avenger for a new carrier-borne torpedo bomber to replace the Douglas Devastator. It was designed by Vought as their entry for the competition, and the fact that the design was originally by them and not Consolidated gives indications that the fate of the Sea Wolf was not to be a happy one.

In 1940 orders were given to Grumman and Vought for prototypes of their aircraft, but it seems that faith was placed more in Grumman as a better bet for an aircraft. Grumman promptly delivered their competitor, the future Avenger, in August 1941, but Vought didn’t get their aircraft over to the Navy’s testing unit until March 1942.

With the Japanese by this point rampaging across the Pacific and Allied forces being routed both on land and at sea, the US Navy obviously had a lot of other things on their mind. They had already pre-emptively ordered the Grumman Avenger into production, wisely as it turned out, but they still thought it worth looking into whether having another new torpedo aircraft in production would be a good idea.

Plus, the Sea Wolf had a lot going for it. 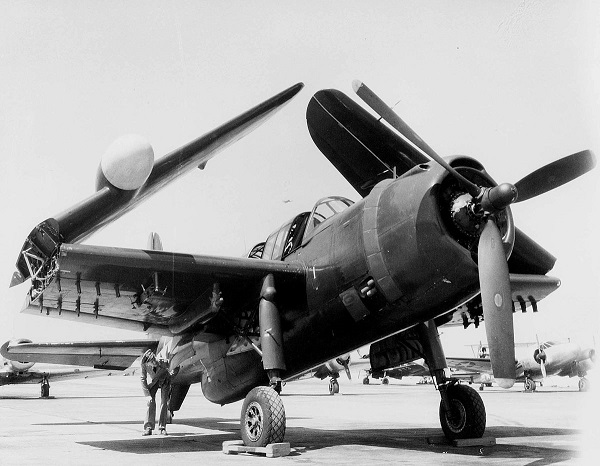 An all-metal aircraft and fitted with a Pratt & Whitney engine that produced 1,800hp, the Sea Wolf was faster than the Avenger and had a generally better performance. It also featured a novel landing apparatus to help pilots on the tricky descent onto a carrier deck.

This used a single control lever that lowered the landing gear and flaps, but also automatically set the propeller pitch and fuel mixture for landing – a great feature for any pilot trying to hit his mark on a pitching deck and who had enough to think about already.

Other than that, it was very much equivalent to the Grumman aircraft, so if testing went OK, it could be a very useful supplement to the Avenger.

During trials on a simulated arrested carrier deck landing, the prototype snagged the wire completely fine…and then the whole aircraft tore completely in two!

Obviously, the Navy were not impressed, and handed the whole thing back to Vought to sort out. Vought, to their credit, repaired and strengthened the aircraft in a month.

And then, as the aircraft rolled out of the hanger to resume its flight testing, a cadet pilot lost control of his aircraft while taxing and smashed into the prototypes tail.

Again, the Sea Wolf went back to the shop for repairs.

Obviously, this delayed things even further.

But once testing resumed, the aircraft proved promising enough that the Navy decided they wanted it. Unfortunately, by this time Vought was completely committed to building the F4U Corsair and other types and couldn’t take on anymore production.

So, the Navy asked Consolidated to build the aircraft for them. Consolidated said they could, but they needed to build a new factory to do this, and that wasn’t ready until late 1943.

Consolidated used the time to improve the design, creating the TBY-2, which would become the production variant. 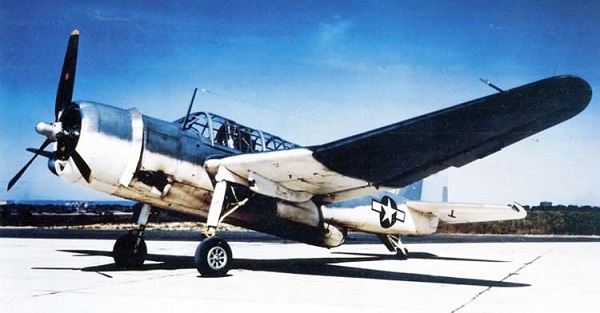 This had a Pratt & Whitney Double Wasp engine that produced 2,100hp, further improving performance, and would have a radar fitted as standard on the right wing.

Armament was also stepped up slightly. Capable of carrying the same bombload as the Avenger of 2000lbs of bombs or a torpedo, the Sea Wolf had an armament of three forward firing .50 calibre Brownings, a single .50 cal in the upper rear turret and a single .30 calibre gun ventrally mounted.

This model was also considered to have better performance than the Avenger, being faster and with better climb, range and a higher altitude ceiling.

The US Navy placed an order for 1,000, hoping to get the new torpedo bomber into service in time to play a part against Japan. But the issues in getting the aircraft ready ultimately meant that the Sea Wolf missed the boat. The first production aircraft flew on August 20, 1944, and the aircraft officially entered service with the US Navy in November of that year.

But by this point, every Naval torpedo squadron was fully equipped with the Grumman Avenger. And though the Sea Wolf was, on paper at least, a better aircraft, the Avenger was already there; it did the job perfectly well and it was thoroughly proven in the crucible of war after three years of intensive combat usage.

In contrast the Sea Wolf, as a new aircraft, still had to go through those niggles that beset practically every new service aircraft.

The first squadron to receive the aircraft was VT-97, who reequipped in April 1945. A second squadron started to receive the type, but bugs that came to light in the new Sea Wolf’s meant that it was decided it would be simpler just to stick to the Avenger at that point.

Which meant there really was no role for the Sea Wolf anymore. In September 1945 the Navy promptly slashed the order to 180, basically to just take on those on the production line. Another order for 600 of an improved variant designated the TBY-3 was completely cancelled.

The Sea Wolf’s carried on as squadron hacks for a bit or were assigned to the Naval Reserve Squadrons, but they really were completely surplus to requirements with the post-war drawdowns.

Avengers, even new production models, were also surplus and thus where much preferred as an established type. And so, by 1948, all the Sea Wolfs were removed from service and sent to the scrap yards.

This leaves the Sea Wolf as one of those “what-ifs”. 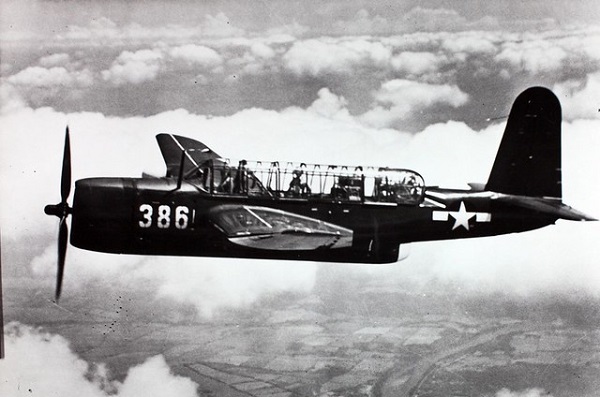 Because the fact is, though the aircraft suffered issues in its development, none of these were particularly unusual and other, perfectly successful aircraft have had more troubled creation cycles.

If things had gone a little better, if one or two of the problems encountered hadn’t occurred, maybe it would have gone on to become a mainstay of the US Navy’s carrier squadrons.

Because the Sea Wolf really does seem to have been a contender. But it was unfortunate to have a combination of bad luck and to be competing against an aircraft that has gone down in history as one of the greats – the Grumman TBF Avenger.