For China, the 1930s was not a great time, to put it mildly. Civil War between the Nationalist government and the communists saw tens of thousands die in fighting and massacres, as well as much of the country falling under the sway of warlords who carved their own fiefdoms out of the chaos.

To top it all off in 1931 the Imperial Japanese got in on the action, effectively annexing Manchuria and gradually pushing into the rest of China throughout the decade, culminating in the Second Sino-Japanese War breaking out in 1937.

For the Republic of China Air Force, the combats against the Japanese were one of heavy losses and logistical hardship. Flying initially Curtis Hawk biplanes that had been assembled in Chinese factories, and a hodgepodge of other types purchased from the United States, the Soviet Union, Britain and France, the Chinese Air Force suffered heavily at the hands of the Japanese as they fought to hold back the invasion. 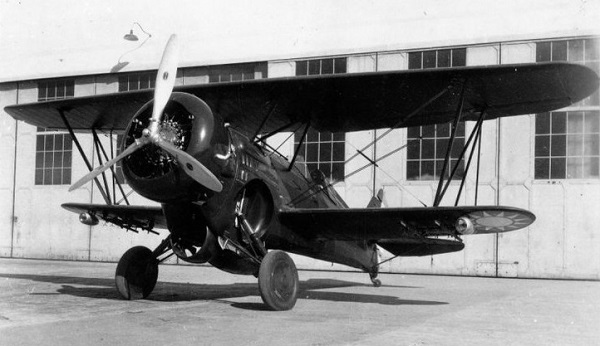 Though supplies of new aircraft did continue to reach the Chinese, largely from the Soviet Union up until 1939 and then increasingly from the United States, the heavy losses and vast Chinese theatre meant that the Nationalists never had enough aircraft to meet their needs.

The reliance on foreign imports was also obviously not ideal, and so, despite having to pick up and move their comparatively new and basic aircraft industries further west as the Japanese advanced, the Chinese began to explore building their own aircraft designs. And this has led to two rather mysterious aircraft about which very little is known – the Chu XP-series.

The first of these Chinese aircraft, the XP-0 was initiated in early 1941.

At this point, before American aid properly began to flow in large quantities with Lend Lease, the Nationalist Air Force was in dire straits. Major General Chu Chia-Jen, who was Chief of the Air Force Technical Bureau, started development of an indigenous fighter that would be heavily based on the Curtis Hawk 75 export fighter.

This aircraft had been ordered in kit form from the United States and production had been attempted, but proved too much for the young aero industry, especially with the pressures of Japanese bombing and factory relocation. However, it was the most modern design that the Chinese had experience with, so it formed the basis of the XP-0.

Lacking modern aeronautical materials, the Chinese had to institute many compromises. Instead of the Hawk’s all metal structure, the XP-0 used a mixed construction, utilizing a welded tube metal fuselage which was clad in a plywood skin. The wings too were of wooden construction.

The engine was the Pratt & Whitney Twin Wasp that produced 1,200hp, an engine that was the most powerful available in any numbers to the Chinese.

There are some issues in the information on armament. Generally, it is stated that this aircraft had a rather heavy weapon load of either two or four 20mm cannons, which it carried in underwing fairings, and a centreline bomb rack.

Now considering their experience against the Japanese, especially the need to tackle bombing raids on their cities and production centres, the powerful cannon loadout would make sense. But for early 1941, that would be an extremely powerful punch for a single-engine fighter, and certainly a massive step up from the Hawk 75.

And it is also contested by some online sources, which think it more likely the first models would have had similar weapon fits to the Hawk’s – two machine guns in the nose.

As said, the available evidence is fragmentary. But it is possible that both may be correct. Because though the design was initiated in early 1941, the first prototype didn’t fly until 1943.

So, it is conceivable that considering the development time involved, the weapon fit did evolve before that first flight.

Apparently, the aircraft handled well in the air, but its performance as a fighter by 1943 standards was low. Top speed was reported as 313mph (c.503kp/h) and XP-0 seems to have been broadly comparable to aircraft of its generation i.e., pre-war.

How well it would have stood up to prolonged flight testing is also a question because on landing the aircraft ground looped and was written off. However, the pilot survived and his debrief apparently allowed at least one more prototype to be developed.

Again, it is confused as to how many other variants of the XP-0 were built, but some Chinese online sources assert that as many as nine improved models were built through 1944-46. Certainly, the Nationalist Chinese retained an interest in building their own aircraft, but how much impetus these projects got is hard to tell.

By mid-1941 China was the recipient of Lend-Lease aid from the United States, and though it would take a while to really build up the Nationalist forces, the massive influx of modern aircraft meant the need for a home-grown fighter was vastly diminished.

Which probably explains why the second of the Chinese fighters, the XP-1 is even more mysterious. 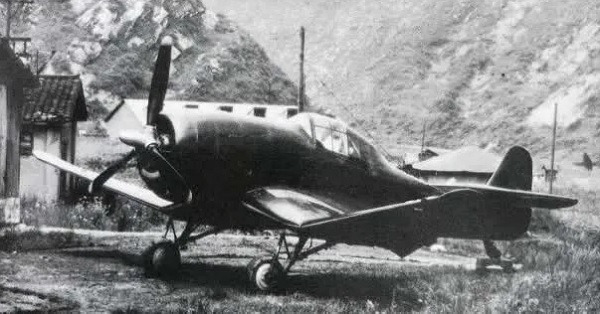 This aircraft seems to have drawn inspiration from the Vought Corsair and contemporary Japanese fighters. The XP-1 had the rear fuselage cut down, assumable to give a good all-round view for the pilot. It also had a rather peculiar wing, which was both bent and swept forward, to quite a strong degree apparently.

Completed at some point in 1944, it reportedly first flew in January 1945. 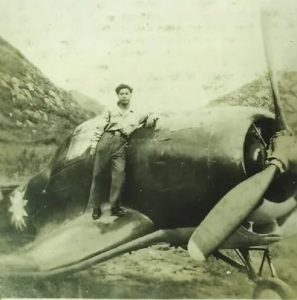 And on this first flight its engine, which was supposedly recovered from a crashed C-47, failed and the aircraft crashed. A second prototype is reported to have been under construction at the time but cancelled after this and the program scrapped.

The chaos of the Chinese Civil War seems to have destroyed most traces of the XP-fighters and all that remains of them are a few tantalizing snippets.

*ADDITIONAL: Leo at SinoRecords has contacted me, he has done some more in depth work work looking into these aircraft and correcting mistakes in the common information. You can find his articles here: