In the mid-1930s, as international tensions mounted, it was becoming apparent that there was money to be made in building fighter aircraft. As a result, all sorts of companies were exploring getting into the industry which obviously had a lot of growth potential

One of these company’s was Montreal-based Canadian Car & Foundry – CC&F for short. This company primarily built railroad equipment and rolling stock, but with plenty of resources and engineering experience on hand, they decided to have a go at getting into the fighter market.

If you’ve read my article on the Grumman FF-1, you’ll know that the first aircraft that they built was a licenced version of that, which they sold in small quantities.

One of the issues faced by CC&F with the FF-1 fighter was that they needed the permission of Grumman, and therefore by extension the government of the United States, to sell to foreign clients. This proved a major impediment to sales.

What CC&F wanted was their own design – all Canadian – that they could both impress the Canadian government with and sell abroad unhindered. In 1937 they hired a new designer to head their aircraft development and construction team.

Michael Gregor (his anglicized name) was a hugely experienced aviator and aircraft designer.

Born in Russia in 1888, Gregor had been a pioneer of Russian aviation, being one of the first pilots in the country in 1911. He had then helped found the first Russian aircraft and propeller factories, served in World War One and then came to the United States in 1921. Naturalizing as a US citizen, he had worked for a host of aviation companies, including Curtiss-Wright and Seversky, as well as building his own light aircraft for sale.

For CC&F, he seemed the perfect man – hugely knowledgeable in aircraft design and production, including setting up such facilities from scratch.

And Gregor, based on his extensive experience, knew exactly just what sort of fighter aircraft the Canadians needed.

His design, designated the FDB-1, would be of a monocoque design with a light but strong aluminium alloy skin, which would be flush riveted for maximum aerodynamic effect. It needed a retracting landing gear, again for reducing drag and improving performance. For the same reason and the engine needed a well-designed cowling. The cockpit should be enclosed and glazed, with a good view for the pilot above and behind the aircraft.

Structurally, the aircraft would need to be extremely strong, designed to endure well beyond its expected limits in G-forces. This would be especially important not just for aerial combat, but also because the new aircraft should also be capable of dive bombing.

Gregor was envisioning a very interesting concept, a modern, multirole aircraft that utilized the very latest in technology, something arguably way ahead of its time.

Oh, and it needed to be a biplane. 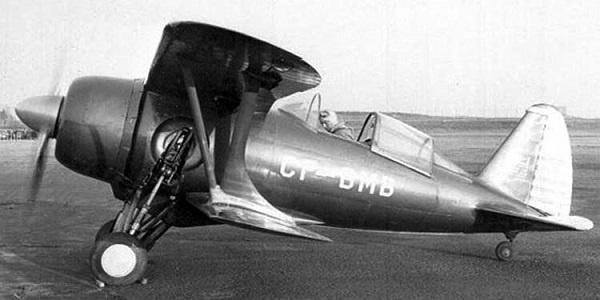 Gregor, admittedly a very experienced pilot and designer, was very much of the opinion that the new-fangled monoplanes were little more than a fad, and that the future of fighters lay in the biplane. He is reputed to have said:

“They’ll start this war with monoplanes, but they’ll finish it with biplanes.”

Sticking to this point, he built exactly that, and in a remarkably short timeframe, to his and his team’s credit. From the start of construction to the prototype flying was achieved in a rather remarkable eight months.The FDB-1 was a tight little aircraft that used all the innovations that Gregor saw as the future… combined with a gull-wing biplane configuration.

Armament was expected to be two .50 calibre heavy machine guns mounted in the fuselage and synchronized to fire through the propeller arc. Additionally, a payload of two 116lb bombs would be carried for the afore-mentioned dive bombing. 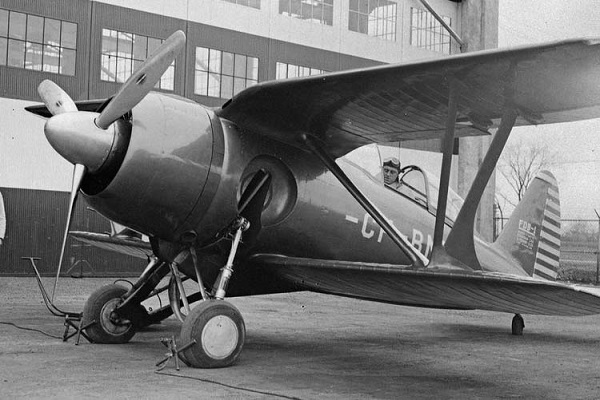 The prototype was fitted with a Pratt & Whitney R-1535 9-cylinder air-cooled radial engine which developed 700 hp. It was in this configuration that the aircraft was tested by the Royal Canadian Air Force, who reported that the aircraft had a top speed of 261 mph.

This would seem pretty good, except for two important factors.

Firstly, the prototype was unarmed, unarmoured and missing all the equipment that would be considered critical in a front-line fighter. The RCAF stated that any actual combat model would no doubt have much lower performance.

The second factor is this was all taking place in December 1938.

Now, to be fair, if Gregor had begun development in 1935, maybe even 1936, he might have been on to something. After all, the Royal Air Force had only started getting the Gloster Gladiator, a biplane fighter, into service just over a year-and-a-half before.

But that time represented a quantum leap in aeronautics.

As the FDB-1 was being tested, the Supermarine Spitfire was already entering squadron service with the RAF – and that had a top speed 100mph faster than the FDB-1!

Gregor and CC&F may – and that’s a provisional may, mind – have built a great biplane fighter. They just built it three years too late. In fact, it’s rather baffling that they actually did it at all. 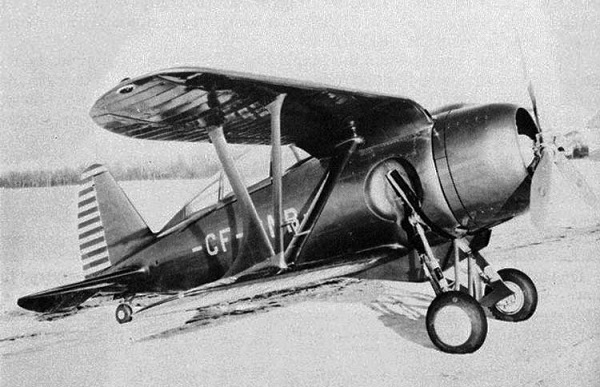 Plus, not only was it thoroughly obsolete, the FDB-1 also had some issues, with the test pilot reporting that he was “blind as hell” trying to fly the aircraft due to the wing configuration.

Of course, Gregor was nothing daunted and apparently got very excited when during a mock dogfight with RCAF Hurricanes his little biplane proved able to outmanoeuvre the modern fighter at lower altitudes.

The RCAF were not impressed, again pointing out that the Hurricane was a fully equipped fighter, the FDB-1 was not. Gregor continued to develop the aircraft and started planning to fit a Pratt & Whitney Twin Wasp engine that produced 1,200hp, but this seems to have petered out.

One suspects that the main motivator for this was that about this time – 1939 – CC&F won a contract to build Hurricanes for the RCAF and therefore really had no need for the unwanted little biplane anymore.

A final attempt to publicise the FDB-1 was made in 1940 when it was entered in the New York-Miami air race. But the aircraft lost oil pressure soon after take-off and thus had to pull out.

The Mexicans apparently considered buying the type, but that came to nothing, and the single example of the FDB-1 puttered around as a courier aircraft for a bit before being put into storage.

And that was the end of one of the most out-of-touch aircraft to have ever been built.