I’ve covered in the past quite a few light fighters. Most of these are from the jet era when the rising costs and complexities of planes led to interest in creating much cheaper and easier to build combat aircraft.

But the interest in light fighters predates the jet era, and in fact was strong enough that at least one rather unusual design actually saw combat during the early days of World War Two.

And yes, that is Renault the car company.

In 1936 the French issued a specification for a lightweight fighter that was to be of wooden construction. The intention was to have an aircraft that was quick, easy and cheap to build, and which could rapidly bring the numbers of fighters in service up. Amongst the prototypes commissioned was the Caudron C.710. 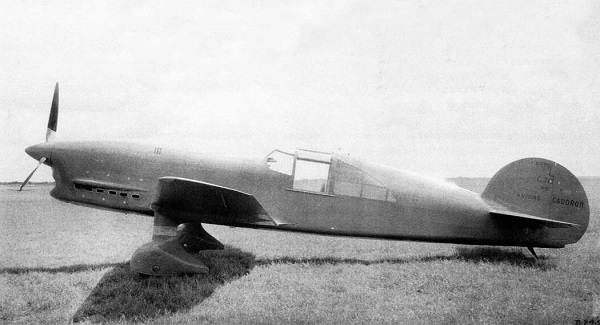 Designed by Marcel Riffard, the C.710 was based on a lightweight racing aircraft he had previously developed, a pedigree I would say that is clear to see in the aircraft’s layout.

None of the submitted designs were considered satisfactory, and the French raised the specification standards, wanting improved performance. This led to Caudron building the C.713, which featured a retractable landing gear and some other improvements.

This first flew in late 1937, but again, the French Air Force wanted more performance. The C.713 was sold to the Soviet Union and Caudron-Renault made another version, which featured a stronger fuselage and an improved wing. It also reduced the armament of the previous designs from two 20mm cannon to four 7.5mm machine guns fitted in underwing pods.

This, the C.714, underwent official testing through September to October 1938 and in late 1938 an order was placed for twenty aircraft with the option for an additional 180.

This production variant, named the Cyclone, was indeed a lightweight fighter. Fully loaded it weighed just 1750kgs (3858 lbs). By contrast, the Spitfire Mk.I, itself hardly a heavy weight, weighed in at 1,953 kg (4,306 lb) empty.

But the C.714 needed to be so light. Because as part of its specification to be easy to produce, it used one of the simplest and cheapest engines available – the Renault 12R-03. This air-cooled inverted V12 produced a maximum of 500hp. 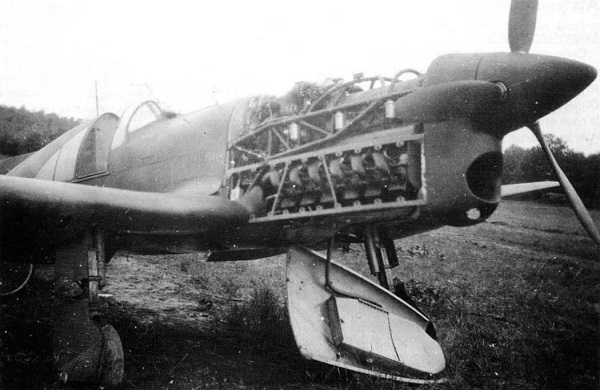 Considering that just about every other fighter designer at the time was actively considering fitting their next aircraft with engines closer to 1,500hp, the C.714 was certainly a break from the norm.

This sort of performance might have been behind the curve compared to other contemporary fighters, but that wasn’t the point of the C.714. Its performance was still better than older French fighters such as the D.500 series that were still in front line service at the time, and in desperate need of replacement. Plus in a war of attrition, as in the previous conflict with Germany, the French would have a cheap, simple and, more importantly, available fighter.

Practically the entire aircraft was built of wood (take that Mosquito) and the expected man hours to build the aircraft was about a third that of other French fighters. So though France might be fielding a lot of inferior fighters to the Germans, the emphasis would’ve have been on the lot. 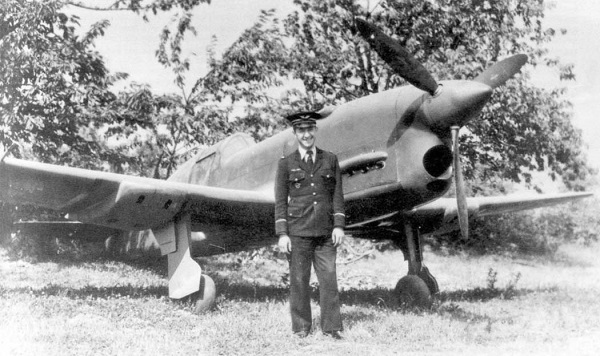 It would also give them an aircraft for supply to allies in numbers, something France had done in World War One.

At least, all of this was the theory.

In fact, production of the C.714 was slow to get going, a symptom of the malaise that was besetting France and of the labour disputes occurring throughout the nation’s aero industry. Deliveries of the aircraft didn’t start to trickle into French service until January 1940.

Here their limited climb performance and high landing speeds were not popular with pilots and in February the order was cancelled, notionally with ninety C.714s built, but it seems many were not fully completed.

To be fair, that was a similar story with most French aircraft coming off production lines at the time, but they at least were wanted. No one wanted to fly the C.714.

Can you blame them? It was basically a wooden sports plane with a four machine guns.

Anyway, the French diverted effort to more conventional designs and decided that the best thing they could do was unload their failed light fighters onto the Finns. They were locked in a vicious fight against the Soviet Union – the “Winter War” – and were desperate to get any aircraft they could.

So, the French allocated fifty C.714s and started to make preparations to dispatch them. But as the first shipment headed off, the Winter War ended and only six of the aircraft arrived to be taken into service with the Finnish Air Force.

The Finns might have been in critical need of fighters, but it seems even they looked at the C.714 and decided they weren’t that desperate. Only three of them were actually used, and the Finns evidently didn’t use them as fighters, instead flying them on reconnaissance missions. 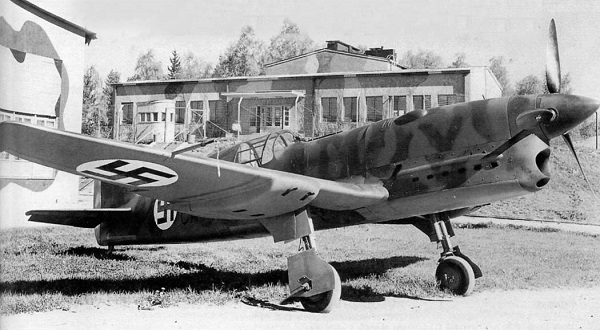 These aircraft only flew until March 1941, at which point their condition was considered so poor they were removed from service and mothballed.

Of course, this didn’t help the French situation of just what to do with these odd little aircraft, but they had already got someone else lined up to take them.

The Fall of Poland in 1939 had led to many Polish military personnel fleeing to France to continue the fight against Nazi Germany. Amongst these were 150 Polish Air Force pilots and these were to be formed into a Polish Air Group that would serve as part of French forces.

Initially the plan had been to send the Poles to Finland, where they would fly the C.714s against the Soviet Union, but the resolution of the Winter War stopped that. Now the Polish group, the Groupe de Chasse Polonais, would fly C.714s in the Battle for France.

This hadn’t been the original intention, the Group was supposed to receive M.S.406 that the Polish Government had purchased before the occupation of Poland. But with the invasion of France starting on May 10, 1940, time was up, and the Poles were issued C.714s. 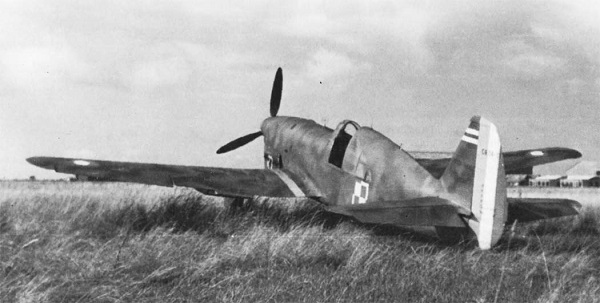 They were, needless to say, not impressed with the aircraft. On top of their dubious combat value anyway, the aircraft had multiple issues with engine reliability and other critical failures, probably due to poor workmanship. This cost the life of one Polish pilot even before the unit got into action.

Then when the Group began combat patrols with their aircraft, they swiftly reported back that the C.714 was never going to be a match for the German Bf 109, with rate of climb apparently being particularly poor. Their reports evidently got back to the French government, and a week after beginning operations the unit was told that the C.714 was to be withdrawn.

But no replacement aircraft were available, so the Poles carried on flying their little wooden fighters. And as the collapse of the French Army unfurled, they saw plenty of action. Fighting around Paris and Normandy in early June as the situation deteriorated, the Poles engaged multiple times in combat against the Luftwaffe, often heavily outnumbered.

I’ve seen multiple different accounts in various sources about the numbers of kills they achieved, and the amount of losses they took. It appears that nine were shot down in aerial combat, and another nine lost on the ground.

But they seem to have given as good as they got. Even the most pessimistic of records has them shooting down at least five German aircraft, and some as many as fifteen throughout the month of June.

The capitulation of France obviously meant the end of the C.714s combat career, and the remaining aircraft were abandoned by their pilots, several of whom went on to the UK and joined the Free Polish Squadrons forming there.

Several captured C.714s fell into the hands of the Germans and Italians and were subject to testing. The Germans were unimpressed and didn’t follow up, but the Italians seem to have been taken with the idea of the light fighter. That’s makes sense when one remembers that the Italian Air Force was in a worse state than the French had been when it came to operating old aircraft.

The Ambrosini company proceeded to develop the SAI.207 light fighter, constructed entirely of wood. This is generally regarded as a development of the company’s own pre-war work on building racing aircraft.

But the similarity to the C.714, plus the fact that the prototype of the -207 was built several months after C.714s fell into Italian hands, would suggest that the French aircraft played a part in its inspiration and design.

Regardless, with the fall of France, the C.714 was done. The only remains are reported to be a couple of partial aircraft that survived Finnish storage and are now in aviation museums.