In the mid-1930s, it occurred to the Australian government that should war break out in Europe, as seemed increasingly likely, they would find themselves in a precarious position. They relied on purchasing their military aircraft from the British, and generally in limited numbers.

This had been fine up until that point, due to Australia being so far removed from any potential aggressors. But now Japan, previously a nation that the British Empire had maintained good, even cosy relations with, was becoming far more expansionist in its aims and much more aggressive about achieving its goals.

That was a real concern to the Australians.

Should Britain find itself in a conflict with Nazi Germany, the Royal Australian Air Force – RAAF for short – could not rely on acquiring new aircraft from the British. And so, efforts began to enable Australia to be able to build its own aircraft.

The first of these was the founding of the Commonwealth Aircraft Corporation (CAC) in 1936. This concentrated initially on building up its manufacturing experience by licencing production of the North American NA-16 trainer as the Wirraway, along with its associated Pratt & Whitney Wasp engine. 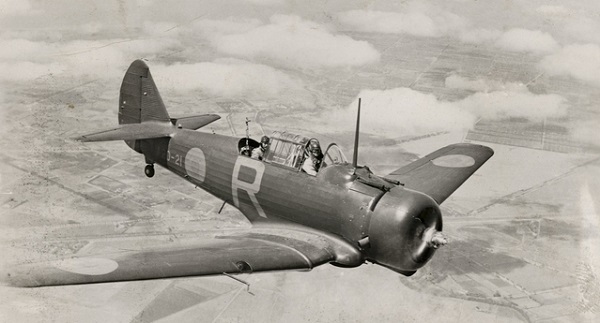 But by early 1939, war clouds weren’t just forming, they were very much on the point of breaking, and the Australian government scrambled to get new aircraft into production to reequip the RAAF. Their initial choice was to build Bristol Beaufort’s under licence at another facility, the Government Aircraft Factory. 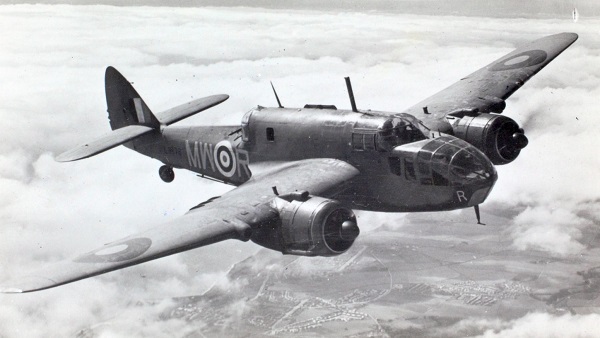 CAC weren’t particularly happy about this. Though the Beaufort was a perfectly adequate aircraft for the time, they thought they could do better. So, under the leadership of Lawrence Wackett, they set to work to develop a new aircraft that would be better suited to Australian needs.

In April of 1940 the RAAF issued Specification no.241 based on Wackett’s proposal. This called for an aircraft suitable for reconnaissance, level-and-dive bombing, as well as the ability to act as a torpedo bomber.

In June that year the Australian government, no doubt alarmed by the collapsing situation in Europe, allotted funding, and the CA-4, which carried the name of “The Wackett Bomber”, began full development. A mock-up was completed later that year, followed by the building of the prototype which first took to the air on 19th September 1941 – an impressively fast achievement. 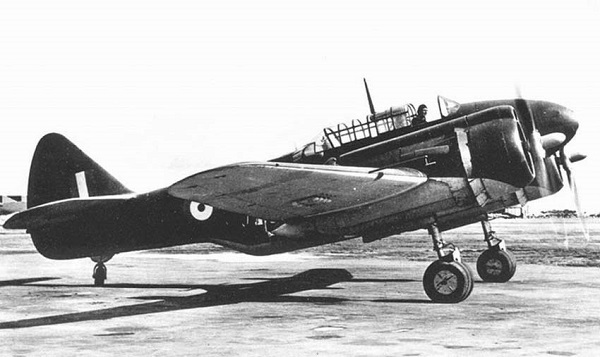 The aircraft used a mixed construction that borrowed design elements from the company’s previous Wirraway aircraft. Like that, the fuselage was composed of a welded steel tube frame with a fabric covered plywood skin.

The nose and cockpit were metal skinned, while the low-mounted wing was of stressed skin construction and, in a first for the new Australian aero industry, had the fuel tanks as an integral part of the centre section wing construction.

Powerplant was made up of two Pratt & Whitney Twin Wasp radials that produced 1,200 hp each, and the nacelles that housed them had some extremely interesting features. Firstly, they acted as internal bomb bays, capable of carrying a couple of 250lb bombs each. On top of that the rear of each nacelle also housed a remote-controlled barbette, both of which held twin .303 Browning machine guns. 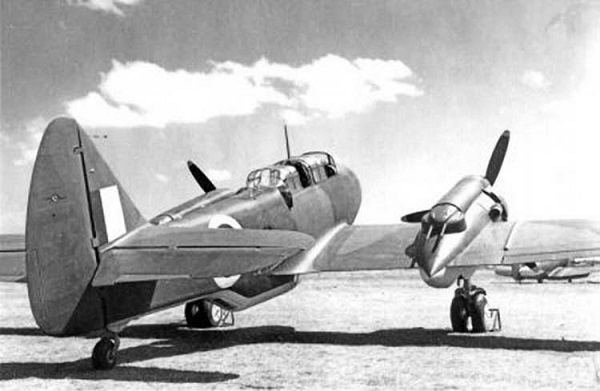 These were controlled by the wireless operator/rear gunner who sat at the back of the long, glazed canopy.

Additional intended armament was substantial, especially by the standards of the time.

The pilot would have four .303 Browning mounted in the nose in fixed positions, while the navigator/bomb aimer, who sat in the centre of the aircraft and had two large triangular windows on either side of the fuselage to assist him in his duties, was to have a single Vickers K in a ventral position to protect the rear lower portion of the aircraft.

On top of the four internal bombs, the Wackett Bomber was able to carry externally up to four 500 lb bombs or two torpedoes.

These could also be replaced by two external fuel tanks, boosting the aircrafts potential range even further: an important consideration for fighting in the Pacific.

Flight trials demonstrated that the aircraft had comparable performance to contemporary aircraft, with a maximum speed of around 280mph (450 kph). But as testing proceeded problems began to be identified.

The CA-4 had problems with overheating engines, as well as a dangerous tendency for the elevator to lose effectiveness, particularly during landing or sharp manoeuvres. This would also be accompanied by vibrations in the aircraft.

Performance on the ground was also poor, with the brakes being rather ineffective.

By this point it was December 1941 and Japan had attacked Pearl Harbor. Australia was at war with Japan and invasion was a very real possibility. RAAF pilots joined the testing regime and, throwing the aircraft around in the sort of manoeuvres expected in combat, uncovered additional issues with directional instability.

It wasn’t all bad news. Sort of.

In early 1942, whilst performing a demonstration for several VIPs, including the Australian Prime Minister, the aircraft demonstrated itself to be remarkably tough. After takeoff, the pilot discovered a fault in his landing gear, preventing the left wheel from descending.

Unable to free the stuck wheel, the pilot decided the only option was a wheels-up landing.

Here the decision by Wackett to build the engine nacelles in a low-slung fashion meant that the aircraft was able to make a comparatively simple emergency landing that resulted in only minor damage. 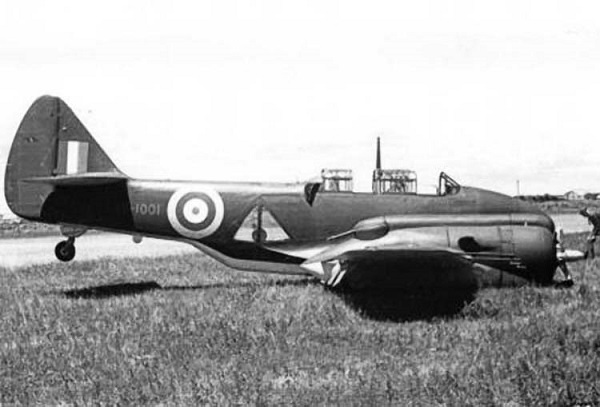 As the fuselage itself did not touch the ground, the only result was bent propellers and dented engine cowlings. 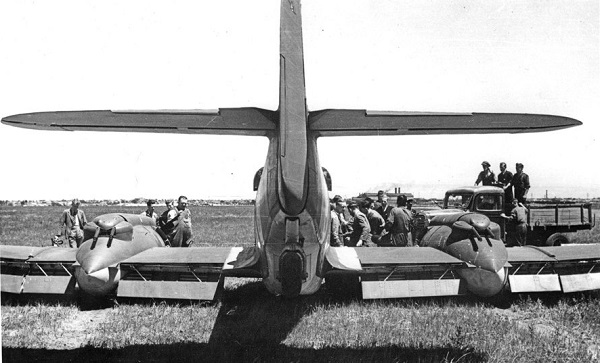 In two days, the aircraft was repaired and flying again. Naturally, Wackett said that this was a deliberate design feature.

Regardless, the aircraft was handed to the RAAF for official assessment and military trials in April, which actually occurred after an order for 105 of an improved version was placed by the government in March. This would be the CA-11 Woomera, which is the subject for my next article.

But before that aircraft could get properly into production and despite the desperate need for aircraft due to the threat from Japan, the issues with the CA-4 had to be resolved. RAAF testing threw up more issues, principally things like problems for the rear gunner in using his remote-control barbettes and in the bomb sight.

CAC planned to make the required changes in early 1943, as well as further modifications to the flight surfaces to deal with the handling issues. Once these were approved, they could be included into the CA-11 design and full production started.

Unfortunately, this was never to be. The novel fuel tank set up, which saw the wings act as the tanks, had proven problematic. Subject to leaks, which often saw fuel run out and accumulate in the tail, they had never been satisfactory.

And this, in turn, led to disaster.

On January 15, 1943, during a normal flight as part of tests on new fixed slats to resolve some of the stall issues, Squadron Leader James Harper, who was flying the aircraft, reported a fuel leak in his port engine. He shut down the engine and attempted to feather the propellor.

Unfortunately, this seems to have sparked a catastrophic explosion.

Harper was apparently blown from the aircraft and managed to parachute to safety, but the two other crew aboard, CAC test pilot James Carter and engineer Lionel Dudgeon, were killed.

Thus was lost the only CA-4, a remarkable achievement for the infant Australian aero industry.

READERS OF THIS ARTICLE CAN GET A THREE-MONTH SUBSCRIPTION TO AUDIBLE FOR 99P IF THEY SIGN UP BEFORE 30TH NOVEMBER 2021.