The Beardmore W.B.XXVI – When You Build Everything Else, You Might as Well Build a Fighter!

Today many of us are familiar with the names of the big British aircraft manufacturers of the First World War. But they tend to overshadow other companies that also built aircraft during the War and in the period after.

A classic example of this is William Beardmore & Company who, unless you are familiar with the industrial history of the city of Glasgow, you’ve probably have never heard of. But they were a major industrial concern, involved in ship building, heavy engineering and an early producer of aircraft and aero engines. 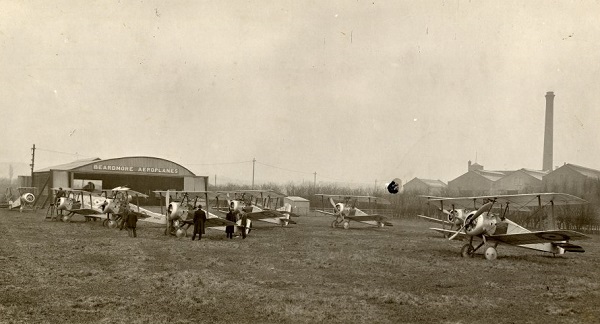 Generally, this was the licensed production of other companies designs but they did also create their own aircraft, such as the Beardmore W.B.III. 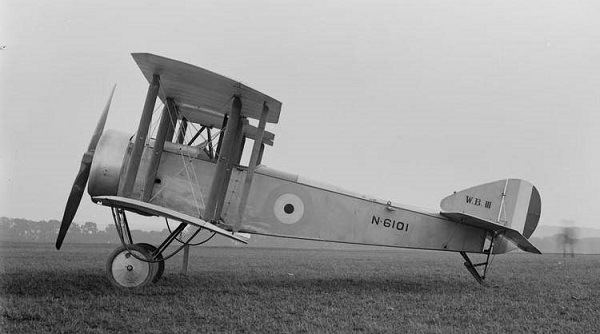 This was an evolution of the Sopwith Pup, which Beardmore built under licence, but is arguably the first proper carrier fighter, with one hundred built.

Beardmore made a few attempts to gain orders for their own designs while making others under contract, but the finish of the First World War, somewhat ironically, gave them their best chance. Many of the dedicated aircraft builders struggled in the immediate post-war period with the lack of need for their products. After all, there was an absolute mass of surplus aircraft now available, and for companies heavily invested in aircraft production things got very tough financially. The famous Sopwith company, for example, went bust in 1920.

But for a concern like Beardmore, with a much more diversified production portfolio, aircraft were just a part of their business. And while the market for new aircraft was much diminished, it was still there. So, in 1924 a proper aeronautic division of the company was established.

Beardmore recruited a new head designer, Bill Shackleton, and obtained a licence to build metal stressed skin designs from the Rohrbach company. In addition to this, Beardmore realized that if they wanted to be successful with their new endeavours, they would need to pursue export sales for their aircraft. And it was the company’s other industries that gave them their sale’s opportunity.

The same year as they decided to get into aircraft manufacture in their own right, William Beardmore received an order for a new icebreaker from the recently independent country of Latvia, and it seems that during the negotiations on this that the company proposed building a new aircraft for the emerging Latvian air force. The Latvians agreed and so was created the Beardmore W.B.XXVI.

This was a two-seat, single engine biplane and though it appeared largely conventional, in fact it incorporated some interesting innovations for the time.

The fuselage was of a hexagonal shape and built of a spruce framework skinned in plywood, while the engine compartment was steel and carefully streamlined. The same construction method was also used to build the wings, the upper one of which housed the fuel tanks.

This set up allowed the pilot and the observer to be located right next to each other, something considered extremely useful for tactical purposes.

Though a biplane, Shackleton also sought to minimise the aircraft’s drag by employing a single inter wing strut which bifurcated at the ends. These struts were made of aluminium alloy, something of an innovation at the time, and were supported by a compression strut on each side which was built of steel tubing and clad in duralumin fairings. 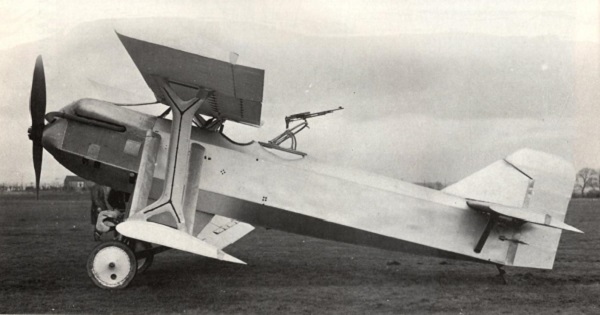 This design greatly reduced the W.B. XXVI’s drag in comparison to other aircraft of the time because it removed the need for the tangle of bracing wires that were generally used. In turn this also made maintenance much simpler.

Another innovative feature on the W.B.XXVI was its landing gear, which was specially patented by the company. This was of all-metal construction, with the shock absorption being performed by coil springs. 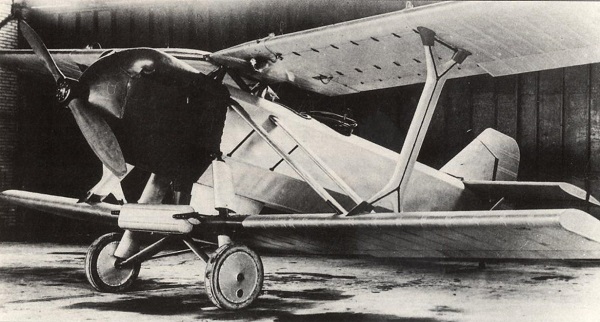 And Beardmore had other products of theirs that they hoped to sell with the aircraft. Practically all two-seaters of the time – and not just British ones, but pretty much everyone else– used forward-firing Vickers machine guns for the pilot and Lewis guns for the rear observer.

But William Beardmore had also began production of an innovative new machine gun – the Beardmore Farquhar – and it was with this weapon that the new fighter was armed.

If you are interested in firearm history (and I know many of you are) this machine gun had been invented by Col. Farquhar, who also co-created the Farquhar-Hill automatic rifle of World War One.

The Beardmore Farquhar was extremely light for a weapon in its class (always a bonus for aircraft armament) plus it was offered in both various rifle calibres and in the Vickers .50-calibre heavy machine gun cartridge. And as William Beardmore now manufactured this gun, they thought they might as well make it the standard weapon on their new fighter, with two forward firing through the propeller arc and another one or two on a flexible mounting for the observer.

This seems a little unusual, as the Beardmore Farquhar was fed from a drum magazine that theoretically held 81 rounds but in reality only managed 77. This would be fine for the observer, who also enjoyed excellent mobility with his gun and for whom the only blind spot was directly beneath the fuselage. But for the pilot it would have been hardly ideal, though he apparently could change the magazines on his weapons and there were several handily store for him to do so.

All these new features meant that by the time the W.B.XXVI was making its first flights in 1925, it was already subject to an amount of adulation in the British aviation press. So, it was a shame that it proved to be something of a dog.

The primary problem was the engine, a Rolls Royce Eagle. This produced 360hp but was by that point a very dated design and the W.B.XXVI suffered for it. It also seems that originally Shackleton had hoped to fit the more modern-and-powerful Bristol Jupiter radial, but for some reason – probably costs – the Eagle was used and this likely explains the use of a Lamblin radiator which was located on the lower wings leading edge beneath the engine and kind of looks like an afterthought. It certainly didn’t do its job of cooling the engine very well, which showed a tendency to overheat.

In spite of this, the W.B.XXVI was reported to have good handling at low level and to be a good aerobatic performer, with a top recorded speed of 145mph (233km/h) – though I have suspicions about that – and all this meant it qualified for its air certification as safe to fly. However, the test pilots recognized that the aircraft was woefully underpowered for a fighter and later admitted that they cleared it for flight because it was destined for export and wouldn’t be used by the Royal Air Force.

Despite their new air force only recently being formed, the Latvians were of the same opinion and only conducted three flights of the aircraft before rejecting it. Beardmore offered to reengine the aircraft with a more modern and powerful Napier Lion, which would have produced closer to 500hp. 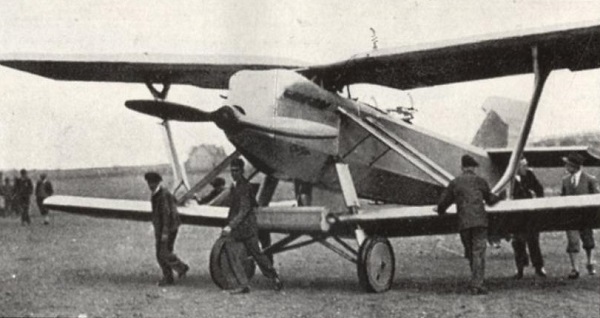 But the Latvians baulked at the substantial cost of this and turned down the W.B.XXVI completely. It apparently remained sitting on an airfield for several years, before being retrieved by William Beardmore and subsequently scrapped.

And that is the history of the W.B.XXVI; an aircraft doomed from – as far as I can tell – cost cutting.