The attack helicopter equipped with anti-tank guided weapons is one of the greatest threats on the modern battlefield to conventional armoured forces. While the earliest examples were not exactly the most efficient, they laid the groundwork.

And then, in 1972, the US Army deployed two NUH-1B Huey’s for combat in Vietnam. These two helicopters were fitted with the experimental XM26 weapon system that consisted of two pods containing three TOW missiles each. 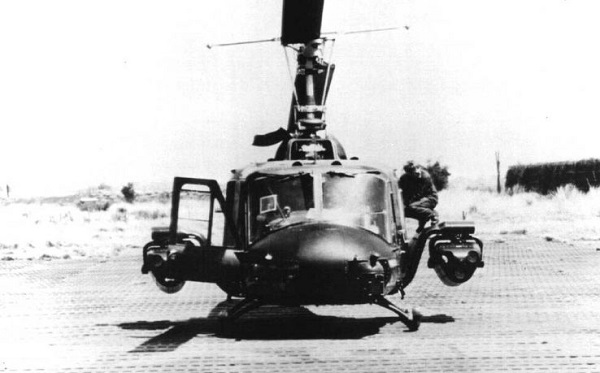 Flying into action against North Vietnamese forces engaged in the Easter Offensive, the two Huey’s engaged multiple targets, and proved so successful that they were retained in theatre until early-1973. In that time, they destroyed over one hundred hostile targets and proved invaluable for providing critical and fast responding anti-armour support.

In fact, I’m inclined to agree with something I saw “The Chieftain” say on one of his videos, basically that the tank destroyer didn’t go away, they became airborne.

With the concept proven and with both NATO’s and the Warsaw Pact’s primary military focus being on conventional war in Europe, the rapid development of helicopters equipped for anti-tank warfare became a standard feature in the respective militaries.

In the West, this ranged from the Huey Cobra to the little Gazelle. 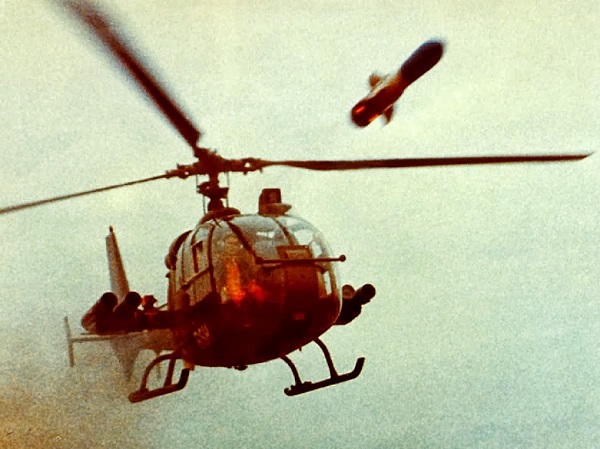 This latter aircraft would further demonstrate how lethal and dangerous the combination of helicopter and long-range anti-tank missile could be. In 1982, the Israeli’s, acknowledged at the time as masters of armoured warfare, suffered losses in tank and other armoured vehicles to Syrian Gazelle’s equipped with modern French HOT missiles during their invasion of Lebanon.

The Syrian demonstration, using a comparatively simple and inexpensive anti-tank helicopter was bad enough, but by that point in the early-80’s, anti-tank helicopters were becoming the thing of nightmare for tank officers and military planners. The US Army had already deployed versions of the Cobra in a dedicated anti-armour role but was then building the new AH-64 Apache, which would enter service in 1986. 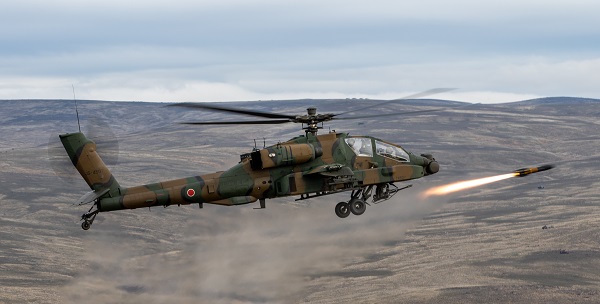 This aircraft was a true tank killer, with a single aircraft capable of ripping the heart out of a tank battalion with its use of long-ranged, fire-and-forget Hellfire missiles.

And naturally, the Soviets were not standing still either. They had deployed versions of their Mi-8 transport and Mi-24 assault helicopters with anti-tank missiles and in the early-80’s had begun development of two new dedicated attack helicopters that would fit the latest in anti-tank missiles; the Ka-50, a unique coaxial rotor attack aircraft, and the Mi-28, NATO codenamed “Havoc”, which was broadly comparable to the Apache.

When the rumours of these new designs reached the West, naturally there was great concern about the level of threat they represented to NATO ground forces. This sparked a host of different research projects looking at how to defend ground forces from attack helicopters, including one for a rather odd aircraft concept that started to be contemplated in 1985. 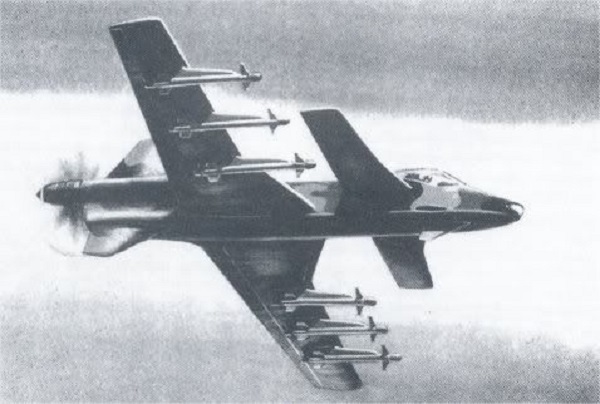 This sought to design a new low-level attack aircraft that could outmanoeuvre conventional fighters, provide close-air support to ground forces and, as a primary role, hunt enemy attack helicopters.  Because of this it was given the nickname of “Havoc Killer”.

The SABA was to be able to operate in all weathers, day and night, have a rough field take-off and landing capability, good loiter time in target area and a high-subsonic maximum speed. Multiple configurations were examined, including more conventional designs such as the P.1234 that used a turbofan engine, but in terms of artwork the most depicted design was the P.1233. 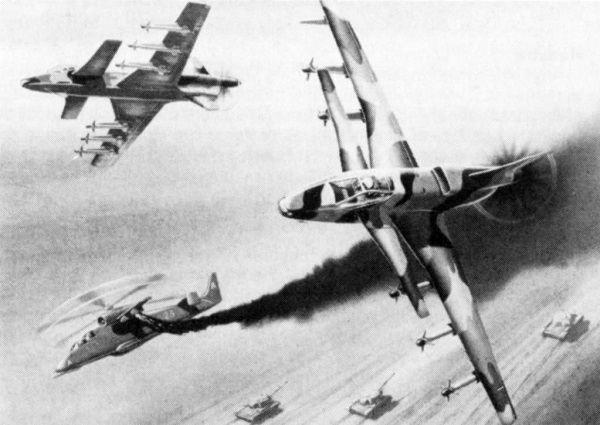 This was shown as having had a canard layout with the main wing swept slightly forward and a propfan pusher propeller system powered by a modified T-55 engine. This, which would have had a reduced infra-red signature in comparison to a jet, would have had the exhaust further cooled by a dorsal air intake.

Because the SABA was expected to wreak Havoc on the Havoc’s it was planned for the aircraft to carry a heavy air-to-air armament of six ASRAAM heat-seeking missiles that were then under development. This was to be backed up by a 25mm cannon, plus an infra-red seeker and a laser designator carried in the aircraft’s nose. No doubt this was intended to allow the carriage of air-ground precision weapons such as Hellfire or Brimstone. 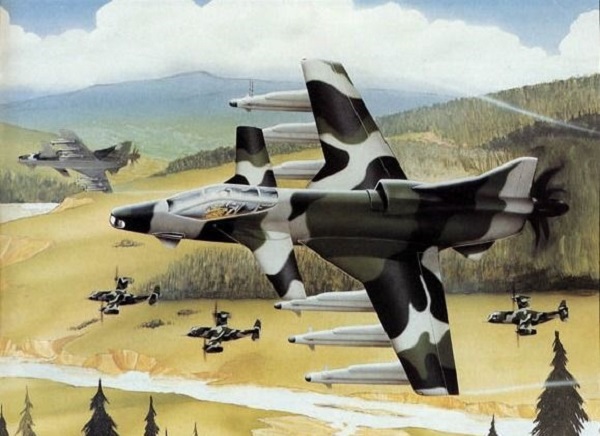 To engage targets like helicopters and be able to survive over the battlefield, SABA would also need to be phenomenally agile. The designers stated that the P.1233 would be able to turn 180° in 5 seconds and in a radius of just 150m, while its tiny size, with a wingspan of just 11m (36 feet) would make it hard for fighters to acquire and engage.

To be honest, that seem optimistic, especially in an air defence environment that a NATO/ Warsaw Pact conflict in the late 1980s would have represented.

The SABA was apparently pitched to the US Army in 1987, who it was reported was very interested in the idea. But considering the agreement between the US Army and US Air Force preventing the operation of fixed wing aircraft by the Army, plus the afore mentioned unlikeliness of the aircraft’s survivability, I suspect this at best was a bit a stunt to irritate the USAF.

But that is speculation, as ultimately was the SABA.

The concept stayed around until the end of the Cold War, being updated to include ideas like vertically launched missile pods, but eventually never came to anything but some interesting artwork. 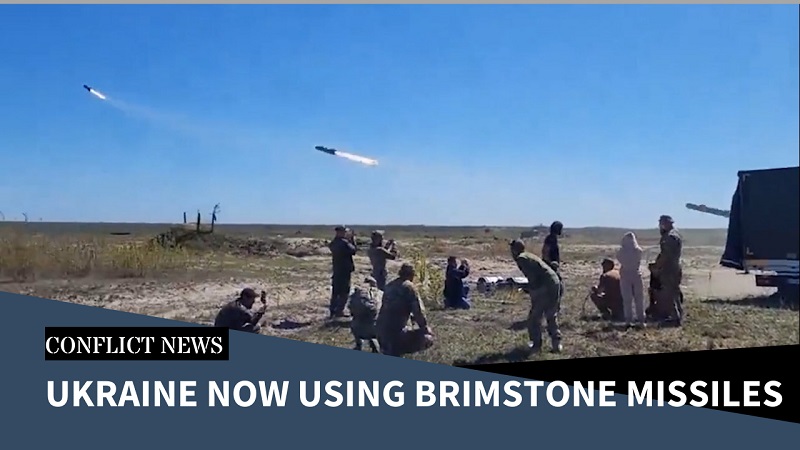 A couple of weeks ago the British government stated that in addition to the other equipment they had supplied to the Ukrainians they were also adding Brimstone missiles to the list.   And now footage has emerged of this weapon apparently being used by Ukrainian... 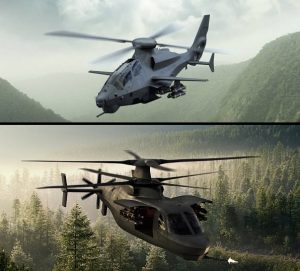 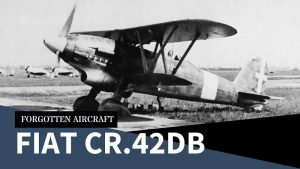 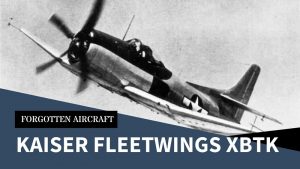 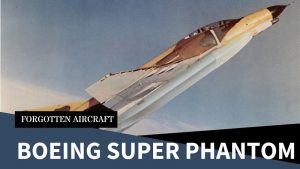 The Boeing Super Phantom; Making a Legend Even Greater

The Boeing Super Phantom; Making a Legend Even Greater