The Messerschmitt Bf 109 is one the great fighter aircraft of World War Two, the backbone of the Luftwaffe’s fighter force. Along with its great rival, the Spitfire, it was one of the few aircraft that fought from the very beginning of the conflict in 1939 until the end in 1945. 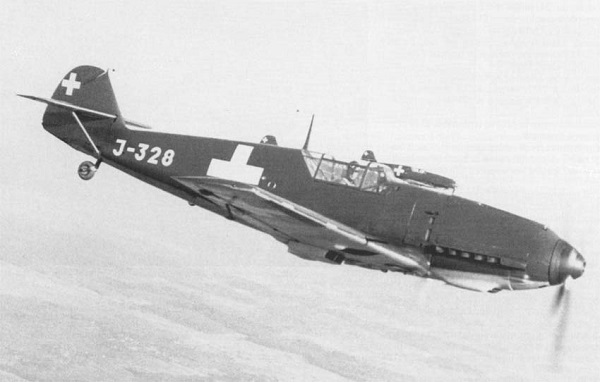 Renowned for its slim fuselage, which was quite a contrast to the beefy and radial engined FW 190 that was its counterpart in Luftwaffe service, the Messerschmitt remains one of the most iconic of the inline piston engine fighters.

But what you might not know is that the Germans actually did trial the Bf 109 with a bulky radial engine. An American radial engine.

In the summer of 1938, Messerschmitt received an order to convert a single Bf 109 to test out this idea. The reasons for doing this are unclear, and a number of theories have been put forward.

Some sources states that in the light of the aircraft’s success at the Zurich air show in 1937, where the then-new Messerschmitt had wowed the audience, it was thought prudent to offer a variant for export that used a radial engine.

After all, many nations did use this type of powerplant, as it was generally regarded as cheaper and easier to maintain than the increasingly complicated water-cooled inline engines such as the Daimler-Benz DB601 then used by the Bf 109.

This would also mean that export orders wouldn’t compete with the Luftwaffe’s requirements for this powerplant. Indeed, it is entirely likely the reason for testing the concept of a radial engine in the Messerschmitt may have been for future ease of production.

At the beginning of 1938, the Germany Air Ministry were considering whether a powerful radial engine for future German fighter planes, including the Bf 109, might not be cheaper and faster to build than using in-line engines. Radial engines were roughly a third less in weight, material costs and man hours for production than a liquid-cooled engine of the same power. The crankshaft and the engine housings for radial engine were also considerably less complicated to produce.

These would all be key factors in the expected upcoming war.

Indeed, the afore mentioned Focke Wulf FW 190 was ordered for development in the spring of 1938, and it is notable that Messerschmitt received the conversion order shortly after this. This in turn has led to the theory that the reason was therefore to give the Luftwaffe some initial experience in the operational use of radial fighters before the FW 190 came into service.

To be honest, all these reasons seem pretty solid, and it is entirely likely that all of them were factors. And so V21 – the 21st Bf 109 built – was fitted with a radial engine to test out how the Messerschmitt would handle with this powerplant.

Unfortunately, Germany didn’t actually have a suitable engine in production at the time. So Bf 109 V21 was fitted with an American Pratt & Whitney Twin Wasp.

The source of this engine is a little mysterious, but it was probably originally intended for one of the Ju 90 airliners that had been ordered by South African Airways. These weren’t delivered because of the mounting tensions in Europe, and so their engines were available. 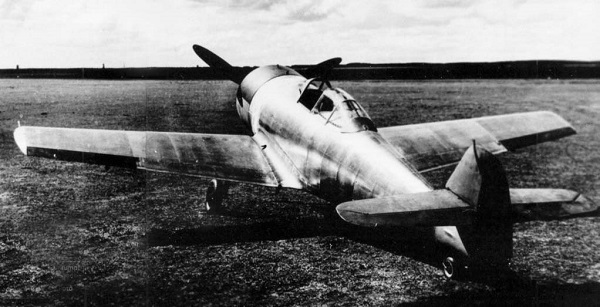 Along with the change of engine, V21 also received a new canopy similar to that on the FW 190 and changes to the wing. All in all, this gave V21 a very interesting look – somewhat similar to Japanese fighters of the era.

Testing of the aircraft occurred in the summer of 1939 and it was, according to the limited information available, pretty successful. The pilots reported that V21 had a few issues, but performance and handling was at least comparable to the then current Bf 109E fighter in service. 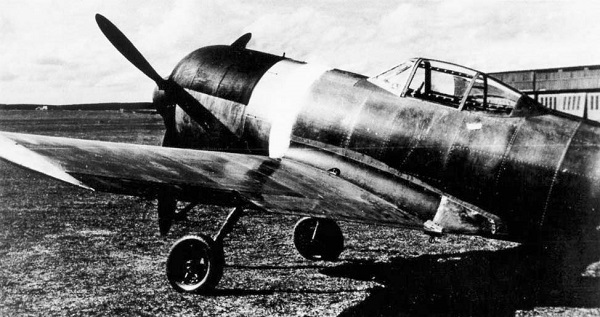 These trials seem to have caused enough interest that in June 1940 it was thought worthwhile to build an updated version of a radial powered Messerschmitt – the Bf 109X.

This took a Bf 109F aircraft and fitted it with a BMW 801 radial, the same engine then being produced for the new FW 190s. And, unfortunately, this is apparently the only known photograph of the Bf 109X: 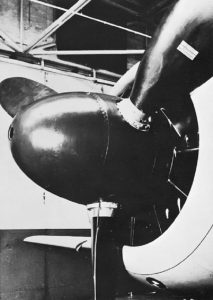 Testing took place throughout the end of 1940 and the first six months of 1941 and the -109X, like its predecessor, apparently flew very well. It was reported as having some advantages over the -109F model, though again there were some issues, principally excessive oil loss and with air flow disruption on the rudder from the new engine cowling, but nothing that couldn’t be resolved if needed.

But the truth is, it wasn’t. At that point in the war Germany was doing pretty well, and fighter production was ticking along nicely. Of course, this was before the invasion of the Soviet Union and the catastrophic losses that were about to be inflicted on Germany over the next four years of war.

No one knows what occurred to them, the last mentions in documents appear in 1942, but it seems likely they would have been scrapped as more urgent operational issues came up.

And so went the radial Messerschmitt’s, two interesting anomalies practically lost to history.