The Italian Air Force in the early part of the Second World War suffers from a somewhat unfortunate reputation. Though the Italians did field some remarkably good fighters as the war progressed, at their entry into the conflict in 1940 much of their front-line strength was still made up of biplanes such as the CR.32 and -42.

Their modern fighters of the time, such as the Fiat G.50 and Macchi MC.200, were somewhat lacklustre performers in comparison to the best that the opposition could offer. And so, Italian fighter aircraft of 1940 are quite often overlooked and lose out historically to their contemporaries from other countries.

But the thing is, though their planes may not have been stellar performers, Italian aero designers were. In the 1930s Italy had been a world leader in cutting edge aeronautics, producing some remarkable experimental and record-breaking aircraft.

They just had problems translating that into service aircraft.

And perhaps nothing better demonstrates this than this aircraft:

Because even before the Royal Italian Air Force introduced their last biplane fighter, the CR 42, into service, this extremely advanced fighter had flown in prototype form.

The SS.4 was designed by Sergio Stefanutti and was the culmination of previous experimental aircraft designs – nicknamed “ducks” – that he had developed during the 1930s. But while those aircraft had been small and low powered affairs, the SS.4 was intended to be arguably the most advanced fighter aircraft in the world.

A single-seater of all-metal construction, the SS.4 was of a canard configuration that saw the main wing located at the rear of the fuselage, while smaller foreplanes were mounted at the nose. 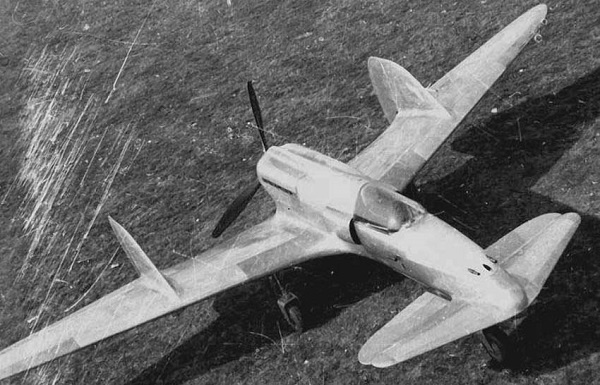 The engine – an Asso XI R.C.40 liquid-cooled V-12 that produced 960hp – was mounted in a pusher configuration at the back of the aircraft. The SS.4 did not have a conventional tail, instead being fitted with two vertical fins midway along the main wing.

Additionally, the cockpit was glazed, and the tricycle undercarriage was fully retracting.

Again, for comparison, the CR 42 – which was just about to enter service – was an open cockpit, fixed undercarriage biplane.

And another major advance that the aircraft had over its contemporaries – including those of other nations, not just Italian designs – was in its armament. This was intended to be two 20mm and a single 30mm cannon.

We are talking early 1939 here – the war hadn’t started yet.

It would be several years of hard fighting before most other countries started fitting that sort of firepower on their aircraft. And because the SS.4 was a pusher-engine design, all of that was concentrated in the nose.

On the 7th of March, 1939, the prototype SS.4 flew for the first time. The test pilot, Ambrogio Colombo, reported that visibility forward and to the sides was very good, though very restricted to the rear. He would also go on to achieve a top speed of 355mph (570kph) in the aircraft.

This was higher than most fighters of the day, though it must be remembered that this was in a prototype unencumbered with weapons and all the paraphernalia that goes into a military aircraft. Regardless, it was impressive, especially on a first flight. 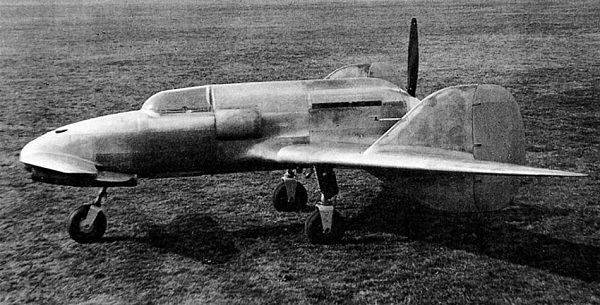 Colombo pushed to take SS.4 up again the next day for more testing and, granted permission, performed another test.

Forty-five minutes into the flight, an aileron failed.

This started a critical oscillation in the aircraft, and Colombo tried to land the SS.4. Unable to reach the runway, he hit a tree and was killed.

The SS.4 was destroyed, and an investigation concluded that the cause had been faulty workmanship. However, questions were also raised on the viability of the SS.4 and on the whole design premise.

Despite its potential, the Ambrosini canard fighters were reduced in importance, with the decision made to build a simpler wooden version as a second prototype. But with the outbreak of war a few months later, Italy’s priorities shifted rapidly to building and improving on existing aircraft, and all work was finally cancelled in 1942.

And so ended the Italian canard fighters, a classic aeronautic story of brilliant innovation that couldn’t quite translate into real-world use.