When it comes to discussing icons of British style, the list has some world changing examples. In manufacturing, this trend continues. Few haven’t heard of Rolls Royce, Saville Row suits and Scotch Whisky.

In aircraft, probably the most famous is the Supermarine Spitfire. Renowned for its grace, agility and formidable combat abilities, this aircraft was, and still is, considered a truly elegant example of aeronautic beauty by many.

But in the case of Supermarine, it is very much a situation of a swan springing from an ugly duckling. I mean, just look at one of the first aircraft the company built. 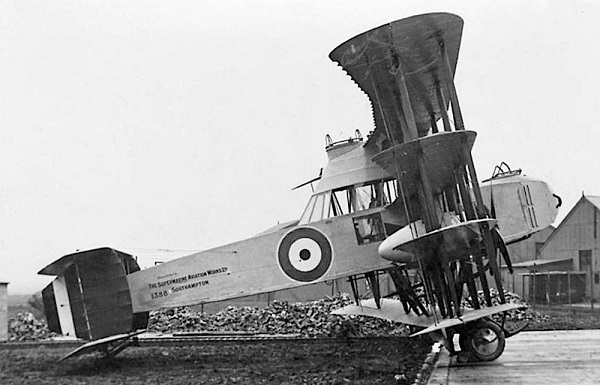 (What is with aircraft designers and the name “Nighthawk”? Is it some in-joke between them?)

The Supermarine Nighthawk was created in response to the threat of attack on British cities and towns by German Zeppelins. The first of these occurred in January 1915 and the Royal Flying Corps seemed largely unable to stop them with the primitive aircraft they then had at their disposal.

The authorities thought that the raids represented a major threat to the morale of the British public who, after all, hadn’t faced the prospect of actual attack by a foreign power since the Napoleonic Wars.

So up stepped Noel Pemberton Billing, an entrepreneur who had founded a new aircraft company bearing his name in 1913 and located in Southampton. Recognising that existing aircraft took too long to reach altitude to intercept Zeppelins, and then had insufficient armament to do anything about it if they did, Pemberton-Billing proposed a new solution.

Their aircraft would be a multi-crew, multi engine affair that would be massively armed and capable of loitering at altitude for a very long period.

The initial design was the P.B. 29E “Battle Plane”, which first flew on the 1st of January 1916, and crashed later that year.

But it was considered promising enough that a more advanced prototype for a potential “anti-Zeppelin” fighter was authorised. This aircraft was model designated as the P.B.31E but was more commonly known by its company name – the Supermarine Nighthawk.

Pemberton Billing had by this point been elected as a Member of Parliament and, too busy now to be involved in corporate affairs (an idea that seems to have fallen out of fashion nowadays), he sold his shares in his aero company.

The new owner, Herbert Scott-Paine, both continued developing the new aircraft and renamed the company officially as the Supermarine Aviation Company Ltd. And amongst the designers that Scott-Paine set to work on the Nighthawk was a young Reginald Mitchell.

Yes, the Nighthawk was the designer of the Spitfire’s first aircraft project.

The P.B.31E was completed in November 1916 and handed over for trials. Though it looks utterly bizarre to modern eyes, the aircraft had many very advanced features.

The Nighthawk had a multiplane wing layout. That is, it had a quadruplane main wing and a biplane tail. The tail in turn featured two rudders.

The aircraft was powered by two Anzani 10-cylinder radial, each producing 100hp. However, and in a first for an aircraft, the Nighthawk also had an auxiliary power unit, an ABC generator that produced 5hp. This powered a trainable spotlight that was mounted in the nose, which was envisaged as being necessary for hunting Zeppelins in the night-time when they were on their bombing missions. 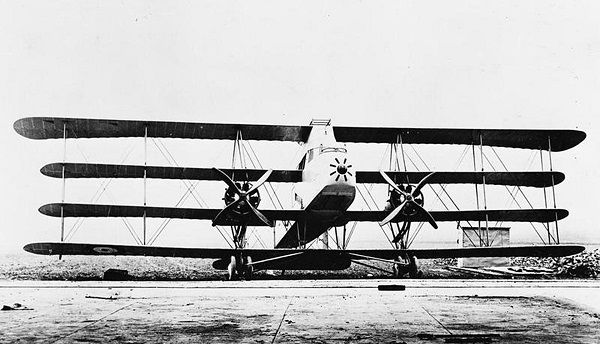 The auxiliary unit also powered the heating for the cockpit, which was, in rather novel fashion for the time, fully glazed. But the crew needed this luxury because of the performance capabilities of the Nighthawk. The aircraft was intended to get up to altitude and patrol for long periods of time.

As in up to eighteen hours!

To do this the Nighthawk carried a tonne of fuel – literally. Maximum fuel capacity was reportedly to be 2,240lbs (1,016kgs) and for maximum loiter the aircraft would only be flying at 35mph.

Hence the need for all the wings – they would provide huge amounts of lift to the aircraft as it drifted around looking for a target at minimal speed.

The long patrol times also meant that the crew numbers were variable – and to be honest somewhat uncertain. Notionally it had a three-man crew, but as many as five are thought to have been the intended number. Relief pilots would sit between the cockpit and forward gun position. In fact, one source I read said that the intention was for there to be a sofa installed in this area for resting crew, but this doesn’t seem to have been fitted.

The open nose position held both the afore mentioned spotlight and a Lewis light machine gun fitted on a Scarff ring mounting. But the main gunnery position was located on the very top of the aircraft in what almost looks like a tower position that ended at the top wing. This held another Lewis gun as a secondary weapon, but the main fire power was provided by a Davis gun. 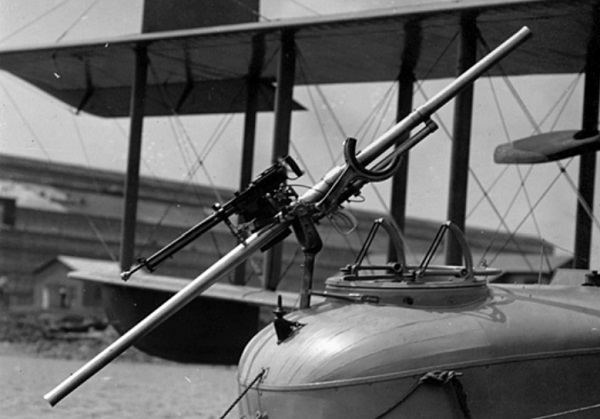 This was a 37mm recoilless gun that fired a one-and-a-half-pound projectile.

The engagement process was envisaged thus. The Nighthawk would get up to altitude in its patrol zone and cruise around – potentially all night and even well into the day. In fact, Zeppelin raids tended to favour the long winter nights to cover their approach and escape; hardly surprising considering their sedate speed and huge profile.

If a Zeppelin was detected or reported attempting a night attack, the intention was for the Nighthawk to use its forward mounted searchlight to locate the enemy. This was flexible to an extent and that allowed the operator to move it around to acquire the target.

Once locked on, the pilot would manoeuvre into position to allow the gunners to engage, principally the main one located in the top position with his Davis gun. That should have knocked quite satisfactory holes in any airship unfortunate to get within range.

So, there we have it – an aircraft with long loiter capability, independent acquisition and targeting apparatus and substantial firepower for dealing with intruding heavy bomber aircraft – a requirement that would continue to reoccur and would ultimately lead to the creation of the dedicated interceptor.

But despite ticking a lot of boxes that would be important for many later aircraft, in fact the Supermarine Nighthawk missed the boat. By the time it first flew in February 1917, the new single-seat fighters coming into service were demonstrating adequate performance for interceptions, plus enhanced firepower.

Improved incendiary, explosive and tracer ammunition for the .303 machine guns fitted as standard on these aircraft was capable of setting light to both Zeppelin and the Gotha bombers that were now bombing British towns and cities. This removed the perceived need for a specialist interceptor.

Plus, there were doubts on the actual ability of the Nighthawk to perform this one function anyway. In testing, the aircraft demonstrated an absolute top speed of only 60mph, a speed that a Zeppelin could match in the right conditions. It also took the aircraft an hour to get to an altitude of 10,000 feet (just over 3,000m).

Additionally, the Anzani engine would prove unreliable, though it isn’t known if this was considered at the time as part of the decision concerning the Nighthawk, because the aircraft was scrapped on March 3, 1917, with probably less than a month of flight testing.

Thus ended the Nighthawk, as far as I’m aware the world’s first dedicated night interceptor. All that remains of the aircraft is a solitary propeller that hangs in Solent Sky aviation museum in Southampton, England.