In the years following the First World War, air warfare theorists argued long and loud about the importance of their new field. In 1921, Italian General Guilio Douhet published The Command of the Air, a hugely influential work that laid out the premise of the importance that strategic bombing would have on future warfare. 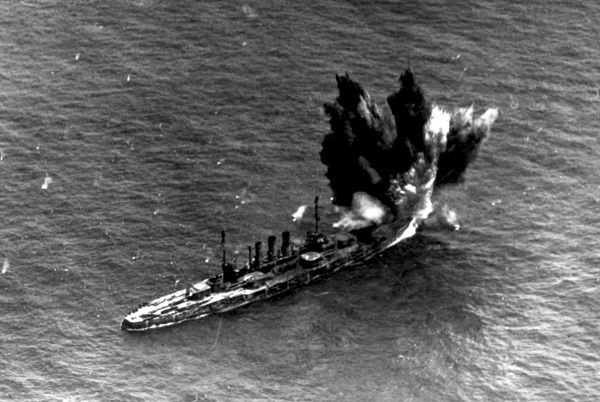 The evolution of the bomber, which continued to gradually grow larger and heavier, led inevitably to the heavy bombers that would see such huge usage in World War Two. But though the bomber would grow at a steady pace in performance and size throughout the 1920s and ‘30s, there were the occasional attempts to jump straight to this seemingly inevitable conclusion by building some absolute monsters.

And it is one of those that we shall look at today.

In the mid-1920s the French aircraft company Dyle et Bacalan began developing a three-engine transport and passenger aircraft, the DB.70. 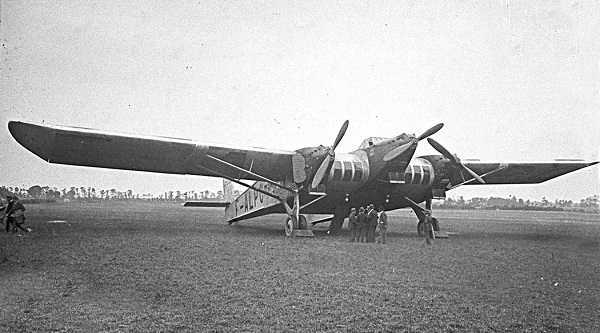 While work was ongoing on this the French Air Ministry issued a specification for a new aircraft; a four-engine night heavy bomber. Dyle et Bacalan were in the process of going broke and in 1930 reformed as a new company – Societe Aerienne Bordelaise (SAB).

The new company thought that the basic layout of the DB.70 would make an excellent basis for a heavy bomber and so developed the AB.20 from it.

In terms of design, the AB aircraft were really kind of…out there.

The aircraft were of all metal construction and had a twin boom layout, though it is more accurate to say that they had twin-fuselages rather, as these were extremely large and provided a huge amount of internal room.

But the main internal area was provided by the massively thick wing. The wings from the first engine set out were of normal thickness and chord, but between the engine and fuselage the wing was extremely thick, even being fitted with windows. 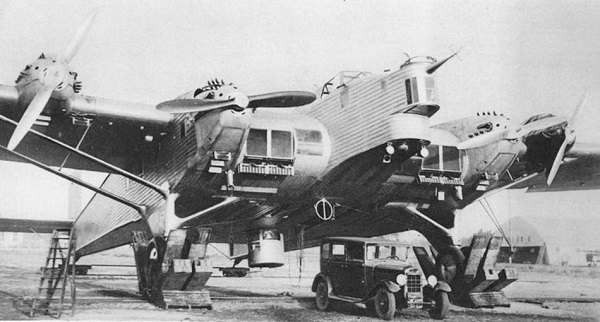 It’s almost like someone decided to add annexes to the fuselage or something.

This design allowed for a comparatively heavy bombload at the time of 2500kgs of bombs (just over 5,500 lbs). Defensive armament on the AB.20 was located in three positions; a dorsal position behind the enclosed cockpit, one in a basket underneath the aircraft and another in an open nose position.

Each of these seem to originally have been intended to fit a single Lewis gun, though had the aircraft got into service it seems entirely likely these would have been doubled up.

The nose on the AB-20 was rather unusual, appearing to almost have been bolted on as an afterthought. As well as containing the nose gunner it also had glazed panels for the bomb aimer and an odd probe structure, which I’ll admit I have not been able to determine exactly what it was for but assume it was some sort of pitot tube, though a rather hefty one if so. 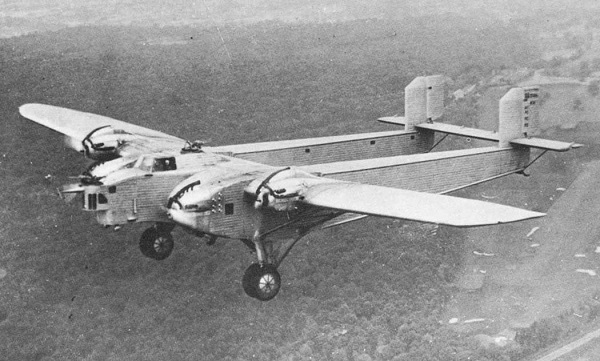 Unfortunately, the aircraft also proved quite tricky to pilot, probably unsurprising considering its layout, and after conducting military trials in September 1933 it was returned to SAB for modification.

In the meantime, they had been building a second, improved aircraft that fitted some of the changes requested from the initial testing. This aircraft, the AB-21, had a somewhat smaller wingspan, being reduced by about a foot (or 0.3 meter) and slightly lower.

The aircraft also had its weight reduced by 1,200kgs (2,645 lbs), coming in with an empty weight of 8,450kgs vs the 9,650kgs of the AB-20. The aircraft also had different engines, four Lorraine 12Ha Petrels, which though producing the same horsepower were lighter and more efficient.

There were a number of aerodynamic changes made as well. The AB-21 was fitted with a cantilever wing that did away with the strut supports of its predecessor. It also had better streamlining fitted to the fixed undercarriage, and faired cowlings over the wheels for improved aerodynamics.

Another notable change was to the nose, which now had a stepped, double-underhung partially glazed structure to it. I mean, the AB-20 was hardly a looker, but the -21…yikes!

First flight was in March 1933 and the improvements did make a difference to the aircraft’s performance. Maximum speed went up to of 220 km/h, and the range increased to 1000kms (c.620 miles). The aircraft’s ceiling was also improved.

But again, the French authorities didn’t think the aircraft was worth investing in, and the AB-21 was apparently scrapped after testing.

SAB had one final attempt at selling their new aircraft though. When the original AB-20 was returned to them for improvements they decided to try and develop a new idea.

The AB-22 – literally a flying cannon.

To this end they fitted a single 75mm Model 1897 cannon – one of the famed “soixante-quinze” guns – into the fuselage of the aircraft. This protruded out of the side and under the wing, firing between two of the wing support struts. 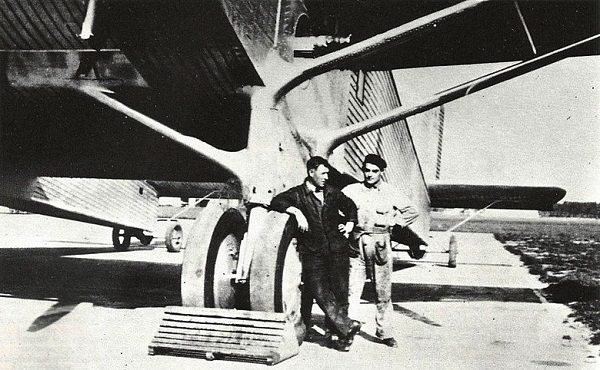 Ironically, this concept of a cannon firing from the side of a large aircraft is now very familiar to us in the shape of the AC-130. And in fact, the Model 1897 would evolve into the M4 and M5 cannon that would be used on American aircraft.

But with the AB-22 these were concepts still to be attained.

The gun barrel’s location under the wing proved somewhat ill thought out. When the French military tested the aircraft in live firing, it was found that the shock after firing five shots caused alarming damage to the aircraft’s wing.

This largely spelt the end of the AB-series, and though a few more test flights were conducted, in October 1935 the project was shut down. The end of an intriguing, and properly steampunk, couple of aircraft.