When the Nazi’s came to power in 1933, one of their key priorities was in founding a new air force and in equipping it with combat aircraft that would go on to help fulfil future plans of conquest. Initially, one of the types wanted was the Kampfzerstörer, a multirole aircraft that would have an internal bomb bay and be equipped with cannons to overmatch contemporary fighters.

But building a viable aircraft of this type was beyond what the technology of the time could deliver, and in 1935 it was thought that the role should be split between two separate and purpose-built aircraft.

For the heavy fighter, the Zerstörer, the Luftwaffe selected the Messerschmitt Bf 110, a two-seat, two-engine aircraft that would go on to serve throughout the upcoming Second World War. In fact, Messerschmitt had pulled a bit of a fast one with this, correctly anticipating that the original concept was over ambitious. 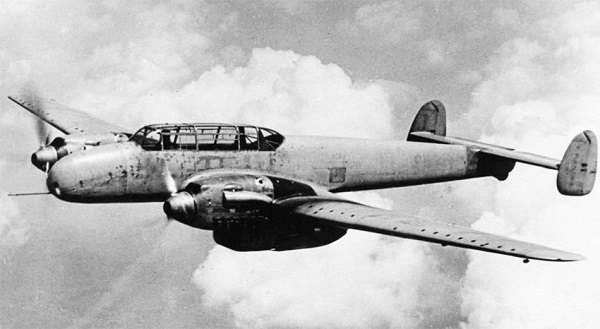 They designed the Bf 110 from the ground up as a heavy fighter, without bothering with the internal bomb bay of the multirole specification and thus were in the best position when the plans changed, and two dedicated aircraft types was recognized as preferable.

Now decided that this was the correct course, the Luftwaffe now wanted a dedicated and specialized high-speed tactical bomber which could also form the basis for a potential reconnaissance aircraft as well. A specification was therefore issued for a three-seat aircraft that was to be capable of carrying a standard bombload of 1,100lbs (500kg) and a maximum of 1,650-lbs (750kgs). Defensive armament was to be a single 7.92mm machine gun, and maximum speed should be 310mph (500kph).

The Bayerische Flygzeugwerke company, which would go on to eventually be renamed as ‘Messerschmitt’, were at the time already deeply committed in their attempts to win the contracts to provide the new Luftwaffe with their new fighter and heavy fighter – attempts that would be successful and produce the Bf 109 and Bf 110. But this was still in the future and not guaranteed, especially considering the enmity felt towards Messerschmitt by Erhard Milch, the State Secretary for Aviation in Nazi Germany.

So, Messerschmitt was keen to try and win any contracts they could, and with their new heavy fighter prototype coming together and showing promise, they decided that this could provide the basis for both a new reconnaissance aircraft, which would become the Bf 161, and a light bomber. 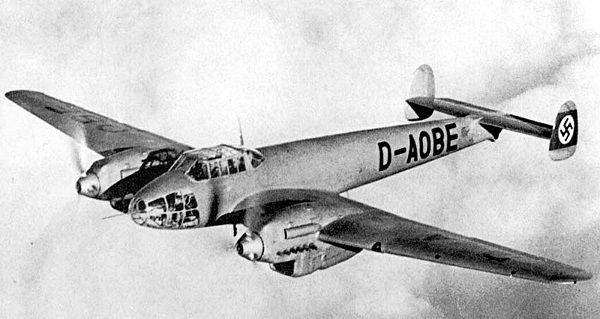 In design, it drew a lot from its heavy fighter forebear, being a low-winged, two engine design that was constructed entirely from metal. Indeed, there is a clear resemblance between the Bf 110 and -162, with both using a twin-tail and similar wing design.

In fact, the Bf 162 had an increased span and greater wing area to deal with increased loading from the bombload, and the fuselage also longer and with a more rounded look to accommodate the internal bomb bay. 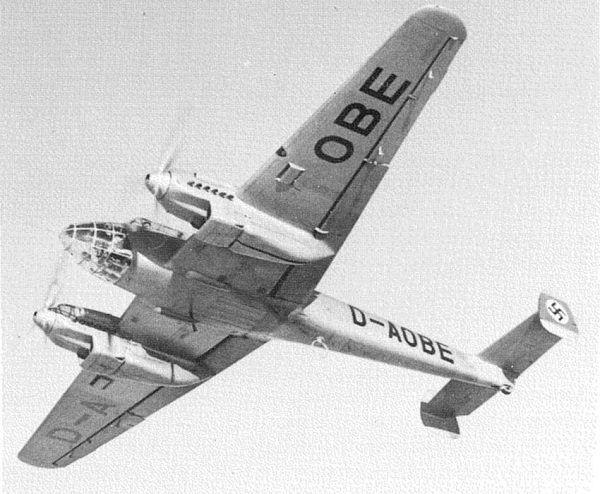 The most notable visual difference in the types is the Bf 162’s glazed nose, which housed the bombardier, while the pilot sat behind him and a rear gunner, equipped with the requisite single machine gun, had a dorsal position at the rear of the glazed cockpit. Bomb load was to be composed of ten 50kg bombs, and apparently consideration was given to fitting external shackles for the carriage of an additional two 250-kg bombs.

Like the prototype Bf 110, engines were two Daimler Benz DB 600 engines which each produced just under a thousand horsepower. With these the first aircraft, the Bf 162 V1, flew for the first time in February 1937.

This was intended to be the first of five pre-production aircraft, with a potential follow up for another sixty-five aircraft in the 1937/38 production plan. By the time the second aircraft flew in September, both the Bf 109 and Bf 110 were in full production. With this sort of success, Messerschmitt likely thought they had a triple on the cards.

But flight testing was disappointing. The Bf 162 proved capable of a maximum speed of 300mph (c.480km/h), substantially slower than the two rival aircraft that it was competing against: the Henschel Hs 127 and the Junkers Ju 88. Additionally, the Junkers, a bigger aircraft, had a greater bomb load and defensive capability.

Messerschmitt was allowed to complete the third prototype, but the inferiority of the Bf 162 was plain and the Ju 88 was selected to be the Luftwaffe’s new tactical bomber. Considering that Messerschmitt was already committed to building two of the most significant aircraft that Germany would eventually go to war with anyway, the selection of the Ju 88 would have made sense from a production point of view even without the Junkers’ superior performance.

The two ordered but unbuilt prototypes were used to provide material for Bf 110 production, and the second of the completed aircraft was used in towing trials for the Me 163 rocket interceptor later.

In terms of other influences, the similarity to the later Soviet Petlykov Pe-2, has caused some speculation that the Bf 162 may have influenced that aircraft. 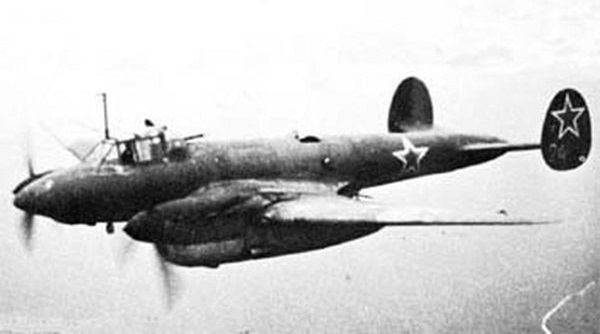 Given the close relationship between the two countries at the time is a possibility, though it is more likely that it is a case of similar design parameters throwing up the same construction ideas.

And the Bf 162 also served one other role before it vanished into history, with the Nazi Ministry of Propaganda printing photographs of the aircraft and pretending that it was actually in service; a common ploy that that they used with several experimental and non-service aircraft to fool Allied intelligence.