The Focke Wulf 187 Falke (Falcon) was a single seat heavy fighter that on paper had a lot going for it but which lacked a role in the Luftwaffe’s doctrine. Created by Focke Wulf’s legendary designer, Kurt Tank, the Fw 187 was built to fulfil the role of a high-performance, long range fighter.

Tank’s idea was not to build what was then considered by the Germans as a “true” heavy fighter like the Messerschmitt Bf 110. Instead he envisaged an intermediate class of aircraft between the heavy two-seat Bf 110 and single seat fighters like the Bf 109. This would combine comparatively heavy firepower, long range, high speed and good manoeuvrability.

The proposal was met with a very luke-warm reception. The Luftwaffe had a clear idea of what they wanted for their Zerstörer (Destroyer) concept, and the Bf 110 was in production to meet it. 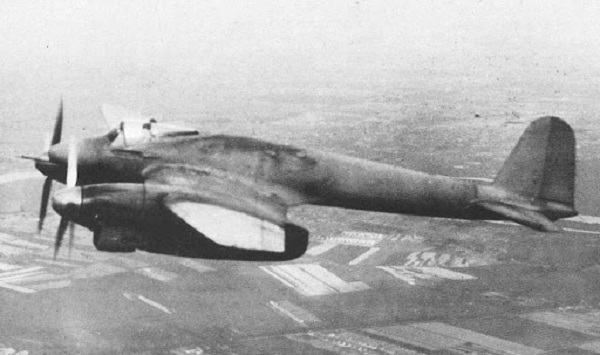 Permission was granted for a test aircraft to be built and this flew in May 1937. It promptly caused a stir as the aircraft managed a top speed 50mph faster than the Bf 109B fighters that were then coming into service – despite weighing twice as much and with double the range. Climb and dive rates also matched that of Germany’s premier fighter. 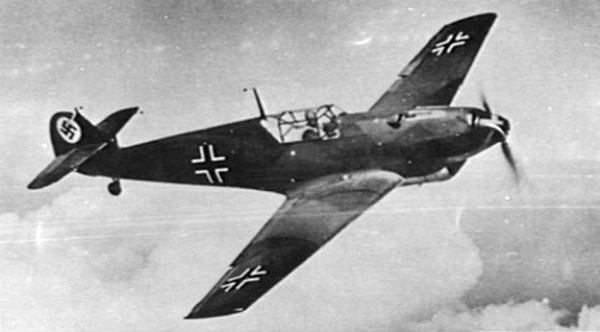 The Bf 109B. A cutting edge fighter, the Fw 187 surpassing its performance was a shock that the Reich Air Ministry refused to believe initially.

Some other examples were built for testing various engine fits, dive bomber potential and the possibility of adding a rear gunner; but the Luftwaffe stubbornly refused to accept that they required the aircraft.

Only six prototype and three pre-production aircraft were built. Designated the Fw 187A-0, these three had an armament of two 20mm MG FF cannon and four 7.92mm MG 17 machine guns. Equipped with Junker’s Jumo 210 engines each producing 680hp, the A-0s had a top speed of 326mph, which at the time of their entering service in 1939 was very good. 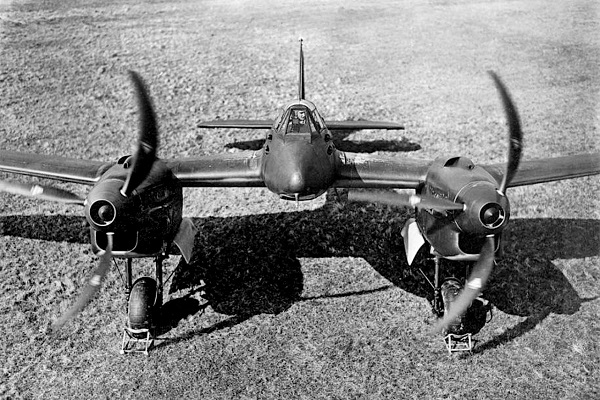 In many ways they mirror the Westland Whirlwind, combining good performance, long range and heavy firepower despite having engines that were low in power.

The A-0s were assigned to Werksschutzstaffel Bremen, one of several locally raised units flown by aircraft manufacturers to protect their production sites. They were attributed with several kills with this unit, though now it’s impossible to be sure whether this was purely propaganda. 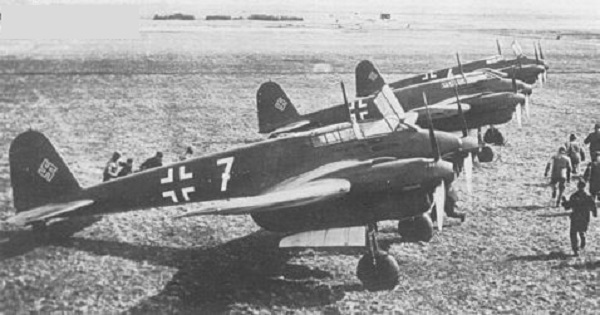 In fact that was the types principle contribution to the German war effort. As part of the propaganda campaign to inflate the strength of German forces, Fw 187s were touted in films as a new fighter aircraft for the Luftwaffe. This led to the three fighters being deployed to a squadron in Norway in the winter of 1940/41.

Here they were reported to be much more popular with the crews than the Bf 110s the unit operated and, hearing this, the Reich Air Ministry quickly had them recalled back to their defence duties.

The few aircraft built served as test beds and ended up scrapped before the war ended as more important priorities came up.

While it is naturally easy to look back with hind-sight and criticise decisions made in the past, it is quite startling that the Luftwaffe failed to appreciate not just the aircraft’s potential, but the flaws in their “destroyer” concept. In fact bitter experience would prove that the Luftwaffe would have done very well to have a high performance, long-ranged heavy fighter capable of going toe-to-toe with single seat fighters.

During the Battle of Britain, the Bf 110s proved barely able of holding their own against Spitfires and Hurricanes, whilst the Bf 109s suffered from insufficient range to be able to escort bombers effectively. And this situation would be even worse once the campaign against Russia started.

In fact, we have the perfect example of what the Luftwaffe could have had in the Fw 187, if only they had got their air warfare doctrine tweaked correctly. About the same time the A-0s entered service, another manufacturer was test flying a twin-engine, single-seat fighter that excelled as a long range fighter-bomber and which would go on to be one of the great aircraft of the war. 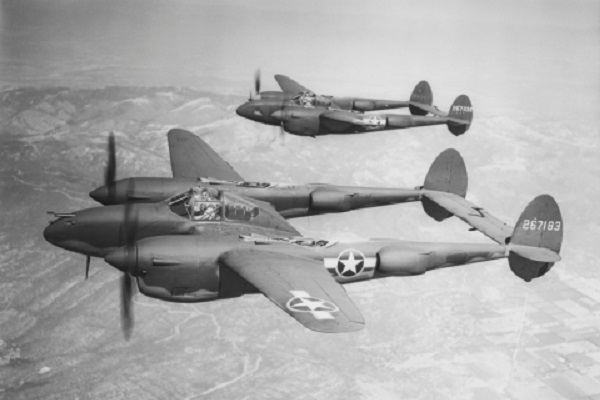 This aircraft would prove flexible in multiple rolls, be the mount for America’s highest scoring ace and would be nicknamed the “fork-tailed devil” by German pilots, who certainly respected it’s attributes of….heavy firepower, high speed and long-range.

Naturally, we are supposing the Fw 187 would not have suddenly developed some horrendous characteristic that further development may have bought to light. But the success of the design in the limited front line service it did perform does raise a thought;

Perhaps if the Luftwaffe and Reich Air Ministry had not been so inflexible in their attitude they could have had a really excellent aircraft in service that may have proven more valuable in the long run than the ones they chose.