The field of aircraft design has thrown up some…unusual schemes. For the Russians, you had the Nikitin-Shevchenko polymorphic fighters. In Britain, you had Blackburn. And then there’s France!

For the United States, there are again a number of options for “weirdest national design”. But I think this is probably the top contender. The Johns Multiplane. 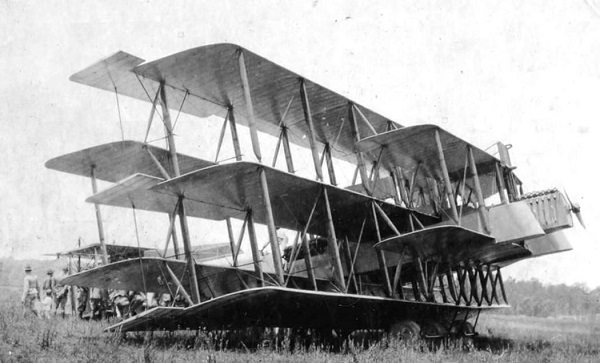 Now, this is a novel one for me because normally I can find plenty of information on an aircraft but not many photographs or film footage. With the Multiplane, I actually (I think for the first time), have the opposite problem. There is very little written about this aircraft, but plenty of photographs, oddly enough.

Anyway, here is the little that I have been able to find out about this monstrosity.

In 1916 a patent was issued to Charles Hermann of the American Multiplane Company on a new aircraft that had been designed by Herbert Johns, also of the AMC. The intention for the design isn’t recorded, but given its size and name, one assumes that the idea was for the Multiplane to do…well, just about anything, but I’m guessing intended service as a bomber/transport.

Nothing particularly surprising about that. But what really marks the aircraft out, in case you hadn’t already noted, was the wing layout. It had seven wings (nine if you count the tail). 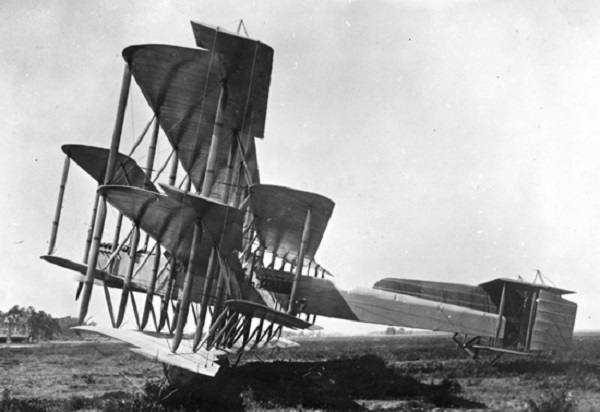 In fact, the Multiplane had the appearance of a big triplane that had been crashed into by two smaller biplanes. In that it had a main triplane structure, which had six ailerons for control, with additional double wings in front, and the same behind.

(Honestly, I have no idea how to describe this set up, it must be utterly unique).

Powerplant was three Liberty engines, with one in a tractor configuration in the front of the central pod that housed the cockpit, while the other two were mounted as pushers in bays in the wings. One assumes that in military service these could have been used to also house defensive machine guns.

Development of this behemoth took a while and apparently the United States Army Air Service took an interest. They had the aircraft assembled at Langley Field in Virginia, which was the United States primary testing ground at the time. 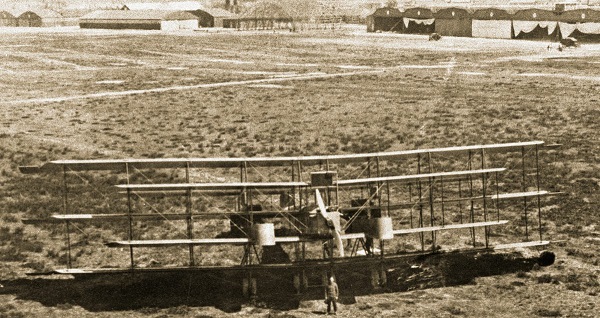 Priority seems to have been low, as it wasn’t until March 1919 that the Multiplane was finished, though this may have been a consequence of the builder’s lack of experience in building aircraft, as well as the sheer complication of putting together such a massive machine.

As it was first flight was attempted in April that year.

Note the use of the word “attempted”. The aircraft was to prove very tail heavy and promptly crashed nose down.

Repairs and modifications took a while, and it wasn’t until July 1920 that the Multiplane was ready for another flight. The huge aircraft did apparently get airborne… for perhaps one hundred yards before flopping once again into the ground. 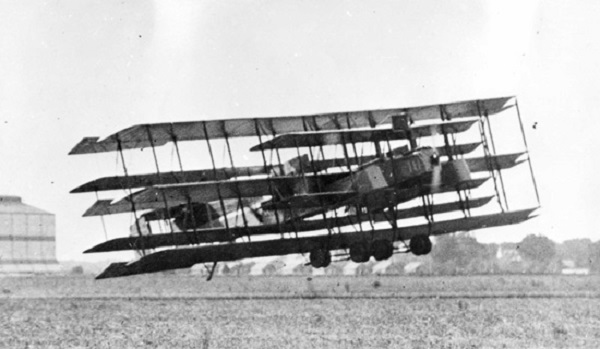 I mean, the aircraft seems to have been pretty well built, as it didn’t come apart. But it was apparently a real brute to try and get into the air with exceptionally heavy controls, from what little survives of accounts of the aircraft.

The US Army Air Service at this point had realised that the Multiplane was a flop and had purchased it for the nominal price of a dollar. But with it now apparent that it was of little use and just cluttering up the place, by September 1920 the USAAS decided to scrap the Multiplane – the end of one of those weird wonders that crop up in aviation history with a fair amount of regularity.