The most produced combat aircraft to date is the Ilyushin Il-2. A heavily armed-and-armoured ground attacker, the IL-2 was used throughout the Second World War. Generally remembered today as the shturmovik, to the Russian soldiers it was “the Flying Tank”. 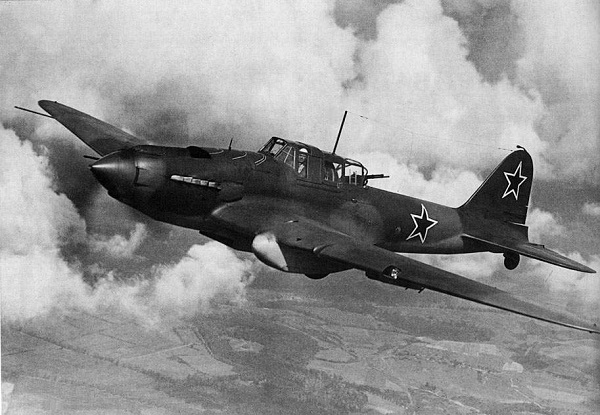 The Il-2 fought in the most savage battles on the Eastern Front, providing critical support to Soviet ground forces, and a staggering total of 36,183 were built.

Despite its well armoured construction losses were heavy, but the concept of the heavy attack aircraft became a standard feature in the Soviet military and so they were keen to improve on the shturmovik concept. This initially meant building an improved version, the Il-10.

That entered service in early 1945 and a not insubstantial 6,166 would be built. These would provide the backbone of the Soviet and their eastern bloc allies air forces ground support squadrons postwar. 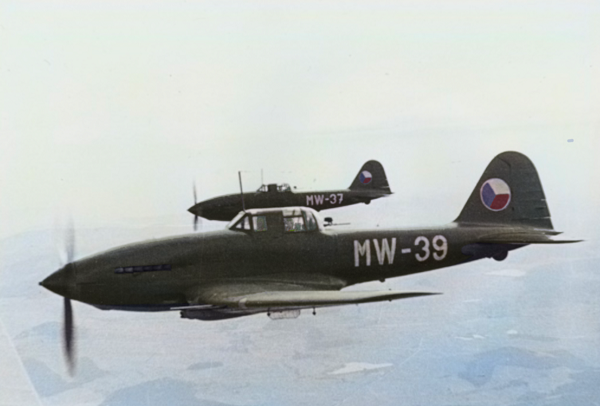 But the Il-10, though a better aircraft technically than its predecessor, shared many of the Il-2s shortcomings. Firmly wedded to the idea of the heavy ground attacker, the Soviet Air Force decided they wanted something to make the most of wartime experience that would be the next generation of the Shturmovik.

Ilyushin, the master designers of the concept, rose to the challenge. And first they produced the Il-16, a faster and lighter version of the Il-10, but that didn’t really work out.

So, they went back to the drawing boards, and produced…

It may not have been much of a looker, but there was solid reasoning in its odd appearance. As anti-aircraft weapons became more mobile and more lethal, ground attack aircraft in World War Two generally had to rely on making attacks on targets from extremely low altitudes. For many single engine designs, which mounted the powerplant in front of the pilot, this meant restricting his view of the ground – hardly an ideal situation.

The Il-2 had got around this by mounting the pilot comparatively high in the fuselage and dropping the engine mount, as well as careful design of the cowling. This gave the Il-2 pilots an eight degree downwards view from the cockpit, which was better than most contemporaries but still extremely limiting.

The Ilyushin bureau came up with an idea on how to improve this pilots view. Instead of having the pilot behind the engine, he could be on top on it. 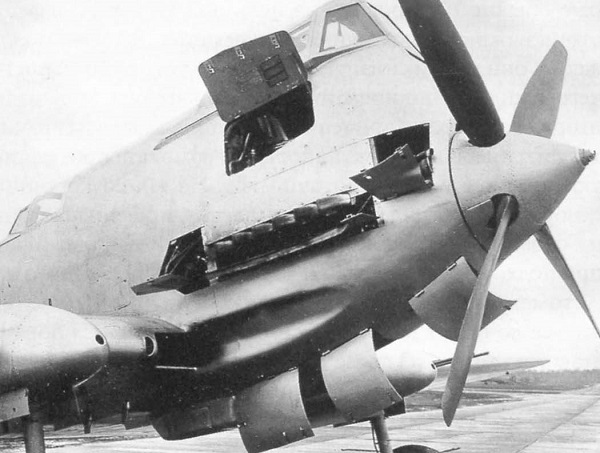 In fact, Ilyushin didn’t come up with this idea, as it had been used in certain carrier aircraft for a while, such as the Blackburn Blackburn and Shorts Seamew.

But for a ground attacker, the layout offered additional advantages. On top of the improved visibility, the engine, pilot, rear gunner, cooling systems and the fuel tanks could all be housed in an armoured pod that formed an integral part of the aircraft structure.

This was made of steel of between six and fifteen millimeters in thickness and weighed just over 1,800 kgs, or 4,000lbs – about a quarter of the aircraft’s empty weight. This meant that the aircraft was considered proof against 12.7mm heavy machine guns and resistant to 20mm cannon.

Additionally, the pilot was protected by a windscreen of armoured glass 100mm thick.

This extended right down to the propeller hub and thus provided the pilot with a view 37 degrees below level – a huge increase on the Il-2 and -10. This meant that in a dive of 40-45 degrees the pilot could see the ground directly beneath the aircraft, a huge advantage for situational awareness.

Various weapons fits were considered for the Il-20, including cannons in the fuselage that fired downwards at an angle, which would have allowed the aircraft to conduct strafing runs while in level flight. There were also proposals to fit the aircraft with 37mm or 45mm cannon.

But when the prototype flew, the designers settled on a more conventional arrangement. The Il-20 had four 23mm mounted in the wing. However, these guns could be pivoted to point downwards by 23 degrees, allowing the afore mentioned level flight strafing runs to be conducted. 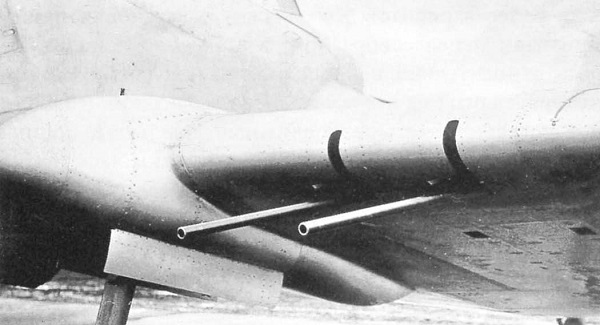 The Il-20 was also fitted with an interesting defensive armament. The rear gunner, who was separated from the pilot by the fuel tank, controlled a 23mm cannon in a remote-control turret which could traverse through 180 degrees and elevate to the almost vertical.

Additionally, the Il-20 was intended to carry a jettison rack with ten AG-2 aerial grenades. This is a rather interesting weapon that was used on many Soviet attack aircraft. When being pursued by an enemy fighter, the bomber would drop the rack, which scattered the parachute-fitted aerial grenades behind it. 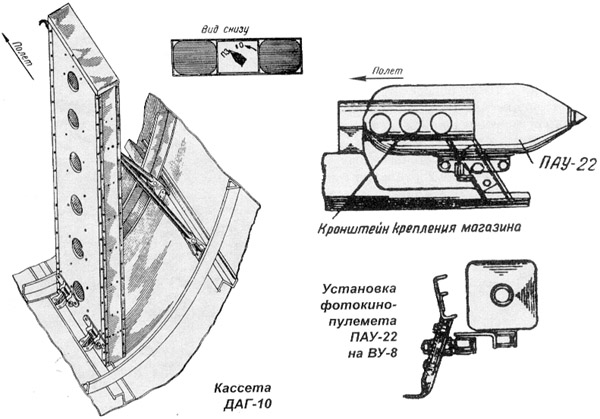 These would detonate three-to-four seconds after, making essentially a flak burst behind the aircraft and hopefully right in the face of the pursuing enemy.

According to the Soviets, it was highly effective. On the Pe-2 fast attack aircraft, there are reports that one in five kills achieved by the type were with the AG-2.

Unfortunately, it didn’t go well. Probably due to the extra drag caused by the pilots positioning, the Il-20 proved slow, reaching a maximum speed of only 320 mph (515 km/h).

The air force also had criticisms. They didn’t like the fuel tank between the crew and had concerns about the pilot’s safety when getting out of the aircraft with the propellor turning or in an emergency. They had also wanted six offensive cannons, not four.

All of this meant that the Il-20 was not up to requirement, and Ilyushin went back to the drawing boards and played with a few other ideas and concepts.

But by then jet and guided missile technology was also pointing the way towards the future, and these avenues where the ones to be pursued.

In May 1949 the Il-20 was cancelled and consigned to history.