Looking like the aircraft equivalent of Joseph Merrick – AKA “the Elephant Man” – the Shorts S.B.3 was a prototype carrier-based anti-submarine aircraft that was the final attempt to get an order for the Short’s Sturgeon.

It is probably not a surprise to learn that such an…unusual looking aircraft was a product of trying to adapt a design over several years of changing specifications. In 1943 and as the tide of World War Two began to turn, the Royal Navy put out a requirement for new carrier torpedo bomber, which Short’s wasn’t invited to tender for, but they did anyway.

Later that year a new specification was issued for a twin-engine naval reconnaissance aircraft which had a secondary attack capability. Again, Short’s entered their design – the Sturgeon – and this time they actually won.

The aircraft proposed was a rather neat-looking design, powered by two Merlin engines and capable of carrying ASV radar, cameras or a 1000lb bombload. Thirty were ordered, but then the Second World War ended, and the Navy no longer wanted the Sturgeon.

But production was underway, so they had to figure out what to do with them. Here things began to get ugly – so to speak.

Most of the Sturgeons were converted into TT.2 and ‘.3 target tugs, and these served for a few years. They may not have been great looking, but they did the job. 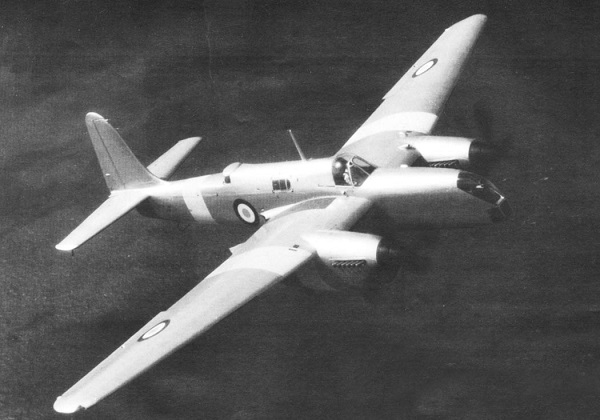 But Short’s still had hopes for the Sturgeon and figured that it might make a carrier anti-sub hunter. So, they took two of the original aircraft in 1949 and created the S.B.3.

The Sturgeon was a proven airframe, capable of operating on at least some of the serving carriers and was ready for production. It wasn’t pretty, but if it could do the job, so what?

That’s where the problem lay. Because the S.B.3 had the original Merlin piston engines replaced by Mamba turboprops. These, combined with the substantial changes to the aircraft layout, changed the handling characteristics of the S.B.3. 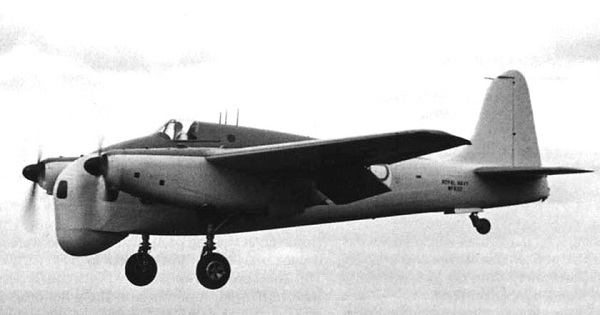 The aircraft is reported to have been difficult to trim for long flights – important for a patrol plane – and the one flying example made a single demonstration at Farnborough in 1950. There its looks drew some comment, and the test reports on the aircraft’s issues killed the S.B.3. In 1951 both prototypes were scrapped and the Royal Navy proceeded with other designs.